21 September 2015
39
The head of the German Air Force, Lieutenant-General Karl Mülner said that for the first time after the outbreak of the crisis in the territory of Ukraine, German Eurofighter fighters began to patrol the airspace of the Baltic States with full ammunition on board, reports "Military Industrial Courier". 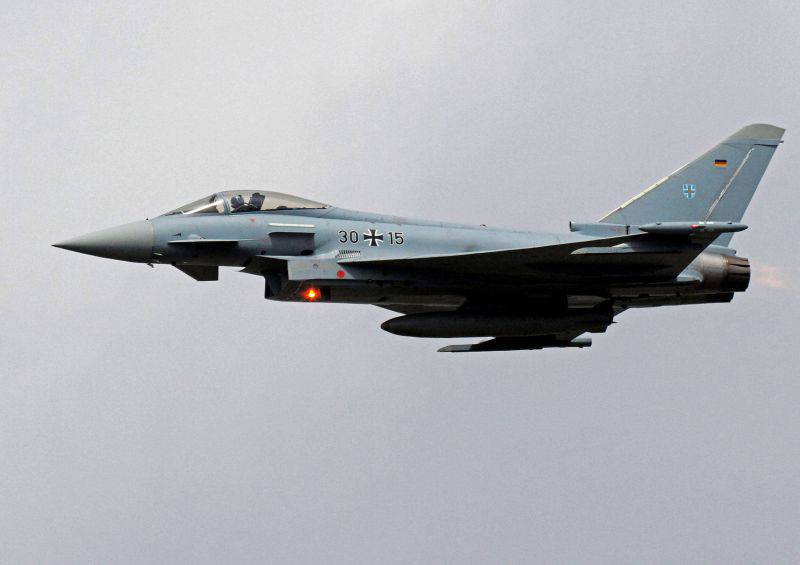 Mulner emphasized that the armament of the German aviation "Is not a means of escalation," but is necessary for an adequate response to the actions of a potential adversary. According to him, full ammunition is also a means of "motivating the soldiers" who perform tasks in the sky over the Baltic.

There is no aircraft for armaments of the Baltic states that could effectively protect their airspace, therefore, since April 2014, they have been assisted by NATO aircraft based in Lithuania at Zokniai airfield, located five kilometers from Shaulyai. One more platform on which airplanes of the North Atlantic Alliance are located is the air base Emari.

Ctrl Enter
Noticed oshЫbku Highlight text and press. Ctrl + Enter
We are
The Armed Forces of Latvia: Eurofighter Typhoon planes rose into the sky over the Baltic to intercept seven aircraft of the Russian Air Force
39 comments
Information
Dear reader, to leave comments on the publication, you must to register.