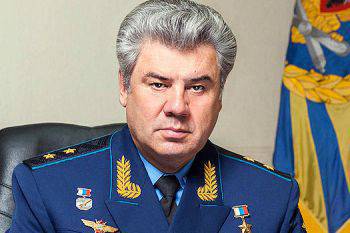 The fifth-generation Russian multipurpose fighter, the PAK-FA T-50, will be tested in real life at numerous combat training events in the 2016 year, when it will be deployed to the Air Force of the Russian Federation. This was announced on Friday by the commander of the Russian Aerospace Forces, Colonel-General V. Bondarev.


Aircraft, or rather a promising front-line complex aviation, was developed to replace the Su-27 fleet.
The tests of this complex are from the end of January 2010.

So that the reader does not accuse the authors of biased comments about the advantages and disadvantages of the T-50, below is a comparative table with detailed characteristics of the main 5 aircraft of different countries. 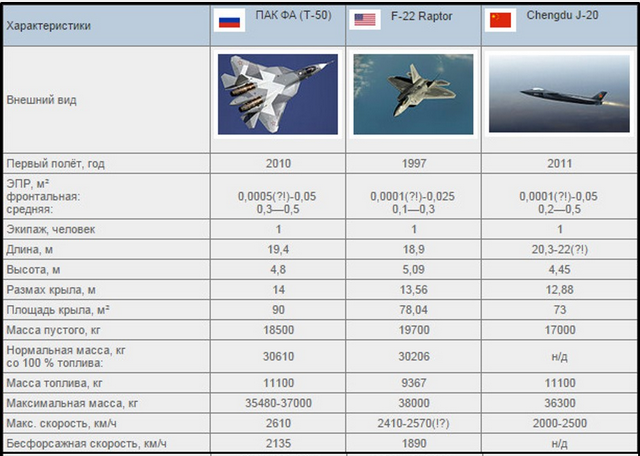 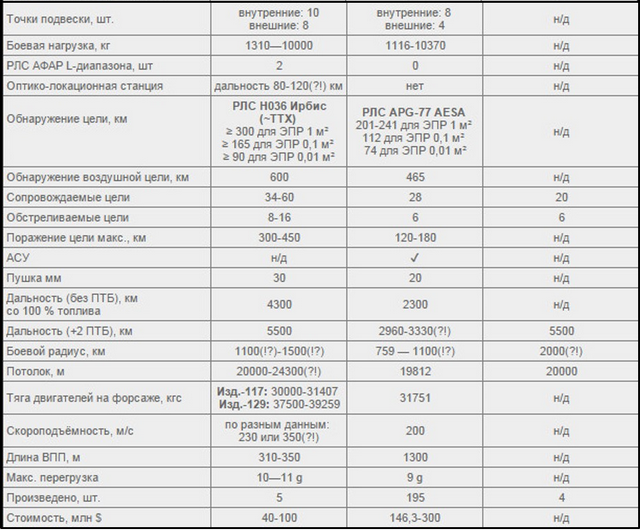 A literate person will not be difficult to deal with the pros and cons of a particular model.

Earlier, sources in the Russian Ministry of Defense and the Kommersant newspaper reported that according to the State Armaments Program before 2020, the X-NUMX of the T-52 aircraft (in 50-2016 years - in 2018 units, in 08-2019 - on 2020 units). But due to the difficulties encountered in financing the project, the question of supplying a batch of up to 14 units is still being considered. 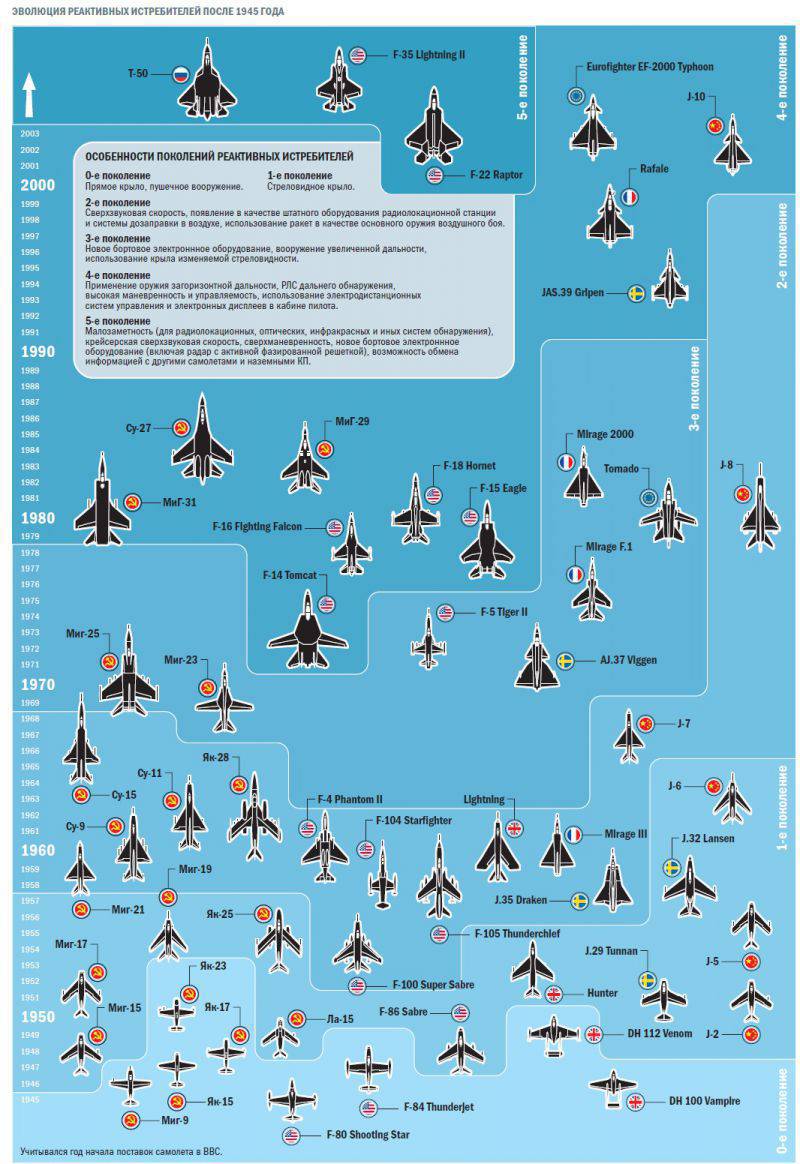 Deputy Minister of Defense of Russia Yuriy Borisov He also confirmed plans to reduce the number of T-50 planes purchased: “In the new economic conditions, the initial plans for the purchase of T-50 can be adjusted. It would be better for us to have a start in the form of the PAK FA and then the opportunity to move forward, squeezing all the possibilities out of the 4 + generation fighter jets (and 4 ++ too - editor's note), ”he said.

Crises and the state of underfinancing sooner or later pass, so the troops will see this beautiful car, and in large numbers.
The evolution of the creation and development of jet fighters after 1945 of the last century is shown in the diagram below.

Ctrl Enter
Noticed oshЫbku Highlight text and press. Ctrl + Enter
We are
Space mapA matter of national importance
47 comments
Information
Dear reader, to leave comments on the publication, you must to register.