How Sergei saved the commander

28 September 2015
6
Seryozha and Anya Gudina were orphans and lived together. How could, managed with a small farm. They kept the goat Muska, and just before the war, someone's horse, blind in one eye, came to them. Seryozha studied at a locksmith at the Yelets railway school. Anya did not go to school yet. 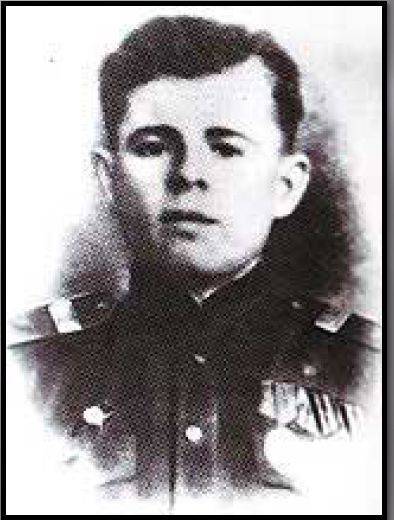 On that December 1941 day of the year, when the fascists came close to Yelets, the roar of explosions was such that the guys could only talk. Anya was very scared. Serozha, too, was frightened, but he brave at his little sister. Milk Milk, gave Ana milk. And he sent the girl to a neighbor, aunt Masha. It seemed to him that it would be safer among adults. He could not leave himself - it was very pity to leave his home. Seryozha was desperately hoping that our soldiers would not let the fascists into the city. But the roar of the cannonade approached. On Valuiska mountain, not far from the Goudins' house, Red Army men already appeared. They rushed from house to house, firing from soldiers in long overcoats. We tried to hold back our enemies, but there were many more.

“They will take the Yelets today!” - Sergey understood. He closed the door on an iron hook, as if it could protect against the fascists. Looked around - is there any weapons? And suddenly I heard a prolonged moan right outside the door. For a minute, Seryozhka got scared even more. It seemed that the fascist was hiding behind the door and wants to lure him out of the house. But he immediately overcame himself and threw back the hook. On the threshold lay the Red Army man.
- Who are you?
The soldier stirred.
- Its ... wounded hard ... help ...

Sergei dragged the fighter into the house. In the faint light of the oil lamp he examined it: pale, black-haired, blood on his lips, breathing hoarsely ...
“Do not be afraid,” the fighter said with difficulty. - I am a political instructor, Roman Korobko. It is necessary to rest, yes the Germans are near. If they find out that you sheltered me, both will be shot.
- Do not know! - ardently said Sergey. - I'll close the door by the hook.

Sergei laid Roman Demidovich on the bed. He threw his greatcoat into the well, hid documents and a map of military operations behind the doorjamb board. The board neatly hammered with nails - they will not find it! But even without documents it was clear that a soldier wounded in battle lay on the bed. Meanwhile, the fascists, meanwhile, were already pacing along Yelets as the masters. They looked at the houses - they chose a suitable headquarters for themselves. Seryozhka saw it through the window and told the political officer.
- Do not regret the glass, knock out and lay a hole with straw, - he advised. - The Germans are afraid of the frost, they are used to living comfortably. You do not turn up.

Seryozha did so. The wind immediately began to walk around the house, it became very cold, but it was safer.
Roman Demidovich was very bad. Seryozhka drank it with goat's milk, fed it with boiled potatoes. At night, slowly brought a neighbor, nurse Nina, she made injections and gave medication. After taking Nina home, Seryozha decided to go through the streets of Yelets.

At the women's market were three tank. The Nazis installed a machine gun on the church. The teacher’s house housed the German headquarters.
The boy remembered everything he saw and told Korobko, the political instructor.
- Eh, we would pass this information to ours! - he sighed. “They will certainly gather forces today and tomorrow and go on the offensive ...”
- I'll pass! - Sergey volunteered. - You just put everything on the map. I really got it ...

Our fighters, who settled down in the woods outside the city, Seryozh went at night. It was very scary to go. But there, in his house, lay Uncle Roman, who was very much hoping for help. And in Aunt Masha's house a scared little sister Anya waited for her brother, which the fascists could kill every day. And Seryozhka went forward.
- Stop! Who goes? - A voice rang out behind his back.
- Own! - the boy was delighted. “I carry a card from political instructor Korobko ...”

The next day, our fighters opened fire on the Germans. Volleys rumbled one by one, each hit exactly on target. Once - and to headquarters. Two - no machine gun on the bell tower. Three - smoked tank in the women's market ...
- Uncle Roman, this is your card leads them! - rejoiced Sergei, looking out the window. I'll go see?
“Go, just be careful,” the political instructor allowed.

... Seryozhka walked along the crippled streets of Yelets. Now and then shells exploded, and then a frightened boy pressed against the fences. He told himself that people put fences in order to protect themselves from thieves and hooligans. Maybe they will save from shells?

Suddenly, a group of people came out of the alley. "Germans!" - a thought flashed. But after a few seconds, Seryozhka recognized the fighters who met him in the forest. And he boldly ran to them.
- Wow, you fired! And now you will take the city?
- Seryozhka! Alive! - surrounded his soldiers. - Help us out again - show the way to the cathedral! Only quietly need to get close.
- It is possible, - Seryozhka was delighted. - Bypass let's go past the cardboard factory.

So the fourteen-year-old boy became the escort of a large detachment of the advancing Soviet troops. He led the soldiers to the church, and then they ordered him to return home. Seryozhka was hurt: what is it, small? But the order is an order.
The fascists were expelled from Yelets. Politruk Korobko got a little stronger and could already get up. He needed to be treated at the hospital, and the soldiers took Roman Demidovich with them.
- Wait for the news, son! - He said, saying goodbye to Sergei.
- What news? - I did not understand that.
- Enjoy!

A month later, an unfamiliar car stopped at the Gudins. A young officer came out of it, said hello from political instructor Korobko and asked Serezha to go with him. Seryozha, of course, agreed, before the eyes of the amazed neighbors got into the car and drove away. He returned in the evening - in a new overcoat, boots, with a large package of chocolates. On the chest glittered medal "For courage." She was presented to the boy by General Timoshenko himself ...

Seryozha grew up, became Sergey Polikarpovich. He worked as an assistant locomotive driver. He raised two sons - Tolya and Vitya.
In Yelets, on Lamskoy Street, the house is now number 5, in which Korobko, the political instructor, was once saved. True, now the house looks completely different. All windows have been inserted in it for a long time, and now other people live here.

Finally - historical reference
The fascists hosted Yelets a little less than a week, but they carried out a bloody terror in the city. From morning till night they were looking for the wounded, hidden in the homes of the villagers. Without pity they shot women, old people and children. There is a case in which the Germans dragged along several streets on a rope pulled around a neck, a naked one year old boy.
However, not a single warrior of our army was delivered to the enemy. Thus, elementary school teacher No. XXUMX Lyashkov together with her students sheltered the injured 4. How, probably, it was scary to Sergei Goudin ...