Every two years, Nizhny Tagil accepts, and Uralvagonzavod organizes the International Exhibition of Armament, Military Equipment and Ammunition (RAE), which this year was the 10, jubilee.

Almost 200 enterprises have become exhibitors. They placed 2700 exhibits demonstrating the latest achievements in the field of defense, 98 large-sized were on open sites. The organizers reported that official foreign delegations visited the exhibition, 52 of which were represented by defense ministers, chiefs of general staffs and commanders-general of land forces, and heads of arms purchasing departments. In total, over the four days of work, a demonstration program and exhibits came to see almost 13 thousand people, to cover the event, more than 50 journalists arrived. 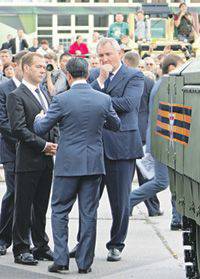 On the second day of work, the exhibition was visited by Prime Minister Dmitry Medvedev, Deputy Prime Minister Dmitry Rogozin, Minister of Industry and Trade of the Russian Federation Denis Manturov. The central events of the RAE-2015 were the II Military-Industrial Conference with the participation of a number of high-ranking representatives of the Russian authorities and a round table with the participation of the heads of committees of the State Duma and the Federation Council on defense and security. For the first time, three committees of the State Duma met almost in full force outside their native walls. 20 parliamentarians arrived in Nizhny Tagil specifically for participation in RAE-2015, their active participation gave the exhibition a special significance and a high level of informative discussions. The central themes of conferences, round tables and the exhibition as a whole were import substitution in the defense industry, competition in the global arms market and overcoming economic crises.

A visit to RAE-2015 by the Prime Minister was accompanied by a stir from the press and visitors. While in the pavilions, Dmitry Medvedev, accompanied by Dmitry Rogozin and Oleg Sienko, general director of the Uralvagonzavod corporation, was able to calmly examine the exposition, then on the street high-ranking guests immediately surrounded the crowd, squeezing through which was possible only with the help of security officers.

Uralvagonzavod, in particular, presented at the exhibition two vehicles based on the Armata platform: the T-14 tank and the heavy BMP T-15. But they were not shown in action, although this point was perhaps one of the main intrigues of the exhibition. Already at the end of RAE-2015, it became known that “Armata” in “all its glory” will be shown only two years later on RAE-2017. About this TASS reported the deputy. Director General of Uralvagonzavod Alexey Zharich. “We hope that in 2017, the Ministry of Defense will allow us to demonstrate the fighting qualities of the newest models of Russian weapons, including Armata,” said Zharich.

Before the start of the demonstration program, Dmitry Medvedev made an opening speech. The Prime Minister considers modernization and technical re-equipment to be one of the strategic tasks today. “Today, our country is a key international player in the field of military-technical cooperation, ranks second in the world in terms of sales of military equipment and weapons. Of course, we would very much like to keep these positions ... Today, it is perfectly clear that our country is not in the simplest situation. The course for the replacement of imported technology is not situational, not momentary, it is a long-term course. It will not change our plans for the implementation of the state armaments program, for the development of our military-technical cooperation. I would also like to specifically emphasize this. One of our strategic tasks is the modernization and technical re-equipment of defense enterprises, ”said the Prime Minister.

Dmitry Medvedev described the situation as a whole, at the Military-Industrial Conference a few hours earlier, Dmitry Rogozin described the situation in more detail. From the very beginning, the Vice Premier noted that he would like to speak not only with a welcoming speech to the participants of the conference, but also to focus the attention of those present on a number of important points. Rogozin highlighted particularly important topics today: import substitution, the problem of the products of Ukrainian enterprises, personnel issues and global re-industrialization. 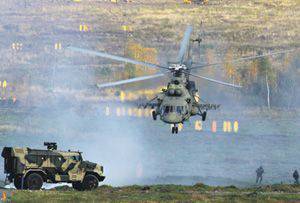 “The most important thing is to understand the details of how we will live in the coming years, how we will put things in order in order to make the most efficient use of every ruble, every penny invested in the state defense order, especially at this time. The time is not easy, the time of economic pressure on our country ... We understand that the main goal of import substitution is not the reproduction of foreign products, but the creation of more constructive domestic products based on a modern technological base. We have many tasks, but the most important: we, solving the problems of rearmament of the army and fleet, must withstand this difficult time, go through it with dignity, grow stronger, so that the trend towards the industrialization of the country has never been challenged and stopped by anyone. The current time requires the defense industry to not only solve the problems of the domestic industry, we today stand, in fact, as the vanguard of strengthening the country's power and its industrial potential. The Russian government has organized annual monitoring of all consolidated state-owned companies. As part of this work, the issue of ensuring transparency of corporate procedures is considered. On September 1, the Federal Law “On Amendments to the Federal Law“ On the State Defense Order ”and certain legislative acts of the Russian Federation” entered into force. In accordance with this law, the work of the system will begin, which will contain information on payments for state defense orders, ”said Dmitry Rogozin.

The last cited thesis of Dmitry Rogozin for the NVO was commented by Maxim Kuzyuk, General Director of Technodinika holding of Rostec State Corporation: “The main issue at the conference is the updated law on state defense order, which will require administrative work, it ensures greater controllability of spending money at enterprises. In principle, this is not new for us, because we both in the holding and in the state corporation have implemented a control system that is necessary for the effective management of enterprises. But the Defense Ministry wants more transparency. This is the right measure at this stage, although it will require more efforts, administrative support, the banks will be loaded, we, the Defense Ministry ... I hope that in the future we will have to switch to incentive measures when we will be interested in increasing efficiency, reducing price as an enterprise producing products. This stage of development will probably be next. ” At the exhibition, Tekhnodinamika holding presented transport and charging systems for the C-300 and C-400 complexes. 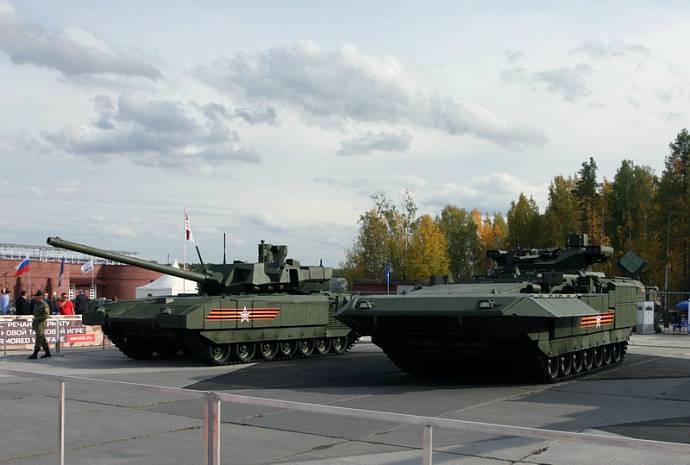 К tank The T-14 and the heavy T-15 infantry fighting vehicle, made on the Armata platform, were not allowed near the public. Author photo
Of course, the visitors of the exhibition received special attention from a demonstration show, which was divided into two parts: combat, where units performed the task of destroying a conventional terrorist group, and mobile, during which the running and operational capabilities of individual units were demonstrated. The Mi-8 helicopters, which provided air support to ground forces, also took part in the show. Among the units of equipment, viewers saw in action self-propelled howitzers MSTA-S, tanks T90C and T72B3, BMPT Terminator, BMD-4М, ZSU Shilka-M4 and Tungusk M1, TOC-1A and other equipment. In the second part of the program, the technician was impressed not so much by the virtuoso management of it. Experienced drivers made their cars with amazing accuracy and ease to overcome obstacles, and the driver-mechanics of the T90C, perhaps, was envied even by sportsmen-racers.

More than 9000 ammunition was used in the demonstration program, more than 500 targets were destroyed. Every day, 500 man and 62 of a ground and air vehicle model were involved in the show, which for the first time showed the interaction of different types of troops and equipment. At the final press conference, it was noted that the T-90C, T-90CM, T-72B3 tanks and other promising developments had the greatest interest among foreign delegations. In particular, the delegation of Saudi Arabia showed interest in T-90CM. In addition, as part of the work of the RAE-2015, a contract was signed with India to supply spare parts for T-72 tanks.

In two years, Nizhny Tagil will have to hold the next, 11, the RAE showroom. This decision has already been taken at the level of the government of the country. For the first time, visitors will see a night demonstration of military equipment. Also, the organizers reported about the readiness to increase the number of full-scale samples and exhibition stands at times. RAE-2017 will run from 6 to September 9.

Ctrl Enter
Noticed oshЫbku Highlight text and press. Ctrl + Enter
We are
RAE-2015 determined the flagship direction of the Russian defense industryRussian Arms Expo-2013: exhibits and statements
42 comments
Information
Dear reader, to leave comments on the publication, you must to register.