"Russian PMCs are late for this market years on 50-60" 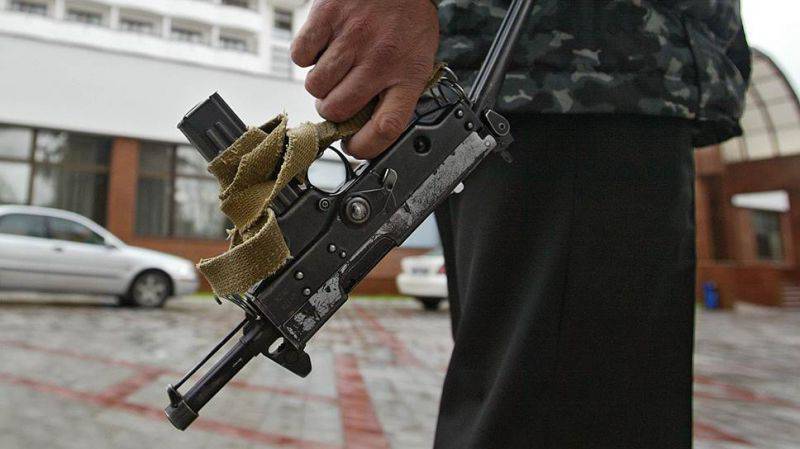 What do Russian private military companies do? How does their work differ from the work of mercenaries? And how could PMCs make a difference in Syria? These and other questions were answered by Kommersant FM presenter Anatoly Kuzicheva by the head of the RSB Group private military company Oleg Krinitsyn in the framework of the Actors program.

“We cannot occupy the niche that the British already occupy”

The task of a private security company is to protect an object or to protect a person’s personal security. The spectrum of our services and our functional obligations are much broader. We work with weapons outside the Russian Federation, and without violating the laws of the Russian Federation or the laws of the host country. The fact is that the laws of other countries in relation to weapons are more loyal than the Russian law on weapons. The Russian law on weapons does not allow the full use of weapons for certain specific tasks. Abroad laws are more loyal, we have the opportunity to officially buy weapons outside, relatively speaking, in Malta, to obtain a license and work within the laws of the country where we are located. Therefore, we understand that the state does not stand behind us, we clearly track that gray border line where the law goes into lawlessness. ”

About working with domestic clients: “Our clients are not only Russian companies, but also foreign ones, they go under various flags, at sea it is so convenient - it could be the flag of Panama, the flag of Belize and other countries. We also protect Russian vessels, Russian research vessels, therefore, in principle, any interested country can hire us within the law. ”

"A person who has seen death will appreciate life"

Oleg Krinitsyn on interaction with the state: “A private military company is an instrument for the continuation of state policy. And where there is not always a benefit and it is not always advisable to use the armed forces for various political moments, for financial moments, for some temporary parameters, foreign countries have long been actively used by these private military companies, which seem to be private traders, but work under a state contract. Accordingly, they are not servicemen, they are not included in the list of fallen servicemen. For example, in Iraq on 1, thousands of dead American military personnel of the order of 1,7 thousand dead contractors, that is, employees of private military companies. But they are not included in the general lists of losses. It is convenient for the state. ”

On the thin line between mercenaries and PMCs: “We do not fight - it falls under the article“ mercenary ”. There is a clear definition of who is a mercenary. If we are not citizens of this country, we are the third country, if we are not combatants, if we receive more reward than soldiers of this country receive in the conduct of hostilities, we fall under the definition of "mercenaries". But if, while ensuring the security and protection of a strategically important facility abroad, we are attacked, then we, according to the contract, contract and law, are obliged to take measures to protect the facility, the life, its own and the client. Here is the gray line, when the person who is engaged in the security, is already moving on to active hostilities in response, counterattacks. And if, say, to use this moment, really, if there were 10-20 in Syria, thousands of employees of private military Russian companies who would work in the interests of the Russian state, naturally, I am sure that the course would be broken stories, and not only in Syria, but also in Libya. "


“We are the only provider of UN security in Russia”

Oleg Krinitsyn wage workers PMC: “In PMCs, in our company there are two levels of employees. The first level of employees is permanent, it is those who provide jobs: lawyers, accountants, operations managers. And there is a variable composition that comes to fulfill the contract. Naturally, they have different salaries. Some people have a stable salary, while others have it depending on the complexity and danger of the contract. But I will say that in any case, our employees receive more than officers in the armed forces receive in the rank of lieutenant colonel, colonel. I believe that people who professionally perform their work risk their lives, they should receive serious money. Naturally, we do not reach the level offered by American leaders to their fighters of private military companies, for example, in Iraq they received $ 500 per day, if they were in the “green zone”, in Baghdad, then about $ 300 per day .

There, our Russians, who worked in foreign companies, received less by an order of magnitude. Naturally, the Pentagon pays for contracts. The infamous Black Water had turnover of about $ 700 thousand per year, after a contract with the Pentagon grew to $ 10 billion, it is clear who orders the music, he dances to this music. Accordingly, we cannot pay such money, but I will tell you that for 12 days of vessel escort, employees receive about $ 2,5 thousand. Plus, I pay them a round-trip flight, insurance $ 250 thousand per person. I am rather scrupulous about people - I’m ready to lose a weapon, I’m ready to lose anything, but human life is very important. ”

On the methods of work of American PMCs: “A private military company is the organism, the structure, which is responsible for supporting the activities of the troops. Americans have a percentage of the loss of 1,7 in relation to the military. But it must be borne in mind that the tactics of the conduct of the battle by the American army are first carpet bombing, a powerful artillery strike, and after that the troops are coming. If they meet with resistance, everything begins all over again, and everything is level with the land: the village, the militants, the women, and the goats, everything that comes under the projectile.

It should be understood that when the regular troops pass, there will be some empty buffer zone behind them. There is a private military company behind the troops, which is carrying out a sweep operation, it is very dangerous, and it’s natural that guerrilla groups that attack are in the rear, therefore many people die. ”

We are in Yandex Zen
“PMCs are a very effective instrument of influence”
List of destroyed the largest and most high-tech enterprises
114 comments
Information
Dear reader, to leave comments on the publication, you must to register.