Project of the guided bomb KAB-250LG-E

28 September 2015
11
The MAKS International Aerospace Salon regularly becomes the venue for the first demonstration of various latest developments. This year's exhibition was no exception. For the first time, several types of new equipment and weapons were demonstrated, including promising aviation means of destruction. So, GNPP “Region”, which is part of the Tactical Missile Weapons Corporation, showed the latest KAB-250LG-E guided bomb, which is planned to be offered to foreign customers.


The new bomb is designed to defeat various equipment, fortifications, warehouses, infrastructure elements and other objects of the enemy. Due to the use of the guidance system, the bomb has a sufficiently high accuracy of hitting the target, thereby increasing its combat effectiveness. As follows from the letter "E" in the designation, promising guided ammunition is offered for delivery to foreign customers.

It is noteworthy that the KAB-250LG-E is the first Russian export guided bomb of this caliber. Earlier, domestic manufacturers offered to foreign customers weapon This class caliber 500 and 1500 kg. Relatively light bombs were missing from the list of weapons available for ordering. The emergence of a new bomb leads to the expansion of the range of export-controlled weapons, and also allows the Russian industry to begin the development of a new sector of the international market. According to the developer, in the future it is possible the emergence of even more lightweight adjustable bombs. 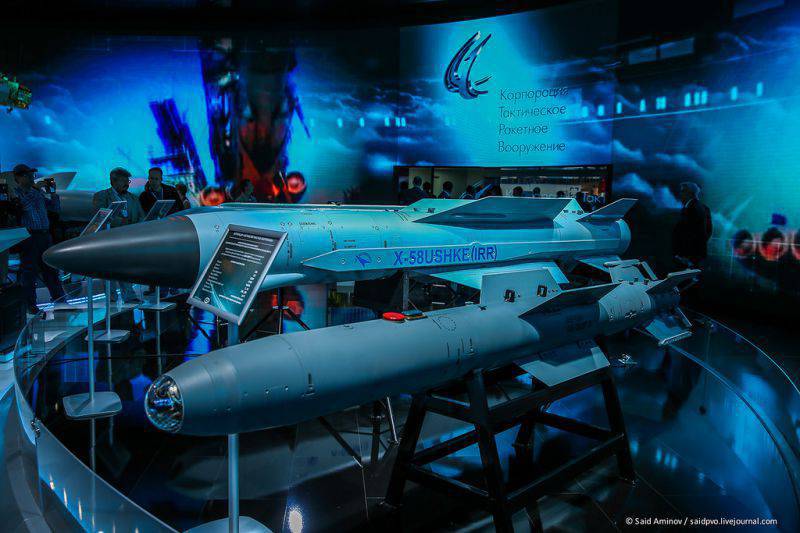 When developing a new project, the specialists of GNPP “Region” paid special attention to several basic requirements aimed at improving the performance and overall combat effectiveness of weapons. So, it was required to ensure reliable defeat of various targets in all weather conditions and at any time of the day. It was planned to increase the range of the bomb by improving the design of the munition itself, as well as by expanding the allowable speed ranges and altitude of the aircraft carrier when dropping the bomb. Finally, it was planned to increase the noise immunity of the guidance systems and introduce additional finishing channels into their composition.

A prospective, adjustable bomb KAB-250LG-E was built according to the classical scheme for such weapons. This product received a body composed of several cylindrical and conical parts. The head part has a hemispherical transparent homing head fairing. The total length of the bomb is 3,2 m, the maximum case diameter is 25,5 cm. There are two groups of planes on the outer surface of the case. In the middle part (with a noticeable shift towards the tail), X-shaped wings of small elongation are installed, in the tail part - stabilizers of similar design, on which there is a set of aerodynamic control surfaces. The maximum span of the planes - 55, see. The total weight of the product is 256 kg.

Official information about the layout of the bomb is not yet available. Nevertheless, it is clear that the homing equipment is placed in the head part of the product, and steering gears are placed in the tail. The middle part of the body is occupied by the warhead and, probably, by some other units.

The KAB-250LG-E bomb is equipped with a laser homing head ensuring the highest possible accuracy of hitting. Bombing is made on the target highlighted by a laser beam. The illumination of the enemy object can be carried out by a bomb carrier or another aircraft. In addition, it is not excluded illumination from the ground with the help of appropriate equipment. Circular probable deviation when hit is declared at the level of 5 m.

To destroy the target, a high-explosive fragmentation warhead is used. The warhead has a total weight of 165 kg, of which 96 kg is in charge of an explosive. To explode the warhead, the new bomb is completed with a contact fuse with three modes of operation. The fuse mode determines the slowdown time, after which the warhead explodes. Thus, the bomb KAB-250LG-E can explode both by direct contact with the target, and after penetration into the enemy object.

Tactical-level aircraft of various types can be carriers of a perspective adjustable bombs. It is assumed that the existing Su-34 and Su-35C aircraft will be able to use such weapons. In addition, it is planned to ensure compatibility with the fifth-generation fighter T-50 (PAK FA). The main requirements for the potential carrier relate to the composition of the onboard avionics equipment. For the effective use of products KAB-250LG-E aircraft must have its own system of laser illumination of the target.

Regardless of the type of aircraft, the carrier must drop the bomb, observing the requirements for permissible speeds and altitudes. It is allowed to reset at speeds at the level of 200-350 m / s and at altitudes from 1 to 10 km. In such cases, the most effective use of weapons is provided. The range of the bomb after the reset has not yet been published. The aerodynamic appearance of a bomb allows you to make some assessments, but you should consider the limitations imposed by the onboard target designation system of the aircraft carrier and other factors.

The new guided bomb was first shown at the recent MAKS-2015 exhibition. For obvious reasons, the prospects for this weapon are not yet known. Such weapons are of particular interest for both domestic and foreign customers. However, information on possible orders has not yet been received due to the recent "premiere" of the project. The first information about the possible supply of bombs KAB-250LG-E should appear later.