23 September 2015
75
In the near future, the arsenals of the Russian air force should be replenished with several guided missiles of new types. Until the end of 2015, Tactical Missile Weapons Corporation plans to start mass production of two new air-to-air missiles RVV-MD and RVV-BD. Thus, over the next few years, partial rearmament will occur, which will increase the combat capabilities of the domestic military aviation. During this rearmament, the new long-range air-to-air missile should become the new RVV-BD product.


The RVV-BD guided missile (“Long-range air-to-air missile”) is designed to arm modern and advanced fighters and interceptors. The objective of this product is to destroy various air targets at any time of the day, in any weather conditions and at any angles. According to the manufacturer, the rocket is capable of detecting targets against the surface and working in conditions of use of electronic warfare by the enemy. It is allowed to use missiles in a multichannel way using the “launched-forgotten” method. The main feature of the new missile is its range: the possibility of hitting targets at a distance of 200 km from the carrier aircraft is announced.

Product RVV-DB developed in the Vympel GosMKB them. I.I. Toropova, part of the KTRV. The same organization was responsible for the creation of two other promising aircraft missiles, which are being relied upon when rearming the Air Force. The RVV-BD missile is a further development of the K-37 family of aviation weapons (P-37), the creation of which was launched in the early eighties. The K-37 was developed as a replacement for the K-33 rocket and for arming MiG-31 interceptors. New modifications of this family are also intended for existing and prospective interceptors. 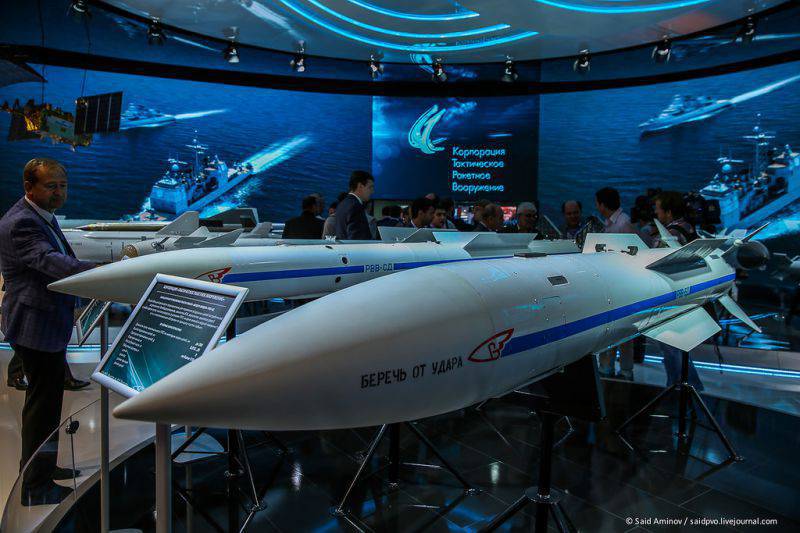 It should be noted, under the name RVV-DB in the promotional materials and documentation appear two projects. At the end of the two thousandth, the project with the alternative name K-37M or “Product 610M” was so designated. At the MAKS-2011 aerospace show for the first time, a model of the 620 Product or K-37МE rocket was demonstrated, which was also called RVV-BD. As follows from the available data, the products "610" and "620" differ from each other in some design features.

The RVV-BD missile was developed on the basis of the existing K-37 product, which affected its design. In fact, a new aviation munition is a processing of the basic K-37 using new equipment. At the same time, the main goal of the project was to ensure the highest possible characteristics, as well as the rejection of imported components. The authors of the project managed to successfully solve both problems.

RVV-BD has a cylindrical body of large elongation with a lively radiotransparent head fairing. The total length of the product is 4,06 m, case diameter is 0,38 m. The rocket is built according to the normal aerodynamic scheme with X-shaped wings and rudders. Trapezoidal wings of small elongation span 0,72 m are placed in the middle part of the body, with a noticeable shift to the tail. In the tail section of the hull, all-turning arrow-shaped rudders with a span of 1,02 m are mounted. Because of the need to mount the rocket under the fuselage of the aircraft carrier, the upper pair of rudders has a folding structure. After separation from the aircraft, the rudders open and can perform their functions.

The layout of the missile RVV-BD is typical for weapons of this class. The head part of the body is given under the guidance system, behind it is the fuse and the warhead. The tail section of the hull accommodates a solid fuel engine. The launch weight of the rocket does not exceed 510 kg. 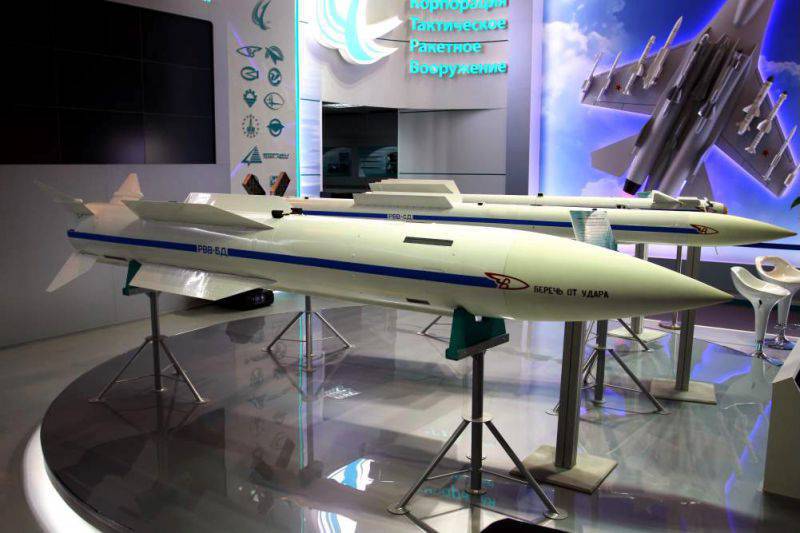 The product is completed with a combined control system, which includes an inertial navigation system and an active radar homing head. On the most part of the flight trajectory, depending on the operating mode of the guidance systems, control is carried out by the inertial system and radio correction. At the end, the active HOS searches for the target and then provides guidance to it.

The RVV-BD rocket is equipped with a GOS of the 9B-1103М-350 type, created by the Scientific-Research Institute of Agat and is another development of the 9B-1103 family. Other products of this family are used on some other domestic missiles, including the medium-range RVV-SD. According to reports, the new modification of the head is optimized for use as part of long-range missile equipment. The 9B-1103М-350 system is distinguished from its predecessors by its higher radiation power and receiver sensitivity. In addition, new software is used.

The main task of the GOS 9B-1103М-350 is to search for a target in the final segment of the flight and further guidance of the rocket. In this case, the missile control systems of the RVV-BD rocket can operate in three main modes. The first one is completely autonomous, corresponding to the concept of “launched-forgotten”. In this case, the rocket with the help of inertial navigation goes to the target area and, having turned on the active radar seeker, it searches for the enemy aircraft with further destruction. The second mode involves the use of radio correction. In this mode, the GOS performs reception and processing of radar signals of the aircraft carrier. A reprogramming mode is also provided.

According to reports, the GSN 9B-1103М-350 is capable of detecting targets in a sector of width 120 °. The detection range depends on the parameters of the target. Thus, an aircraft with an EPR at the level of 5 sq. M can be captured at a distance of at least 40 km.

In the middle part of the body is a high-explosive fragmentation warhead weighing 60 kg. To undermine the rocket has two fuses. The main one is a fuse with an active radar target sensor. It is used to undermine when approaching the target for a minimum distance. Also provides a backup contact fuse, responsible for the operation of the warhead with a direct hit on the target. 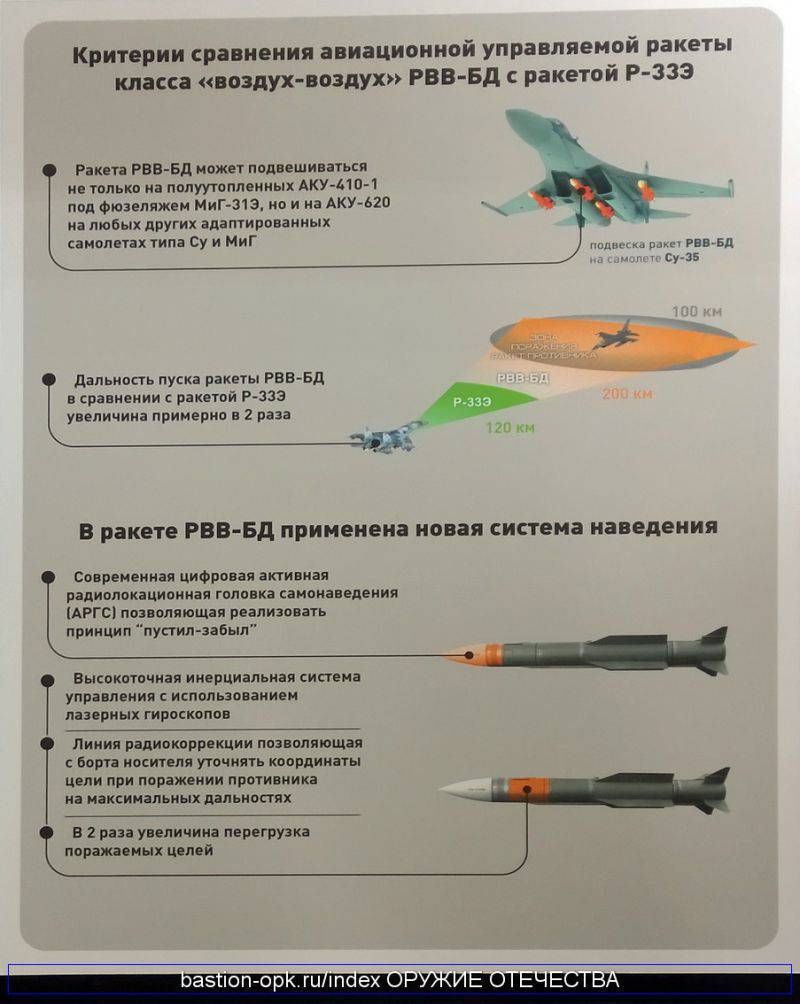 A poster comparing the missiles RVV-BD and P-33. Photo Nevskii-bastion.ru

The tail part of the body is given for the placement of a dual-mode solid-fuel engine. The used powerplant, according to some, allows the rocket to reach speeds of up to 6M. The maximum firing range at launch into the forward hemisphere of the carrier is declared at the level of 200 km. At the same time, however, there is a reason for bolder assessments. Back in 1994, a test launch of the K-37 rocket took place, on the basis of which a new RVV-BD was developed, at a distance of 304 km. Thus, the actual indicators of the range of the new rocket can be much higher than those stated.

The RVV-BD missile is capable of intercepting air targets at altitudes from 15 m to 25 km. The maximum speed of the intercepted target is not reported. Declared the possibility of destruction of the aircraft, maneuvering with overload up to 8 units.

The new guided missile can be used by various aircraft of domestic development, equipped with appropriate aviation ejection installations. For example, during tests of the base K-37, the AKU-31 system was used as part of the MiG-610 weapon system. For use with the RVV-BD missile, AKU-620 and AKU-410-1 ejection devices are proposed. Old installations made it possible to transport such missiles only in a semi-submerged position under the fuselage of MiG-31 aircraft. Ejection installations of new models allow the use of RVV-BD aircraft of other types.

Exact information about the potential carriers of the new rocket is not yet available. There is reason to believe that RVV-BD will replenish the range of armaments of MiG-31BM interceptors and replace the aging K-33 missiles. In addition, the use of new missiles by other fighters is possible, but such prospects have so far been confirmed only by the manufacturer’s advertising materials. The use of missiles RVV-BD promising fighter of the fifth generation T-50 (PAK FA) is still the subject of controversy. Due to its large size, this product does not fit in the internal cargo compartments of the T-50 aircraft. However, transportation of missiles on an external sling is not excluded. 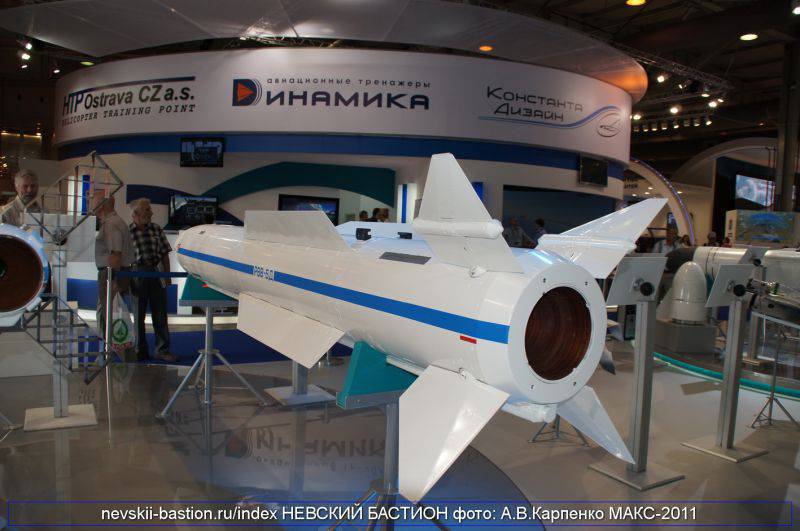 The tail of the rocket, good visible engine nozzle and rudders. Photo Nevskii-bastion.ru

There are some data on the resource and other performance qualities of the future. weapons. The designated service life of missiles RVV-BD is 8 years. When suspended to an aircraft carrier, the rocket apparatus can operate continuously for 2,5-3 hours, after which it needs to be disabled. The assigned flight life of the product is 50 hours. At the same time there are no restrictions on the number of take-offs and landings on concrete airfields. In the case of metal-coated pads or stripes, only 20 takeoff-landing cycles are allowed.

It is known that together with the RVV-BD combat missile several similar training and training items were developed. For the preparation of the flight and technical personnel, a split layout of the RVV-BD-UR and a training operating ground-launched missile RVV-MD-UD are offered. Evaluation of the characteristics of the aircraft carrier should be performed using a mass-dimensional layout RVV-MD-GM. Finally, the RVV-MD-UL flight-learning missile is designed to train pilots without actual launches.

Over the past few years, KTRV and Vympel GosMKB have completed design work on a new project and conducted a full cycle of tests of the new rocket. To date, the long-range air-to-air missile RVV-BD has been tested and is ready for the start of mass production. During the recent MAKS-2015 showroom, Boris Obnosov, Director General of Tactical Missile Weapons Corporation, spoke about the current status of several new projects. To date, the mass production of medium-range missiles RVV-SD has been launched, and by the end of the year it is planned to put in a series of short-range and long-range missiles RVV-MD and RVV-BD. The first serial missiles of new types should be off the assembly line by early next year.

Thus, by the end of 2015, mass production of three promising air-to-air missiles with various parameters will be launched. The arsenals of the Russian Air Force will be replenished with RVV-MD, RVV-SD and RVV-BD products, which will make it possible to seriously update the range of available aviation weapons and thereby increase the overall combat effectiveness of tactical aviation. Any information about the further development of domestic long-range missiles is not yet available. Probably, new projects of such weapons are still at the earliest stages, because of which information about them is not subject to disclosure.