"The belief that the damned West is to blame begins to weaken." 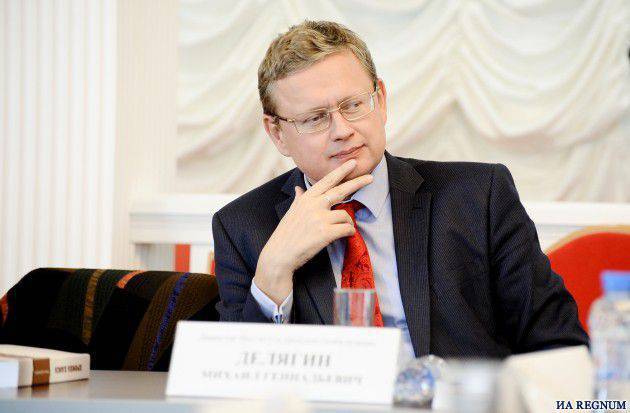 Mikhail Delyagin believes that by next year the political situation will change.

“The past election is a passing event, a rehearsal of the storm that awaits us in 2016. An opportunity to see whether the Crimean freeze continues or not, ”said economist Mikhail Delyagin at the September 16 round table at the REGNUM press center. He noted that the federal government has a lot of problems ahead. “Everyone understands that the economic crisis will develop and develop into a political one. Numb power is waiting for it to cover. As part of this trend are the wonders of technology. The federal agenda is dictated, but in the regions it is given too much importance, as if there are no problems of its own. When the elites start to fight each other harshly, it is even good for the regional authorities, because it distracts from problems, ”the economist said.

Delyagin called “good news“That the political system as a whole has been preserved. “Fair Russia” has not gone anywhere. They groped for the classic formula: Putin, Crimea, housing and communal services. In general, the main institution of politics is a good king, bad boyars. It struck me: even Zhirinovsky said that 1,5% of votes were stolen. This is what is called fair elections or close to that, ”he noted. - There will be another governor in Irkutsk, the head of Tatarstan scored 96% - basically, the past elections brought good news, but by 2016, the situation will change very much. I'm not sure that the Crimean история will end. Our society will not jump out of the rut in which it is now, ”the economist said.

Speaking about future elections, Mikhail Delyagin expressed the opinion that when a sharp deterioration of the situation occurs, the society rallies around power. “But this is not infinite. The problem is that we are in a state of crisis since 2012, since then the incomes of the population began to decrease. Now they say that the damned West is to blame for everything, they are believed, but this faith is beginning to weaken, ”the economist concluded.

Ctrl Enter
Noticed oshЫbku Highlight text and press. Ctrl + Enter
We are
Interview of V. Putin to Channel One and the Associated Press AgencyWhat you didn't want to know about England
187 comments
Information
Dear reader, to leave comments on the publication, you must to register.