21 September 2015
45
The October 25 elections are already beginning to dictate the political agenda in Kiev. Moreover, the ultra-right take the initiative: the proprietary neo-Nazi parties Right Sector and Freedom entered into an election alliance, they will coordinate their candidates for regional authorities, and not only that, judging by the threatening statements of Yarosh and Tyagnybok to the “internal occupation regime” ". Not at all afraid of charges of undermining "national security"! 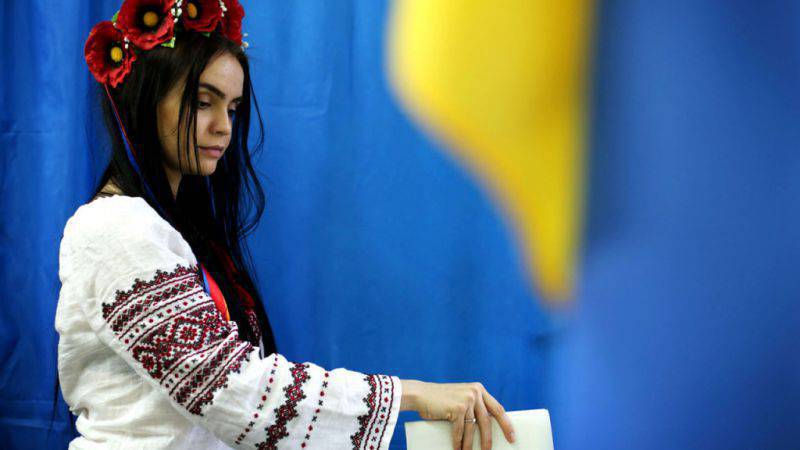 The third in this company will probably be Tymoshenko with her “Batkivshchyna”. She has already made an important political choice, supporting “Freedom” in the bloody events of August 31 near the walls of the Rada, said it was not involved in “Freedom”. Their further rapprochement is a matter of time and political bargaining: under what conditions will it take place.

The radical Lyashko is still standing alone, but the logic of political struggle against a common enemy, Poroshenko, will lead him to neo-Nazis, and they will accept him, because he differs from them only in a shade of brown. Lyashko is known as the sponsor of Azov, who openly flaunts his Nazism battalion (now the regiment), led by Biletsky. By the way, he also keeps himself apart, but in the Mukachevo events Yarosh strongly supported the “Right Sector”. Sadovoy’s “self-help” conducts his own “independent” policy, but Poroshenko also opposes, and there are neo-Nazis in its ranks, such as Semen Semenchenko, the former commander of the Donbass battalion.

Thus, the neo-Nazi election bloc against Poroshenko’s bloc is taking shape. Where Yatsenyuk eventually finds himself with his “Popular Front” is not clear: there is much more fog on the government’s flank than on the opposition’s flank.

This is how neo-Nazism spreads in Ukraine daily, it becomes a legal recognized political force. And the ground is prepared for the arrival of the Führer, who, fortunately, is not yet available. Lyashko stenal after the mini-Maidan 31 of August, that Poroshenko is the “main mistake” of the February Maidan, that is, part of the neo-Nazis hoped that Poroshenko would become their “Fuhrer”, now these illusions are lost.

In general, in the Rada Lyashko became the main speaker of the neo-Nazi bloc, in fact. He throws the most emotional accusations of Poroshenko: “Poroshenko, like Yanukovych, will do everything and kill people for power. And this will lead again to the Maidan. " He openly declares that the country goes to the “dictatorship of Poroshenko”, but it will not be their dictatorship, because Poroshenko tries on the uniform of the Chilean general-dictator Pinochet. The arrest within the walls of the Rada MP from the party Lyashko Igor Mosiychuk, in fact, confirms these fears. Indicative because the arrest ...

General Pinochet was a puppet of the United States, and Poroshenko is a puppet of either the United States, or Germany, or both. In this sense, the Bandera neo-Nazis are right when they talk about the “internal occupation” regime. They are afraid that this regime will strip them out like waste material, and they unite, this slogan first put forward, it seems, Yarosh. But besides this, the political struggle requires an obvious leader for all, a recognized leader, for the Nazi Führer, who would not raise questions, the leadership of which would be determined simply by his charisma. While it is not.

The greatest chance of becoming the Führer of the existing applicants, perhaps Tymoshenko, the ladies with the scythe, and after the Maidan and with the “atomic gun”, let's not forget about it. She is the only political heavyweight on the far right, her rapprochement with Freedom is very symptomatic.

At one time, they talked about the political career of the former head of the Security Service of Ukraine, Nalyvaychenko, the long-time creature of the CIA and Dmitry Yarosh's personal friend. Perhaps the wave of the October elections will bring to the fore some kind of "dark horse." At the worst, the Nazis will have to take over the leadership of warlords like Yarosh and Biletsky.

In principle, the political opposition to the “Poroshenko regime” shows the outlines of the Dnepropetrovsk clan led by the oligarch Kolomoisky, to whom Tymoshenko and Yarosh belonged to by birth, more recently, Prime Minister Yatsenyuk and Interior Minister Avakov collaborated as leaders of the Popular Front. Dnipropetrovsk rush to the highest authority, a close friend of Kolomoisky, millionaire Gennady Korban in the October elections will try to take the mayor's spear to Kiev.

The president Poroshenko opposing them is quite lonely, he relies, in fact, only on the state apparatus, and Klitschko. It is not from a good life that he is forced to put foreigners in leadership positions, even Saakashvili did not disdain. Behind him is not what is called a political clan, and this weakness can be fatal for him. The political alliance of Poroshenko and Yatsenyuk was crushed by Washington, on this backup and holds today "Poroshenko regime."

The October 25 elections will be an occasion for rival political groups to change the situation in Krajina in their favor. Poroshenko again trying to translate arrows in the Donbass, said that the elections in Donetsk and Lugansk threaten the Minsk process and peace in Ukraine. How can voting threaten the world? Unless Poroshenko is looking for a pretext for imposing martial law in Banderia to become a dictator and revealing revenge on Lyashko.

The Russian Foreign Ministry on this occasion replied that the elections in the proclaimed republics of Donbass are “a forced step in response to Kiev’s violations of the Minsk Agreements”. “The situation will be aggravated,” says Kiev political analyst Mikhail Pogrebinsky.

... Against this background, Poroshenko imposes sanctions against Russia, that is, he gives Moscow the rod and the right to flog himself with retaliatory sanctions. The Kremlin is exploring what kind of a patient the rod can take.

Ctrl Enter
Noticed oshЫbku Highlight text and press. Ctrl + Enter
We are
Who is Yarosh?Results of the week. “I saw a lot of psychos, but this place is a reserve”
45 comments
Information
Dear reader, to leave comments on the publication, you must to register.