One day in the life of the head of the Republic 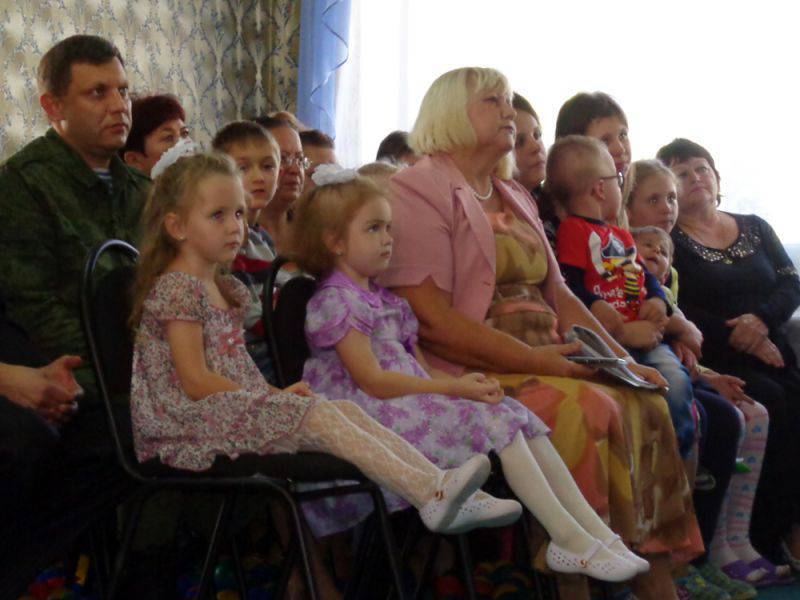 The city of Snow, located in 70 kilometers from Donetsk ... The eternal pain of this Donbass town will be 15 July last year, when as a result of air strikes of the Ukrainian army, the punishers smashed a residential building at Lenin Street, 14. And on the contrary - the building of tax inspection was completely destroyed. There were dead and wounded. 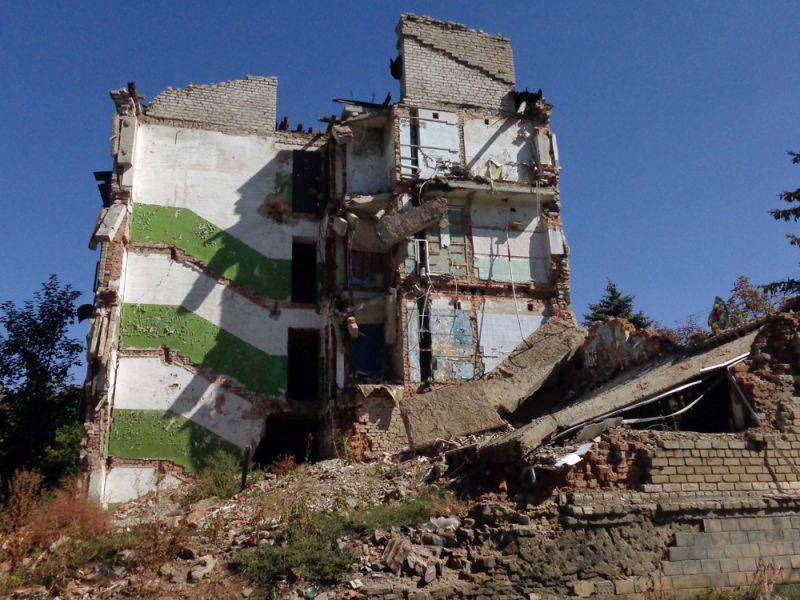 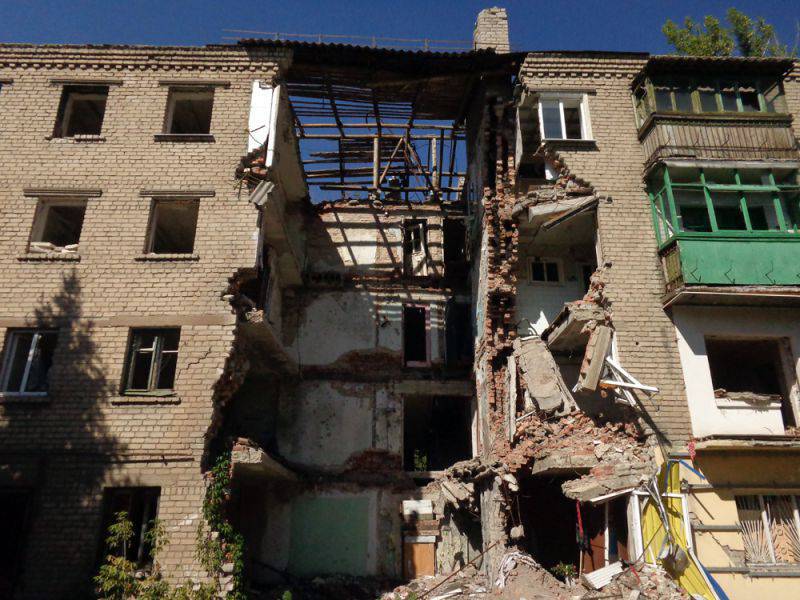 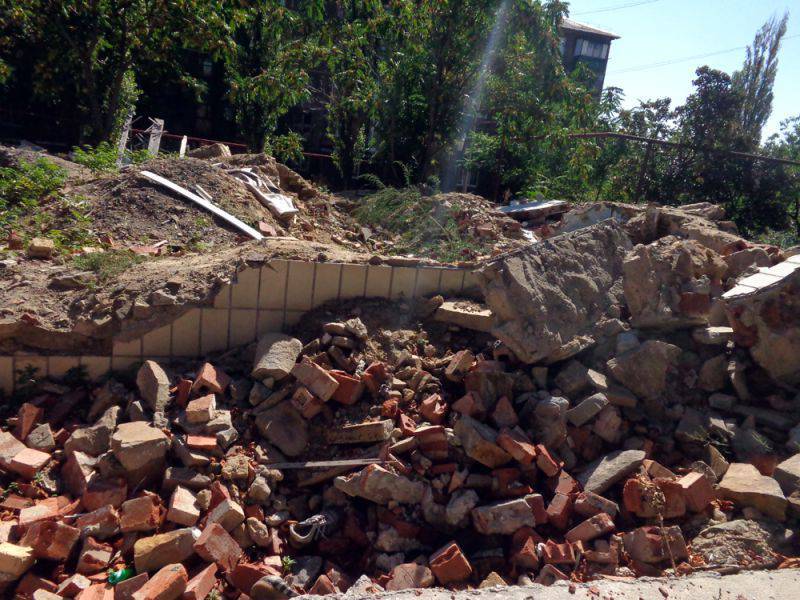 Such a powerful bombardment could not leave other buildings without damage. Snezhnyansky Center for Social Rehabilitation of Disabled Children is located very close to the destroyed houses. As employees say, in their institution then all windows were knocked out, the gym was damaged. The consequences of this are still felt by the children - although the windows are inserted again, but they are blowing heavily. 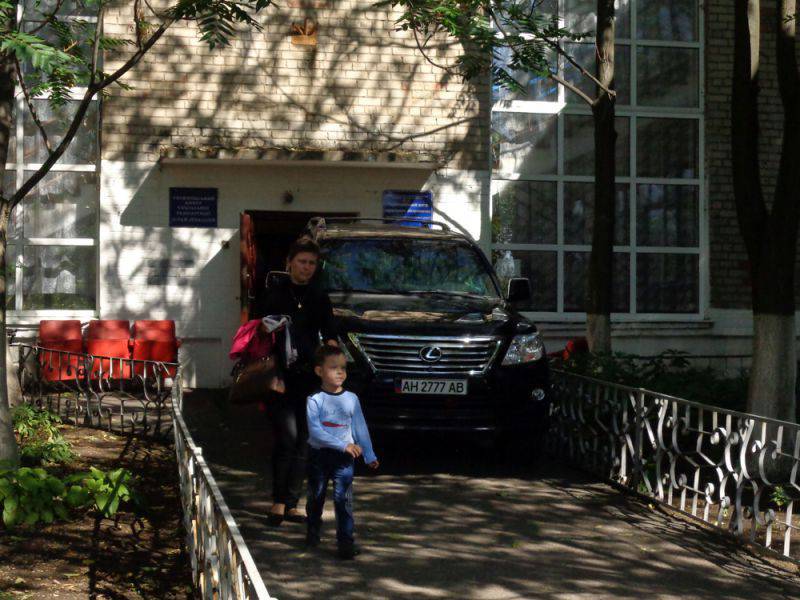 September 17 and the guys and employees were a little worried - they were waiting for the distinguished guest, the head of Donetsk People's Republic, Alexander Vladimirovich Zakharchenko. 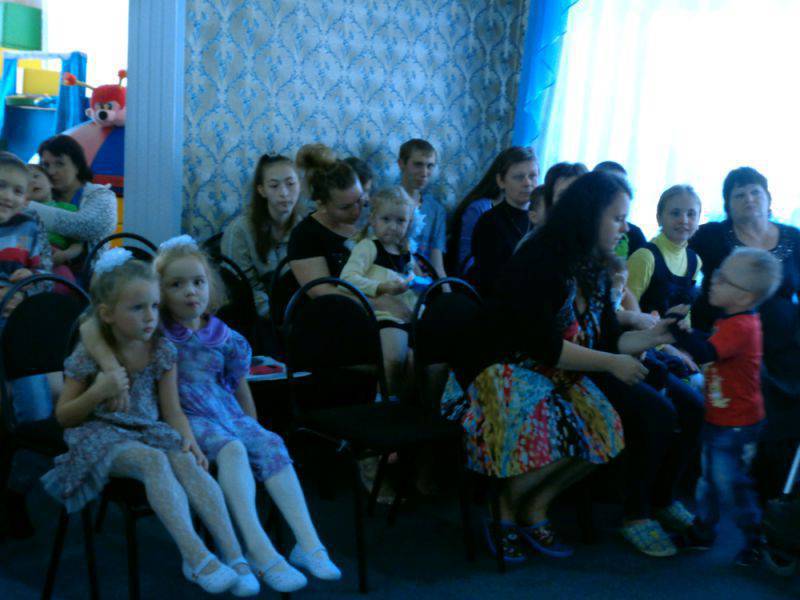 From this institution, priceless gifts were received at this children's institution — various equipment, trainers, computers. 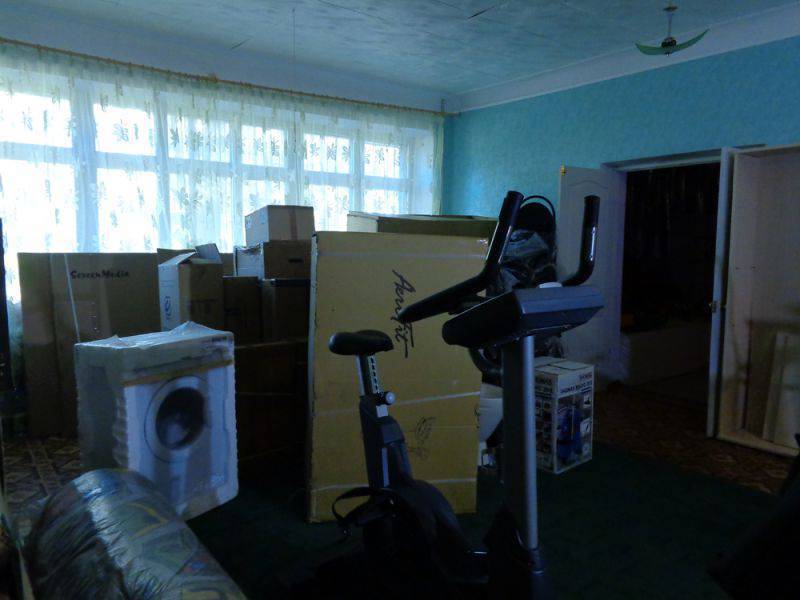 When the head of the Republic entered the hall, he did not want to sit in the chair of the guest of honor specially reserved for him, and sat down on a modest chair next to the children.

In gratitude for the gifts, the children prepared a small concert program for Alexander Vladimirovich. 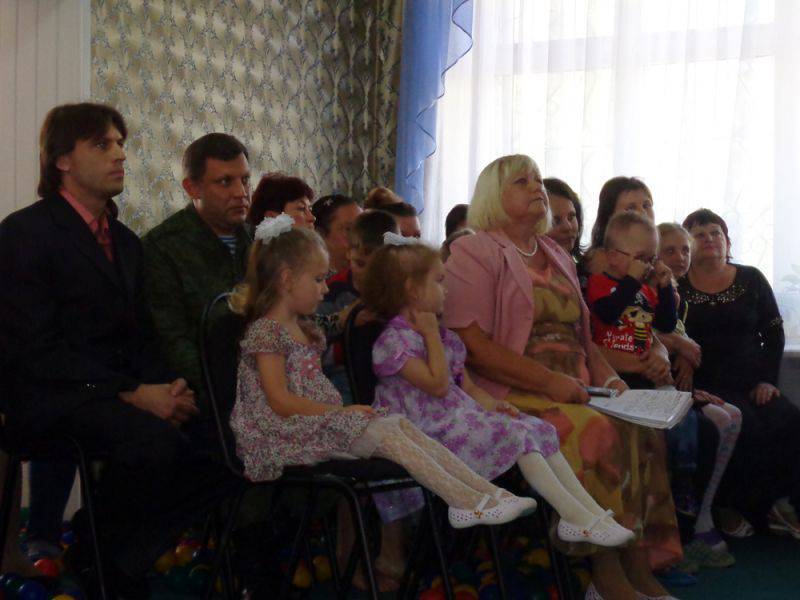 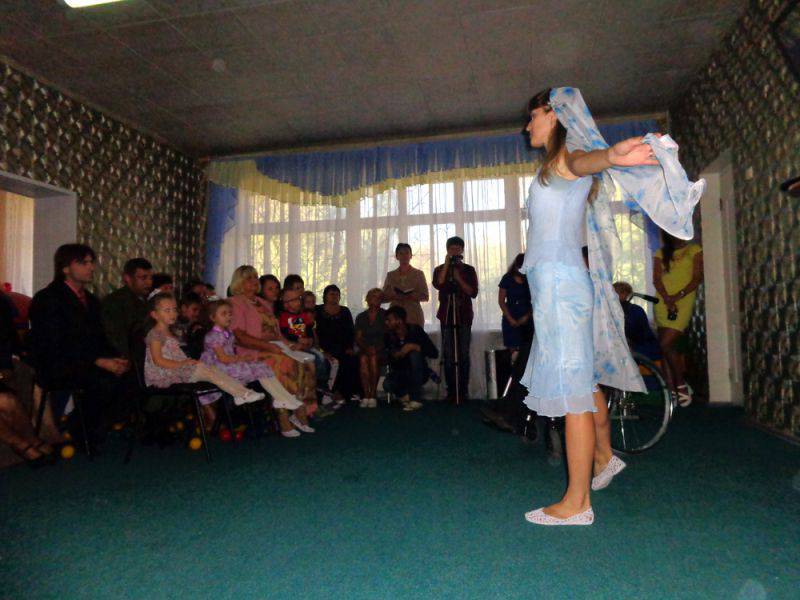 Especially everyone was touched by a boy in a wheelchair who read poetry and then became one of the performers of the original dance. Yes, yes, wheelchair dance. 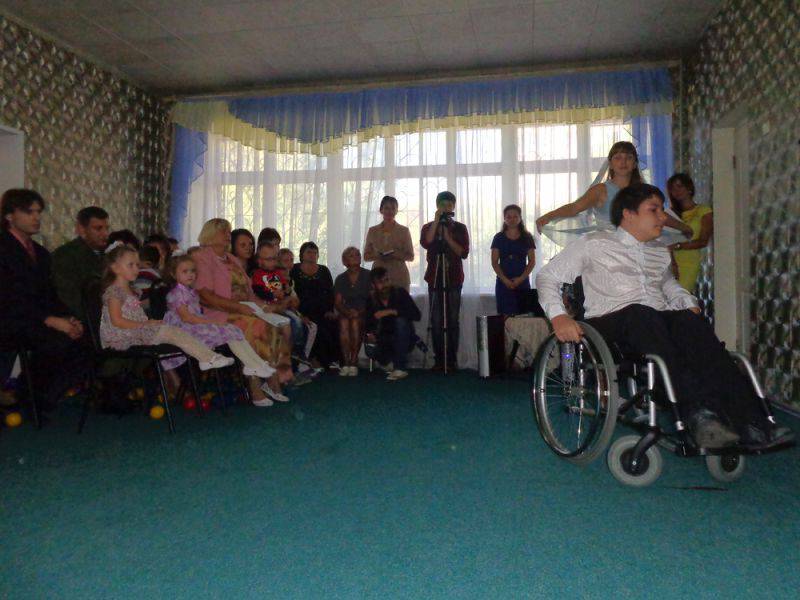 Zakharchenko called disabled children heroes. “I imagine how hard it is for you,” he said. 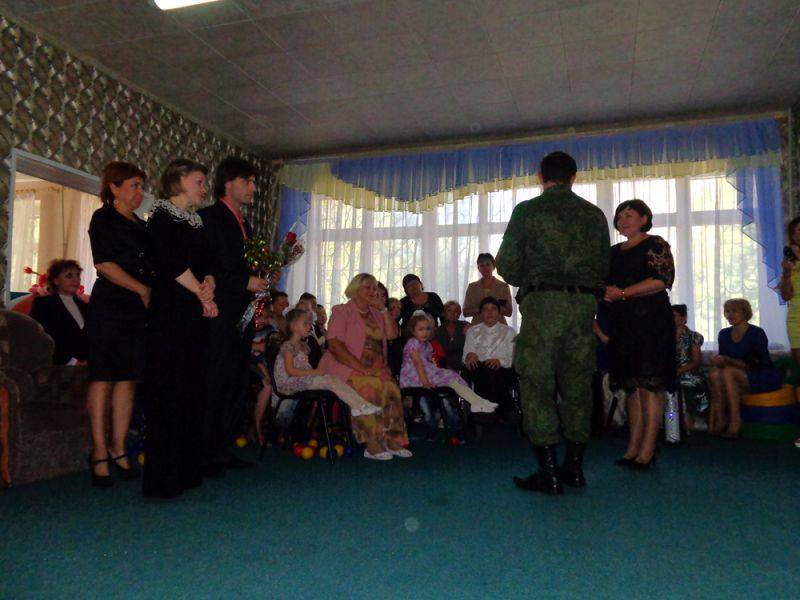 The children presented a small souvenir in the form of a pomegranate tree to the head of a young state and wished that the grenades should grow only in trees.

But Alexander Zakharchenko’s visit to Snezhnoye didn’t stop at the rehabilitation center. He then drove to the Snezhnyanskhimmash plant. The labor collective was waiting for him there. 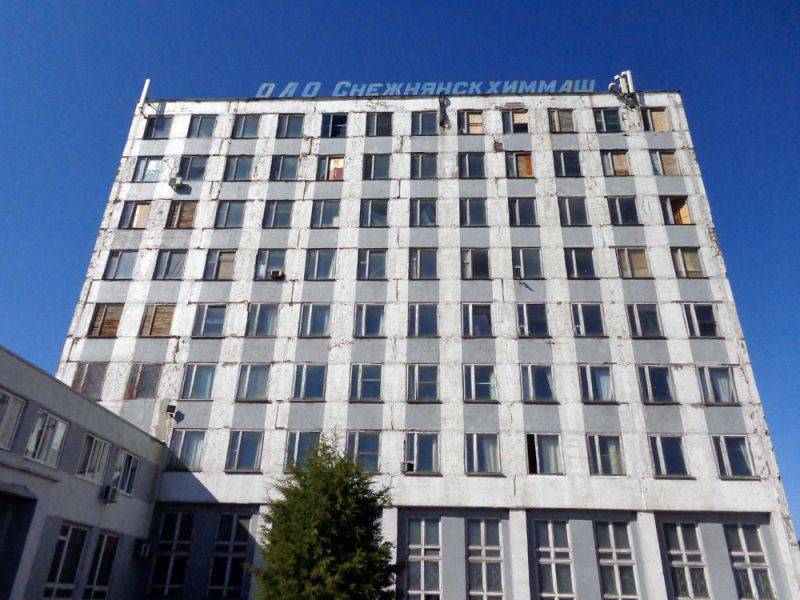 Acting director Tatyana Anisimova told reporters that the majority of people working at the plant are currently on unpaid leave. The whole problem is that there are no orders. Relations with Ukraine are broken, and with Russia they are not established yet. Of course, the hope of the enterprise is connected precisely with Russia. However, about a hundred people go to work to keep the plant at a minimum. They perform their professional duty, even despite the delay in wages. 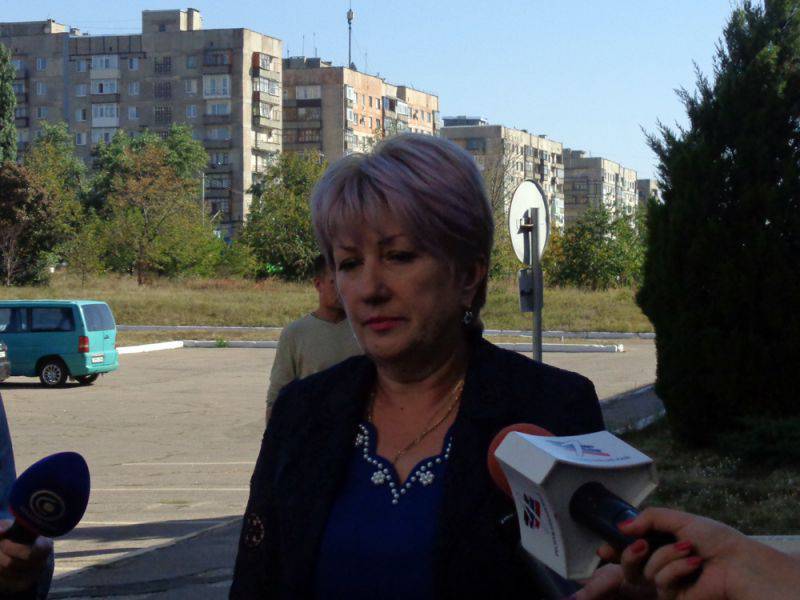 Anisimova added that Snezhnyanskhimmash was seriously injured as a result of the shelling of the Ukrainian army - the glazing, the roof were damaged, the valuable equipment was damaged. “We were shot three times,” she said.

And indeed, although a year has passed, and traces of raids are visible - so far instead of many windows - plywood. 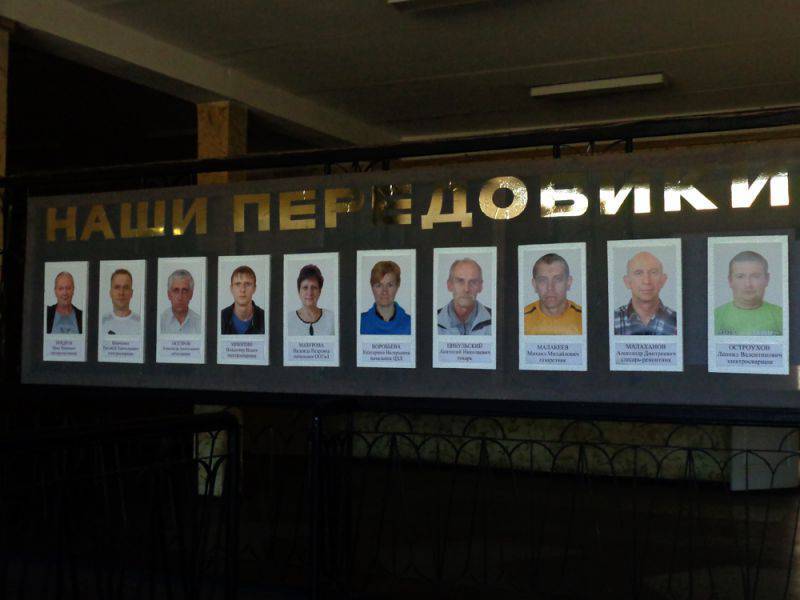 The Head of the Republic thanked the employees of the company for their work, after which he held a meeting with the work team behind closed doors, asking the journalists to leave. He said that he wanted to discuss specific problems with employees. 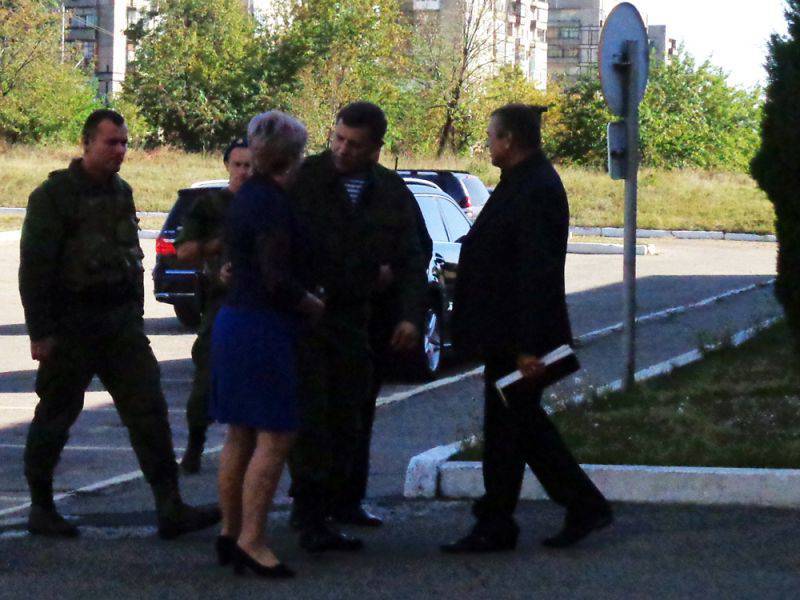 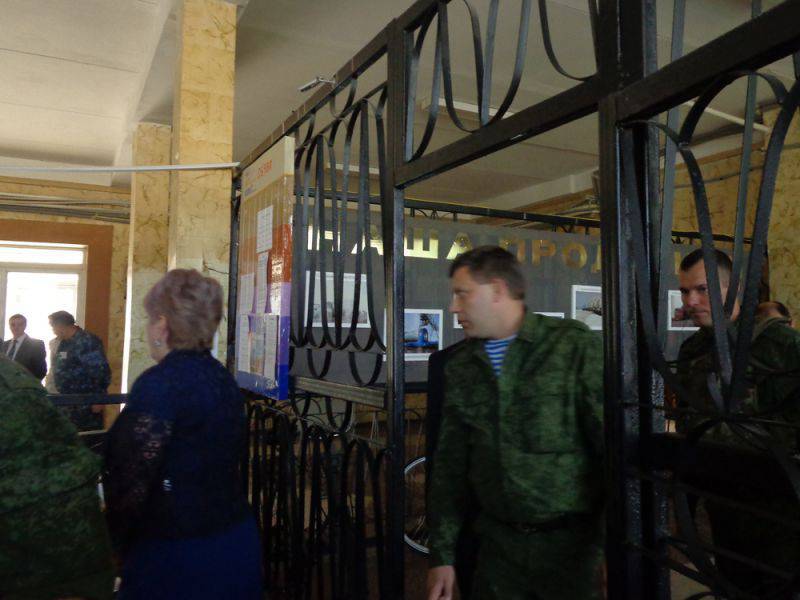 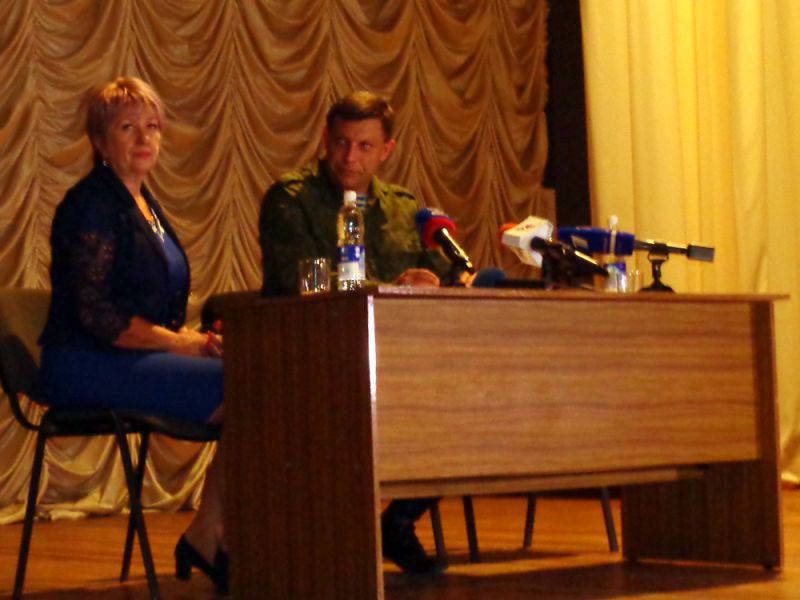 The working day of the head of the Donetsk People’s Republic did not end there. He went to the city of Dokuchaevsk. Our journalistic group could not get there. According to the Donetsk agency News, Zakharchenko took part in the first in stories Republic primaries. They identified a candidate for mayor of the city from the movement “Donetsk Republic” - he became Alexander Kochanov. Let me remind you that the local elections in the DPR will be held on October 18.

Ctrl Enter
Noticed oshЫbku Highlight text and press. Ctrl + Enter
We are
Zakharchenko in Debaltseve: "This city for us is a symbol of resilience, a symbol of struggle"Results of the week. "Aria of the Moscow Guest"
11 comments
Information
Dear reader, to leave comments on the publication, you must to register.