17 September 2015
26
India decided to modernize its BMP-2 fleet, allocating more than $ 2 billion to it. Russia will provide assistance in improving the machines, which will supply new fire control systems and weapons, reports Lenta.ru report. 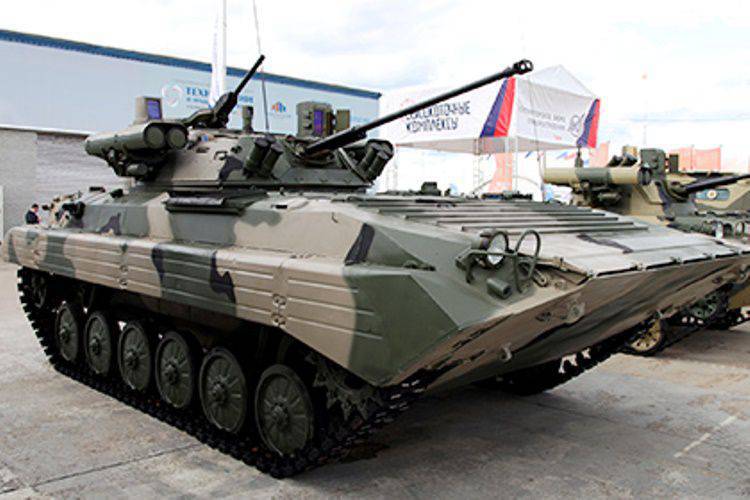 Total will be upgraded 969 combat vehicles. According to the newspaper, they "will receive Russian-made Kornet-E anti-tank systems, as well as new optoelectronic equipment and communication systems."

Modernization assigned to Medak Ordnance Factor in Medak (South India). The project involves the involvement of Indian manufacturers with a gradual increase in components of domestic production. This is necessary to gain experience, which will then be used to create your own new generation of armored vehicles.

Experts say that, most likely, we are talking about modernization with the installation of the Berehok military module developed in Russia. The work of this module, installed on the BMP-2, was demonstrated to the Indian military by Algerian colleagues. It is reported that representatives of the Armed Forces of India were pleased with what they saw.

According to the developers of the module (Tula Instrument Design Bureau), "the combat capabilities of machines with Berezhk increase 4-6 times."

Ctrl Enter
Noticed oshЫbku Highlight text and press. Ctrl + Enter
We are
Installation of the Berekhok fighting compartment will increase the effectiveness of Russian BMP-2 threefoldModernization of BMD
26 comments
Information
Dear reader, to leave comments on the publication, you must to register.