How lost weapons, ammunition and armor 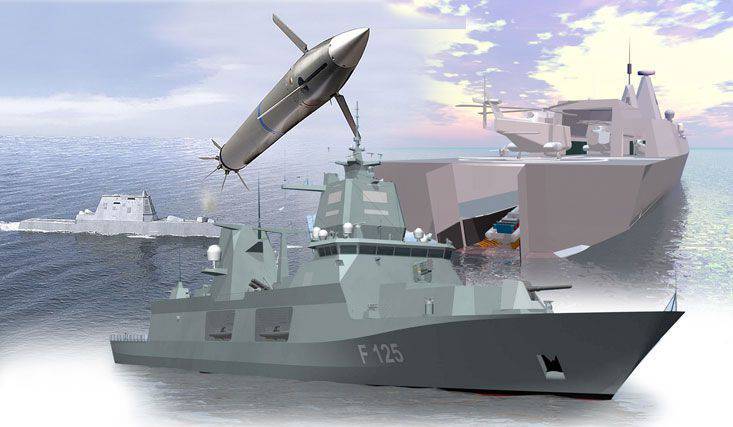 The two towers of the main caliber of “Cleveland” weighed more than all 80 rocket mines of the destroyer “Zamvolt”. However, this is not all. For completeness, it is worth considering that the armament of a modern ship is located under the deck, while the Cleveland towers are located above. Taking into account the difference in the height of the location of central heating, this should create an extra thousand tons * m of overturning moment (without taking into account the barbets with six-inch walls).

No less horrendous, the results will be given by comparing the TARC Peter the Great and the heavy cruiser Des Moines. Main weapon “Peter” - twenty rockets “Granit” - weigh three times less than one tower “De Moyne” (450 tons).

And the veteran had three such towers. Plus another, equally powerful and bulky armament - armor shell (belt - 152 mm, deck - 90 mm solid metal), crew of 1800 people and move the 33 node. As a result, “De Moyne” turned out to be 6000 tons lighter than the atomic super cruiser, while it was built on 50 years earlier ... 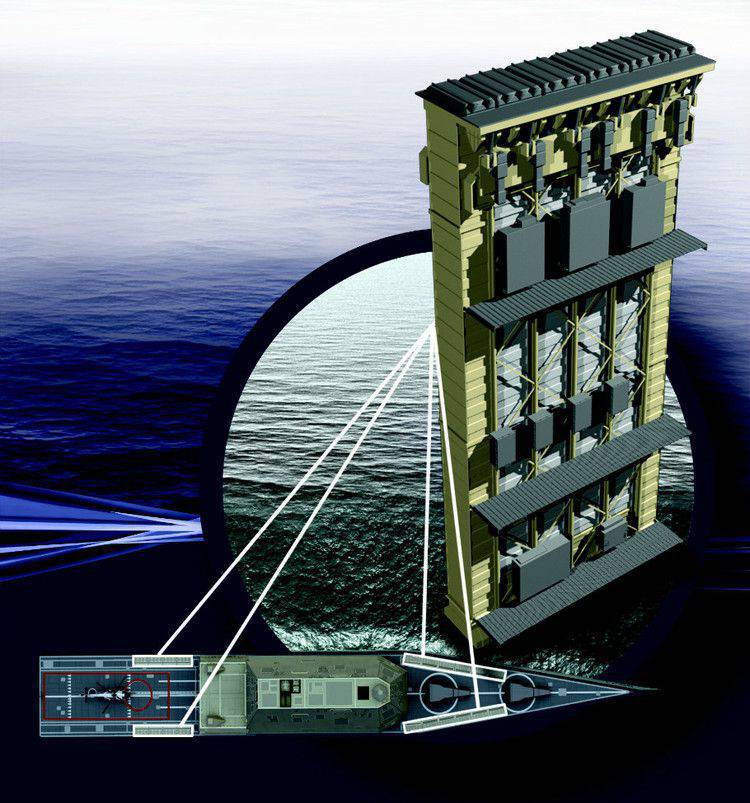 Vertical launch installation module Mk.57 (one of twenty on board Zamvolta). The mass of the 4-cell PU with anti-shatter armor is 15 tons

But since we chose “Cleveland” and “Zamvolt” for comparison, we will continue the analysis on these more simple examples:

Modern stealth destroyer is not easy. In addition to the missiles, it carries a pair of automatic 155 mm AGS cannons weighing 100 tons (each). But he is useless by artillery with “Cleveland”. Twelve 127-mm guns in the six Mk.32 towers, for a total of 300 tons. 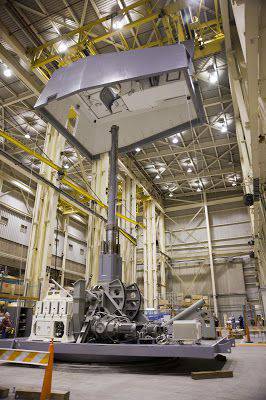 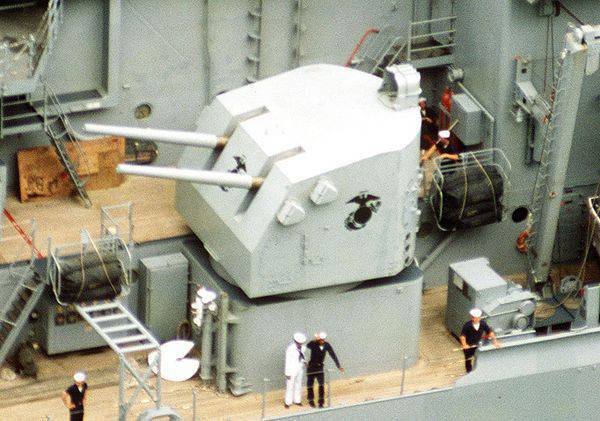 Light defensive armament. Zamvolta has a pair of 30-mm automata.

In “Cleveland” - 12 “Bofors” and 20 “Oerlikon”. Such nonsense, an extra hundred tons on the upper deck and superstructure platforms.

It seems we have forgotten something?

Inside the cruisers of that era there was one interesting element that looked like a box without a bottom. Box sizes 120 x 20 x 4,2 meters. The wall thickness of the box: in the front part - 51 mm of armor steel of class “A”, the area of ​​machine rooms - differentially 83-127 mm, “cover” of the box - 51 mm. The armor plates were installed on a sixteen millimeter lining of structural steel STS.

All this is an armored stronghold weighing 1468 tons (almost 13% of the standard displacement of the cruiser). This figure includes armored traverses, barbets of the GK towers, cellar protection (93-120 mm) and conning tower with 130 mm walls.

In short, the creators of "Zamvolta" is not dreamed of.

And what is their power? - the reader will ask.

Their power is the same ~ about 100 thousand l. with. Moreover, the modern “Zamvolt” even lags behind the cruiser of the WWII era in speed (30 vs. 32 knots.)

Well, eight boilers “Babcock and Wilksos” smoked no less. As evidenced by the two pipes, the height of a five-story building, and the drawing of "Cleveland", where the entire middle part of the building was occupied by chimneys. 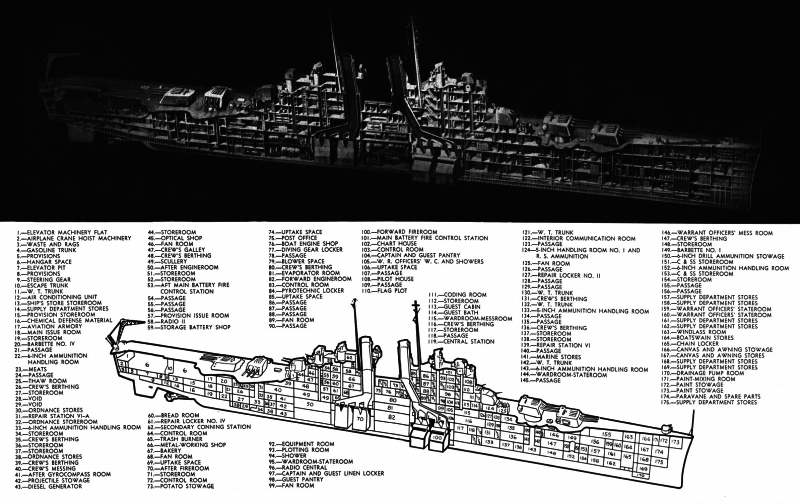 And here is another interesting remark:

Data for “Zamvolta” no. Nevertheless, as practice shows, none of the modern cruisers and destroyers could not surpass the Cleveland cruise range.

Of course, the helicopter is twice as heavy as the old hydroplane. But to ensure the work of hydroplanes, two pneumatic catapults and a crane were required to lift them out of the water. 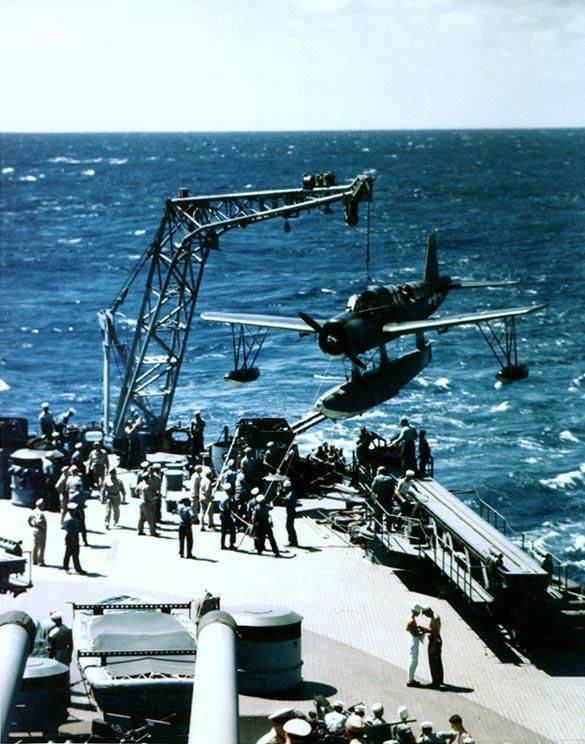 "Of course! - the reader exclaims. - Electronics on board a warship - in a protected version, in reinforced hulls, repeatedly dubbed and connected by protected cables with steel plugs tightly screwed into the sockets of the devices. Generators, bulky radar antennas, mast structures, and also an air conditioning system for rooms with computers installed in them ... "

The listed problems take place, but they are not the culprits of the “unreasonable” growth of the displacement of modern ships.

And besides, the old “Cleveland” was no less saturated with high-tech equipment. 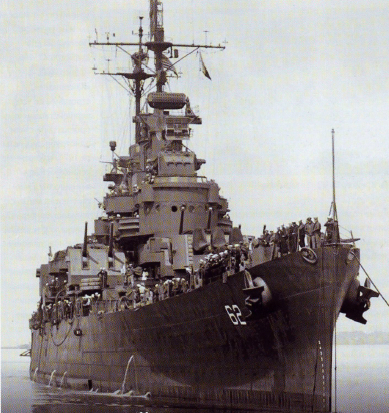 What is harder - a “mirror” of active PAR, or an armored director of the Mk.37 fire control system with a pair of radars (16 tons)? Cleveland has two such directors. And also a five-meter SC / SK type general-view radar antenna capable of detecting a bomber at a distance of 180 km and radar of an SG-type surface survey, not counting the directors of fire control of the main caliber Mk.34.

All this was done on the monstrous radio-electronic base 40-s. Only one analog computer LMS Mk.37 weighed over a ton.

No, we are not comparing the combat potential of the Zamvolt and the WWII cruiser.

But in terms of articles of load, the Zamvolt built on 75 years later must be equipped with some incredible amount of weapons - which weighs much less than the guns of World War II ships. And this despite the almost century-old progress in technology! On a modern ship, each ceiling, switch, generator, and switchboard weigh several times less.

Both the weapon, and ammunition - continuous joke. 80 missiles “Zamvolta” against 200 shells for each barrel of the GC cruiser “Cleveland” (total 2400), and another universal caliber - 500 for each gun (6000). Mass is easy to calculate yourself. And everything else is in the same vein ...

Strong veteran - one of the best cruisers of the Second World War, built in the number of 29 units. Leaving astern hundreds of thousands of fiery miles and capable of making a hundred rounds per minute of the main caliber!

On the other side of the scale - the load floating with perverted articles, in which the weapon accounts for only a tiny part of the displacement, and there is nothing left at all for constructive protection.

It is clear that the main problem of “Zamvolt” is a single pyramid of the superstructure, which combines all pipes, masts, retractable antennas and gas ducts. The pyramid allowed to place the radar at a considerable height (from the 9-storey building), without disturbing the integrity of the stealth destroyer. To compensate for wind loads and overturning moment from such a “structure”, in other words, to maintain the metacentric height within normal limits, the creators of “Zamvolt” were forced to spend the lion's share of the displacement on the ballast. 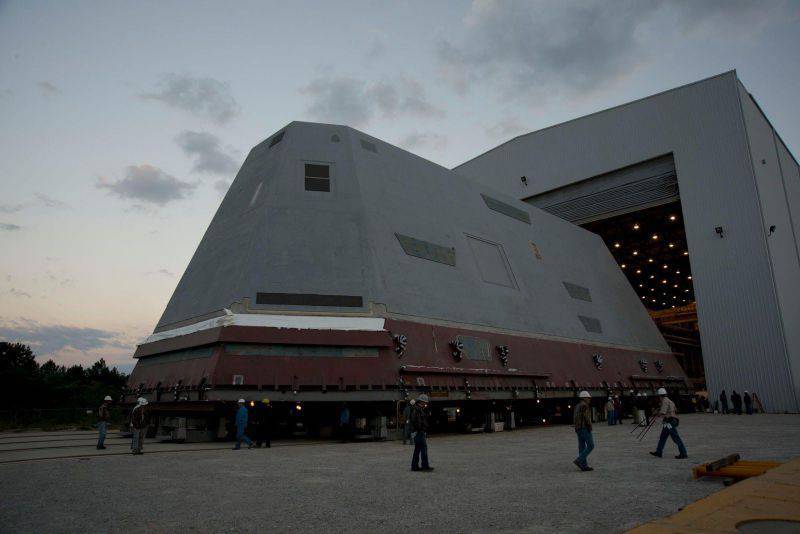 Plus, a less dense layout, in which the high-tech equipment-rich compartments (combat posts, command center, etc.) “swell” in size and are squeezed into the superstructure pyramid.

- automation and mechanization of most processes (belt conveyors along and across the whole body);

- a fully sealed case with pressurized inside;

Perhaps this is correct. But still ... From the smoke of sea battles, silhouettes of super-armed and protected ships of the past appear. And maybe when building the next Zamvolta, it is worth reconsidering some priorities in the direction of constructive protection, weapons and ammunition? 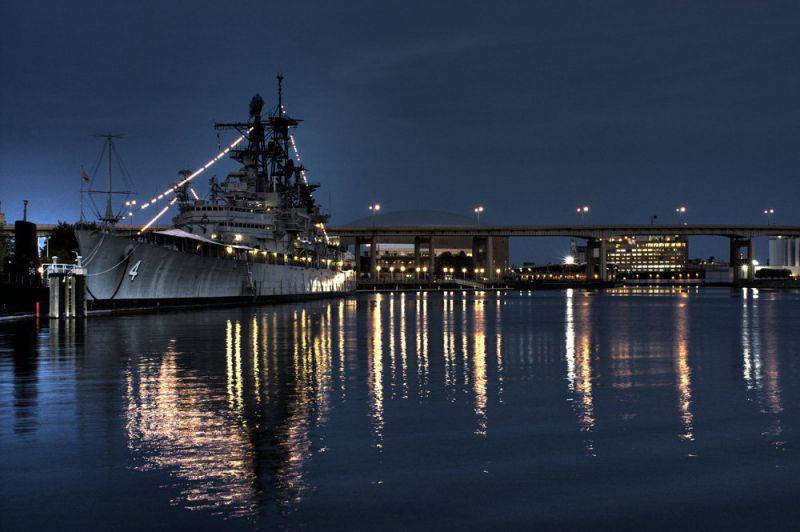 "Little Rock" - a modernized Cleveland-type missile cruiser of the end of the 1950-s.

Ctrl Enter
Noticed oshЫbku Highlight text and press. Ctrl + Enter
We are
"Svetlana". History of creationNuclear submarines with cruise missiles. Project 949 "Granite"
163 comments
Information
Dear reader, to leave comments on the publication, you must to register.