The project of the family of aircraft armament "Thunder"

17 September 2015
13
In the foreseeable future, the arsenals of the air forces of Russia will be replenished with two new high-precision ammunition. At the recent MAKS-2015 showroom, Tactical Missile Weapons Corporation (KTRV) presented its new projects of the Thunder family. Within the framework of the new program, a rocket and a bomb were created which are distinguished by a high degree of unification.


According to available data, the development of the Thunder projects was carried out by the head enterprise of KTRV - the former State Scientific and Production Center Zvezda-Strela (Korolev). The goal of the project was to create promising managed aviation means of destruction using common components, assemblies and assemblies. At the same time, on the basis of common components, two types of weapons were developed, a rocket and a bomb. It is noteworthy that the design of both products consists of two main blocks, one of which is unified, and the second determines the belonging to a specific weapon model.

In the framework of the new family were created two ammunition. The guided cruise missile received its own designation "Thunder-E1". T.N. the planning guided munition (bomb), in turn, is referred to as “Thunder-E2”. As follows from the available data, both ammunition are similar in size and weight. Thus, the total mass of the missiles and bombs are within 600 kg (according to other data, 522 kg). Due to the maximum possible unification of the design, the geometry of the two products also coincides. 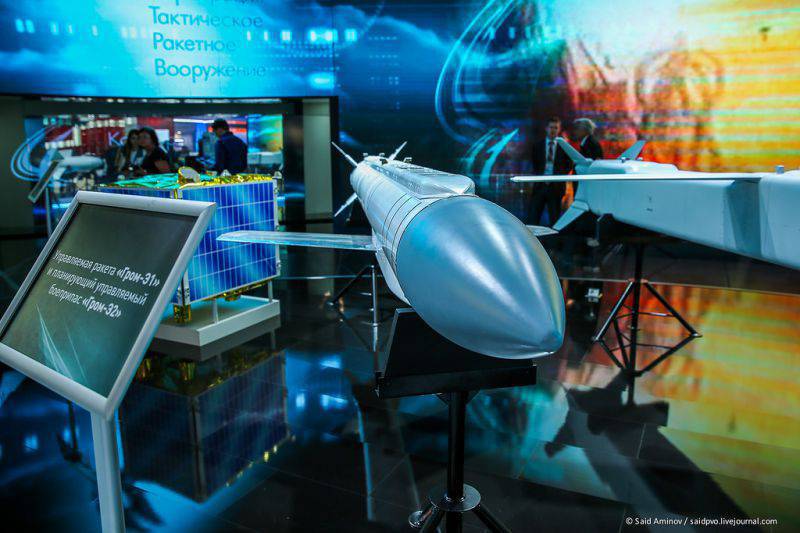 The main element of the rocket and bomb family "Thunder" - the head unit. It will contain the guidance system, warhead weighing up to 300 kg and some other equipment. In addition, a fairing with attachments for the wing is provided on the bottom surface of the head unit. In order to reduce the size weapons in the transport position, the wing is collapsible. When transporting the plane stacked along the hull and reduce the maximum size of the cross section of a rocket or bomb. After dumping, the wing opens, which allows to increase the flight range.

As follows from the available data, the Thunder-E1 rocket and the Thunder-E2 bomb use a unified head unit. Two products of the new family are distinguished by a tail unit, which is connected to the head unit. Due to this, it is planned to improve the manufacturability of production, as well as to reduce the cost of the finished ammunition of two types.

The Grom-E1 guided missile receives a cylindrical tail block with a sustainer engine, with which the product is able to fly a long distance. In addition, in the tail of the case there are X-shaped all-turn steering wheels. In order to reduce the dimensions in the transport position, this plumage is collapsible and each of its elements consists of two parts. On the case, on the rotary bases, U-shaped elements are fixed, inside which are placed the swinging folding console.

The planning ammunition “Thunder-E2” has a tail unit of a similar design, however, it is distinguished by its internal units. Apparently, the guided bomb also has a set of steering wheels for changing the trajectory. However, it is not equipped with a rocket engine. Instead of charging the rocket fuel, an additional high-explosive fragmentation warhead is placed in the tail block of the bomb, due to which the total charge of the product increases, according to some data, to 380 kg. 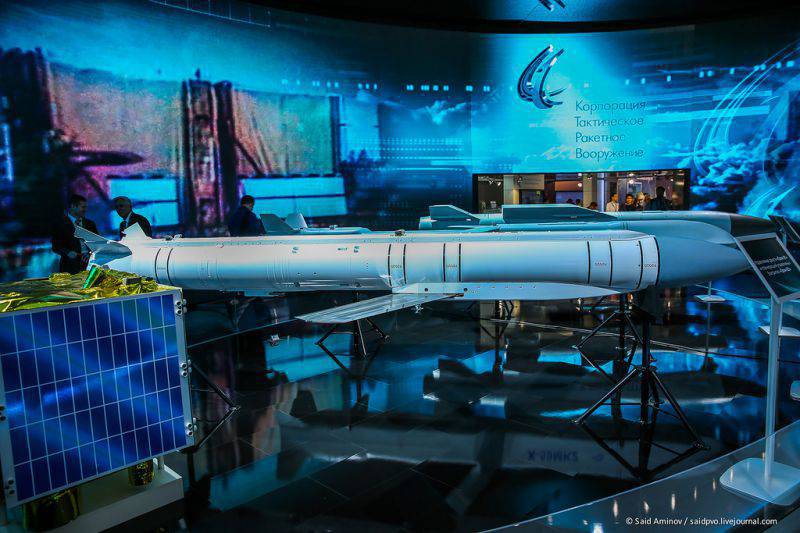 General view of the product. Photo by Saidpvo.livejournal.com

The standardized head unit of the rocket and bomb is equipped with a homing system, ensuring the defeat of the specified target with high accuracy. The unit receives a combined guidance system, which includes inertial and satellite navigation units. In addition, the characteristic appearance of the head fairing allows you to build assumptions about the possibility of using an active radar homing head. However, the existence of this equipment option has not been confirmed.

The exact characteristics of the two airborne weapons of the “Thunder” family have not yet been announced. However, information has already appeared on some of the capabilities of these weapons. So, the range of the rocket must reach 300 km. The range of the resetting planning bomb has not yet been specified, but it is argued that both products can be used to attack targets without the need to enter the enemy's air defense zone.

During the MAKS-2015 exhibition, Tactical Missile Weapons Corporation demonstrated several models of the advanced Grom family of weapons. One of the demonstration samples was placed on the stand of the corporation in one of the pavilions. The second model was suspended under the wing of the MiG-35 fighter, located on a static parking lot.

According to information from KTRV, the rocket and bomb of the project “Thunder” exist not only in the form of mock-ups intended for demonstration at exhibitions. Not so long ago, new products were put to the test. The TASS news agency, citing its sources in the defense industry, reports that during the tests, the carrier of the promising weapons will be the MiG-35 fighter. It is this aircraft that will carry out test missiles and bombs, as well as attack conditional targets with their help.

In the future, other domestic aircraft may also be carriers of promising aviation weapons. So, one of the main carriers can be a promising fighter T-50, created under the PAK FA program. Moreover, according to some data, the products "Grom-E1" and "Grom-E2" were originally created taking into account the use of fifth-generation fighter jets. This feature of the project primarily affected the dimensions of the products, and also led to the use of folding wings and rudders. The T-50 is equipped with internal compartments for weapons and, as a result, a new weapon for it must have the appropriate dimensions. 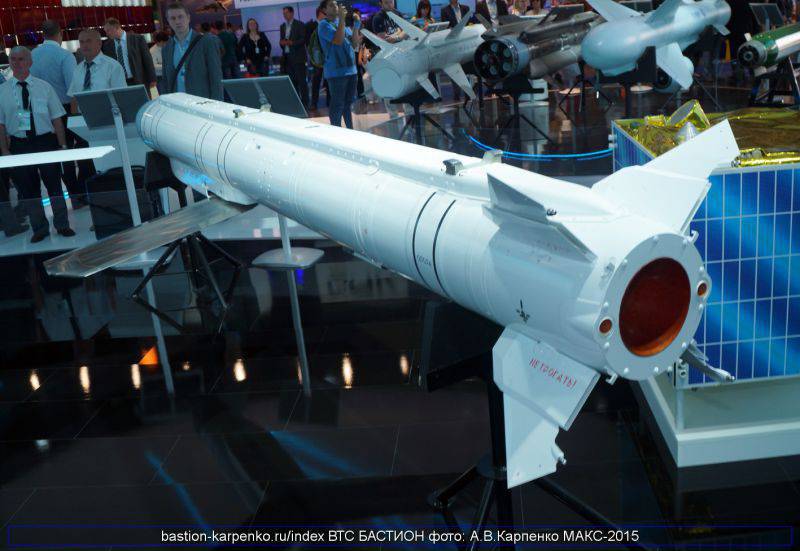 TV channel "Star" reports that testing of new weapons should be completed in the next few years. Already in 2017, the products "Grom-E1" and "Grom-E2" can be adopted by the Russian air force.

Unfortunately, while KTRV does not disclose the main characteristics of its new developments. Nevertheless, the details of the projects can be announced at other exhibitions of weapons and equipment. The Russian defense industry regularly shows its new developments in domestic and foreign stores, so it is enough just to be patient and wait for the appearance of full-fledged promotional materials and information boards.