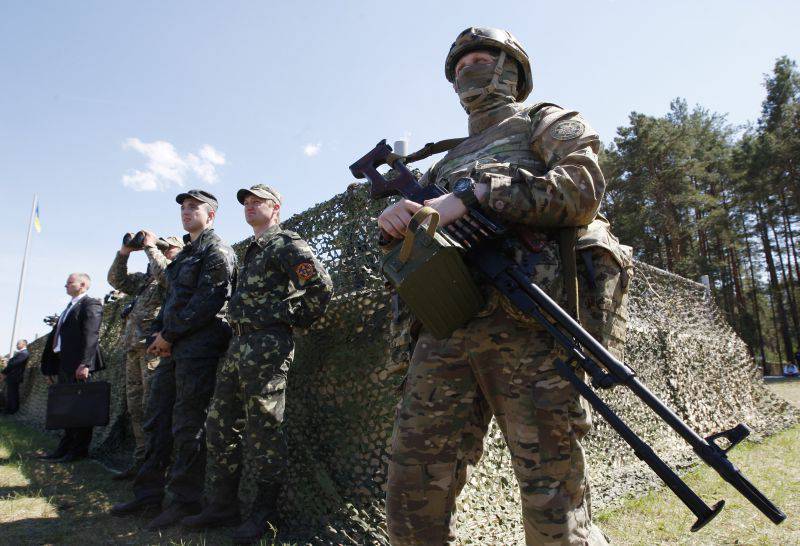 “At each stage of the exercise, training of instructors will be provided as part of the National Guard personnel, who will pass on the acquired experience. In the future, they will conduct classes in their own units, ”the press service reported in a press release published by INTERFAX-UKRAINE. "Military Industrial Courier".

It is also noted that during the final stage, 20 instructors will be trained from among the guardsmen.

“The third stage will be similar to the previous one. Our classes are aimed at training small units, improving their tactics and skills, ”said the 1 th lieutenant of the 153 th airmobile brigade of the US military. Daniel Lantz.

We are in Yandex Zen
The action “Military service under the contract is your choice!” In Rostov-on-Don: future contract servicemen, exhibitions and “Russian Knights”
14 comments
Information
Dear reader, to leave comments on the publication, you must to register.