Georgia said it would refuse Russia if it asks for airspace for transport overflights.

15 September 2015
143
Today (Tuesday, September 15), the main military department of Georgia notified the Russian side that the Georgian airspace for transport aircraft remains closed. The Georgian Ministry of Defense said that since 2008 Russia has not turned to Tbilisi with a request for permission to use the country's airspace for the passage of transport aircraft aviationbut if now it “turns, Georgia will refuse.” This is reported in the newspaper. "Sight". 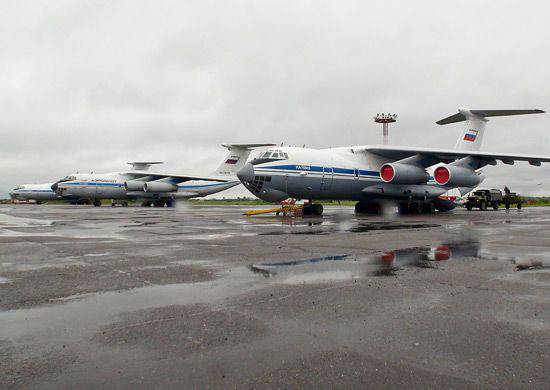 Interesting logic of the Georgian Ministry of Defense: Russia did not apply for permission to Tbilisi, since the Georgian airspace did not use transport workers for the flight, but Tbilisi is still ready to refuse. Something from the series: “You are not proposing to me to be married, but if you offer me, then I will probably say“ no ”...

Recall that earlier the Bulgarian authorities announced the closure of its airspace for its use by Russian transport aviation aircraft heading for Syria. At the same time, the Bulgarian Foreign Ministry announced that if Russian planes landed at Bulgarian airfields for “cargo verification”, and if “the cargo would correspond to the declared one,” then the aircraft of the Russian Federation could continue the flight.

Ctrl Enter
Noticed oshЫbku Highlight text and press. Ctrl + Enter
We are
143 comments
Information
Dear reader, to leave comments on the publication, you must to register.