Golden games: who does not trust anyone

16 September 2015
24
In Europe, there has been a tendency to repatriate national gold reserves held by the US Federal Reserve Bank (New York), as well as by banks in England and France. Following Germany, exporting gold from the United States and France, the central banks of Austria and the Netherlands became interested in repatriation issues. Austria intends to return gold from the Bank of England, and the Netherlands will take bullion from the United States. As a result of the "departure", a little coin on historical his homeland stocks in the Federal Reserve Bank of New York decreased markedly. 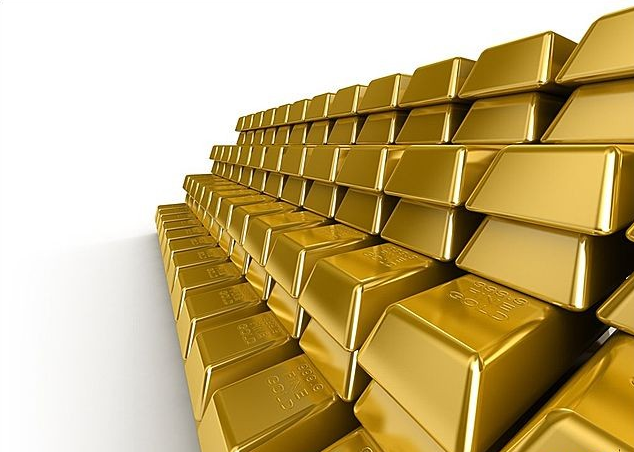 According to the channel "RT", stocks of precious metals in the Federal Reserve Bank reached the lowest level in many decades, as European central banks take their gold. The first country that asked to return part of the gold bars was Germany, reminds the TV channel. Then the Netherlands followed its example, and in May 2015, a similar decision was made by Austria.

The trend of gold export to the motherland was commented on by RT President of the Institute Ludwig von Mises, economist Lew Rockwell.

“The US Federal Reserve and supporters of the economic policy of this department will say that gold does not play a monetary role,” said the expert. “But then you will have to explain why the Federal Reserve Bank holds so much gold, not only from America, but also from other countries. By the way, it is typical for empires to keep gold in their colonies or dependent states. The decision of foreign governments to withdraw gold from the Federal Reserve Bank of New York is not very happy with Washington, but it is extremely important for their independence. Some even fear that part of the bullion was missing or that gold could have been mortgaged. Perhaps the bars and lie in the same place, but to whom they belong - is another question. In my opinion, it is quite natural that Germany, Austria and other countries decided to take away their gold. ”

Recall that from the Federal Reserve Bank in New York, the Germans want to take 300 tons of their gold. By the way, many journalists, including the largest central mass media in Russia, exaggerate this number without bothering to check the data. For example, on KM.ru You can read the following: “... but from the USA. In this country, Germany holds about half of its gold "bricks". A year and a half ago, Berlin requested 674 tons of gold back, but received only 5 ... "Or online RIA News" (Radio Sputnik) read: “In the USA, in New York, the gold of Europe is stored. Not all, but very much. Germany has the largest warehouse - 674 tons of gold ... ”The purpose of our article is not to criticize Russian journalism, which is often done“ on the knee ”, so we’ll just keep silent about the accuracy of information from other Russian resources. We repeat only that the Germans want to take out all 300 tons of gold from the Federal Reserve Bank in New York. And 374 tons of German gold will be exported from Paris. Just recruited just 674 tons.

This data is confirmed by the Bundesbank itself, that is to say the original source ( link). However, in some Russian media you can also find the correct data - for example, Interfax: “Bundesbank continues to repatriate gold as part of a program to return 674 tons to 2020: 374 tons from France and 300 tons from the USA” or at the portal "Vesti.Ekonomika": “After the overwhelming announcement in January of 2013 that the Bundesbank plans to take away the tons of gold 674 currently stored at the Federal Reserve and Central Bank of France ...”

We'll see on the website of the Bundesbank how things are going with the repatriation of German gold from Paris and New York. It turns out that they are successful. Germany exports more and more gold: the figure for the following year significantly exceeded the previous one.

According to Deutsche Bundesbank press release (2015), Germany successfully continues to return its gold. Repatriation operations have intensified since 2014.

As can be seen from the data on the transfer of gold, in 2013, the Germans took out only five tons of precious metal from New York. At the same time they took more from Paris - 32 tons.

In 2014, the picture changed radically. 120 tons of gold from abroad arrived in Frankfurt am Main: 35 tons from Paris and 85 tons from New York.

“Our new storage plan for gold reserves is running smoothly. The return operations are on schedule, ”says Karl-Ludwig Thiele, member of the Executive Council of the German Federal Bank.

2013-2014 total 90 tons were exported from New York and 67 tons from Paris (total 157 tons, or approximately 23% of the total). Accordingly, 210 tons still have to be taken from the Americans and 307 tons from the French (as we can see, the latter have more gold than the former; in fact, the Germans are going to take all their gold out of Paris).

According to the current gold storage plan (approved in January 2013 of the year), the Bundesbank expects to keep half of German gold and foreign exchange reserves in its vaults from 2020 onwards. By 2020, 300 tons of gold from New York and all 374 tons of gold from Paris will be moved to Frankfurt am Main in a phased manner, according to the website.

Also on the website of the Bundesbank provides data on the storage of German foreign exchange reserves.

As of 31 December 2014, the gold reserves of Germany were stored in the following locations:

It is also reported here that the Bundesbank assures not only the availability, but also the authenticity of German gold reserves throughout the entire process, up to the transfer of ingots to Frankfurt am Main. Upon arrival in the city, all the transferred gold bars, indicated on the website, are carefully checked by the Bundesbank. During inspections, no violations were identified.

As for the amount of gold in the Federal Reserve Bank of New York, then, according to the channel "RT", citing statistical data, in July 2015, the gold reserves in this bank decreased to 5950 tons.

Now a few words about Austria and the Netherlands.

Recall that information about the plan for the export of gold in Austria appeared in the press in May 2015, but we are talking about the export of bullion not from the US, but from England.

As indicated by the portal "Vesti.Ekonomika", Austria intends to return to homeland 140 tons of gold from the Bank of England. The Central Bank of Austria confirmed this to the Kronen Zeitung edition, noting that by the year of 2020 it will hold 50% (or 140 tons) of its gold in the country. At present, only 17% is stored domestically. The Bank of England holds 80% Austrian gold, but soon there will be only 30%. Probably, we are talking about distrust of the Bank of England, since the Austrians will return 92,4 tons to Vienna, and 47,6 tons will be sent for storage in Switzerland.

But the Netherlands does not seem to be inclined to trust the United States. “Vesti. Economy” reminds that since last year De Nederlandsche Bank has been transporting tons of its reserves to the country of 600. Currently 51% Dutch gold is stored in the Federal Reserve Bank of New York. This amount is planned to be reduced to 31%. It is officially announced that this step is aimed at a more even distribution of stocks. However, gold is exported from the United States, but remains in banks in Canada and England: the amount of reserves stored in Canada and the United Kingdom (20% and 18%, respectively) will remain unchanged.

Well, Germany, apparently, categorically does not trust France, since it decided to take away all its gold from there. At the same time, the Germans are not taking gold from the Bank of England in London, where there is quite a lot of it - 438 tons.

Germans relatively trust the United States. As of December 31, as we have already indicated above, 2014 tons (1.447%) of Germany’s gold reserves were stored in the Federal Reserve Bank in New York. The Germans take all 42,8 tons from New York, moreover, not simultaneously, but in stages, until 300.

Observed and commented on Oleg Chuvakin
- especially for topwar.ru
Ctrl Enter
Noticed oshЫbku Highlight text and press. Ctrl + Enter
We are
Results of the week. “We can expect everything from these bees”How the Germans and the Swiss considered their gold
24 comments
Information
Dear reader, to leave comments on the publication, you must to register.