16 September 2015
1
Although twenty years have passed since then, I remember this rehearsal well. Under the symphony orchestra, our choir sang the song “Only together”. We, then second graders of the music school, were very proud of ourselves. But the conductor of the orchestra suddenly turned to us and said sternly:
- You do not sing, and candy mumbles like toothless old women!

- Who is this guy? - I asked in a whisper from a neighbor.
- Bah! - she said.
So I met our director, Viktor Alekseevich. And for a long time I did not know that his name was not Bach, but Bakhmetiev. 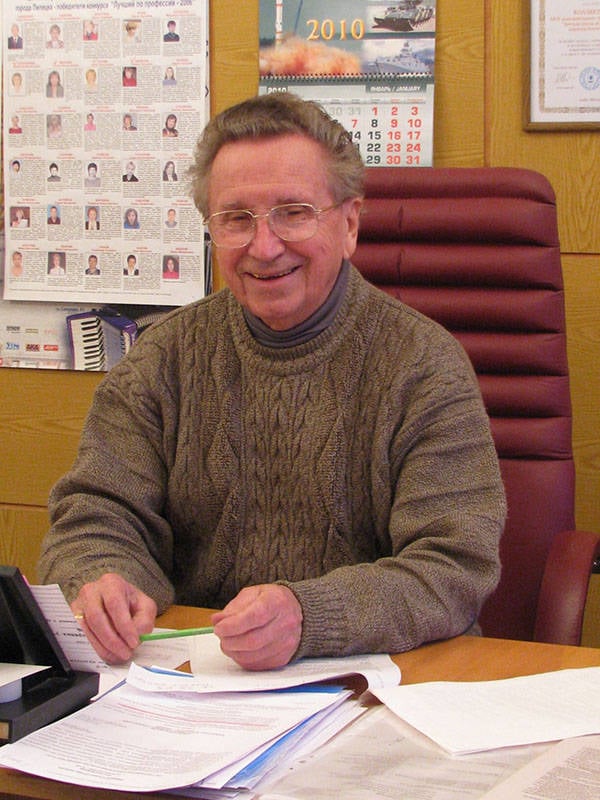 Of course, such a reduction is flattering for a musician. But “Bach” was so called for strict character. He never raised his voice, but even the rogues subsided as he appeared. “We have discipline like the military!” We said. And they did not suspect that the truth was near. At first our director chose the military profession and gave her a lot of energy. Moreover, the childhood of Viktor Alekseevich was burned by the war.

Bakhmetievs
... The Germans entered the village of Rudkino, Voronezh Region in July 1942. All residents - about eighty families - were driven to a concentration camp in the neighboring village of Seventies. Among the prisoners were the Bakhmetyev family: grandfather Zakhar, grandmother Masha, mother Marina Yakovlevna and four children: eight-year-old Vitya and the younger ones - Misha, sister Sasha, and one-year-old Peter.
In the summer lived in a ravine. And when the cold came, the Nazis drove the prisoners to the barnyard. Those who could hold a shovel in their hands, chased to dig trenches. Marina Yakovlevna, trying to save children from starvation, almost all her meager ration was divided between them. And in December, she died of exhaustion. She was 31 year ...

A month later, our troops liberated Voronezh. Retreating, the Nazis burned for themselves everything they could. And when the former prisoners entered a high hill, from where they could already see their native village, they saw only smoldering walls.
Nowhere to live, no food. And suddenly - happiness, it is happiness! - Zakhar Mikhailovich remembered that he had killed a cow in the summer. Salted the meat, put it in a barrel, and buried a barrel under the house. Dug up - and found! So they reached the spring themselves, and helped the neighbors. The meat was divided into many tiny pieces, they were strictly distributed among the residents of the village.

Rudkino village stood on the banks of the Don. And the other shore was mined. In March, the drift began - Don "walked", grunted, reared up. For a whole month there was a roar on the river - they exploded, bumping into mines, ice floes. A lot of fish died in that military March. Vitya and grandfather went to collect it, and then they changed it in neighboring villages for potatoes and bread. That and lived.

In the orphanage
The postman brought a letter in which it was reported that Bakhmetyev’s father died near Moscow. The children were left orphans, and now, by law, they had to be given to an orphanage. Grandfather and grandmother did not want this, but understood that they could not feed the four. So Vitya and Misha found themselves in the village of Pavlovka, Dobrinsky District, in the Gorky children's home.
No matter how bitter the separation, the boys dreamed that now they would not have to take care of food. But it turned out wrong. Among the senior pupils were their own orders. So, they were amused by the fact that sometimes at night straw mattresses of the younger children were set on fire. And trips to the dining room, where it was necessary to defend a long line, turned into “elections”. That is, they chose those who today give them their portion, which is already very scarce. If the "chosen one" stubbornly, he was mercilessly pounded.

But there was a lot of good. Once the head teacher, Reuvim Nakhimovich, approached Victor and showed a clipping from the newspaper. The note was titled “Captain Bakhmetyev’s feat.”
- Vitya, is this not your relative?
And Vita wanted it so that the newspaper would really tell about someone dear! Reason he firmly knew that this can not be. And the heart, the heart ...
“I don’t know ...” only the boy could say.
- Well, then hold a gift, - Reuven Nakhimovich smiled.
And he stretched a notebook - a royal for those times luxury. Indeed, in an orphanage they wrote on old newspapers.
Vitya never saw that newspaper again. But for a long time he believed that the heroic captain Bakhmetyev was his relative.

"I was put on the pipe!"
In 1946, a commission from the Voronezh School of Military Music (yes, it’s music, there are no typos!) Arrived at the orphanage. The students of the Soviet Army. They checked the ear for music. Of the two hundred and fourteen people, only two were selected, including Vitya. So he opened a completely new world - musical.
Teachers at the school looked at Viti's lips, checked his breath and determined him to play the trumpet. “They put me on a pipe!” - proudly wrote a boy in a letter to the children of the orphanage. True, they did not immediately understand what was the matter. They figured out for a long time what they put on and on which pipe ...

Discipline at school was military. After general subjects - music lessons. Pupils were getting to the windows, four people at the window sill, each holding his own instrument. They rehearsed for several hours. And at the end of the corridor there was a duty officer - a sergeant. If he noticed that someone was lazy, slowly came back and taught lazy with a pointer.

And the most joyful event was the campaign “for the cinema”. The mechanic laid out the boys of the reel with the film, and they went to the other end of Voronezh to watch a movie. The road ran through the aircraft graveyard, and then the mechanic allowed the guys to play a little. Boys are boys! They climbed into the surviving cabins and presented themselves as pilots. And Victor represented. And he did not guess that this was his future.

Then...
After graduating from music school, Victor entered the Voronezh Air Force Special School. He was no stranger to discipline, and he quickly became friends with sports. Every day, in any frost, future pilots ran out for charging - in some gymnasts. And no one was sick! Viktor Alekseevich remembers his first flight - he ran over the Lipetsk school No. XXUMX. Then, for the first time, Bakhmetyev noticed that from above the school looks like a fascist cross. Now many people know about it, but in those days the “cross” was not particularly known: the building and the building. But the fact is that the school was built before the war according to the German project. Who then knew what the swastika would bring us ...

And now ask me, dear readers, for the frequent repetition of the word “graduated” - you cannot do without it. After graduation, Viktor Alekseevich became a cadet of the Irkutsk Military Aviation School. Five years served in the Arctic, received the rank of captain. But the pilot could not part with the music. After demobilization, he came to Lipetsk, entered a music school, and then graduated from the Leningrad Institute of Culture.
So Viktor Alekseevich became our director. Our Bach, which for 26 years has brought up more than one hundred boys and girls, turned the music school into an art school and 22 was the only one in the field of children's symphony orchestra.

I remember such a case.
The old building of a musician has become quite dilapidated Bakhmetyev promised new, obkomovskoe. Good, spacious, bright. But at the last moment it turned out that the school could be refused. And then Viktor Alekseevich showed a military grip. Together with some of the school’s teachers, he was on his hands (good, just a few stops) brought the most expensive relic to the new building - the piano. Brought him into the lobby and left. And on the same day, a note in the local newspaper appeared, thanks to the director Bakhmetyev and the parents of the students for the new building in which the children would be very good. So Muzykalka and moved. And it “lives” safely in this elite building until now.

... Soon a year, as Viktor Alekseevich was gone. And when I pass by the school, everything seems to me that he will now open the doors and come out to meet me, neat and taut in a military manner.

We are in Yandex Zen
Father told
Non-classified materials - the truth is somewhere nearby (Part of 1)
1 comment
Information
Dear reader, to leave comments on the publication, you must to register.