Source: Ukraine has an “awful” situation with volunteer battalions

14 September 2015
59
Volunteer battalions that were part of the Ministry of Internal Affairs, for the most part consist of criminals, a source in the military prosecutor's office of Ukraine told Ukrainian "Vesti". 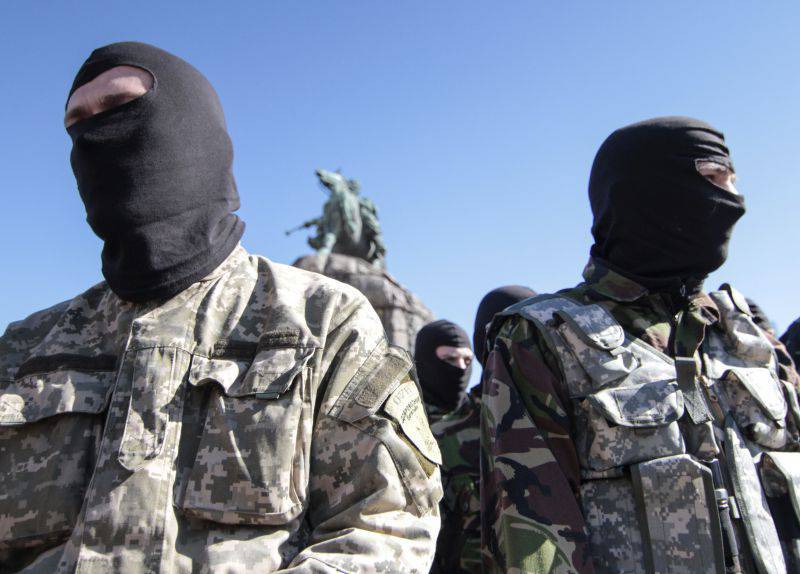 According to the interlocutor, "the situation with the police battalions is now just awful."

“You see who issued the police ID and provided weapons. In fact, these are organized crime groups organized under the wing of the Ministry of Internal Affairs, ”the prosecutor’s office quoted RIA News.

For example, the source cited the battalion "Shakhtersk, which, in his words," quietly disbanded and altered in the "Tornado". "

“But it was from Tornado that such cadres as the Belarusian Lyashuk, who was recently detained for torture and looting, became a Muslim and called himself Al-Takbir Daniyal Aleksandrovich, came from,” the law enforcement officer said.

He also said that criminal proceedings are open against servicemen of “Azov”, who “are regularly detained (by security forces) in civilian life with weapons brought from the ATO zone, or participate in drunken fights in Kiev hundreds of kilometers from the ATO zone”.

Ctrl Enter
Noticed oshЫbku Highlight text and press. Ctrl + Enter
We are
Innovation Day of the Southern Military District: MLRS Tornado-GReports from the militia of New Russia for 2 September 2014 of the year
59 comments
Information
Dear reader, to leave comments on the publication, you must to register.