Yak-130 will begin shipping in Bangladesh in September of this year.

14 September 2015
25
This week will begin deliveries in Bangladesh training aircraft Yak-130, reports MIC with reference to the head of "Rostec" Sergei Chemezov. 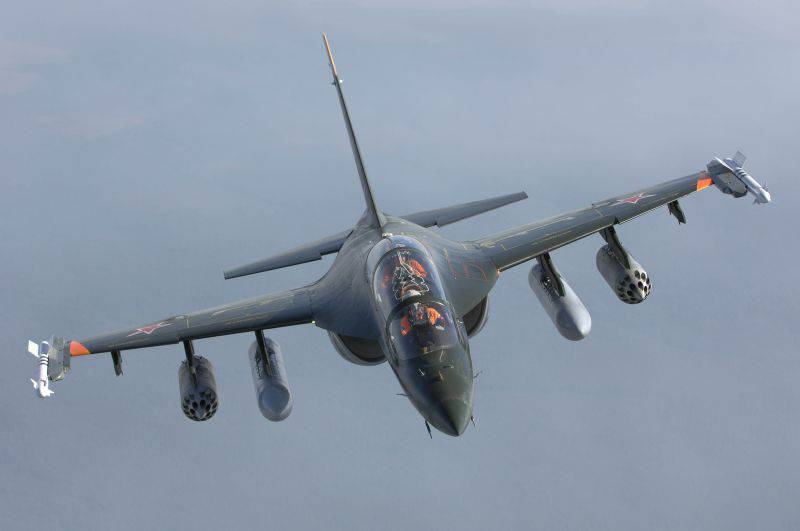 "September 17 will ship the first batch of Yak-130 to Bangladesh - six units from the 16 will be delivered under the contract," said the manager.

According to him, “Bangladesh is the second foreign country that ordered combat training Yak-130, before that 16 of such aircraft was received by Algeria”.

Chemezov noted that “initially in Bangladesh they planned to purchase 24 Yak-130”, however, these plans had to be changed due to lack of funds.

Help "MIC": “The twin-jet combat-training aircraft of the new generation Yak-130 was developed by the Yakovlev Design Bureau, which is part of the Irkut Corporation. It is intended for training and combat training of flight personnel, as well as combat use in simple and complex meteorological conditions, for air and ground targets. ”

Ctrl Enter
Noticed oshЫbku Highlight text and press. Ctrl + Enter
We are
Reports from the militia of New Russia for 2 September 2014 of the yearSergey Chemezov: Rosoboronexport is steadily increasing sales of military products
25 comments
Information
Dear reader, to leave comments on the publication, you must to register.