14 September 2015
53
The construction of the world's largest scientific nuclear reactor began in Russia. It will allow to conduct research in energy and medicine, including international ones, the newspaper reports Look. 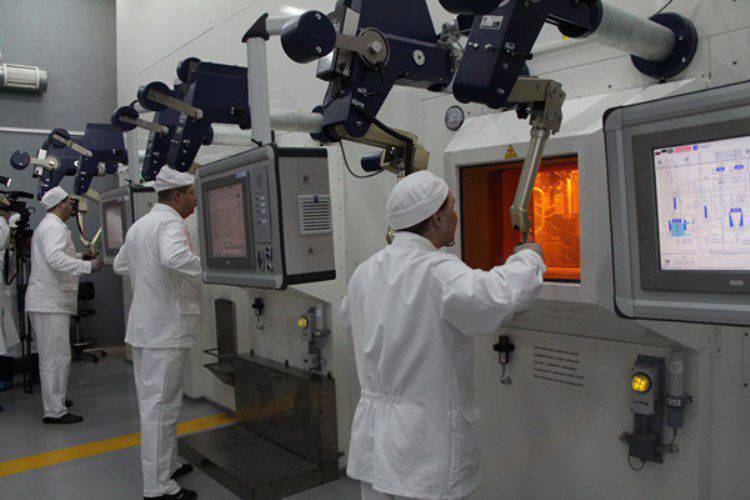 A reactor is being built in Dimitrovgrad (Ulyanovsk Region) at the site of the State Center of the Russian Federation Scientific Research Institute of Atomic Reactors (NIIAR, part of the management of the enterprise of the state corporation Rosatom of Science and Innovations JSC).

It will be “the world's most powerful multipurpose fast neutron research reactor (MBIR), which will carry out the projects necessary for the development of global nuclear energy,” the newspaper notes. Its thermal capacity will be 150 MW.

According to the developers, "it is planned to create an International Research Center on the basis of the reactor, where, in particular, new types of nuclear fuel, structural materials and heat carriers will be studied."

“The new reactor will allow three to four times to reduce the time to develop new types of fuel and structural materials necessary for the global nuclear energy of the future. The more reactor power, the faster the results can be obtained. If we use standard low-power reactors that are currently operating in the world, the research time will take decades, ”said Vyacheslav Pershukov, deputy general director of Rosatom State Corporation.

“The structure of the MBIR project is such that it allows us to speak about the version of its commercial use,” Pershukov added.

According to the head of the Nuclear.Ru portal Ilya Platonov, “the key thing in that project is that it will be an international program”.

“This is an important point: not all countries that have or plan to develop nuclear energy, have a fully experimental scientific base. Often, studies to substantiate some technologies are ordered in other countries. Therefore, states that possess such facilities receive additional competitive advantages, ”said Platonov.

According to Sergey Lebedev, an employee of the Institute for Nuclear Research, RAS, the reactor will allow for research when creating a new nuclear cycle.

“Now we are using uranium. In the future, it is planned to use a new nuclear cycle based on thorium, it is safer, with less waste. The reactor will allow you to explore all aspects of the use of the thorium cycle. In addition, in these reactors, objects are irradiated for scientific purposes. In particular, for the production of isotopes, which are used in medicine. In addition, the reactor can be used to study the process itself in fast reactors and to create new types of reactors, ”he said.

Ctrl Enter
Noticed oshЫbku Highlight text and press. Ctrl + Enter
We are
The nuclear industry of Russia is waiting for “Breakthrough”Russia demonstrated the most promising weapons at INDO Defense-2014
53 comments
Information
Dear reader, to leave comments on the publication, you must to register.