Project "ZZ". Not a threat, but an ordinary Third Rome

14 September 2015
66
NATO said that Moscow was not a threat at all. The Russians, of course, are complex, difficult to understand, but they are not a threat, if only because NATO has “reliable mechanisms” for their “containment”. In the meantime, American experts have found out that the order in Syria will be imposed not by the “coalitionists”, but by V. V. Putin and Ali Khamenei. In addition, no "collapse of Russia" is not expected. And another thing: the top officials in the Kremlin are not going to bow to the inhabitants of the White House, and in Ukraine, too, things will not be the way the West wishes. 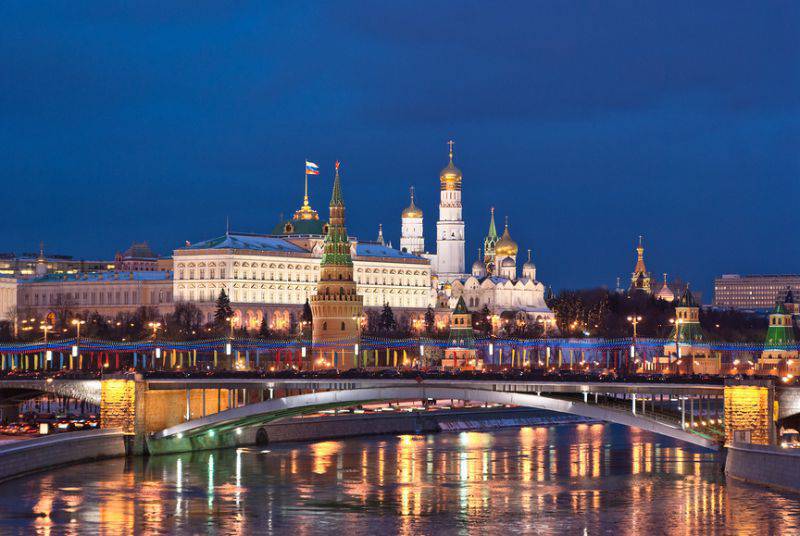 In an interview with the Slovak newspaper Pravda, NATO Secretary General Jens Stoltenberg said that he sees no immediate threat from Russia to any of the member countries of the North Atlantic Alliance. According to Stoltenberg, who leads "Lenta.ru", NATO gives reliable protection to its members: “As long as such reliable deterrent mechanisms as now exist, the likelihood that someone will make an attack on a NATO member country is very small.”

At the same time, the role of Russia in the world is “very complex and complex,” but the main person in NATO seeks to continue constructive relations with Moscow: “I believe that there is no contradiction between the increase in defense capability and attempts at political dialogue.”

Meanwhile, Jed Babbin in an American newspaper The Washington Times hinted that all roads lead ... to Moscow.

The past few weeks and months have been rich in negotiations. Representatives of the United States and some leaders of the Arab world, the author notes, visited Moscow, trying to finally resolve the long-standing Syrian crisis - after all, the war in Syria has been going on for more than four years. The curious thing here is that no one went to B.B.H. Obama for advice. Instead, the Americans themselves, and some of their Arab allies, went to Moscow. The author compares these Moscow visits with the arrival in the Middle Ages to bow to the nearest feudal lord of those who sought protection and patronage.

Jed Bubin recalls that Europe is currently suffering from flows of refugees - people fleeing from Syria, Libya, Iraq, Yemen. Obama’s support of the “French war”, the purpose of which was to overthrow Muammar Gaddafi, the author calls “erroneous”.

The refugee problem and the mistake of Obama are "closely related." However, is there any motivation for Russia to stop either the Syrian civil war or the influx of Middle Eastern refugees to Europe?

Already four million refugees, according to newsleft Syria. Germany alone expects as many 800.000 asylum applications this year. Britain resists, but how long will this resistance last? ..

According to the analyst, the Syrian war and the mass exodus of refugees will continue. Here are two arguments: first, the United States lost its influence in these matters, and the influence of the “strong president” Vladimir Putin, as well as Ayatollah Ali Khamenei, Iran’s supreme religious leader, has, on the contrary, increased to such an extent that, most likely, they determine the outcome of the war in Syria; secondly, the European Union was unable to agree on limiting refugee flows from the Middle East and North Africa.

In essence, Russian President Vladimir Putin has no reason to help Europe restrict the flow of refugees from Syria and other countries. What for? In addition, at the same time he gets a “two-in-one”: he continues to support Bashar Assad (according to the journalist, Assad’s policy is a “destabilizing influence in the Middle East”) and receives a bonus in the form of destabilized European democracies.

And what about the Arabs? As soon as American President Obama abandoned his “red lines”, once painted with threats against Syria, Saudi Arabia and the rest of the Arab world realized that the White House could no longer be relied upon. Americans from the "stabilization" of the situation clearly refused. And the Arabs recognized it as an accomplished simple fact that Putin’s Russia (as well as China) is now replacing America. Moscow was also rated as a likely counterbalance to Iran.

However, the author admits, the Arabs did not understand something: Mr. Putin sees a much greater value precisely “in the Middle East instability”, and therefore he will continue to support B. Assad.

In this regard, the author recalls the frequent visits to Russia by US Secretary of State John Kerry, who was talking about a “political transition” in Syria. “All these efforts were unsuccessful for understandable reasons,” the observer mocks. Yes, and why would? Russia, like Iran, has invested a lot in the Assad regime, the author notes. Russia has a naval base in Tartus, through Syria Putin’s power is directly designated in the region. Putin will never risk throwing Assad.

As for Obama, he “chose by default” the power of Russia and Iran in the Middle East. He apparently believes that the publicist remarks that "a powerful Iran will help stabilize the region in the absence of American influence." Washington’s deal with Tehran on the nuclear program is part of the White House’s strategy. And therefore it is clear: Washington will not “settle” the Syrian crisis.

As a result, the Middle East is “in complete disarray”, and Europe is going crazy with refugees. The laws of the European Union leave the doors of member countries open to those who flee from Syria, Yemen, Iraq, Libya, and so on. Putin will not resolve the conflict in the Middle East, since Putin’s interest is not “to maintain European democracy and freedom.” This, the author believes, proves the example of Ukraine.

The next US president, the analyst admits, could help Europe solve its problem, but he will receive full power only in January of 2017. And at that time it may be too late!

Nikolas Gvozdev (Nikolas K. Gvosdev) in "The National Interest" went further than Jed Babbin and suggested to Washington to take an example from Moscow.

Russian ships and airplanes continue to deliver cargo to Syria, and it becomes clear that Vladimir Putin is thus giving the world several "geopolitical messages." According to the author, there are five of them.

The first. Statements about the “collapse of Russia” are greatly exaggerated. In other words, the opinions that Western sanctions plus a drop in oil prices, combined with a slowdown in China’s economic growth have led the Kremlin to the brink of precipice, are premature. Of course, Russia does not have such global opportunities to use military force abroad, but it is fully capable of sending troops to Syria and is still one of the few selected states that can support their military forces outside their territory. And today, the Kremlin makes it clear, the analyst believes that he plans to take an active part in setting the agenda in the Middle East.

The second. Putin makes it clear that he will not passively accept the position of Washington "by default", which is that the removal of tough strong power will lead to long-term stability in the Middle East. While the United States and Europe are “discussing their next steps” about the crisis and migrants, Russia is ready to act through direct military assistance to Assad, who is fighting the Islamic State (after all, this is the best way to resolve the conflict). And Putin is not interested in asking the "permission" from the West or waiting for a "blessing" from Washington.

Third. Russia is increasingly confident in its position in Ukraine. Violence is a thing of the past, the cease-fire regime is more or less being held. At the same time, the current internal political and economic problems of Ukraine say: there is no big “maydan-breakthrough”, the country has not at all taken the path of “close integration with the Euro-Atlantic world”. Instead, everyone sees a protracted crisis. And in a “frozen” conflict, Moscow retains significant leverage.

Fourth. The Kremlin is strengthening its red lines. Just as Moscow did not allow Kiev to defeat the Ukrainian "separatists" last summer, today it makes it clear that there will be no overthrow of President Assad by the West in Syria. With the increase in the number of Russian ground forces and the strengthening of the capabilities of the Assad air defense system (according to media reports), the risk for any kind of US or NATO actions against the Assad government has "increased dramatically."

The fifth. Russia's readiness to put “boots on the ground” in Syria (as opposed to Washington’s attempts to wage war with someone else’s hands and the unwillingness of US key allies to assume a significant burden of participation) speaks at once about several goals. The Kremlin’s behavior reassures Russian partners: Moscow is ready to fulfill its obligations, even if it costs her dearly in terms of resources, people's lives and reputation. This did not go unnoticed in Egypt and Azerbaijan, the author writes, where the authorities questioned "American commitment" to their interests. For the Middle Eastern states that oppose Russian policy in Syria, Putin’s decision to raise the stakes may lead to an overestimation of values: in monarchies they may decide that it’s not Moscow that should be looking for a viable solution, but Moscow. Especially since in the United States on the nose elections.

Thus, we add on our own, all roads now lead to Moscow. Comrade Asad is counting on Moscow, and with it people from Tehran. There are rushing Arabs from the leading states of the Persian Gulf, who were previously looking for "help" and "stability" in the United States. Finally, having made mistakes in the Middle East policy and finally entangled in it, the American envoys are flying to Moscow. Nothing fancy: the ordinary Third Rome.

Ctrl Enter
Noticed oshЫbku Highlight text and press. Ctrl + Enter
We are
Without a face. Ordinary Nazism, ordinary fascismSituational analysis of the death of the MH17 flight (Malaysian Boeing 777), made on the basis of engineering analysis from 15.08.2014
66 comments
Information
Dear reader, to leave comments on the publication, you must to register.