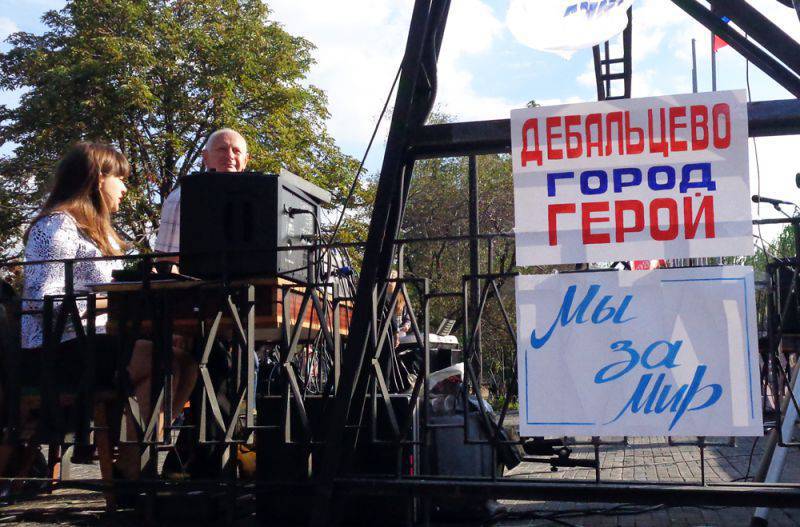 The city of railwaymen, unexpectedly at the beginning of 2015, became a warrior city. He certainly didn’t want a similar fate for himself, but he chose him for this role история. The DPR and LNR armies jointly inflicted here on the enemy - the troops of the Poroshenkovskaya junta - one of the decisive defeats, after which the ukrokateryeli had to give up their belligerent fervor and ask for another truce. Now this city is called the hero city, although officially this title has not yet been awarded to it. But residents believe that it will happen.

September 12 in Debaltseve celebrated 137 years since the founding of the city. This is the first Day of the city, which is celebrated by its residents in the Republic. And the holiday was a success for the glory. 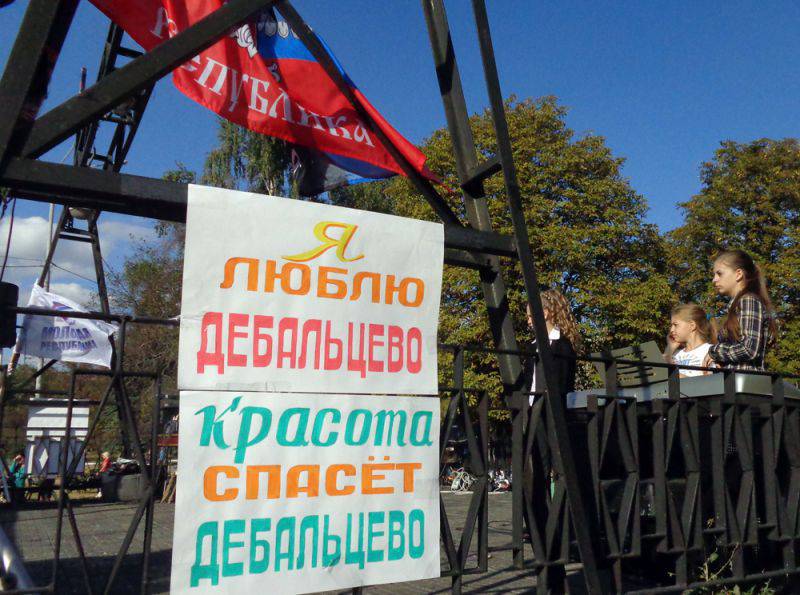 Contrary to ... too often you have to write this word lately. Because both Donetsk and Luhansk people's republics exist against all odds. By Debalcevo this applies to a great extent. It is enough just to walk a little through the streets of the city, past houses and shops to see what kind of tests he went through. 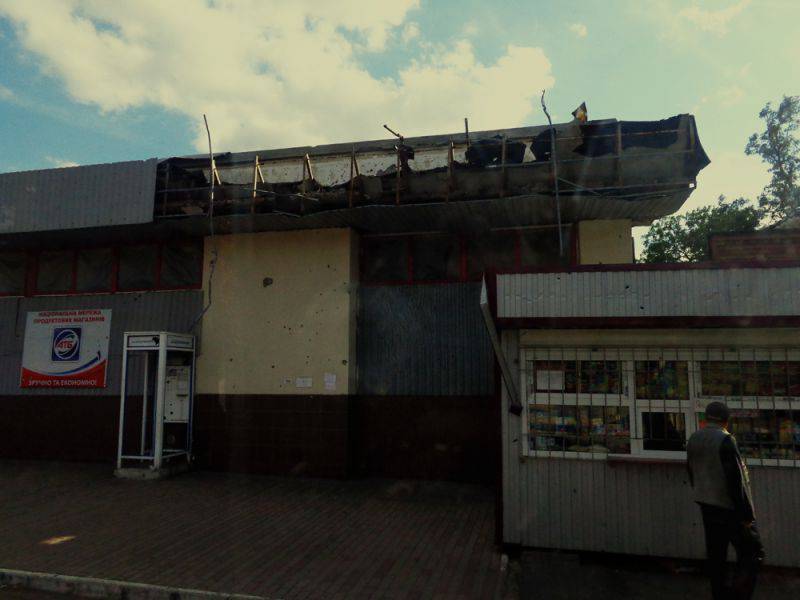 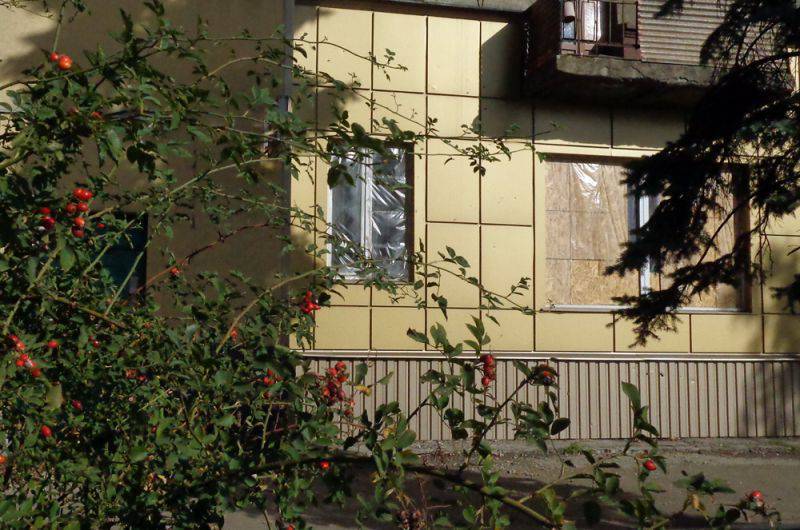 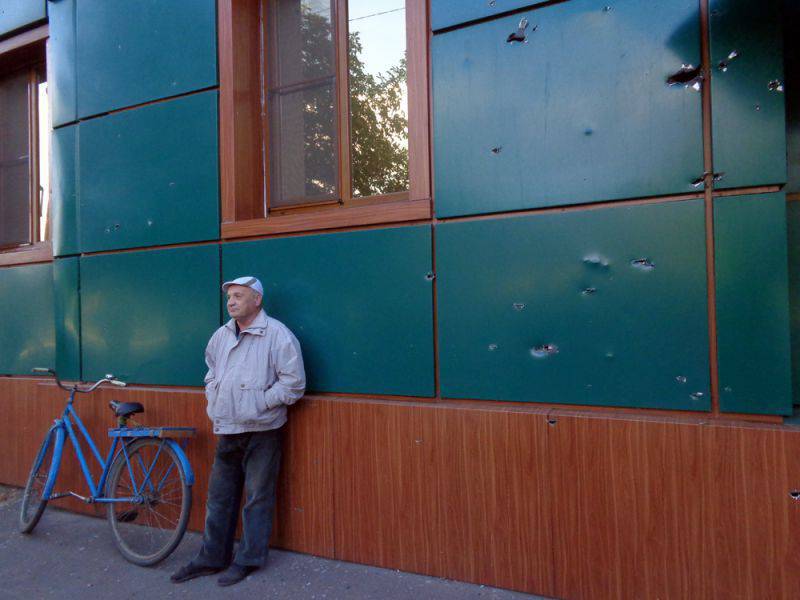 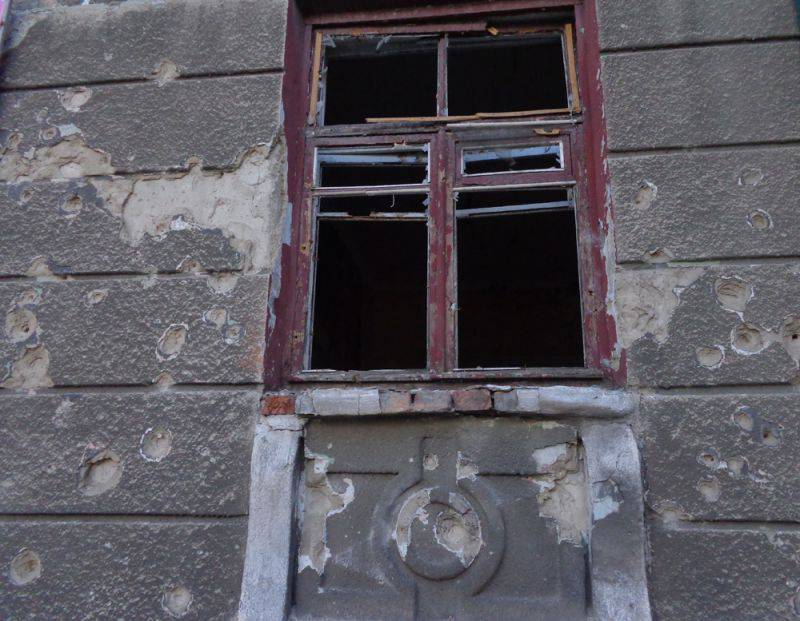 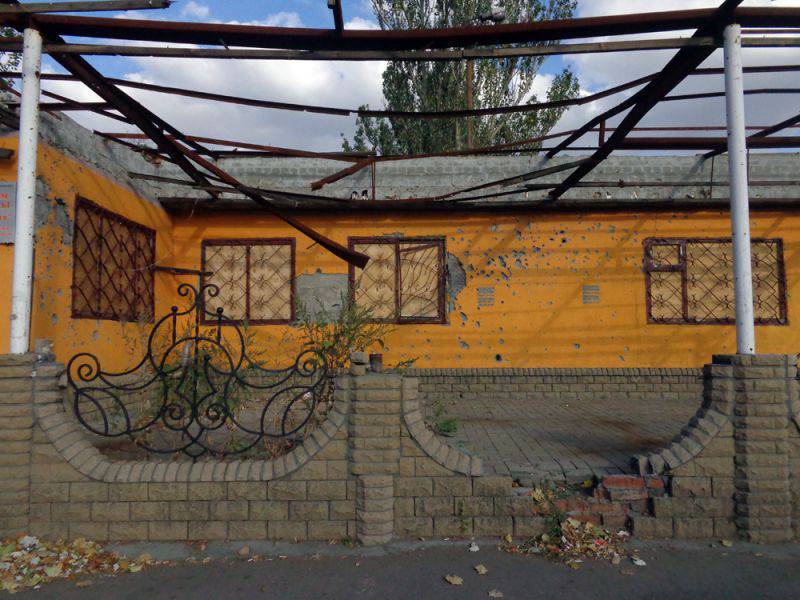 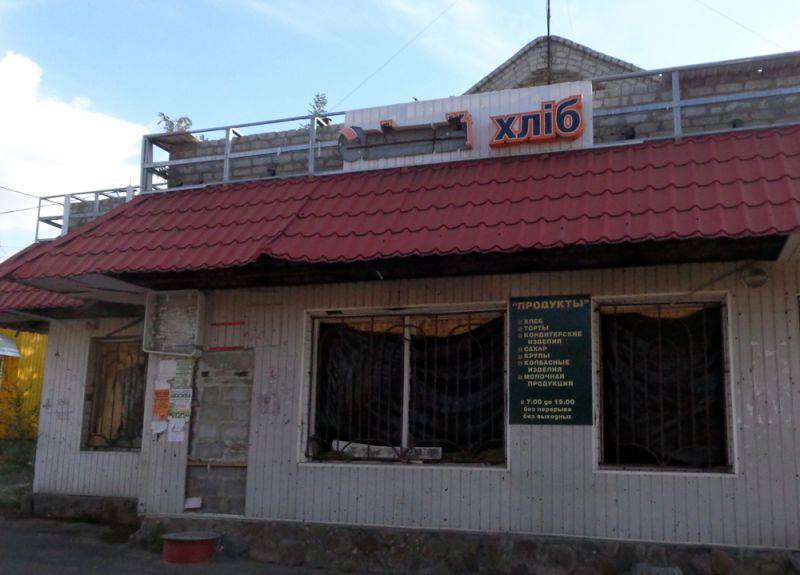 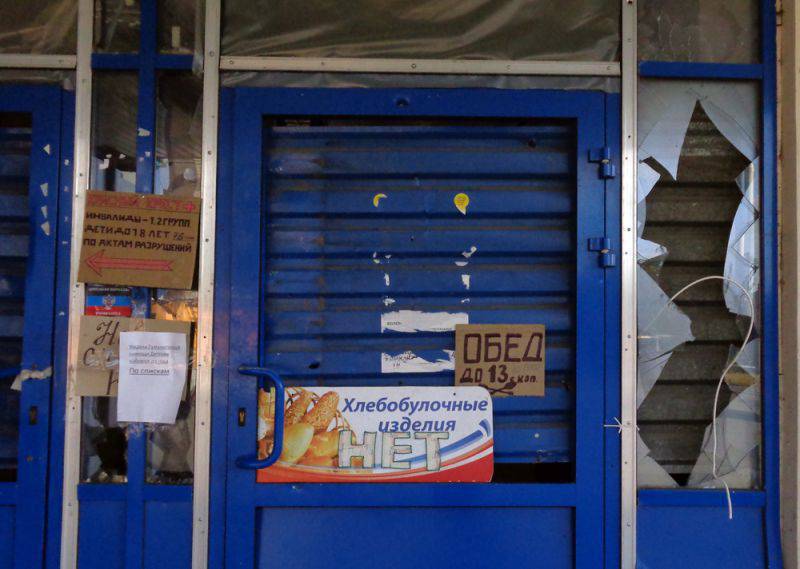 And here is the house in which the famous Ukrainian poet Vladimir Sosyura was born. The house where the literary center of his name is now. Official Ukraine (if, of course, it can be said that about illegal power), it seems, at every opportunity repeats how it respects its culture and, in particular, its poets. However, the home of one of these poets is in a deplorable state. These are the consequences of the punitive operation of the Kiev junta. 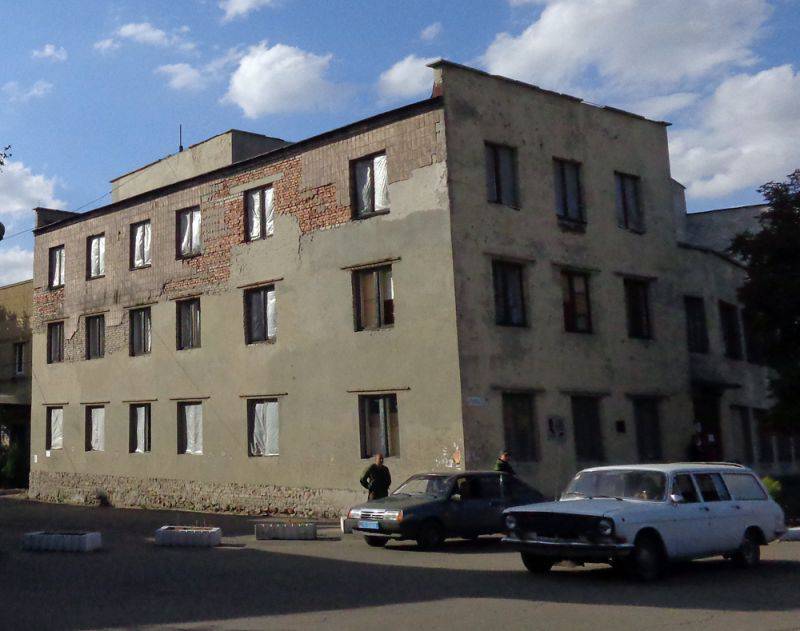 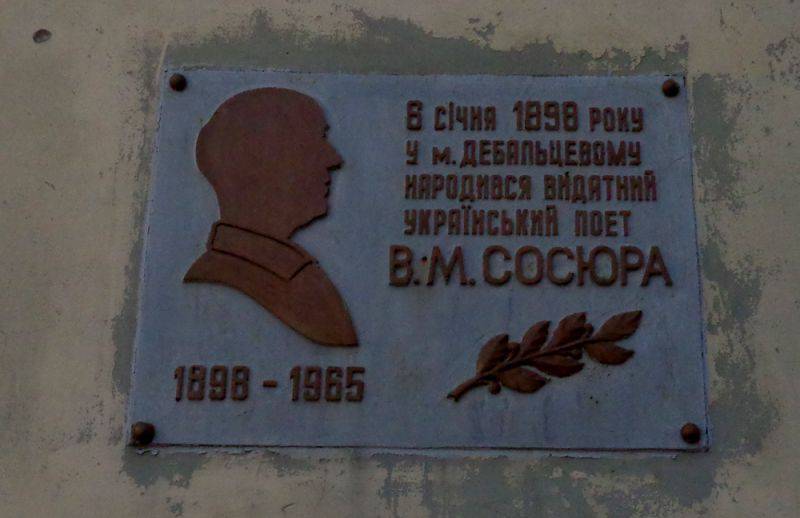 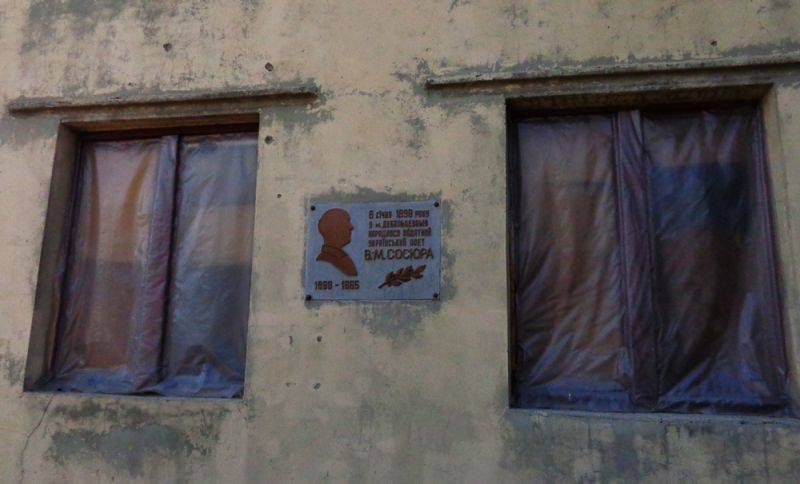 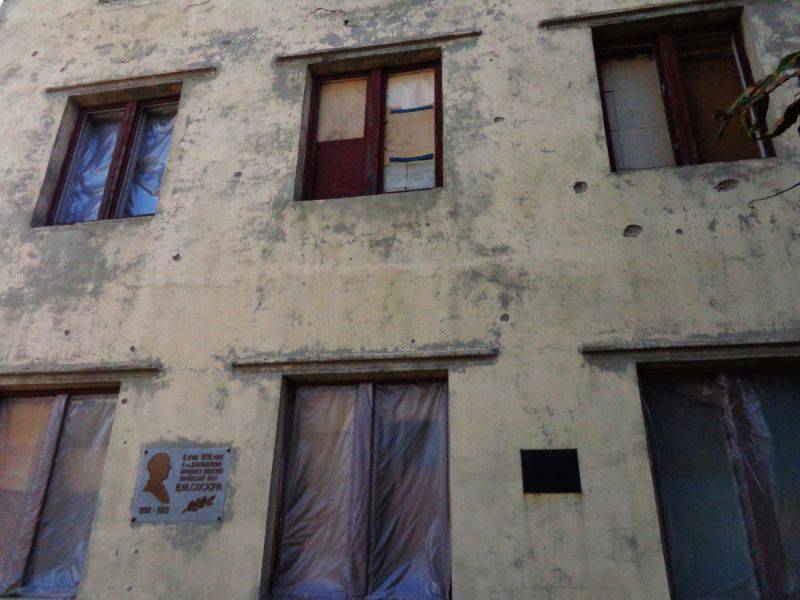 And against the background of these shelled buildings - hundreds of people came out to celebrate the city holiday.

According to the head of the city administration, Alexander Afendikov, currently there is an active restoration of the damaged houses and other objects. He considers it very important to give people a job, "so that people have a fishing rod, not a fish." 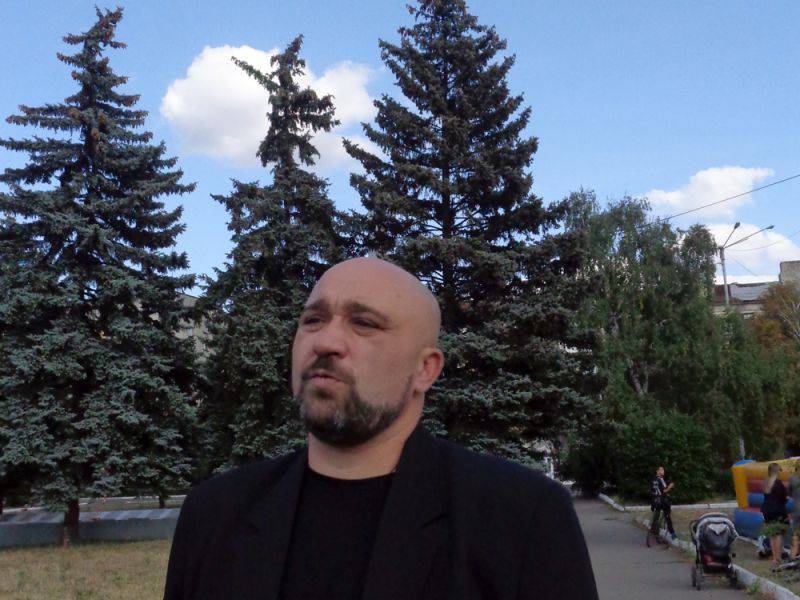 As in Donetsk, in Debaltseve now there is also a relative calm. The heating system in apartment buildings, basically, works. There are certain difficulties with preparing for winter in the private sector, but people are given coal. Afendikov noted that Russia provides great assistance in the restoration.

On the Day of the city in Debaltseve - attractions for children are free. Although usually jumping on a trampoline and frolicking on a roller coaster costs money, and not every family today can allow such entertainment for their children. 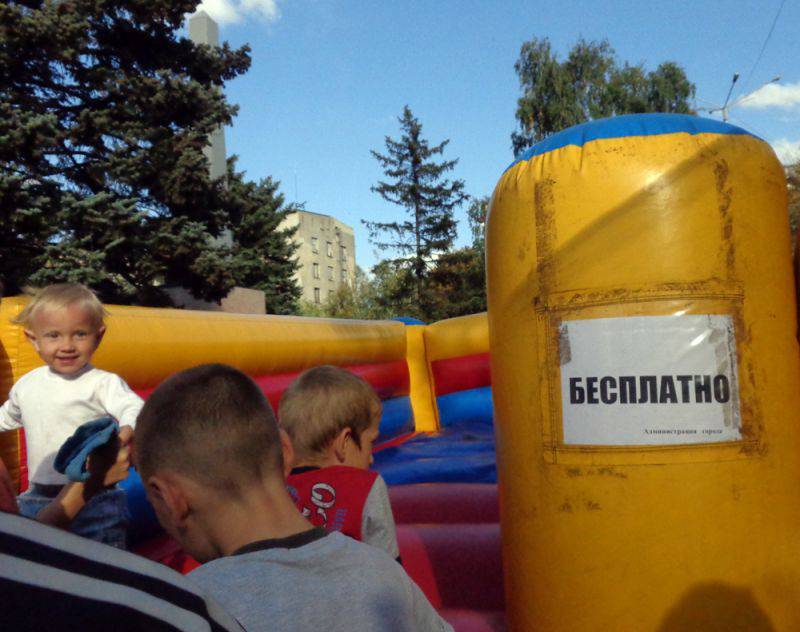 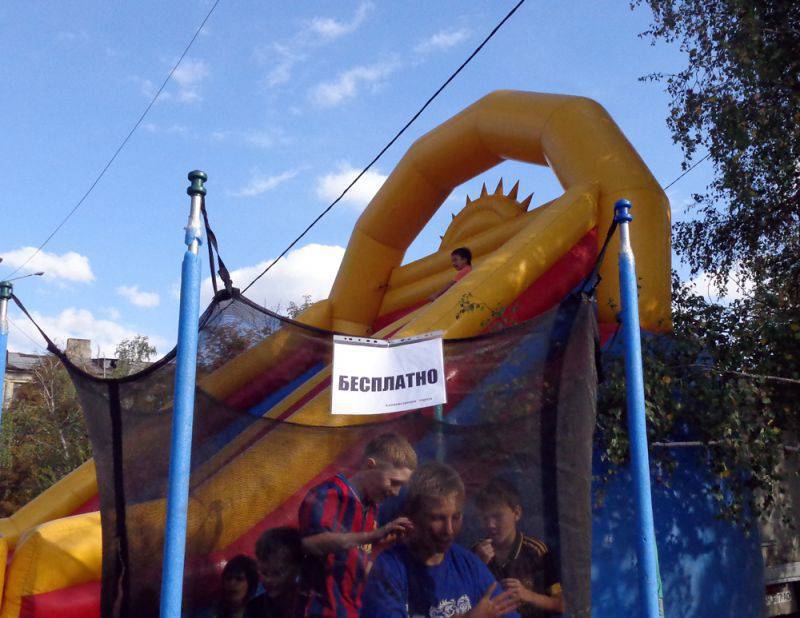 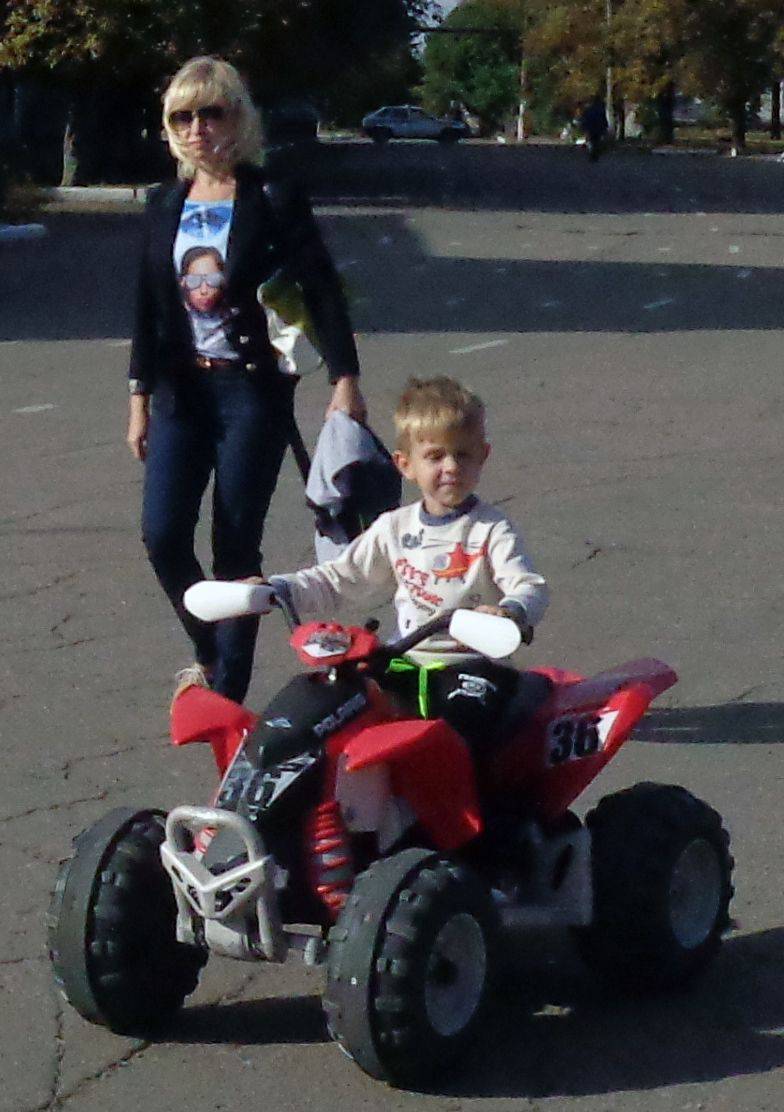 An entertainment program with dances, exercises, and competitions was organized for the young debalans. Then all the kids were given sweets - also a great joy for many of them. 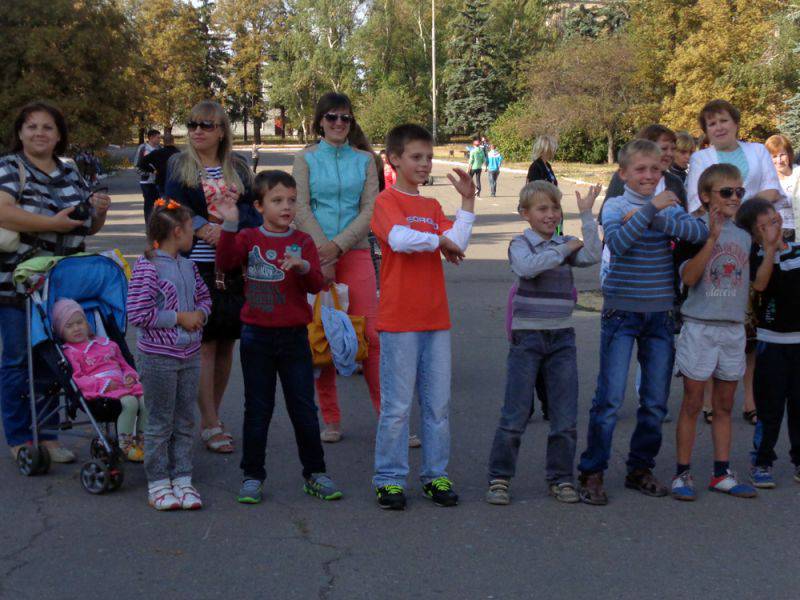 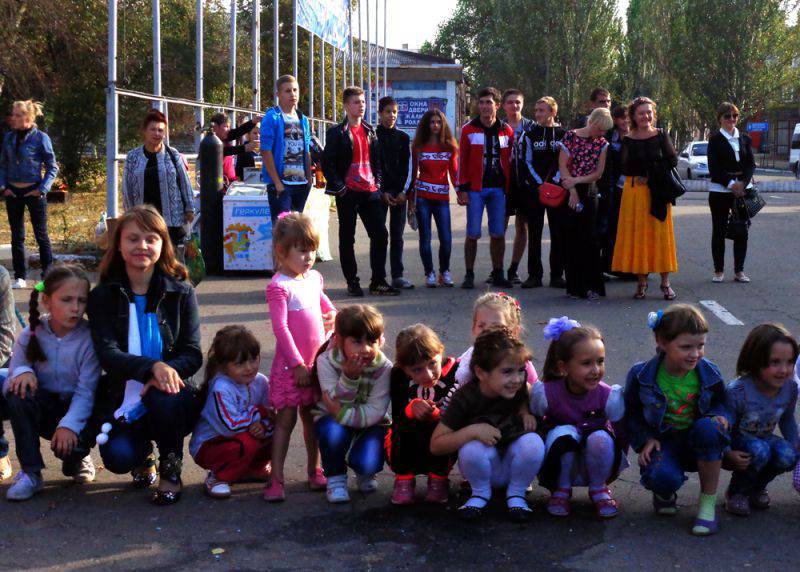 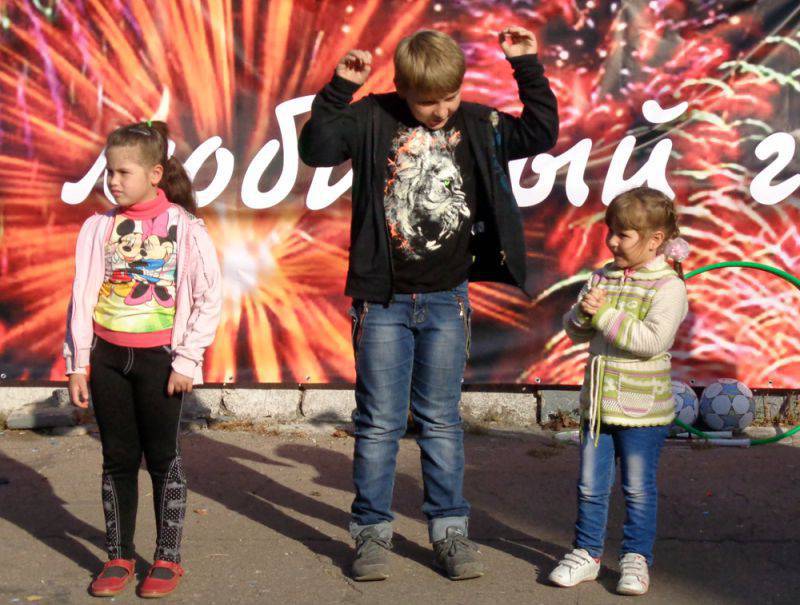 In 17-00 began a gala concert. Joyful songs sounded in the tortured city, incendiary dances forced people to distract themselves for a while from uneasy reality. 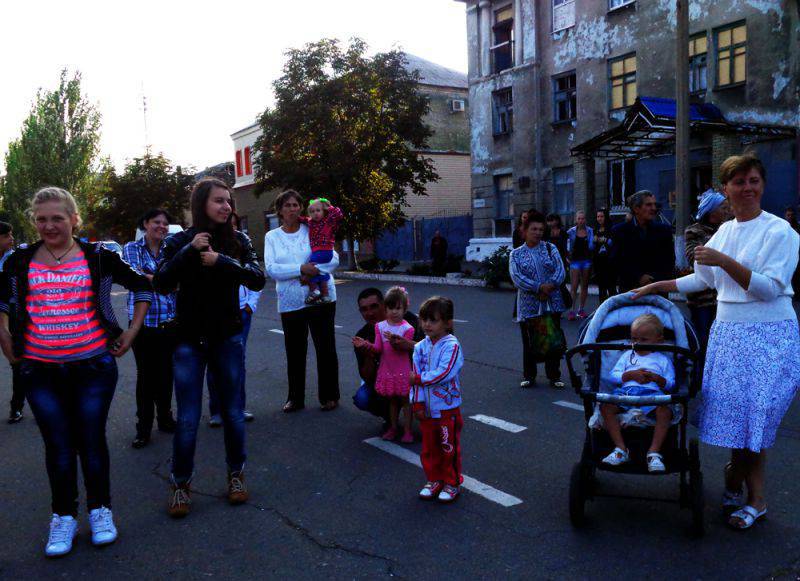 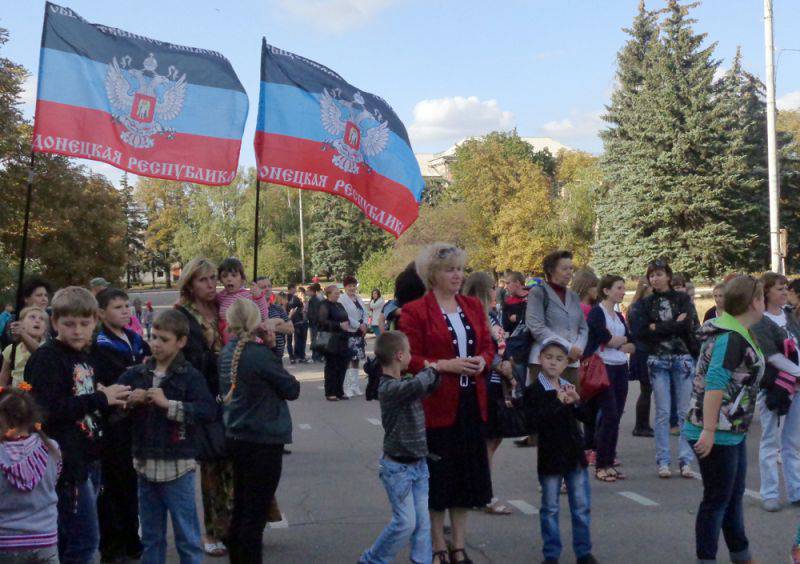 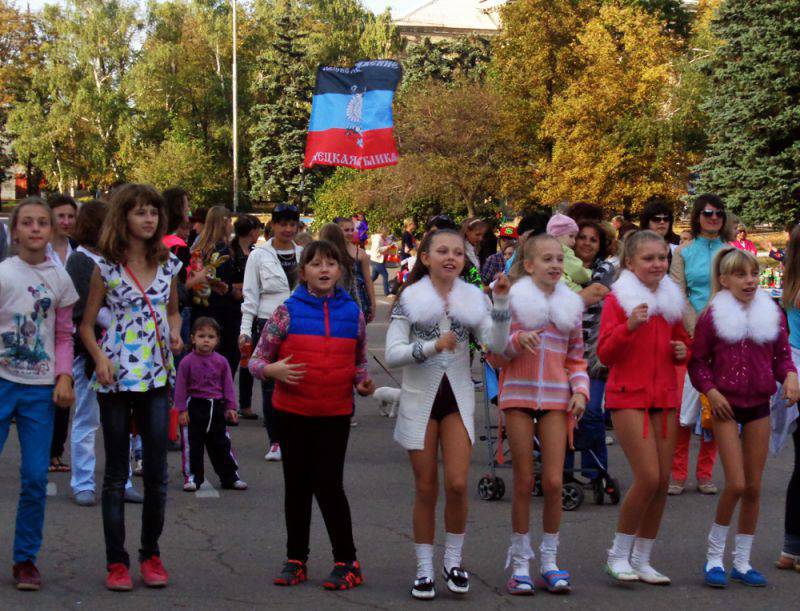 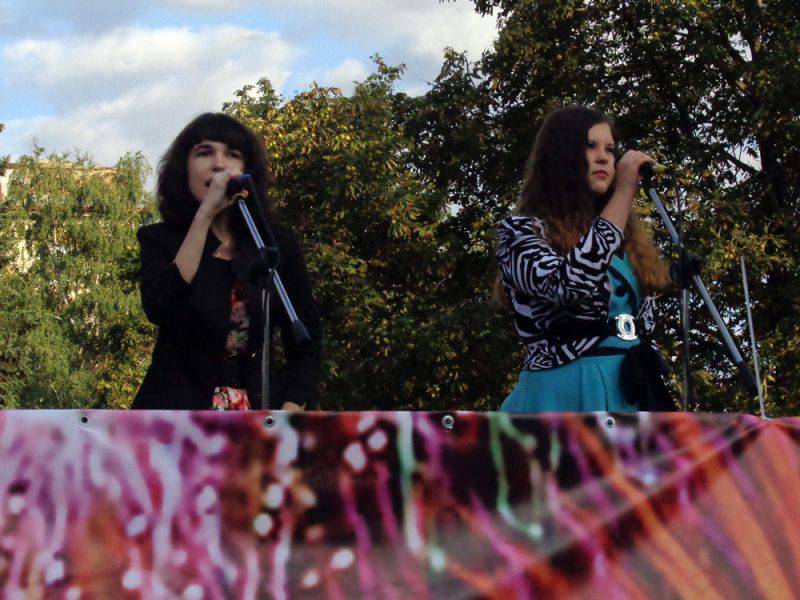 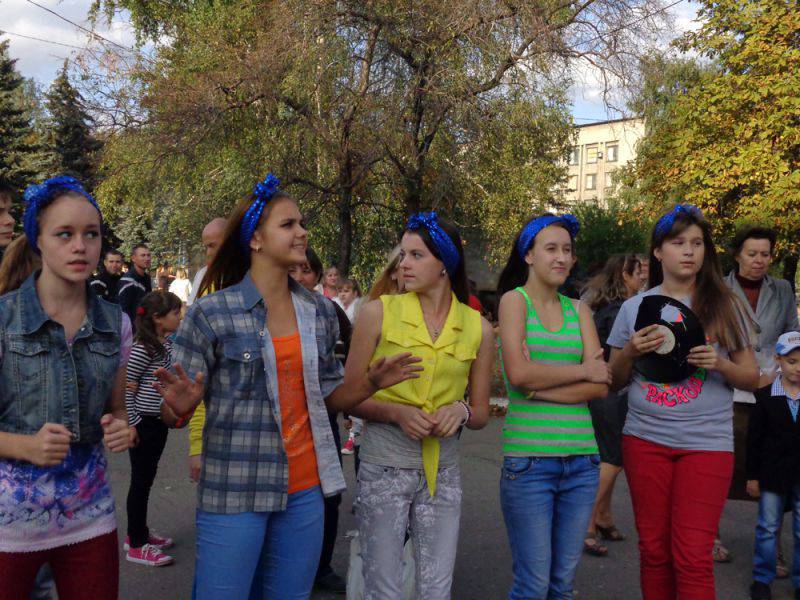 Residents of Debaltseve suffered during the fighting. Were sitting in cold cellars without any amenities. Of course, they deserved their holiday. 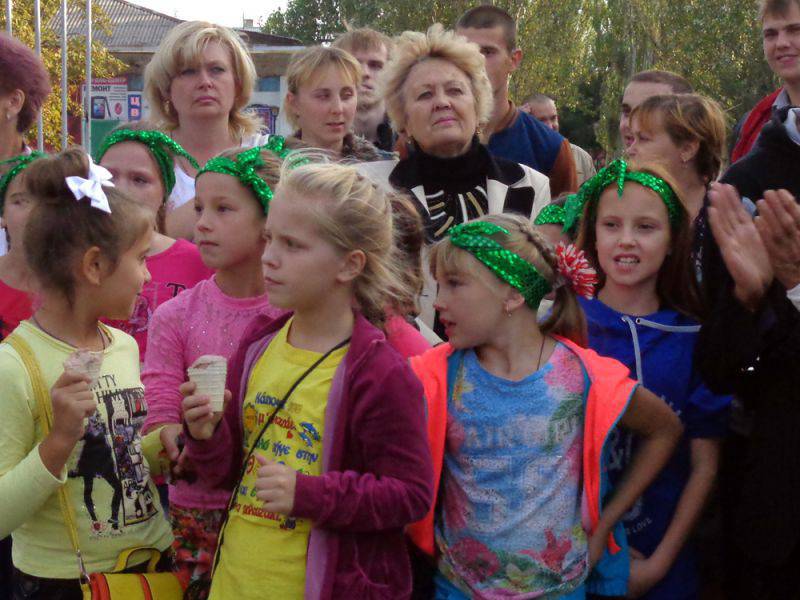 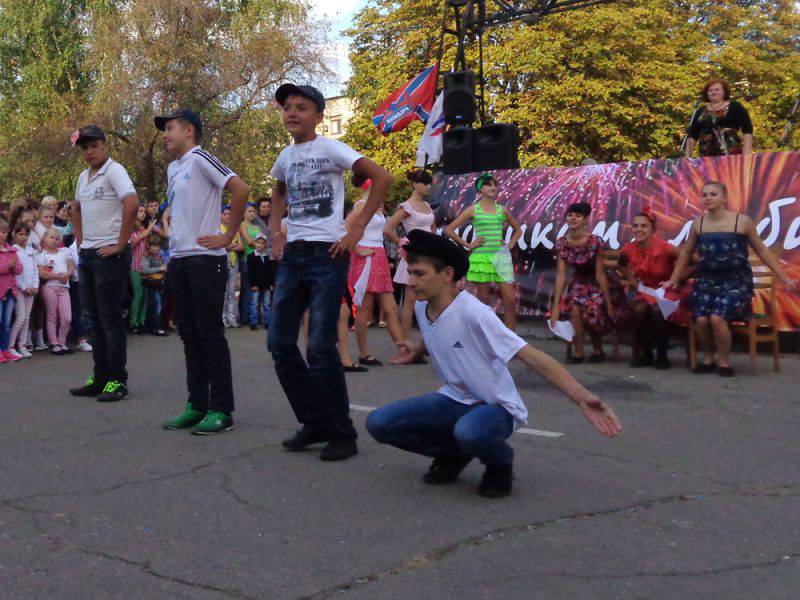 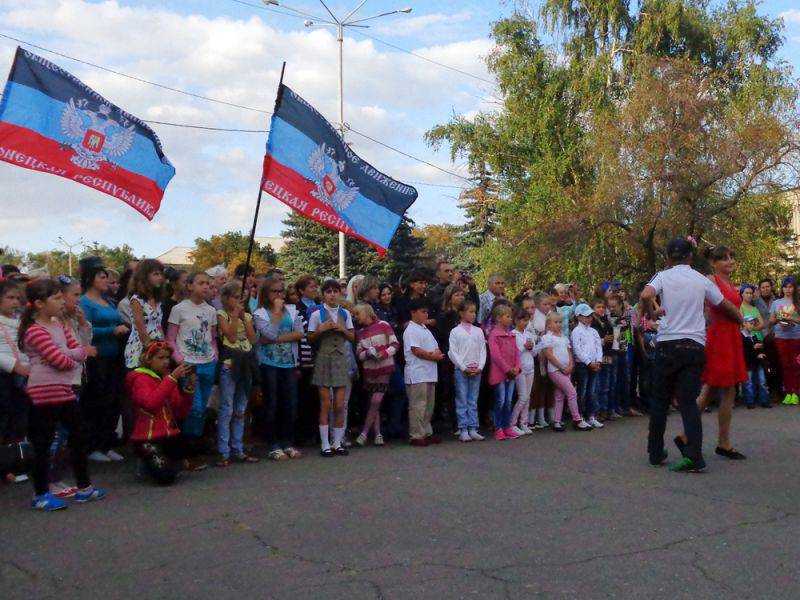 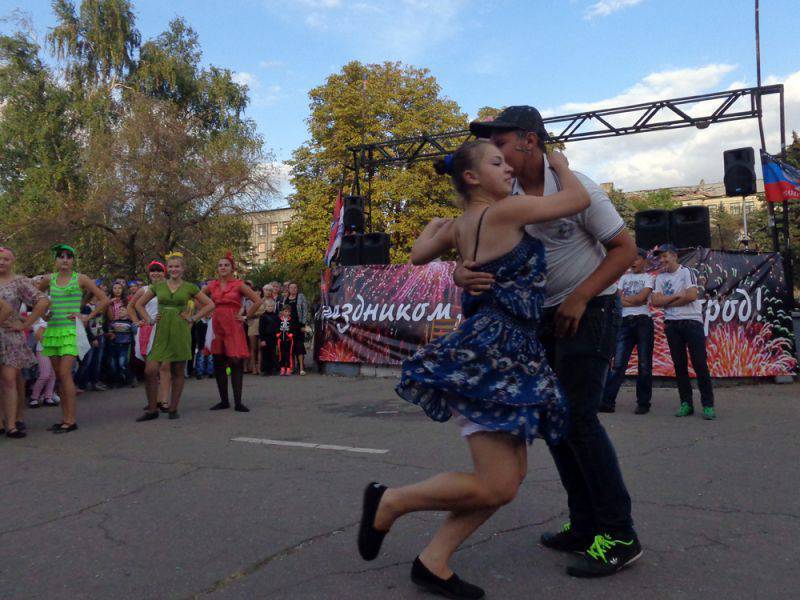 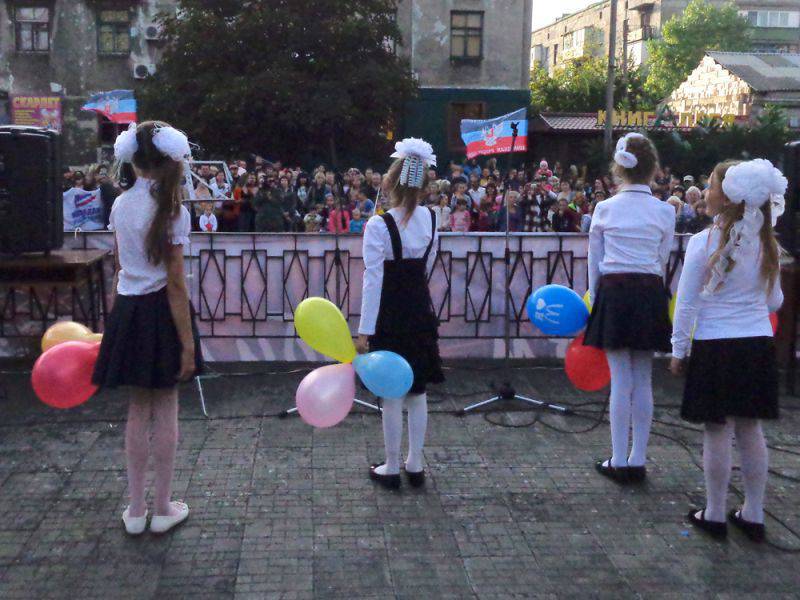 On the same day, another liberated city of Donbass, Yasinovataya, celebrated its holiday. But in Khartsyzsk, in which the Day of the City was also to be celebrated, the authorities were forced to cancel most of the festivities due to the actions of the Ukrainian sabotage group that had shelled several houses in the private sector. Fortunately, there were no casualties. As reported from the city, people still took to the streets to celebrate the Day of the city, although not on such a scale as planned.

Ctrl Enter
Noticed oshЫbku Highlight text and press. Ctrl + Enter
We are
Zakharchenko in Debaltseve: "This city for us is a symbol of resilience, a symbol of struggle"Debaltsevo has a twin
23 comments
Information
Dear reader, to leave comments on the publication, you must to register.