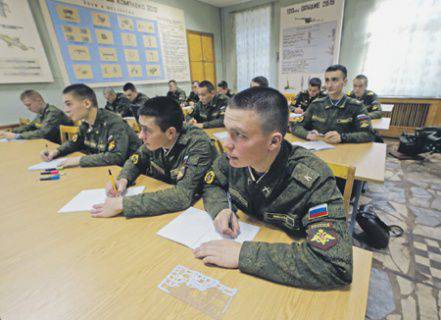 The centuries-old political legacy bequeathed by the United States to Great Britain does not allow any other choice - only to impede the alliance between Russia and Germany. According to the leading American analyst and political consultant, founder of the strategic forecasting agency Stratfor J. Friedman, the bilateral dependence of Germany and Russia is growing and runs the risk of becoming a political alliance.

The analyst sees the advantages of America in the dynamics of technology development: “States continue to demonstrate business mobility. Microsoft won IBM, and they, in turn, lost to Google. In Europe, there is only one everlasting Siemens. ”

However, in these IT corporations, even with the naked eye, a trace of Russian-language programmers is visible, supplying software from the oldest, world-famous, widely diversified Siemens corporation.

The synergetics of the breadth of Russian thought with the fundamentality of the German centuries was opposed by English economic individualism and French revolutionary instability and readiness for change.

If we take the rocket engine as an image of a synergistic model, then German precision and pragmatism serve as a critical section of its nozzle, without which in a conventional pipe the power of Russian thought will not develop. The symbiosis of two ethnic groups is vividly shown in the works of the classics of Russian literature - Goncharov and Chekhov.

The source of the fear of the Anglo-Saxons began even before the brilliant victory of Russia in the 1812 war of the year - with the advent of the German settlement in Moscow under Ivan the Terrible.

The victory won by the Russian commanders in the communication struggle against the French, according to the plan of the Prussian general Karl von Pfoul (Clausewitz was his subordinate), raised Russia at the head of "unipolar Europe."

The defeat in the First World War and the Treaty of Versailles closed the way for Germany's expansion to the west. On the contrary, the Brest Peace united the intelligence of Germany and Soviet Russia in the main innovative project of history - the GOELRO plan. Industrialization embodied German engineering and scientific thought in technology, a planned economy, personnel of a new economic formation.

The role of the Germans in the development of virgin and fallow lands was not appreciated.

In the steppes of Kazakhstan, there is a “small piece of real socialism” - the “Motherland” farm, which is led by the German, Hero of Labor Ivan Sauer. From the fading hinterland in the "Homeland" flock to the original land, where they have European standards of service, and most importantly - work.

A worthy place in the history of Russia is occupied by a pleiad of Germans with a Russian soul - statesmen, military leaders and sailors, teachers and scientists. Three years ago, in Kaliningrad, a frigate was launched, named after the brave Balticman Admiral Essen. Everyone knows the names of Gref and Rossel.

CORNERSTONE OF THE BASIC ECONOMIC LAW OF SOCIALISM

The departure of Germany from the position of the world leader, the rejection of the entire German, the iron curtain, the narrowness of the tasks and capabilities of scientific intelligence set in the 50 for the USSR the problem of import substitution of the existing model of synergetics. The political campaign against “anti-patriotism” and cosmopolitanism has become a tool for mobilizing domestic scientific thought.

Today, the basic economic law of socialism sounds with a new power: to ensure the maximum satisfaction of the ever-growing needs of all society through continuous growth and improvement of socialist production on the basis of higher technology.

The cornerstone of the "higher" base - rocket and atomic technology - were the principles and standards of education of Humboldt University, embodied in 1951 in new universities - Moscow Physics and Technology Institute and VVMU engineers weapons (“Intellectual resource of additional education”, see “IEE” from 30.01.15). The prototype of "scientific companies" Shoigu in those years was additional education in military academies of undergraduates from civil engineering universities.

Five years later, the concept of “technology base” (Technology Base) became the basis of the US response to the launch of the first Earth satellite during the creation of ARPA (DARPA).

The fact that the programming language is an element of the basis, and not of the superstructure, showed the barbaric destruction of domestic microelectronics, computing and software after 18 adopted December 1969 of the year by the USSR Ministry of Radio Industry, General Designer S.A. Krutovsky about the transition of the EU computer to the architecture and Western standards of IBM / 360 and the rejection of domestic software products.

It was a great failure and the greatest victory of the West in the Cold War.

The strategic mistake was the transfer of test evaluation standards for the education system - the Unified State Exam with the dismemberment of the grammatical structure of the language and its vocabulary. The loss of illusions to create universal tests spawned an adventure: limit the child's educational achievements to the parameters of the USE.

The result is obvious: 20 years ago, the child came to the first grade, and he already had a rich vocabulary of 5 – 6 thousand words. Now he barely falls short of 3 thousand words. In the XI class, due to the lack of words, not all those who pass the exam tests in mathematics, as evidenced by the head of the federal commission Ivan Yashchenko, understand the condition of the problem.

The most common mistake in writing - the inability to argue their thought. Conversation stamps and speech contradictions are firmly embedded in conversational speech. Exposed by dragging on the USE (OGE), the adolescent brain is defenseless from informational infection, such as selfie or IG propaganda.

In the age of information technology, when the language of science becomes a productive force, the means of replenishing the active vocabulary become the strategic weapon of competitive success.

The front of civilizations passes through the standards of the language, where grammar compresses and improves the productivity of communication. The competitive advantage of the Russian language is in the power of its imagery, which makes it possible to “turn” a thought into a whipping, like a shot, phrase convenient for mathematical modeling.

Our opponents - USE grantors - rely on a conservative network of experience (technological platform), accumulating knowledge according to service standards (“Innovative Dynamic Pipe”, see “NVO” from 26.12.14).

LANGUAGE OF COLLISION OF CONCEPTS

The role of the locomotive of progress is fulfilled by the semantic content of concepts, the accuracy of their language ensures the technological reliability of production. In the absence of a standard of content, the distortion of the concepts “innovation”, “technology”, “engineering”, “import substitution”, concepts of the humanitarian sphere becomes a weapon of information warfare, becomes a brake in management, economics, politics and scientific intelligence (“Fear generator”, see "NVO" from 06.06.15).

The idea to use standardization as an active tool for a breakthrough in import substitution was first filed by the Ministry of Industry and Trade of Russia. He set the task: by the year 2018 to introduce standard technical documentation of standards for test methods and control of all critical points of the production process. At the same time with state support measures, higher requirements for product quality and reliability should be set compared with international ones.

However, from 500 planned over 400 standards will be prepared on the basis of borrowing, in particular, on product testing methods. The key principle “It’s impossible to have good standardization without having a good industry” excludes the mechanism of innovative import substitution.

A striking example of import substitution of this kind was shown by Transaero Airlines, which received an expanded certificate from the European Agency aviation security and the right to self-service at its center Boeing 737 aircraft, which saves $ 15 million per year. Technology, however, cannot be bought like a machine or a cure for an illness. It can be mastered, which was done by the creator of the R-7 ICBM Sergey Korolev, you need to be Mikhail Kalashnikov to come up with AK-47, or Viktor Makeev, who combined space technology with the marine environment.

The standard is the fruit of work not only engineering, but also all scientific communities of the world. Paraphrasing the stamp from Gogol's “Overcoat”, the entire Soviet and American cosmonautics came out of the German V-2, and the basic standards of its tests have not lost their relevance today.

The Bulava naval rocket became an example of the destructiveness of following the deadlock indicated by overseas partners, who unchecked dissecting systems engineering canons to test approved standards for testing strategic weapons of Russia (“Information strike on nuclear forces”, see “NVO” from 11.07.08).

To form a positive image of Russia, it is necessary to overcome the historical stereotype: we as a nation do a lot and talk little about it. According to the head of Rossotrudnichestvo, Lyubov Glebova, you need to be able to tell that this is ours - Russian. Add: with the help of clear concepts for all literary.

At the Eastern Partnership summit in Riga, the European Union tested in Belarus, Armenia, Georgia, Ukraine, Moldova and Azerbaijan the technology of organizing a collective condemnation of the “annexation of the Crimea” by Russia.

At the same time, in Moscow, the XII All-Slavic Council presented three vectors of the mass consciousness, which in the last 100 years defined the geopolitics of Europe.

To Pan-Slavism, with the main idea of ​​creating a single Slavic state, the defenders of Donbass opposed Pan-Slavism, where Russian literary language is the weapon of the international unity of all peoples.

On the contrary, anti-Slavism - a powerful force in politics, international relations and society - serves to suppress the Russian language, faith, educational and public institutions in Ukraine, Russia and Belarus. Racism, xenophobia, hate speech, the physical elimination of high standards of language speakers — writers and journalists — turn anti-Slavism into ordinary fascism.

The centenary of the First World War returns historians to the prophetic letter of Friedrich Engels addressed to Edward Bernstein on the relationship of the working (proletarian) social democratic movement to panslavism. The great scientist determined the scenario of the emergence of not only the First but also the Second World War, where Germany and Russia (the Soviet Union) were in the center of events.

Internationalism won a historic victory in world wars, and Pan-Slavism suffered a crushing defeat and Nazism which grew out of Pan-Germanism (and fascism ideologically similar to it). Once again, the West played a map of Pan-Slavism a quarter of a century ago, when the sovereignty of the RSFSR put an end to the Soviet Union. Nowadays, the United States and Europe are rebuilding the “dam against Russia” again, using anti-Slavism as an artificial product for breaking off relations between Germany and the Russian Federation.

Ctrl Enter
Noticed oshЫbku Highlight text and press. Ctrl + Enter
We are
Stratfor: without intimidation by the FSB, fragmentation of Russia cannot be prevented
26 comments
Information
Dear reader, to leave comments on the publication, you must to register.