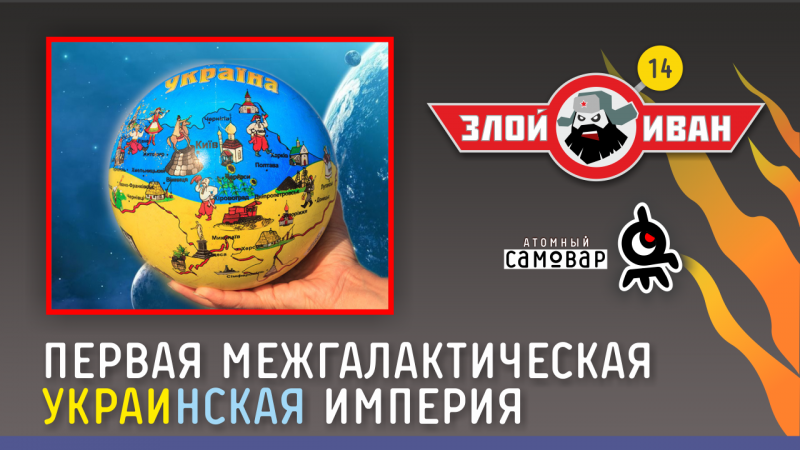 Hello to all ours and not ours. I am Ivan Victory and I am surprised today!

News:
"I very much support the progress made in the last few months. Ukraine surprised the world! I was surprised by what she had achieved in such a short period of time: It’s not just something, it’s awesome!" - Managing Director of the International Monetary Fund Kristin Lagard

This immaculate virgin of classical European beauty expressed her admiration for the Ukrainian economy, its rapid growth and its future greatness. And we all involuntarily stand as witnesses of the birth of another economic tiger, this time a European one.

At the last meeting with the Ukrainian president, Christine Lagarde did not stint on compliments. And in her enthusiastic impulse, she nearly announced Petro Poroshenko as the savior of all mankind. Only thanks to Peter, the economy of Ukraine has developed to such an extent and has become so attractive for investors that now it is necessary to arrange among them a competition for access to the body, that is, to Nenka’s economy.

The IMF director assured the President of Ukraine that investors from all over the world, having abandoned all their projects, would reach out for Ukraine in the unshakable hope of investing their last pennies in it, if only to turn it into an even more prosperous and richest European country. Although much more?

В stories humanity, and indeed the universe, has not yet been a more favorable and desirable country for investment than Ukraine. That is almost said.
At this time, carriages with mercenaries from nat. battalions ... to beat off their contused brother, who without malignant threw a battle grenade to the police at the next weekly rally and, for some unknown reason, was placed in jail.

Inspired by the fact that she also put her hands on the formation of the great Ukrainian transcontinental empire. The Minister of Finance, the US-Ukrainian citizen, Natalka Yaresko, announced the final plans for the economic revival of Ukraine. Namely, the increase in foreign exchange reserves right up to 34 billion dollars over the next 4 year. Such ideas were prompted by the unprecedented, fabulous growth of the Ukrainian Gold and Foreign Currency Reserves in August.

They rose 2,2 billion dollars. Of which almost 1,6 billion - this is another loan from the IMF, which managed to get out in the west.
Well! Have you reached the whole genius of the scheme ??? All the economists of the world tear their hair in the most inaccessible places, from the black one to the Yaresko slaughter plan. After all, everything was so simple.

You have an outstanding loan in a bank, and maybe you hang on a mortgage? Above the nose, just declare your debt with your own gold and foreign exchange reserves. After all, this is exactly what Ukraine did! And she bragged about it to the whole world. And don't care that the rest of the world just twisted his finger at his temple. And for the little Ukrainian, this is an absolute peremoga.

You can go even further. Ukraine's foreign debt is more than 120 billion dollars. Well? Get out of doubt! You just need to call this amount of gold reserves and problems, it seems, how it will not, but there will be a continuous peremoga.

Now back to the ground. And look at the boring tsiferki. The same IMF, whose director is Christine Lagarde, recently revised its own forecast and said that Ukraine’s GDP in 2015 would not fall by 5,5%, as it was considered before, but by 9%. But the insidious reality spat on IMF forecasts. And only for the 1 quarter of this year, Ukraine’s GDP collapsed by 17%.

The economic tse-European tiger with the persistence of an alcoholic, detracts money to pay for Russian gas from Europe and America. Otherwise, it will soon be cold, but oh, how you do not want to freeze.

Looking at what is happening in a madhouse in Ukraine, I am constantly tormented by the question of how to combine this made-up reality, where Ukraine is rich, respected and not bad with real sad reality, in which Ukraine, a beggar beggar with a pereklinivshim brain.

On the other hand, it is necessary to understand that the International Monetary Fund is a structure completely subordinate to the United States. Therefore, despite all the contradictions of its own laws and rules, the IMF will continue to issue loans to Ukraine. The United States also does not want to recognize reality - Ukraine’s economy simply does not exist. There is a simulacrum, a parody ...

Both the USA and EUROPE continue to play silly scenes, throwing over the economically cooling Ukraine's corpse to each other. And to admit that the client has long been kicking does not allow the lie, which fed and fed through its media citizens of the United States, Europe and Ukraine. From the outside, this phantasmagoria looks like sheer insanity. Explain that without the use of abusive language is simply impossible.

The fall of the Ukrainian economy will accelerate. And all the statements of Poroshenko, Yaresko, Saakashvili or Yatsenyuk go against the sad reality. There is no bottom. And Putin has absolutely nothing to do with it.

Senseless and insane reforms that have nothing to do with the economy. Civil war, in which billions of people are uncontrolled. Seeing all this, you come to the idea that a monstrous experiment is being conducted on Ukraine. The professional cheaters, who have broken to power, skillfully distract the duped people with simple tricks, continuing to stuff their pockets tirelessly and destroy everything around them. And there is no hope left that the troubles of the Ukrainian people will subside. The reality is so terrible and terrible that it is better to continue to believe in the sweet tale of TV, gradually turning into vegetables.

Everything! Believe in your people and your country. And these words I turn to the Russians and Russia. Victory will be ours, and so it has been and always will be! See you soon!

We are in Yandex Zen
"Garbage" the economy of Russia. Evil Ivan №25 with Ivan Victory
Will the resignation of Kudrin lead to the rejection of the regime of "currency committee"?
65 comments
Information
Dear reader, to leave comments on the publication, you must to register.