How much has the West bought Ukraine 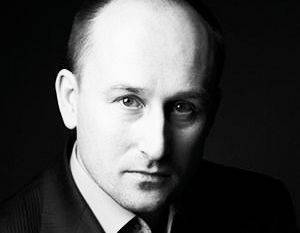 The current situation, when the leadership of Ukraine is full of foreigners who are rapidly acquiring citizenship, is a vivid illustration of the external governance of this country. Talk that these are "effective managers" and they "will overcome corruption" is hanging noodles on the ears. This is very easy to verify.


Ask yourself - what kind of responsibility will a foreigner-manager incur if those who brought Ukraine to the handle of local natives have never been held responsible? Does anyone seriously believe that Saakashvili or other foreigners will be tried in Ukraine if their actions are criminal after five to ten years?

A Ukrainian passport in their pocket will also easily be replaced by a passport of another state, and instead of being tried in Kiev, they will be taught in Ottawa. Ukraine, as a state, was destroyed and bankrupt by all its leaders, and not just Yanukovych. Both Kravchuk, Kuchma, and Yushchenko, during their leadership of the “Square”, did not improve or develop its economy, and they destroyed the army.

They squandered all the great inheritance inherited from the USSR. Having received a share of a great country and part fleet, and even several strategic bombers, the leaders of Ukraine rotted these extremely expensive "toys", making the state a power, not an opaque formation with loud statements and small opportunities.

Ukraine is not ruined by Yanukovych. She was ruined by all who came to power. They all thought about the “golden loaves”, and not about the people of their country.

The current composition of the Ukrainian government was no exception.

Under loud statements about the fight against Russia and the consolidation of the nation, Poroshenko and Yatsenyuk, in fact, sold to the West that they did not manage to plunder or sell their predecessors.

What is happening now in Ukraine has long been described in the book by the American writer Naomi Klein. The book is called “The Doctrine of Shock: The Bloom of Disaster Capitalism” (The shock doctrine).

Reading this book, written in 2007, is extremely helpful.

But today we wanted to talk not so much about the “doctrine”, as about its implementation in modern Ukrainian realities.

What does Naomi Klein write about in her book? What kind of doctrine does she describe?

If you reduce the meaning of the work to several important conclusions, then they will look like this.

In a country that has undergone American aggression through the "shock doctrine," there is a change of power. Very often through a coup d'etat, less often through a peace process.

In any case, blood should be shed, which will enable the new government to quickly start violence and create an atmosphere of fear and uncertainty in the future in society. Society introduced into a state of stress.

How does Russia cope with the crisis - compared to Ukraine
The economy is collapsing, a decline in the standard of living begins, the devaluation of the national currency, job cuts, etc. Under the guise of combating all the "difficulties" specially organized by the new leadership of the country, liberal "reforms" begin.
The West and international financial institutions give loans to the new leadership of the country. The main task of this guide is to steal and spend these loans quickly so that there is no effect for the economy, and the debt to the West remains.

The rapid colossal increase in public debt is the primary task of this puppet leadership. For “stabilization of the situation” and “overcoming the crisis”, “reforms” are carried out. Their meaning is simple - privatization, that is, the sale of the entire wealth of the country for a penny.

This is done quickly, while society is in great shock. Hence the name of the doctrine. Then some improvement begins, but the country is already in full debt bondage, and all its tidbits are privatized for the West.

The first place of application of the "doctrine" was the coup d'état in Chile, carried out by Pinochet. The difference between the deposed president Allende and Yanukovych is that he died in his palace with a gun in his hands. But this does not matter for the further actions of pro-American puppets. Everything is going on one "manuals".

For an example of today's actions of such puppets in Ukraine, we will take and analyze the loudly declared as a great success allegedly writing off part of the national debt of Ukraine.

What you should pay attention to before reading the documents on this topic.

Obviously, a low percentage (around 7,22% per annum) is the driving force behind this private “investor”. To risk a large amount for interest? Would you give Ukraine a debt in today's conditions, hand on heart?
And the Franklin Templeton fund decided to lend another five billion dollars to the Ukrainian state, while writing off the 20% of the previous debt to it.

Obviously, political motivation prevails and dominates. If Ukraine is not lent again, it will not be able to repay old debts and the state will go bankrupt. Following the non-payment of pensions and wages, disconnection of electricity and heat supply, and another catastrophic fall in the value of the hryvnia, the puppet power will collapse. The main task of which is to borrow and squander this money without a trace.

In Ukraine, people in power can do it perfectly. The lessons of such a policy can be given in neighboring Moldova, where they have stolen one billion of the three, given in debt to the IMF country.

However, even in the situation of an urgent need to feed the puppet power with money, the West does not make any discounts or favors for Ukraine. Loudly declared by Yatsenyuk as a great victory, Ukraine’s agreement with creditors is in fact a great bondage.

According to independent experts, “having saved” by reducing the state debt of 3,6 a billion dollars, Ukraine will lose at least 2030 billion by the year 20.

How will this work out? That's how.

The entire scheme of the final enslavement of Ukraine is a complete lie and fraud. Yatsenyuk stated that: “No country has received the conditions that Ukraine received, starting with the 2000 year, which did not declare default.

That is, the average amount of write-off, which could be achieved without a default, was no higher than 10%. ” This is a lie. In Greece, in 2011, the same, in fact, creditors "wrote off 50% or more than 100 billion euros from 210 billion of government liabilities to banks."

When the Greek crisis of 2011 was in full swing, it was widely reported that the critical interest rate on debts for Greece (and other European countries) was 7%. It is easy to see that Ukraine’s creditors not only did not reduce its interest rate, but, on the contrary, increased it from 7,22% to 7,75%.

“The yield on Italy's key 10-year bonds has exceeded 7 percent today. For 15.00, the interest rate on them reached 7,039%. Thus, in the financial market of the eurozone continued shocks associated with a severe crisis of public debt.

The level of profitability in 7% is considered by the market as critical for the eurozone countries, after which they can no longer attract loans from the market of private borrowed capital. ”

“Critical mark is considered interest rates within 7%. For comparison: interest rates on ten-year German government bonds are more than twice lower and make up 2,7%. ”

Ask yourself why, if financial experts rate higher than 7% is considered critical, Ukraine’s creditors do not reduce it, but on the contrary, increase it? There is only one answer - so that the shock continues, so that Ukraine does not jump out of debt bondage.

To insure and securely enslave the country, the puppet current government in Kiev signed an agreement with creditors, postponing the repayment period of that part of the debt that will not be written off for four years: from 2015 – 2023 to 2019 – 2027. For this, “Ukraine has promised some compensators to creditors, according to the so-called cost recovery tool, which means“ pay more if it gets better. ”

According to this agreement, “if Ukraine’s GDP from 2021 will grow more intensively than by 3% per year, Kiev will hand over securities to lenders. If the economy grows slower than 3% of GDP, no payments will be made to creditors, with GDP growing from 3% to 4%, lenders will receive 15% of value from percent of GDP growth, with GDP growing above 4%, lenders will receive 40% of each percent growth. "
In practice, this means that if, despite the enslaving interest rates, the Ukrainian economy still miraculously begins to grow and recover, the moneylenders from the West will receive a lot of money. Almost half of the growth of the entire Ukrainian economy!

At the same time, the question: “who will count the growth of GDP”, from which you have to pay, there is only one answer. The American embassy will consider it - it will consider that it is necessary to pay - there will be growth. On paper, of course. Or someone doubts this and believes that Yatsenyuk or Poroshenko can argue with the West?

And finally, returning to the “shock doctrine”. The main thing is to borrow, waste money, plunder loans with the connivance of and on the direct instructions of Western friends. And here is the assessment of an “independent financial analyst from Kiev”: “The main positive of today's decision, in addition to writing off a decent piece of debt, is that Ukraine will be able to re-enter the foreign borrowing markets. Starting to create your credit history from scratch".

Could the West, if it were a “friend of Ukraine” and cared about its interests, give other conditions and write off all the debt or its lion’s share? Of course! The example of Greece is in front of everyone. But the other task is to increase the debt, not to reduce it! This is how the former Deputy Prime Minister of Ukraine and the head of the National Bank Sergey Arbuzov describes the situation:

“It’s no secret that Ukrainian securities have been traded on the market for much longer than their nominal levels. And among the lenders there are a lot of those who bought them for 50%. Ie, having written off 20%, they only fixed considerable profit. The postponement of payments on 4 here is not a huge victim compared to what creditors would have had in case of default, ”believes Arbuzov.

That is, they could, of course, write off half, and write off much less. At the same time, they raised an already critical, by their own rules, interest rate. And they got an agreement in which they also receive 40% from any growth of the Ukrainian economy.

In any other state, for such a contract, the leadership of the country would call traitors, and the contract itself - the sale of the country's national interests.

In the state-occupied Ukraine of today's Ukraine, this is called upholding the interests of the country and a great achievement.

We are in Yandex Zen
What you didn't want to know about England
Nikolay Silaev, Andrei Sushentsov: Georgia after the elections and prospects for Russian-Georgian relations
43 comments
Information
Dear reader, to leave comments on the publication, you must to register.