Revival of the military-industrial complex of Russia ("Clarin", Argentina) 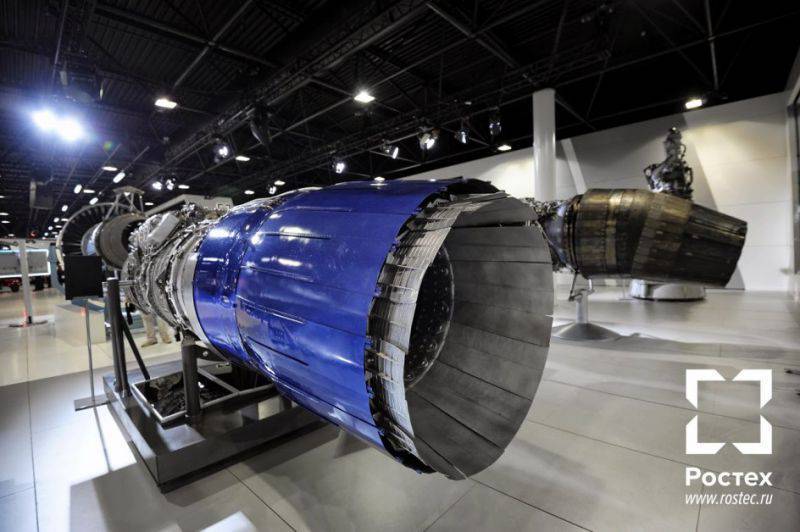 Russia, after many years of reorganization and modernization of production processes, bringing them in line with international standards, as well as reconversion of the military-industrial complex, is beginning to show positive results and participate in the implementation of ambitious projects. The revival of the Russian military-industrial complex is carried out on the basis of Rostec - a giant state corporation in the production and sale weapons, as well as military equipment.

At first glance, the decision by the Russian leadership to establish the state corporation Russian Technologies, to which a significant part of the country's industrial assets has been transferred, may seem illogical. The corporation includes more than 663 organizations that employ 475 thousands of employees. Many regarded this step as a return to the Soviet industrial model of development. In fact, it is not. The Russian leadership has chosen a mixed formula - market relations and a centralized form of planning. Rostec develops, manufactures and distributes high-value-added high-tech products. These are automobiles, airplanes, engines, helicopters, the latest medical devices, biotechnologies, radio electronics, and also military products: missiles, armored vehicles, fighters and helicopters.

Rostec was the result of a post-communist industrial crisis. The giant state corporation was created in 2007 year to save the defense industry, which could not adapt to the market economy. Thanks to the measures taken, the corporation in 2014 delivered 13,2 billion dollars abroad to products and provided Russia with the second place in the world in sales of military equipment and weapons. In addition, Rostec, on the basis of properly built marketing, has managed to preserve such world-famous brands as Lada, Kalashnikov, Russian Helicopters, Tupolev, KamAZ. The corporation was also able to attract partners and investors for the modernization of enterprises.

“We managed to enter the top ten largest companies in the world. We are planning to take the fifth place in the world by 2035, and I am sure that we can do it, ”said Rostec's head of communications service Vasily Brovko.

The state corporation has serious plans to expand cooperation with Latin American countries. Currently, 15% Rostec exports fall to this region. In the segment of home appliances should be noted mobile phone Yotaphone - the world's first phone with two screens, one of which is always in an active state. “We know that we are entering a competitive market, and we are striving, including to conquer the market of China, which consumes 50% of world mobile phone production,” Brovko said.

The reconfiguration of the state mega-corporation is due to the failure of plans for economic liberalization after the collapse of the USSR. According to the decree of the President of the Russian Federation Vladimir Putin, X-NUMX of strategically important industrial enterprises was transferred to Rostec. According to the information provided by the corporation, of these enterprises around 426 are in a pre-bankrupt state, 148 of enterprises are bankrupt and 28 of enterprises have stopped any activity at all. “Damage to production lines, funds exhausted. Enterprises urgently need more effective management, ”the report states.

Sergei Chemezov, a former colonel general who enjoys Putin’s personal confidence, has been appointed head of the state corporation. Chemezov presented a new strategy to promote the development of Russian industry, including the military-industrial complex, and proposed to modernize the business network to attract Russian and foreign investment.

Currently, Rostec has formed 15 holding companies and is actively engaged in attracting engineers and technicians, graduates of technical schools and universities. Klimov, one of the leading Russian developers of gas turbine engines, has signed several agreements with colleges and polytechnic universities to create specialized departments for training specialists. The average salary is low by Western standards (50 thousand rubles, that is, about 750 US dollars), but the company says that it is the largest in the industry, and 90% of employees approve the goals and objectives of the company.

For young people in Russia, economic factors and income are not the main motives for staying to work in their own country. Young people are interested in getting a profession that would help them make a career in the manufacturing sector (engineering, metallurgy, electronics, chemistry). In addition, young people are very interested in aviation.

It should be noted that the Russian military-industrial complex is being revived on the basis of past experience. The stated goal is self-sufficiency and independence from imports, so Rostec enterprises complement each other through globalization of production.

Ctrl Enter
Noticed oshЫbku Highlight text and press. Ctrl + Enter
We are
Results of the week. “We will not allow you to show anything! We will show you everything! ”Military doctrine of the Russian Federation
97 comments
Information
Dear reader, to leave comments on the publication, you must to register.