12 September 2015
58
The “united” Europe makes mutually exclusive statements, thereby confirming that it has no strategy regarding the Middle East and is not expected in the near future. German Foreign Minister Frank-Walter Steinmeier does not allow military intervention in Syria by “partners” (Russia, France, Great Britain), while British Prime Minister David Cameron, on the contrary, calls for “hard” use of “military force”, arguing that "Assad must go."


In addition to Assad, the warlike Mr. Cameron is ready to drive out of Syria and the "Islamic State." Such military tasks to solve - do not shoot defenseless deer, but in the end, it’s not Cameron himself who is going to die in the Middle East. And he will have to pay for this military holiday not from his own pocket.

Speaking on Wednesday in parliament, David Cameron said that in Syria, it would probably be necessary to use "hard military force." The prime minister specified his plans, explaining to whom this force could be applied. “Assad must go. ISIS must go. And what may be needed if necessary is a tough military force ", - quotes Cameron Sputnik Moldova.

Cameron is no accident pushing fiery speeches in front of deputies. The British government has previously requested a mandate to conduct a military operation in Syria (against ISIL), but parliamentarians voted against. However, Mr. Cameron is able to deftly bypass the decisions of deputies: in August, Sputnik reminds, London still carried out an operation with the help of the UAV to destroy the IG militants of British origin.

Cameron’s desire to bomb the IG, along with Assad, clarifies something when it comes to refugees. It turns out that Cameron is not in solidarity with the "united Europe", and with the UN too. This man rejected calls by the EU and the UN to accept more refugees into the country. According to him, the granting of asylum to an increasing number of refugees will not solve the problem. What will solve it? Cameron believes that "establishing peace and stability" in the region itself.

Well, he plans to establish “peace and stability” in unhappy Syria by uprooting the “IS” and the forces of Bashar al-Assad there simultaneously.

The plan, of course, is strange, because hundreds of thousands of refugees will rush to Europe from bombings and missile strikes. And United Europe is fundamentally disagreeing with Cameron. Not that the Europeans rallied around Assad, but they do not smile at war with him and accept endless migrants.

As you know, the decisive voice of Europe is the voice of Germany.

"It is impossible for the important partners we need to be put on the military map and once again destroy the possibility of reaching a solution through negotiations that first arose," the minister said. RIA News".

“Especially since I’m watching with some frustration today news a picture when Britain and France declare their readiness to intensify military intervention, and Russia, according to press reports, is ready to increase arms deliveries to Syria compared to the past for known purposes, ”said Steinmeier.

“We should not miss the chance of a settlement in Syria for either political or moral reasons,” he added.

As for the increase in Russian activity in Syria, a comment was received from the Russian Foreign Ministry on this topic.

“We have never made a secret of military-technical cooperation with Syria,” she quotes. TASS. - We have long been supplying Syria with weapons and military equipment. We do this in accordance with existing contracts and in full accordance with international law. ” 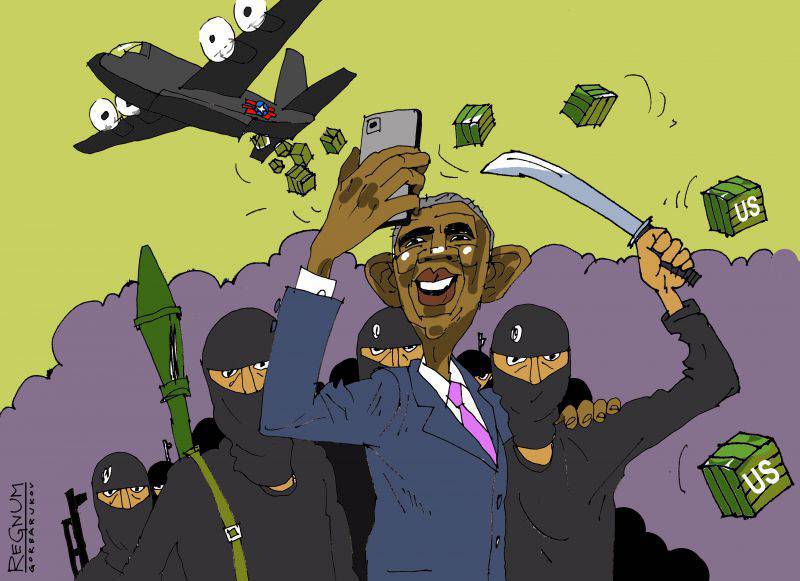 “I can repeat once again that if additional measures are needed from our side in the interest of building up the antiterrorist struggle, then, of course, these issues will be further considered, but exclusively on the basis of international law and Russian legislation,” she said.

Also in the evening of September 9, on the website of the Foreign Ministry of the Russian Federation, a message appeared on S. Lavrov's telephone conversation with US Secretary of State D. Kerry. The conversation took place on the initiative of the American side.

"The focus was on the issue of resolving the conflict in Syria, the path to which, in accordance with the Geneva communiqué of 30 June 2012, is through the establishment of a dialogue between the UAR government and the opposition," the press service of the Ministry of Foreign Affairs. - S. V. Lavrov reiterated the need for consolidated resistance to terrorist groups that captured a large part of Syrian territory and threaten international security, the main burden of which is dealt with by the regular Syrian army. ”

It is further noted that during the conversation "some other issues on the international agenda and Russian-American relations" were discussed.

Thus, Lavrov unambiguously made it clear to his American colleague about the need for "consolidated resistance." And he recalled that the "burden of struggle" with the Islamists "is borne by the regular Syrian army." This means, we believe that consolidation of efforts without the participation of the Syrian armed forces is not possible for Russia. But it is precisely to this that Washington is trying to persuade Moscow, wanting to connect it to its “coalition”, whose stated goal is to fight against “IG”, and the hidden goal is the overthrow of B. Assad. Moscow, of course, will not make such deals with a “partner”. American political duplicity with Russian politicians will soon be causing allergies.

As for Mr. Cameron, he undoubtedly plays the Anglo-Saxon dude on the notes of the White House. Germany, however, pretends to be an independent player in the geopolitical arena - in particular, it is not the first time when Herr Steinmeier makes peace-loving diplomatic statements. It is possible that he is counting on the Nobel Peace Prize. Or maybe, to the place of the chancellor (Angela Merkel, generously donating billions of euros of migrants, in the east of Germany earned the nickname "Traitor").

But whatever the Germans and the British may say, the decision will remain with the White House. As you know, Obama is left to sit on the throne for just over a year. Therefore, we can safely assume that it will not expand the military operations of the “coalition” in Syria in order to “leave” Assad. In the end, one of the contenders for the chair in the Oval Office is Hillary Clinton. The copyright to the slogan "Assad must go" belongs to her. So, she and implement bloody plans in life. Obama will quietly write memoirs at this time.

Observed and commented on Oleg Chuvakin
- especially for topwar.ru
Ctrl Enter
Noticed oshЫbku Highlight text and press. Ctrl + Enter
We are
Syria: Bashar Assad comes, and for that he will not be allowed to attend the Olympics in LondonSyria: Americans scare themselves, and Asma Asad buys chairs
58 comments
Information
Dear reader, to leave comments on the publication, you must to register.