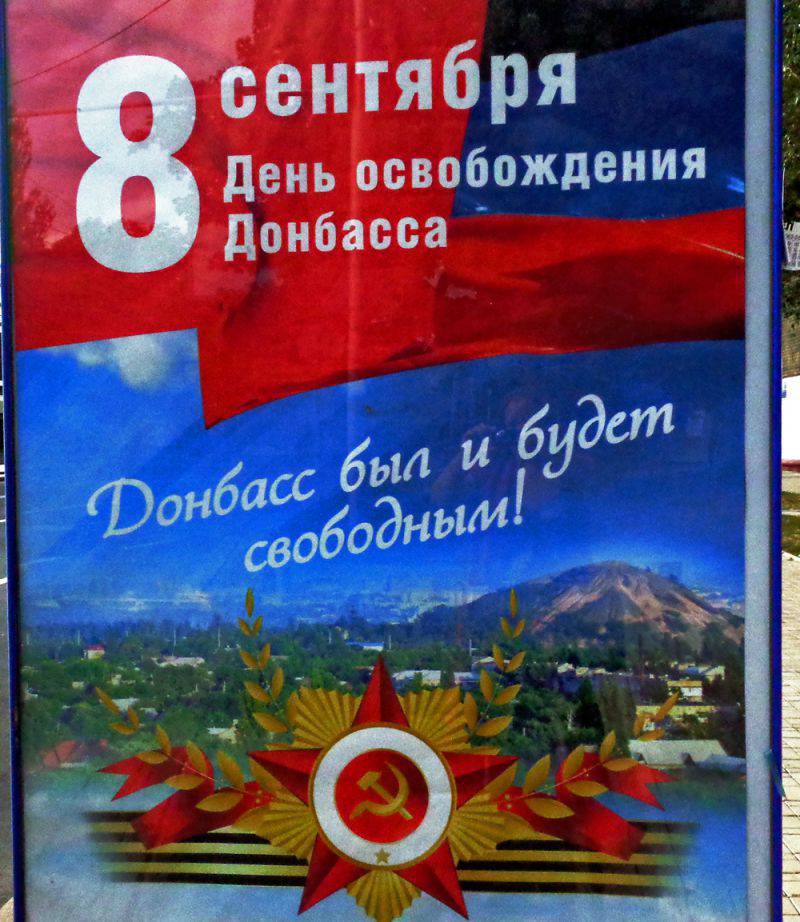 In the light of recent events, the Day of Liberation of Donbass already has a much wider significance than just a memorable date in a particular region. Because it is precisely this region that is destined today to lead a new struggle against fascism. And therefore - the struggle for the future.

In previous articles I reported on several large-scale events in honor of the Day of Liberation of Donbass. In general, the whole week passes under this sign, and it is simply impossible to tell about all the promotions. But on one more - it is necessary to stop in more detail. In the Donetsk Republican Scientific Library. N.Krupskaya held a major event called "You survived and won, Donbass."

7 September there opened two exhibitions at once. One of them is a photo exhibition of war correspondent Yefim Borisovich Komm. 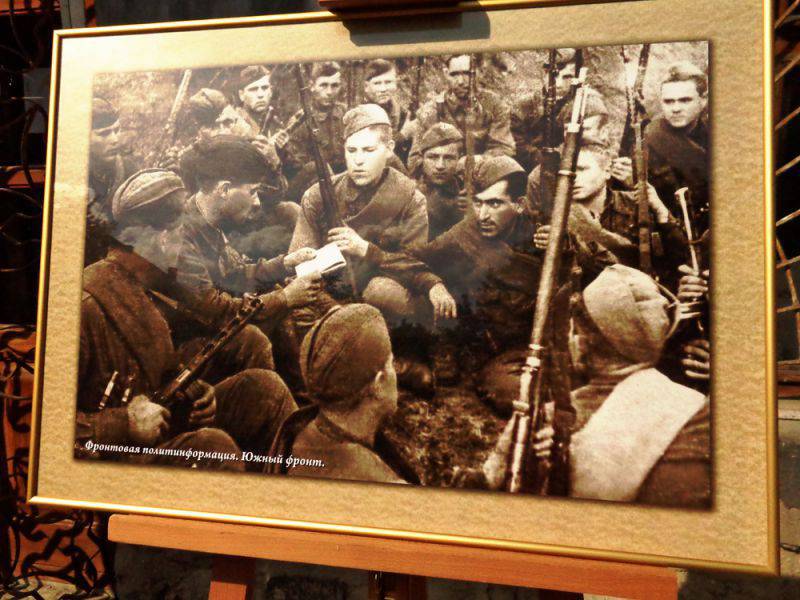 He was born in 1911 in Warsaw. But in 1914, his family was forced to flee from the pogroms and ended up in Kharkov. Then Yefim learned to be a photographer. In 1930, he moved to Donbass - to Stalino (Donetsk was called then). The heroes of his photos were the foremost workers of the production - Alexey Stakhanov, Pasha Angelina, Peter Krivonos. But 1941 came the year, and peaceful labor was replaced by holy war. Efim Borisovich becomes a front-line correspondent. He was awarded high awards, including the medal "For Courage".

At the photo exhibition “War in the photo lens of the war correspondent”, there were pictures of E. B. Komma devoted to the battles for Stalino. 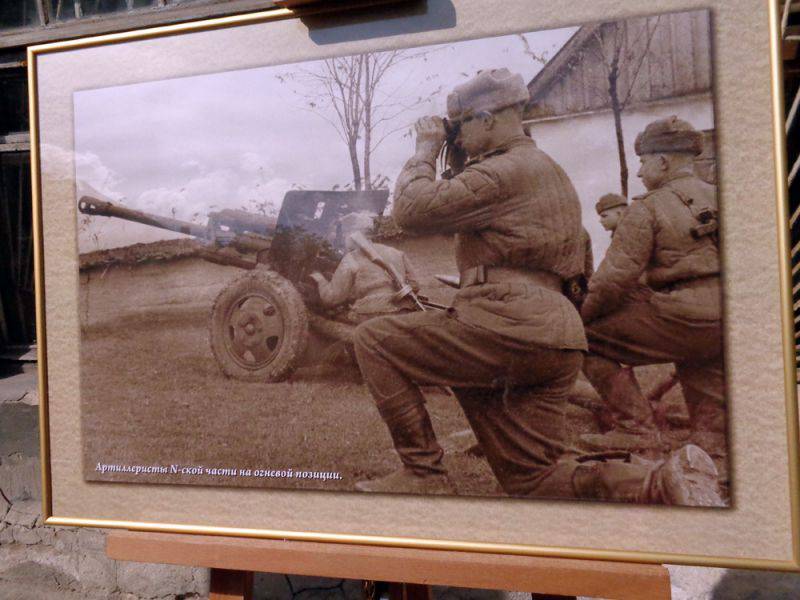 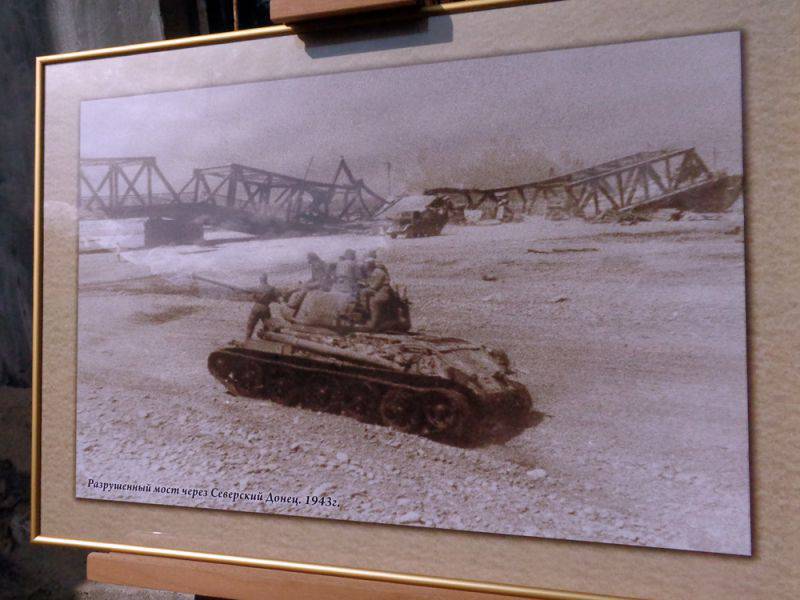 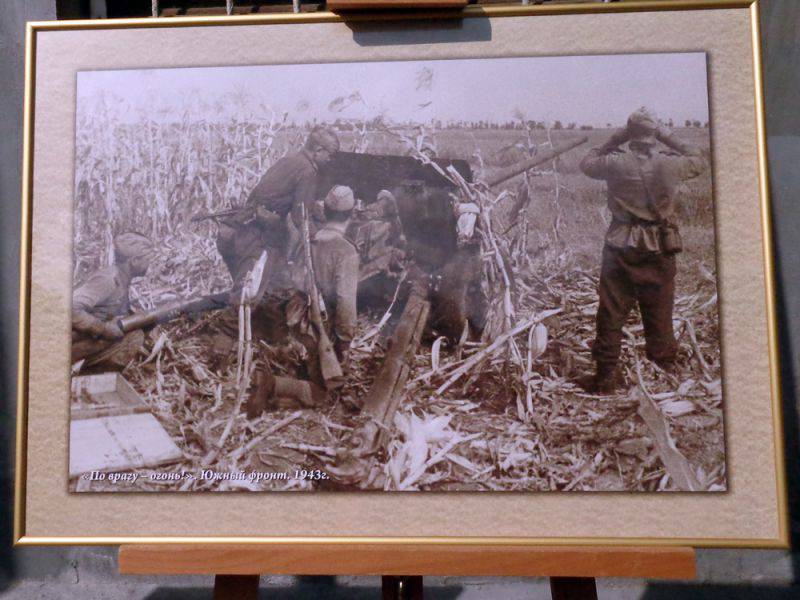 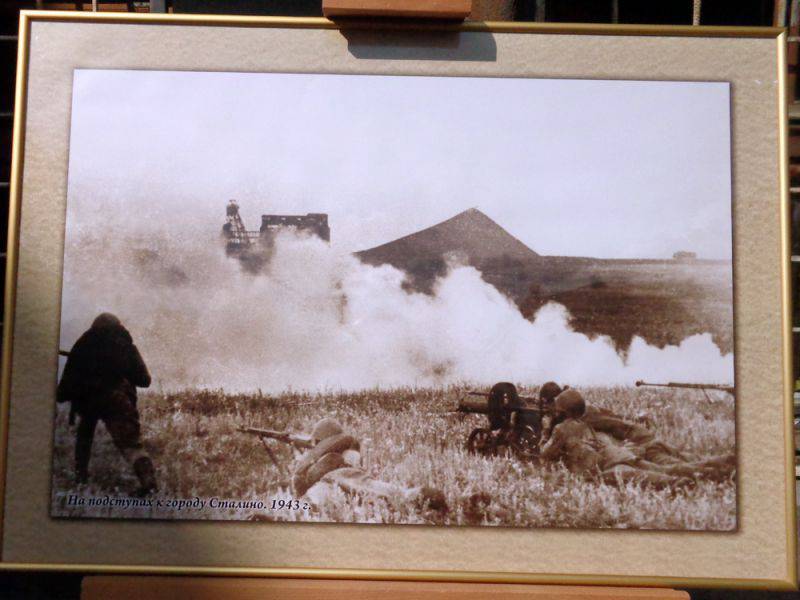 At the second exhibition, documents from the funds of the library and the Museum of Local Lore, a variety of books, newspapers and magazines devoted to the liberation of Donbass and its subsequent restoration were presented. 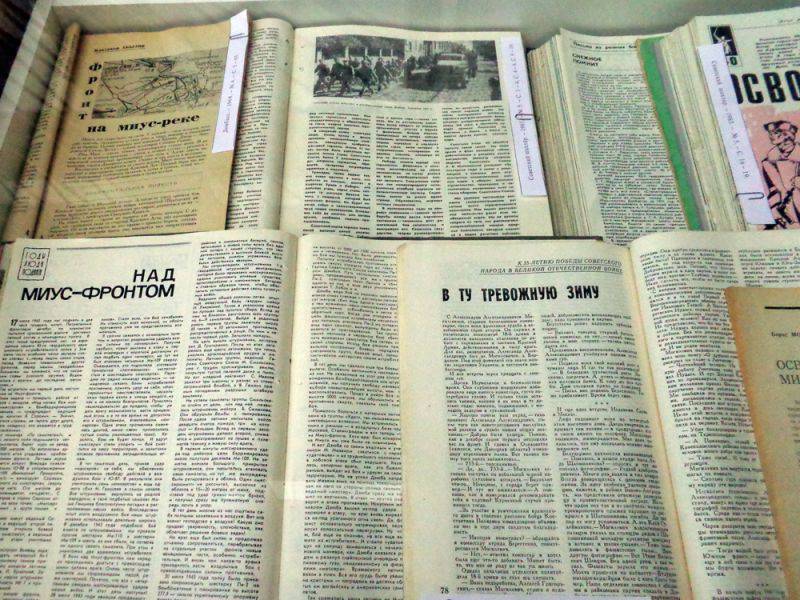 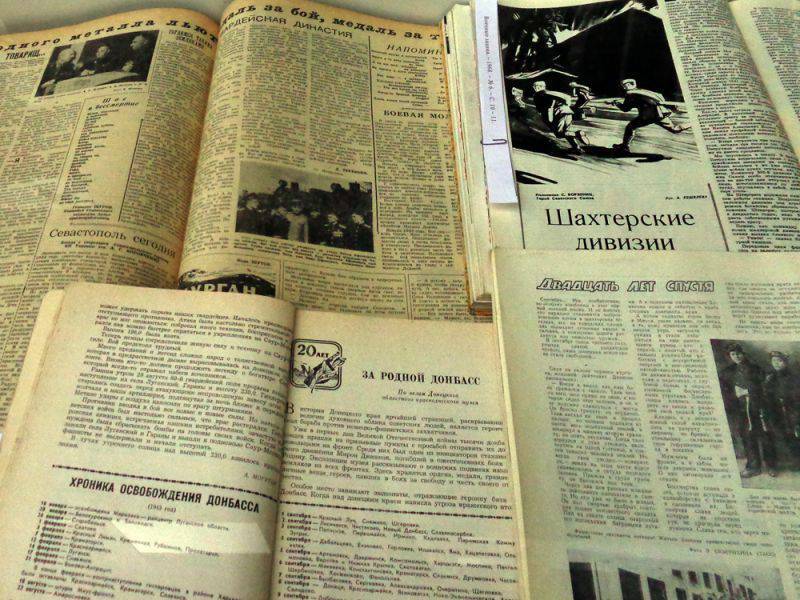 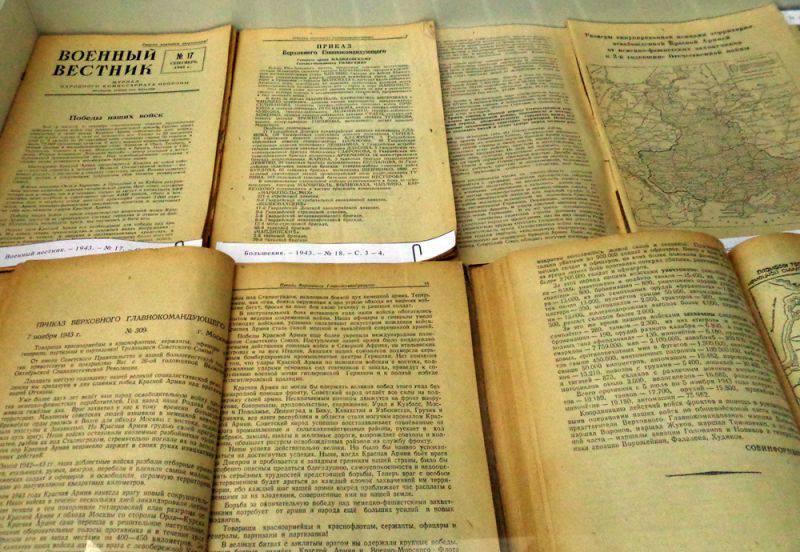 Among the periodicals, the exhibition featured the Bolshevik magazine for 1943 a year. In one of the numbers was published the order of the Supreme Commander Joseph Stalin, which gave instructions on the offensive operation in the Donbass. In another order of Stalin, issued on November 7 1943 of the year, which refers to the final deliverance of the USSR from fascism, emphasizes that the liberation of Donbass was an important milestone on the way to final liberation from the enemy. The journal of the People's Commissariat of Defense of the USSR “Military Gazette”, also presented at the exhibition, published the results of the summer battles of the Red Army in the same 1943 year.

In the almanac “Literary Donbass” No. 1 for 1946, a poem by Paul Ruthless was published to the “Liberator of Donbass”. We know the poet as the author of the lines that are quoted today by many both in Novorossia and abroad: “Nobody put the Donbass on its knees and no one was allowed to put it”. 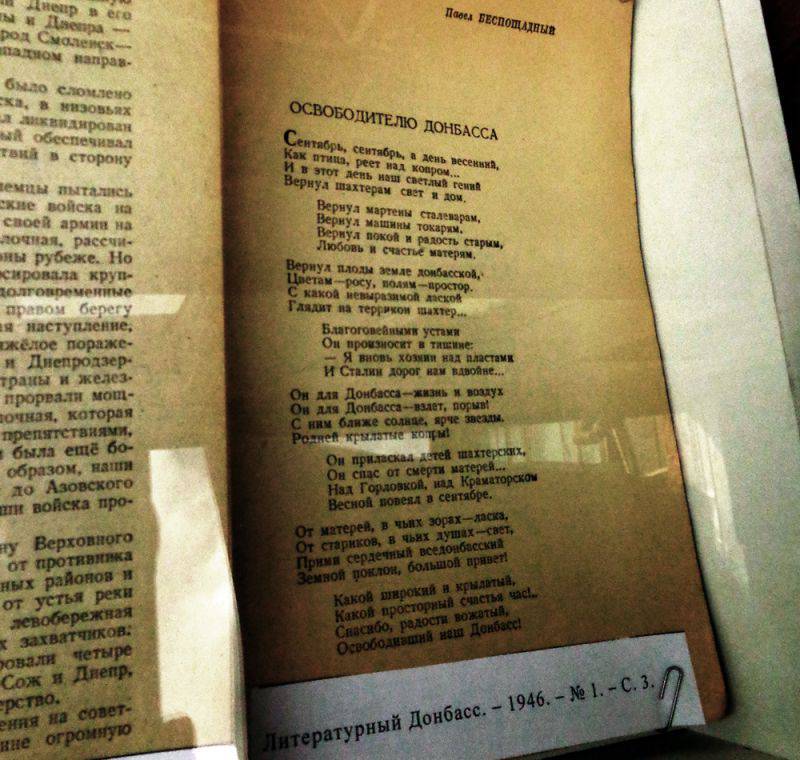 In other editions - the memories of veterans who participated in the liberation of the mining region from fascism, archival photos. In addition to newspaper and magazine publications throughout all these years - from 1943 to the present day - dedicated to the liberation of Donbass, the exhibition displayed touching letters-triangles, poetry collections, a guide to Saur-Grave, as well as awards, flasks, cartridges and another. 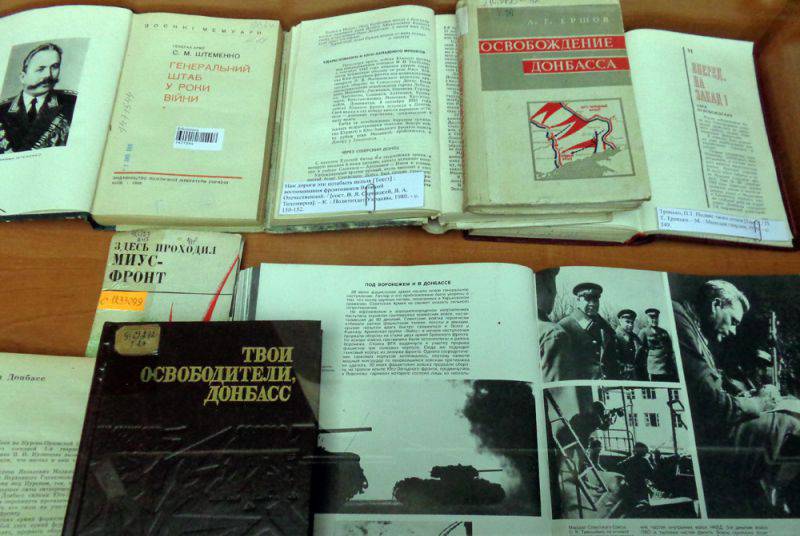 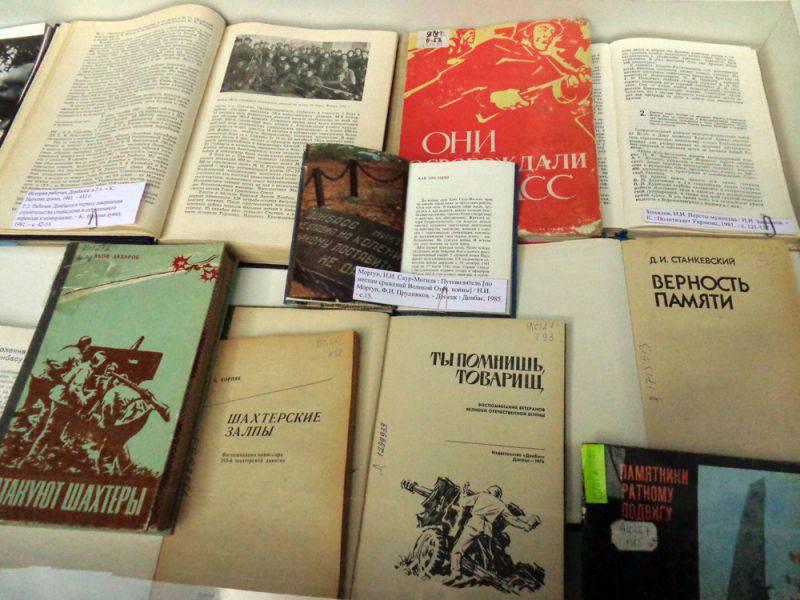 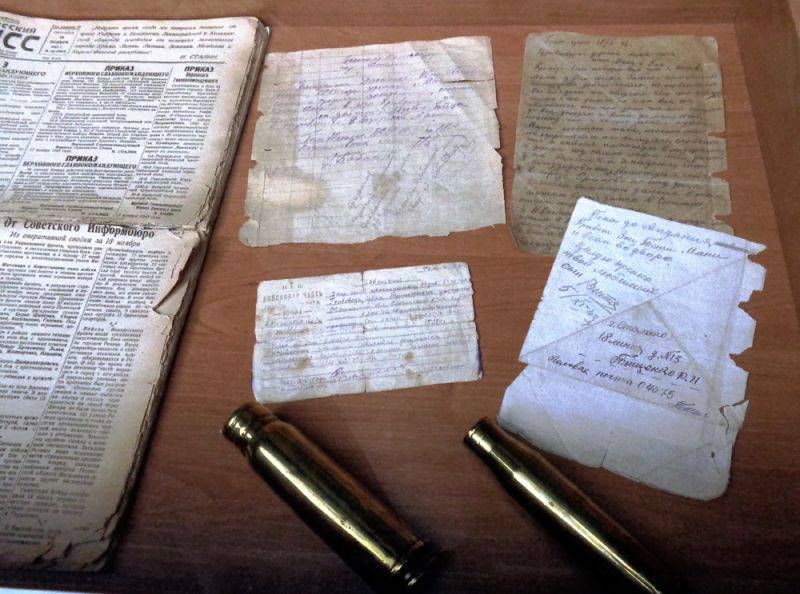 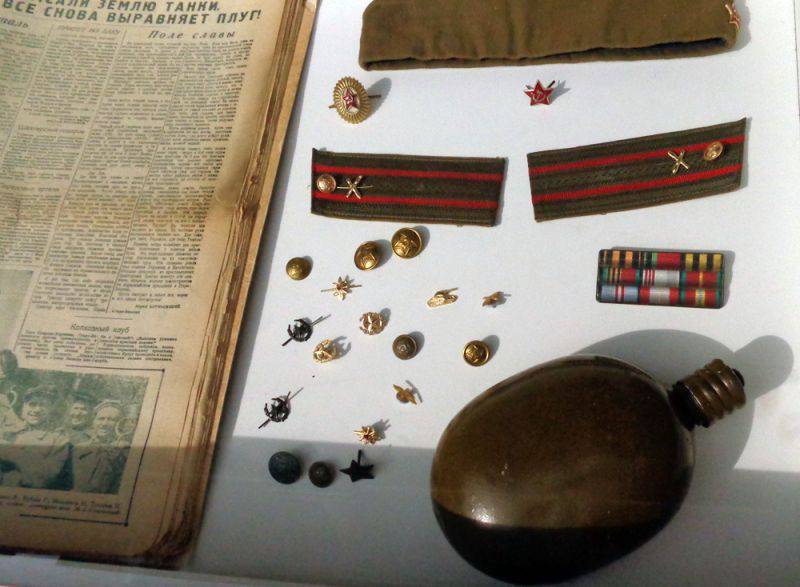 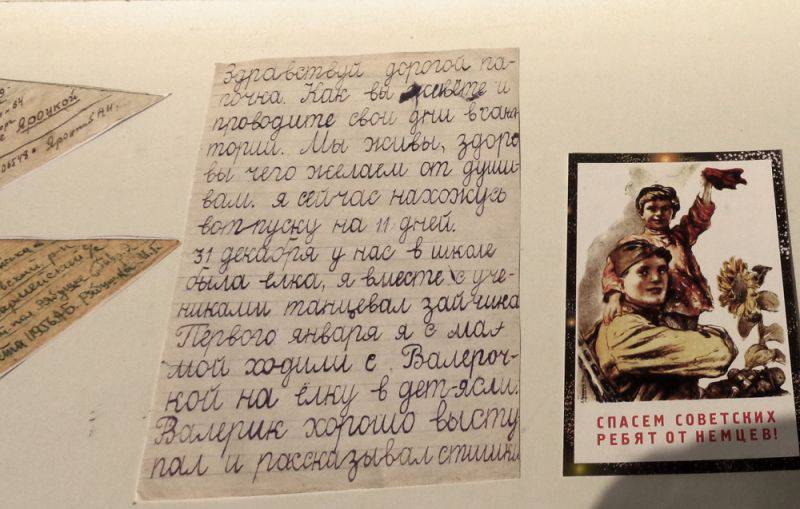 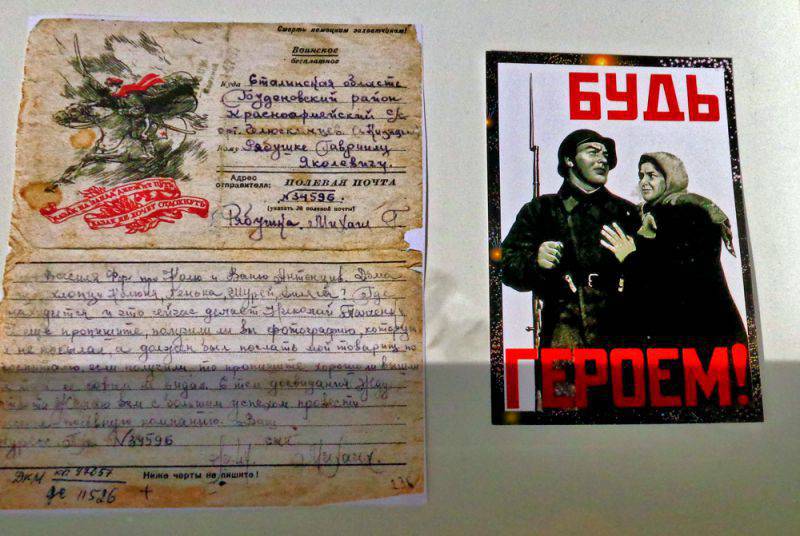 The exhibition continued the next day. She aroused great interest among young people. The library staff, dressed in a soldier's uniform, greeted the guests. The militia of the battalion "Sparta" drove an armored personnel carrier and a military truck. On these machines, everyone could have been photographed. Of particular interest was the technique, of course, among boys. 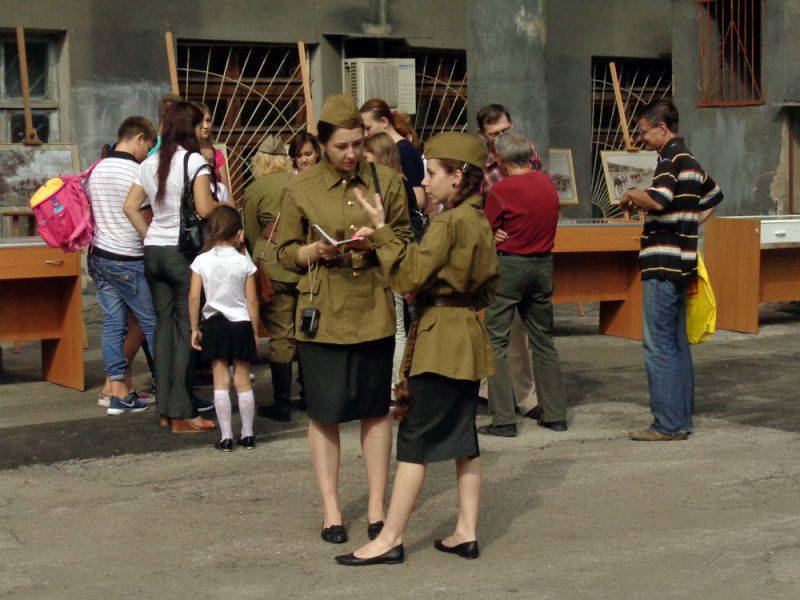 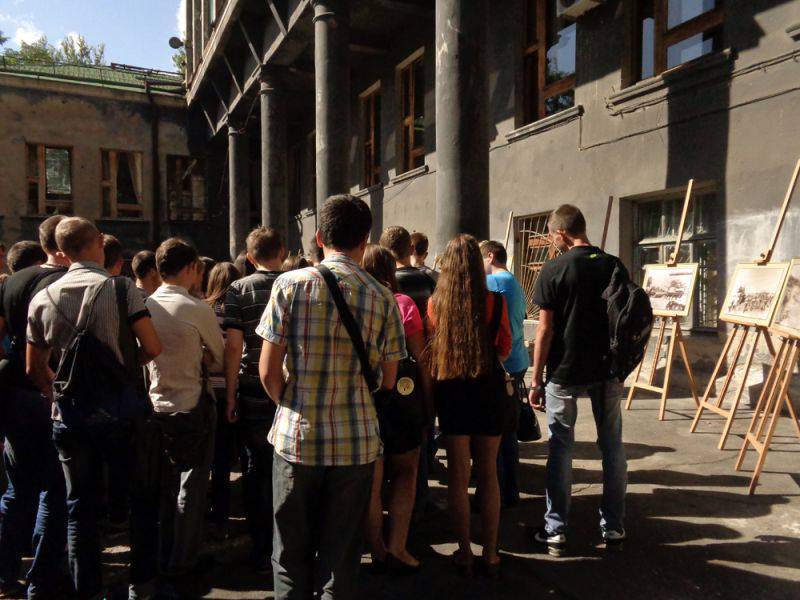 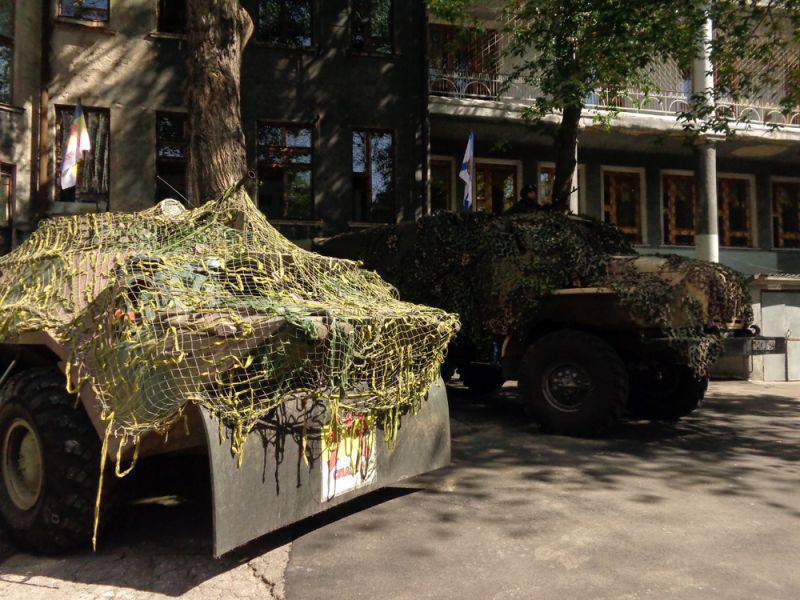 In the late afternoon, people had accumulated quite a lot. A field kitchen was deployed. People enjoyed the buckwheat porridge with meat. 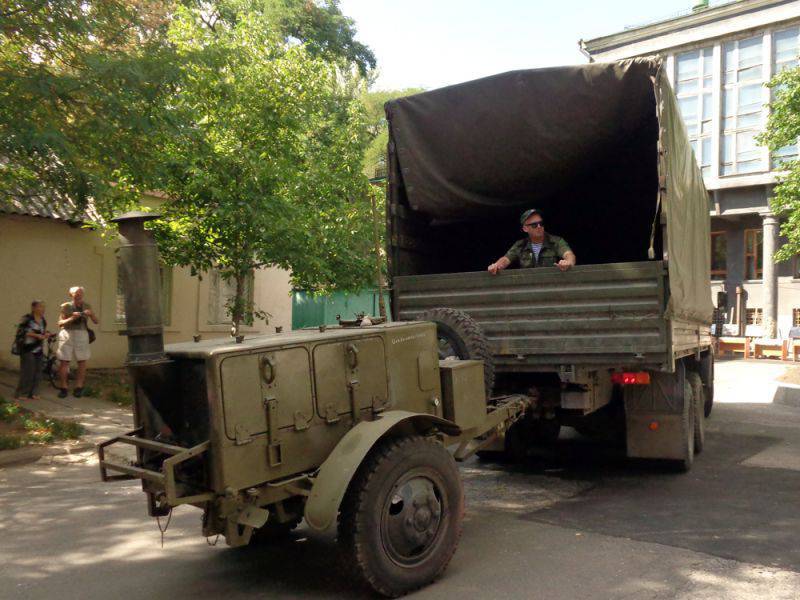 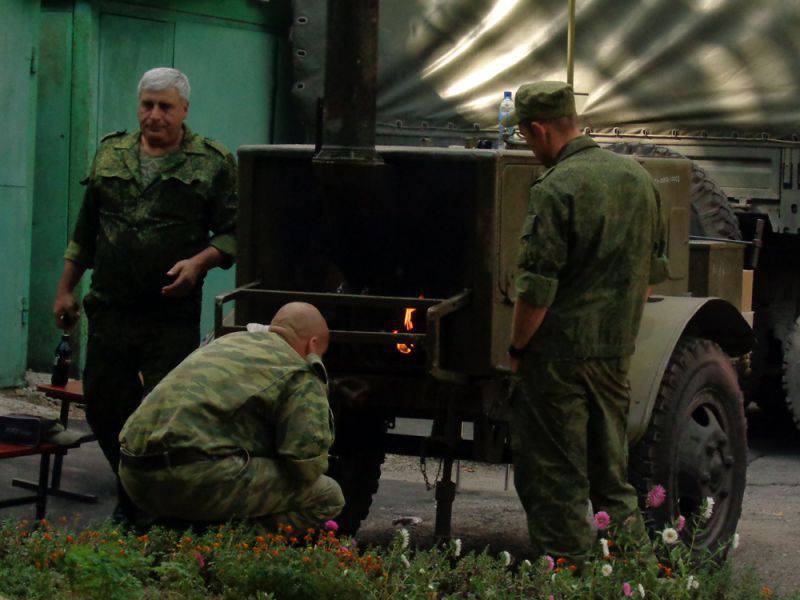 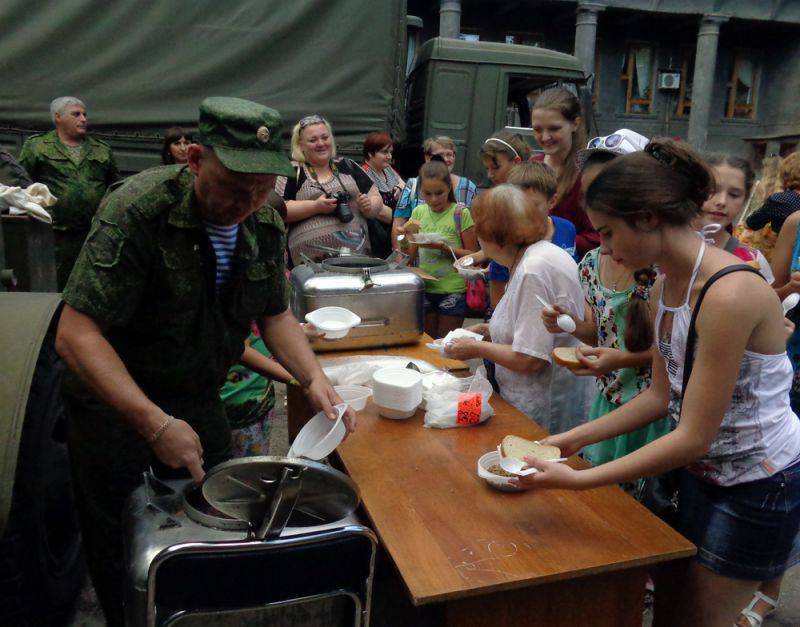 There was a concert during which songs of the war years were performed. The atmosphere of the 40-s of the XX century was recreated. 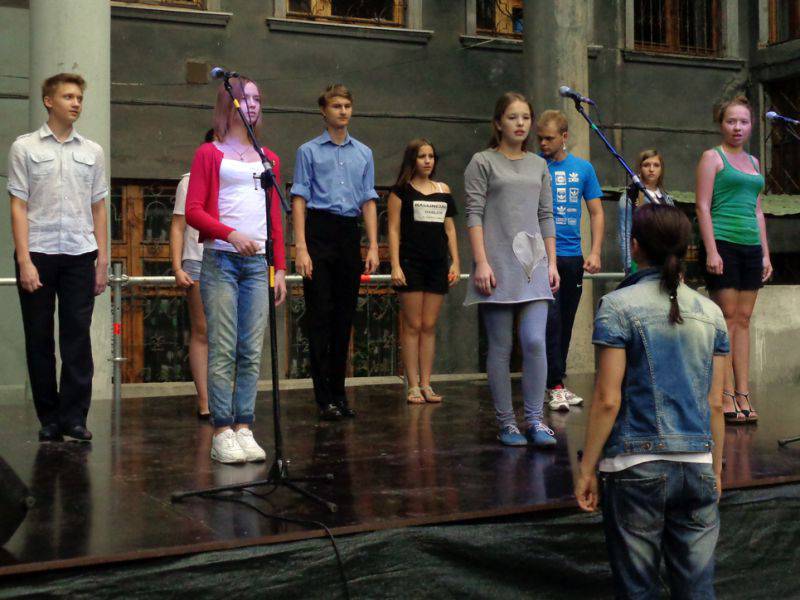 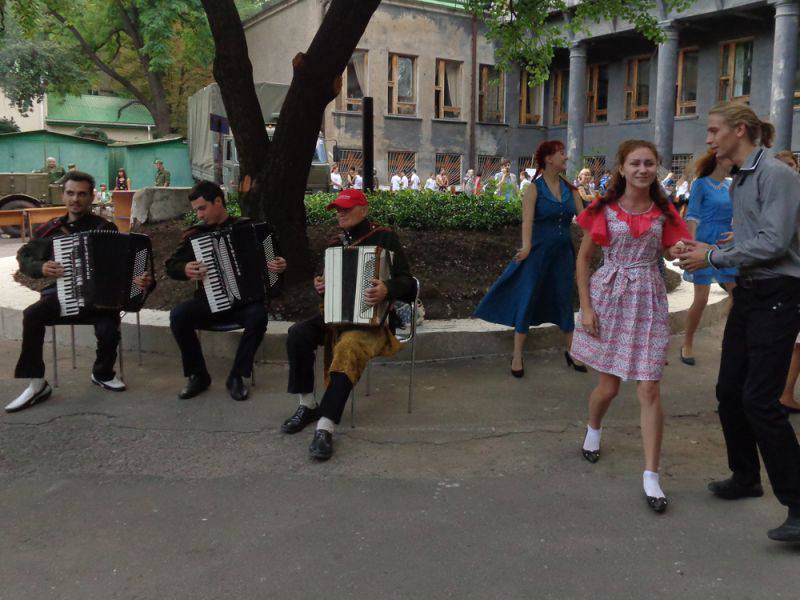 Together with the artists to the song "This Victory Day" danced everyone. 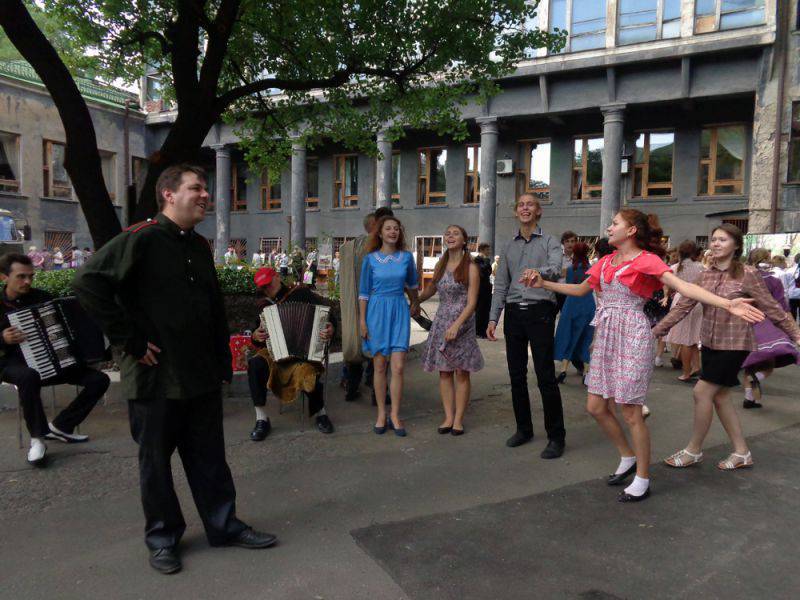 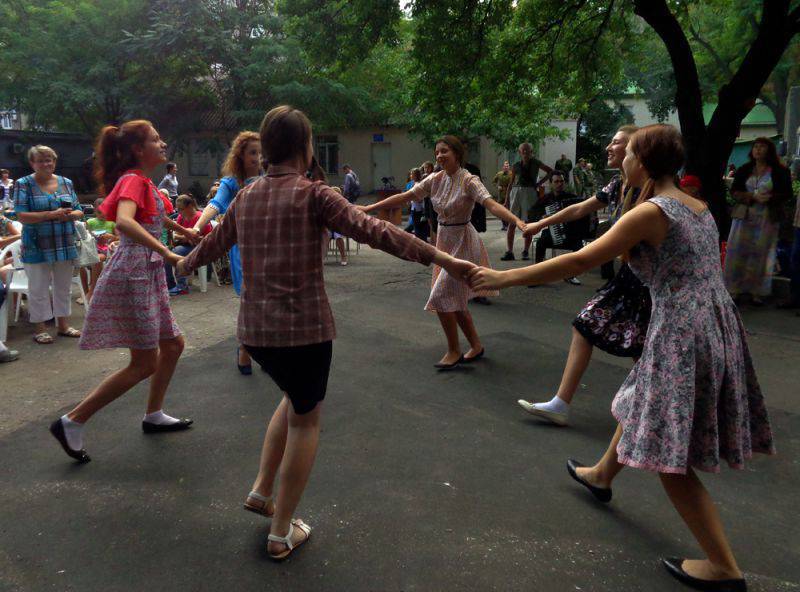 The youth played a small sketch “Letter from the front”. 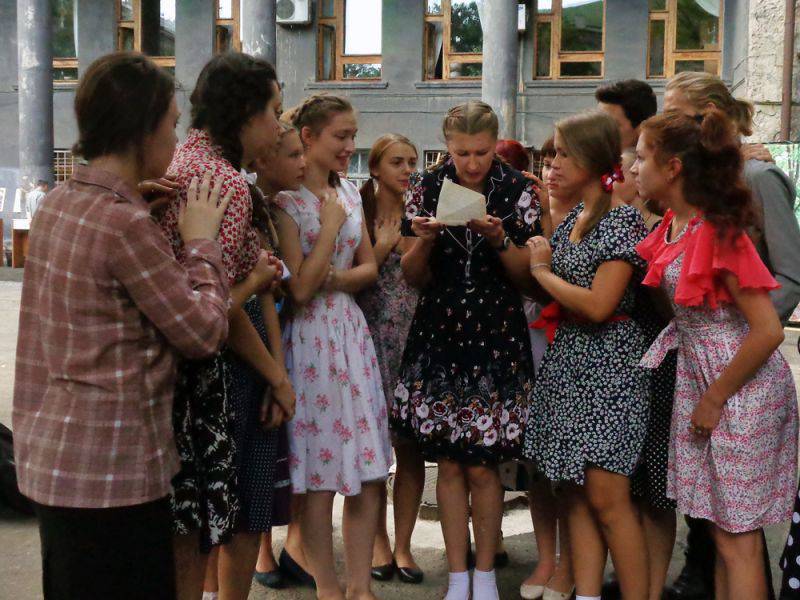 Such actions eloquently say that Donbass remembers and will remember its history. Unlike Ukraine, where utter unconsciousness reigns, and people now have to even recall heroes in semi-underground conditions.