The complex of passive location "Avtobaz-M"

10 September 2015
37
The complex of passive location “Avtobaz-M” is intended for the detection, classification and subsequent trajectory tracking of air and sea targets by the emission of radio-electronic means installed on them (passive radar process). The Avtobaz-M ground-based electronic reconnaissance complex allows monitoring the coordinates and other key targets of the targets and automatically transmitting them to the command posts of the air defense units. The Avtobaz-M ground-based electronic reconnaissance complex includes 4 detection and direction finding stations (SOP) and an information processing station (SOI).


The developer of the passive location complex is the joint stock company Scientific and Technical Center of Electronic Warfare (JSC NTC EW). This is a fairly young, but actively developing enterprise of the Russian defense industry complex. The company is an effective developer of modern types of EW equipment and one of the participants in the creation of an EW system of the Russian Federation. The company was founded just 10 years ago in the year 2005. In 2010, the company opened a branch in Voronezh (System Research and Development Center), which today employs more than 60 specialists. Starting from 2010 of the year, “SEC EW” is in the Consolidated register of organizations of the defense industry complex of the Russian Federation. 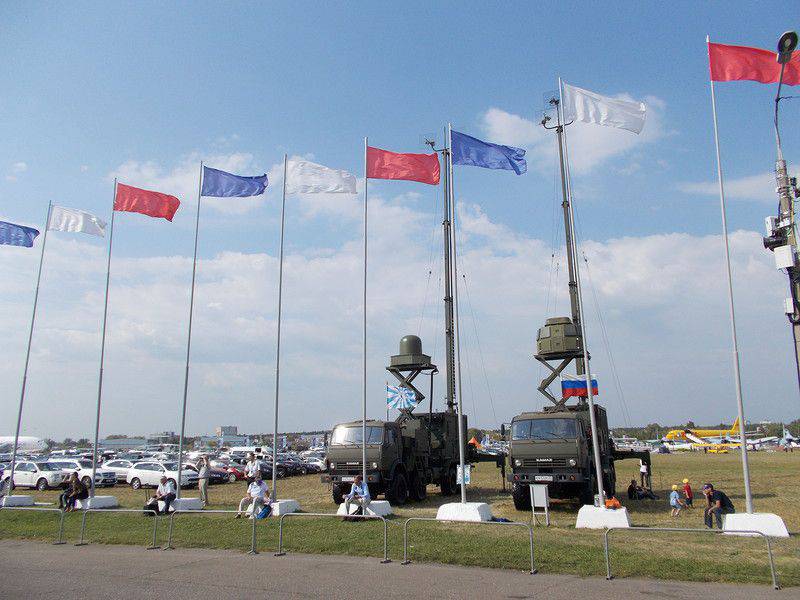 An unparalleled passive radar system “Avtobaz-M” was created in the “SEC EW” under the leadership of Alexander Sarkisyan. For the first time, the complex was demonstrated at the MAKS-2013 air show at the stand of the Defense Systems holding. For the first time information about this system appeared on MVSV-2008 (International Salon of Armaments and Military Equipment), in the collection devoted to the novelties of the cabin it was noted: “The classic active radar tools that were used earlier nowadays are becoming obsolete. Any inclusion of such means is immediately detected by the enemy’s intelligence, which allows them to be destroyed almost instantly. At the same time, the Avtobaz-M passive electronic intelligence reconnaissance complex (KRTR) is a major step forward in this regard. The complex is able to capture up to 150 types of radiating signals, issuing their bearings. The work of KRTR "Avtobaz-M" in combination with two other similar stations allows you to ensure the exact coordinates of the air target. The obtained information can be used in large air defense systems as target designation. Depending on the signal strength, the range of the complex is from 350 to 400 kilometers. In addition, information from Avtobaz-M can be used as a target indication for command posts controlling electronic suppression systems and for command posts of air defense. At the moment, the modernized AvtoBaz-M KRTR is a practically new system that surpasses all the existing analogues created on the basis of Avtobaz CRTR, including the development of the Czech Republic - Tamara and Vera.

The Avtobaz-M complex, as noted above, consists of four receiving posts of the detection and direction finding system (SOP) and an information processing station (SOI). Any modern aircraft radiates something - it is a physical phenomenon that you cannot go against. Sensitive sensors SOP able to capture this radiation by sending information to the central post - PIO, where data is processed and displayed on the monitor screen, forming a picture of the air situation. In the range of the complex, it becomes clear who and where is flying. 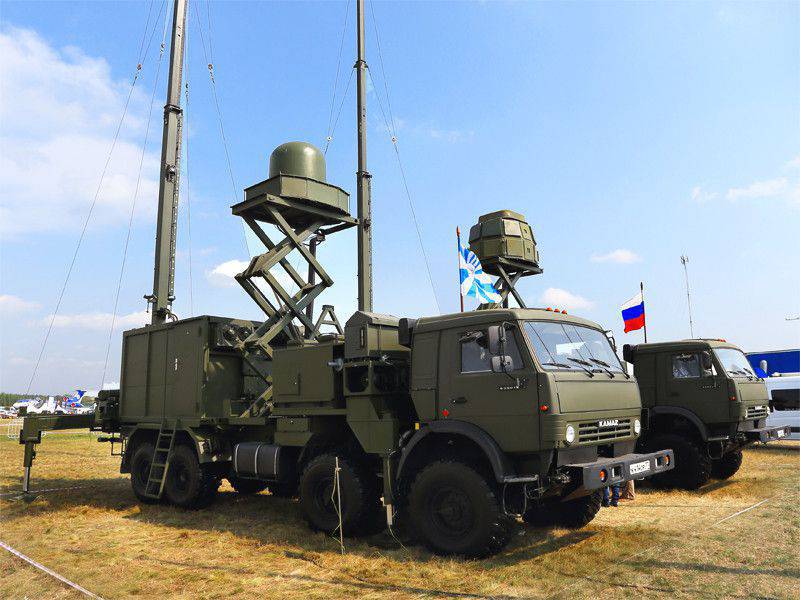 The passive radio intelligence complex Avtobaz-M provides intelligence for pulse and continuous radar signals of both airborne and sea-based objects, as well as signals of the friend-to-others (IFF) and TAC AN systems, trajectory radar detection and signal parameters tracking of detected air and sea objects by radiation of radio-electronic means on board them and transferring the obtained intelligence information to higher-level automated command and control anti-aircraft defense units. Avtobaz-M passive location complex can be used in air defense systems, air threat warning systems and electronic warfare. As the developers themselves note, the passive mode of operation of the complex increases the survivability of air defense and electronic warfare groups on 30-40% due to a significant increase in the secretive nature of the operation of active systems (radar stations and interference stations).

It is reported that stations belonging to the Avtobaz-M complex of the passive location can be used autonomously as radio intelligence stations, they can collect, accumulate and subsequently process information on radiating aerial targets. An excellent complement to this complex can be the Spatial-Distributive Interference System “Field-21”, which was also created by the specialists of “STC EW”. The combination of network-centric and hierarchical control methods underlying this interference station ensures that the system is highly resistant to attempts to disrupt its performance, and the small size and weight of the interference equipment (due to implementation on a solid-state electronic component base) allows the 21 Field to be placed on a variety of moving or stationary objects. MAX-2013 reported that both systems successfully passed the tests. However, both are available in export versions. Interest in such systems is quite large. Still, install “Field-21E” and no “Tomahawk” can get you. And if you have your own air defense system and the Avtobaz-M complex, you yourself will be able to try to destroy any enemy aircraft before he realizes that he has already been found and is in sight.

According to Alexander Sarkisyan, General Director of the SEC EW JSC, the Avtobaz-M passive location complex is able to detect and track air targets more than 200 kilometers from 150. At the same time, the accuracy of tracking air objects will be comparable to the capabilities of active locators, he noted in an interview with the Military Industrial Courier edition in August 2015. According to him, the AvtoBaz-M CTRD implemented a mathematical apparatus that allows, with the availability of a relevant information base, with a high probability of identifying not only classes, but also types of air targets. In this case, all the information obtained by the complex on the air situation is transmitted via communication channels to higher command posts. 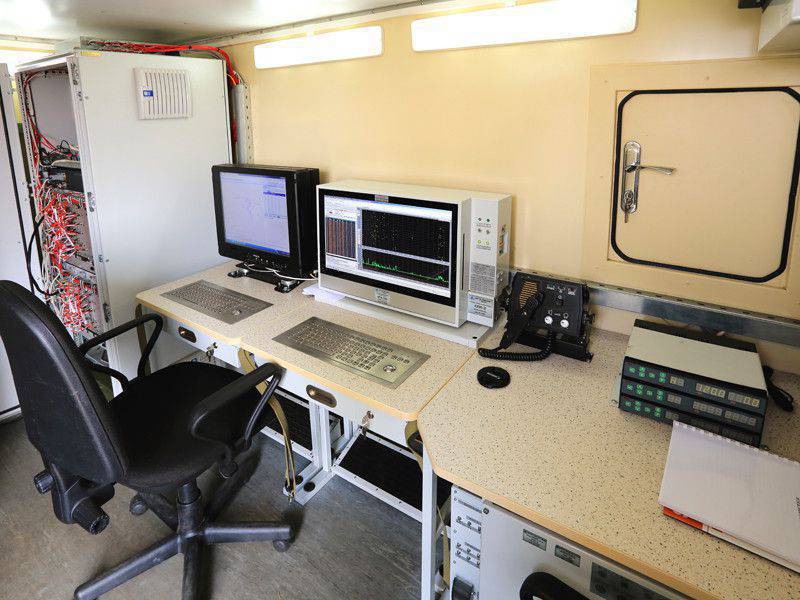 The use of passive location systems in modern conditions is becoming increasingly justified. Experts have long known that the used active radar tools (especially on-duty), with high radiation power, become the primary objectives for enemy electronic intelligence and destruction equipment using modern self-guided weapons weapons. Low mobility and long airtime make active radar systems particularly vulnerable to modern guided weapons. This is confirmed by numerous examples of real hostilities that were conducted by individual countries or their coalitions in different parts of the world: in Vietnam, Yugoslavia, Iraq, and also in Libya, in which active radar stations of local air defense systems became the primary targets for It strikes with anti-radar missiles.

At the same time, the principle of passive location is based on the reception of signals from radio-emitting air targets by several space-separated direction-finding and measuring posts and the subsequent joint processing of signals received from air targets according to certain mathematical procedures. As a result of this approach, detection and trajectory tracking of targets, as well as the possibility of their identification, are realized without the radiation of probing signals being broadcast. Such possibilities of passive location determine the high interest of the Russian army in strengthening air defense groups by such means. In addition, there is a great need for such systems in the global arms market, notes Alexander Sarkisyan. However, it should not be assumed that passive location tools will become an alternative to traditional means of active location. They should be considered as the possibility of expanding the combat capabilities of air defense groups and reducing their vulnerability when the enemy uses modern high-precision weapons.

The operating frequency range is from 0,2 to 18 GHz (it allows including the classification and maintenance of the AWACS and Hokai systems).
The space survey method is an electronic circular azimuth survey and 30 degrees in elevation.
The method of determining the coordinates - difference-distance method.
Instant Review Range:
- in the frequency range 2-18 GHz: 16 GHz;
- in the frequency range 0,2-2 GHz: 30 MHz.
Target detection range - to 400 km.
The standard error of the coordinate determination (MSE) is no more than 2% of the distance.
The number of simultaneously accompanied targets - up to 150.
The update time of information about the IRI at the station is no more than 2,5 with.
Library volume - up to 2000 images and target operation modes.
MTBF time is at least 600 hours.
Fault localization time is no more than 30 minutes.
Deployment time of fighting / collapsing - 45 minutes.
Time to bring the complex on alert - 3-5 minutes. 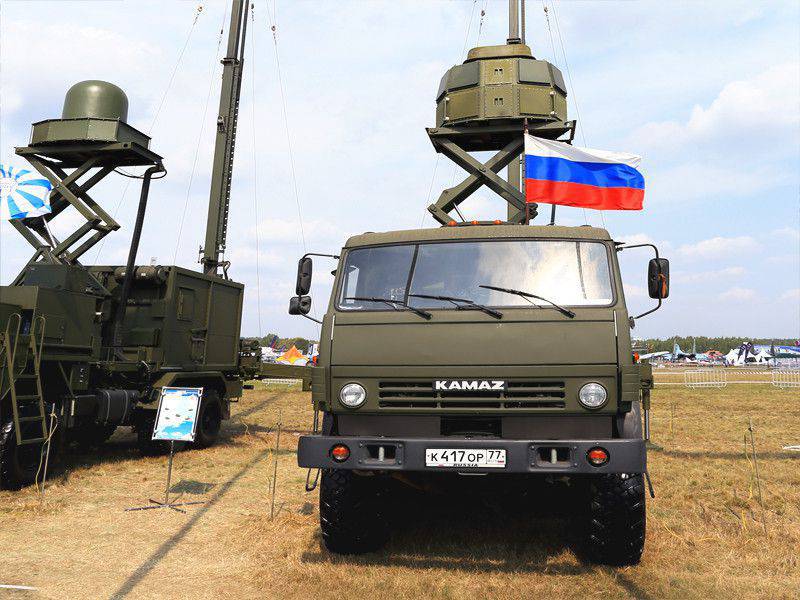 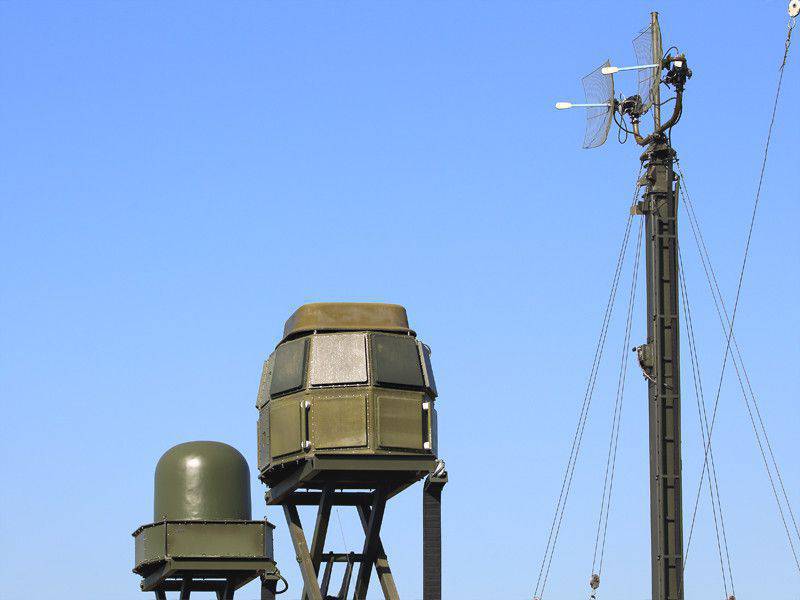 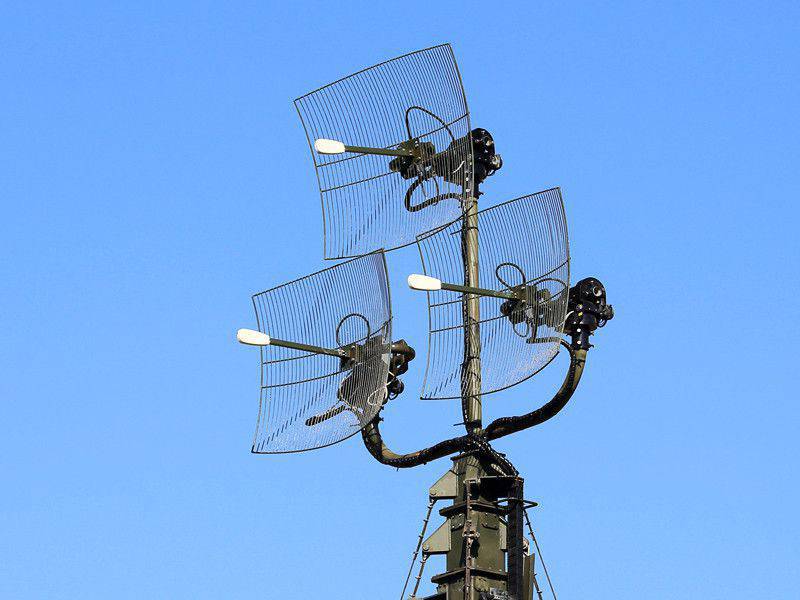 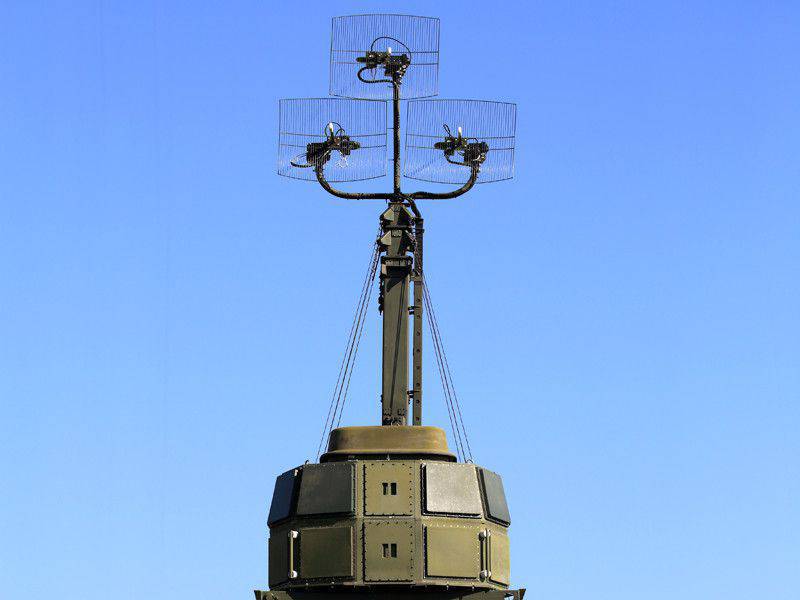 We are in Yandex Zen
Universal anti-aircraft missile system C-300В
Excursion to the radar station "DON-2Н"
37 comments
Information
Dear reader, to leave comments on the publication, you must to register.