Country 404. Anti-Ukrainian machinations of God, or Something about a hornless cow

11 September 2015
34
I love a sinful business in the evening, after all the labors and worries, to review the Ukrainian Observer. Mood raises the dream of the future better than any humorous programs. You look or read nonsense, what is written there, and you understand: guys, there really is a country of 404. And the journalists are specially selected ... The same, 404-e. Again, you begin to respect our authors more. 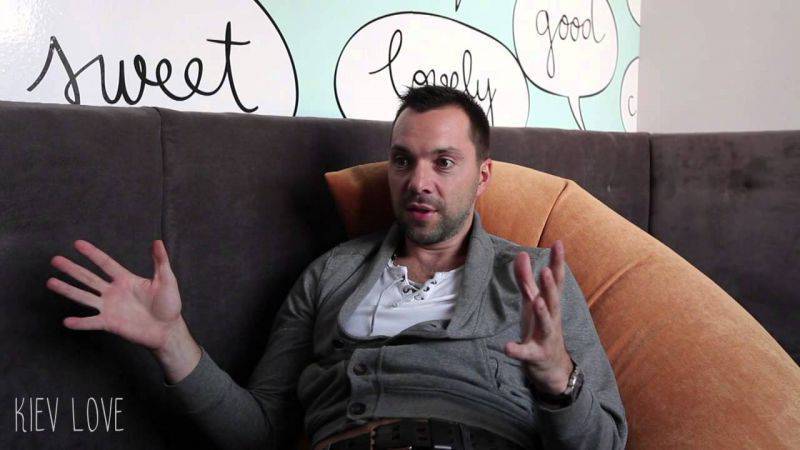 And today, "under basketball," I decided to watch an interview with military commentator Alexei Arestovich. I wonder what the new he can say live on this very "Observer"? .. And you know, not in vain looked.

Let's start with the traditional.

Tremble, the staff of the Russian special services. Arestovich is well aware of your "swinging". You climbed, you know, into a boat called Ukraine and rock it. So that means, water and drowned. Or at least "lost the course."

No, I already know that the FSB and other special services organized the Maidan. And the fact that the recent events about the Rada are the business of their hands, too. And in general, in Ukraine nothing is being done without the knowledge of the FSB and Putin’s direct instructions. Under this humor, I already fell asleep. And to repeat ugly. Even somehow uncomfortable for the Ukrainians. So much left, not run away on the earnings of millions, but they themselves can not solve anything. They are waiting for these same FSB men to come up with something.

This is what the Ukrainian security services military observer is calling to get into the “alien boat” too. To, therefore, pokkachivat ...

"It has long been necessary to transfer the war to the territory of Russia and rock the situation there, these are symmetrical actions, but our top military and political leadership is frightened."

This is not your leadership after such a statement, but ours should be frightened. How, the war in Russia. Valiant Ukrainian esbeushniki in balaclava jump in the Russian forests and blow up our trains and airplanes. Horror.

And what do you think, what will it lead to? Here you never guess, if you did not listen to this very "browser". Such actions will not only stop all economic relations between Russia and Ukraine, but also lead to the fact that ... No, I’d better quote. So safer to understand.

"And how then do you trade across the border? They'll be offended! The amount of kickbacks immediately decreases from 15% to 5%."

For those who do not understand, explain. Each blown train will reduce the "kickbacks" to unclean officials by some percent. And everything, including the Russians, will be only too happy.

What does this browser propose to do? What should we be afraid of in the long run?

"Thousands of options are possible, starting with the complete blockade of the Crimea, or ensuring at a minimum that the population does not die. Swinging up the Caucasus - sending ten man-portable air defense systems to the Caucasus, you can help with money. You can work with the Russian opposition, you can work with Russian nationalists, who have a long bill to the Kremlin. To carry out information campaigns in Russia, to say: "We are relatives, we are united Kievan Rus, and these Kremlin ghouls interfere with our age-old fraternity" and so on. "

It is sad that this same Arestovich considers himself a military expert. Or it is considered. For Ukraine, it is quite in modern style. Professionals who have no idea about the essence of things in which "specialists".

The time has changed. There was a time when we pretended that we did not know about the dirty tricks of Ukrainians in Chechnya, in Ossetia. There was a time when we hoped for the mind of the people. But that time is gone. And everyone except this Arestovich understand this. There would be an opportunity to do such things with impunity, they would have done long ago. However, the rates have changed. The risk of getting an otvetku is very high. And Western patrons in this case will not "otmazhut."

So I remembered the old Russian saying. God did not give horns to the awesome cow. Apparently, even God is an enemy for today's Ukraine. And for those who suffer from insomnia, I will give a link to the opuses of this browser. Read that "hawala", as one showman said, Ukrainian people. Guarantee that you will sleep in a cheerful mood.

In the past - a personnel officer of the Armed Forces of Ukraine. Stock captain. The service activity was associated with developments in the field of operational psychology, conflictology and psychology of extreme situations.

Since 2002, he has conducted trainings and consultations in the field of group psychology, opposition to unfair manipulation, art of communication, public speaking, negotiation techniques, public speaking, acting skills, psychology of social contacts.

He studied at the Odessa Institute of Land Forces, the International Language School (Great Britain), he studies at the Russian author’s school of depth psychology “Man among the People”. Actor of theater and cinema, the creator of the course on teaching the art of dramatic improvisation. Author of the book Alphabet Chiron. The initial course of improvisational drama.

Ctrl Enter
Noticed oshЫbku Highlight text and press. Ctrl + Enter
We are
Results of the week. "Guys let's be friends!"Results of the week. "And we are here, you know, all indulge in buns ..."
34 comments
Information
Dear reader, to leave comments on the publication, you must to register.