10 September 2015
54
Information about the appearance of Russian troops on the Syrian fronts, of course, deserves careful inspection. And it is not only about dubious sources (the press and social networks), but also a difficult foreign policy situation. The flow of migrants who are practically breaking through to Europe every day has once again attracted world attention to the Syrian civil war. Since Europe is not in a hurry to acknowledge its own responsibility for the Middle East catastrophe, the Russians were traditionally assigned the culprits. They say that it is Moscow that supports President Assad and does not allow the war to end - an enchanting logic in its cynicism. Truly, if Russia did not exist, then it would have to be invented, otherwise to whom should we write off all our failures? I immediately recall a curious incident that occurred in the 19th century, when the British justified their defeat in Afghanistan by the presence of fictional Russian Cossacks there. 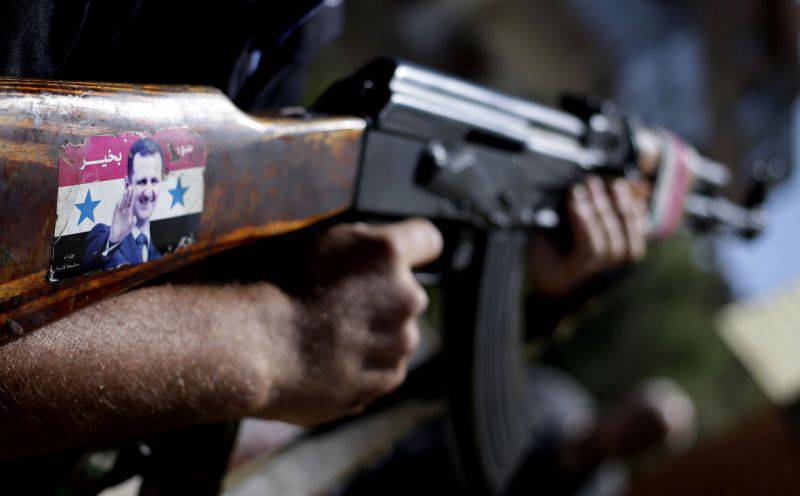 Russia could not afford to intervene in Syria before the Ukrainian events, much less now. Apparently, the Kremlin is fully aware of this fact. The situation around the Crimea remains unresolved, moreover, there is a considerable threat of a collision with the Ukrainian-Moldovan alliance in the TMR, not to mention instability in the Caucasus and Central Asia. Under these conditions, having a Syrian front is a pleasure, to say the least, dubious.

However, what was so alarmed by US Secretary of State John Kerry, forcing him to immediately contact a Russian colleague? Look at the situation a little more closely ...

August and September 2015 of the year are marked by a significant increase in the volume of assistance to the Syrian government from both Iran and Russia. The Syrian express, which has already become legendary, has earned a brisk pace. Not only the total number of ships carrying cargo to Syrian troops increased, but also their loading - judging by the pictures of Turkish bloggers made in the Bosphorus. Now, in each BDK, the technique is filled not only with internal space, but also tightly force the upper deck. Moreover, the air express was also connected to the maritime express, and so active that the Americans were forced to try to block it first in Greece (unsuccessfully), and then in Bulgaria. 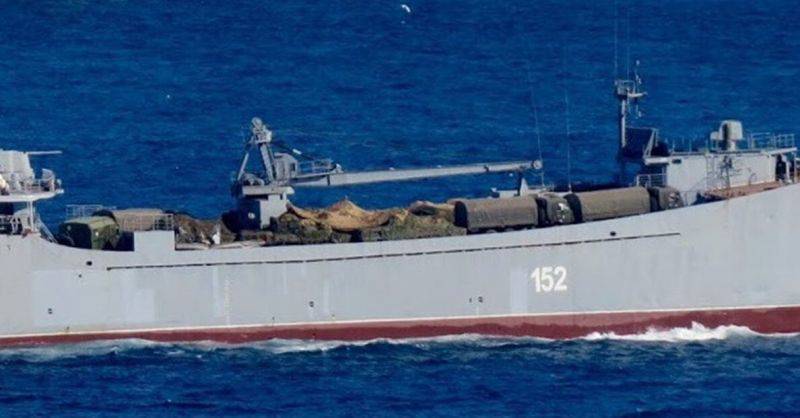 The true cause of anxiety and anger the Americans, apparently, is not that Russia came to Syria, and how she did it. In the United States we planned that will massively against LIH fight Russian infantry. The death of a large number of troops, along with possible terrorist attacks on the territory of the Russian Federation would have to finally shake the internal situation in Russia.

By the way, 8 September Russia recognized the presence in Syria only of its military specialists, who, according to the Ministry of Foreign Affairs, train Syrians handling new types of technology. As for the technology itself, its supply especially never hidden. But the troops of President Assad and that is of great strategic help, not to mention the moral effect, which is almost more important. After the Syrian army fighting for more than four years, and it is not hard to guess what a joy it caused a sudden increase in aid.

Facing into the resistance of the government troops, the IS will be forced to look for ways out to the sea coast elsewhere. Since it is suicide to go to Turkey or Israel, there is only one way that is extremely convenient in all respects. These are the monarchies of the Gulf, where, among other things, there is oil, a developed infrastructure. We must not forget that Arabia is the cradle of Islam. In this situation, in a couple of years, the entire Arabian Peninsula will be under the self-proclaimed Caliphate, except perhaps the vast Shiite territories, but Qatar and Bahrain: the first is located on the peninsula, and the second is on the islands. The price of oil will jump to unprecedented heights.

Blitzkrieg in the southern direction for the "Islamic State" is also possible for the reason that the morale of the army of Saudi Arabia is reasonably rated as low. To make sure of this, it is enough to watch the videos of military operations on the border of this country with Yemen, where the Hussites smash the border posts and KSA military bases almost dozens, and the Saudi military in panic run at the first breaks, dropping objects and equipment entrusted to them.

A slightly different option is also possible, providing for the transfer of Assad's troops to a successful offensive. Then, if the IG suffers defeat in Syria and is forced into Iraq, the Islamists will have only one way - to conquer the Middle Eastern monarchies: Jordan, Saudi Arabia, United Arab Emirates, Kuwait, Qatar, Bahrain and, possibly, Oman. And the United States and Britain (in the case of Jordan - Israel) will have to defend the allies, not with ostentatious bombardments for television cameras, but with a quite tangible overland presence with all the attendant charms: great losses, expenses and caustic gloating from Iran. By the way, it is Iran that has every chance to get out of geopolitical cataclysms not just not injured, but repeatedly amplified.

Having read all this in the same way as we do now, the Americans realized what they threatened with the strengthening of Russian aid to Damascus, and for this very reason, John Kerry hastily contacted Lavrov and expressed his displeasure. It is understandable, because a new level of Russian intervention threatens to cause a chain reaction of the crumbling of the knuckles of the geopolitical domino, the latter of which has good chances to pin down the entire American strategy in the region. It takes time for the White House to create a new strategy, but it's gone. The Syrian trap slammed shut, leaving most of the players inside. The only question is who will get out of this trap, even if it's tattered, and who will remain in it forever.

We are in Yandex Zen
"Trouble" of the Promised Land. African immigration to Israel
"Night of the attacks" in Paris. The bloody consequences of the migration policy of France
54 comments
Information
Dear reader, to leave comments on the publication, you must to register.