Who benefits from the lie of Denis Pushilin: mayhem or lawlessness?

9 September 2015
59
For a start, it makes sense to make a short statement. I am not personally acquainted with any of the heroes of the article. Not with Pushilin, nor with Purgin. Therefore, I pretend to some impartiality in assessments and judgments. Nothing personal, just facts. 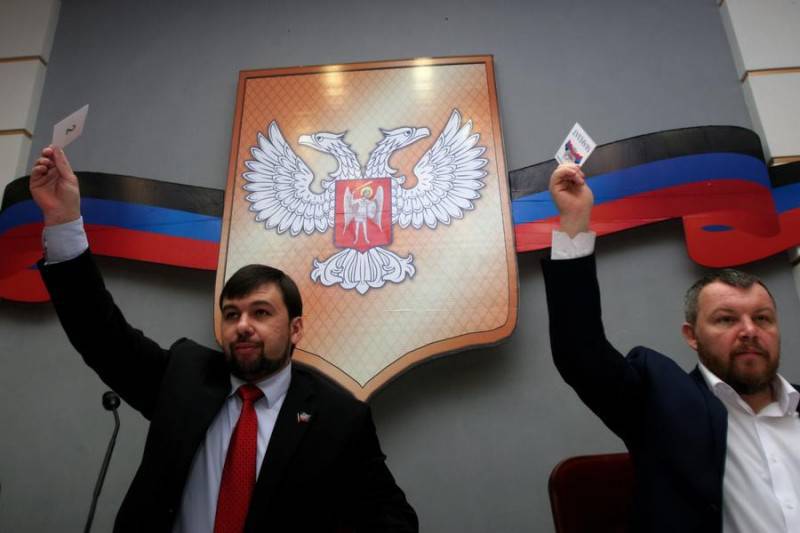 So, you can sum up some of the results. Andrew E. Purgin still released. Together with him his wife and Alexandrov Jr. Of course, four days in the premises of the MGB for a person with parliamentary immunity can not be called a good result, but I note, it could be worse. And it happened more than once in the unrecognized republics.

So I am genuinely pleased that this part stories ended in a similar way. But there is no doubt that there will be a continuation.

I will begin, perhaps, with the recording of a very short telephone conversation with the current deputy of the People’s Council of the DPR, Ellada Borisovna Shafner. The conversation turned out to be very short, because I spoke with Hellas Borisovna when she and a group of comrades were waiting for the moment when Purgina had to be released from the MGB. And our conversation was interrupted by this very event.

Later we contacted her again and brought our conversation to the end. But this is a topic for a separate article, which will naturally follow.

Here is the opinion of an eyewitness to the events. How impartial it is - a difficult question, but I have no doubt about the veracity of what she said. For it is best to judge a man by his deeds. And right affairs behind Ellada Borisovna are more than enough.

And here, actually, in these two materials there were a few strange moments, on which I would like to focus everyone’s attention. In general, we are talking about an ordinary lie, performed by, however, not an ordinary person. And clothed with a fair amount of power.

Lie first. "Purgin is my friend, but the truth is more precious"

Quotes from the interview:

- Denis, so what happened with Andrei Purgin there? You seemed to be always friends, participated together in the Russian spring.

- Andrey and I continue to be friends and colleagues.

“Even after what happened?”

- Yes. In all this there is no political motive, there is more organizational, hardware moment. Here the reason is not in Andrei Purgin. All disagreements, all misunderstandings that arose among the deputies of the People’s Council of the DPR, appeared not because of Andrei Yevgenyevich, but directly because of Aleksandrov.

Perfectly! This is for me, so a couple of such friends and comrades like Pushilin and enemies are not necessary. We will talk about Aleksandrov’s “root of evil” a little later, there is material. But here it turns out that because of another person, or rather, because of his statements, the deputy, who has the status of immunity, went to the MGB for four days.

Moreover, his spouse, who definitely had no relation to Alexandrov, went with him. And what is absolutely disgraceful, his son was arrested as a bait in order to catch Alexandrov. Who was forced to call his father to tell him where he is. That is, in the MGB.

Somehow, Joseph Vissarionovich said the historical phrase: "Son for the father is not the defendant."

And Pushilin respondent. Here is a deal.

The second lie. The legitimacy of dismissal of Purgin

Here we turn to the documents that Shaftner promised to send. And sent. Here they are.

Here it is necessary to explain such a moment. It was 28 of August that the vote on the coordinating council was to take place, which could have been removed and appointed to the posts of deputies. Changes in the law on the regulation of the National Assembly of the DPR.

Yes, we can say that in the evening, having collected a quorum for voting, the deputies who were displeased with Aleksandrov voted for this bill, approved it, and then, without departing from the ticket office, they also approved Purgin’s resignation. Could this be? Suppose it could.

Here is a link to the People’s Council website: http://dnr-sovet.su/zakonodatelnaya-deyatelnost/prinyatye/zakony/.

I draw attention to the fact that first the law is adopted, then signed by the head of the NPT, then published. And only from the moment of publication it is the law. So it should be according to the Constitution of the DPR. But if you really want, you can not care about her. What, in fact, gentlemen deputies under the leadership of Pushilin did.

Here is a decree signed by Pushilin on that memorable evening.
http://dnr-sovet.su/wp-content/uploads/2015/09/Postanovlenie-333P-NS.pdf.

Pay attention to the wording: "Once back off from ..." Enough. The beginning of lawlessness and lawlessness. They retreated once - it will be necessary, and the second and third time will recede. One deputy (about him a little later, I expect to return to a conversation with him) said: "We were told that this was necessary."

No sooner said than done.

But here's another strange thing. The Constitution of the DPR is called. By the way, Pushilin (as the person who signed the document) refers to it in the resolution. What does the 2 part of the 70 article say? I will give the whole.

2. Resolution of the People’s Council of Donetsk People’s Republic:

I draw your attention to the sub-paragraph 2. Since the deputies were so unhappy with Aleksandrov’s behavior, could they, on the basis of this sub-clause, take and fire him?

And for this it was not worth to fence all that we are seeing to this day. Yes, in the Regulations on the Staff of the National Assembly of the DPR (http://dnr-online.ru/wp-content/uploads/2015/03/Polozheniye_ob_Apparate_Narodnogo_Soveta_DNR.pdf) it is written that the head of the National Assembly appoints and removes the head. But the Constitution is somewhat higher than this provision.

Of course, I could be wrong. And indeed, the whole People's Council Aleksandrov was "too tough". But here are the points of the documents to which Pushilin refers, they say the opposite.

So not Alexandrov was the first goal. And Alexandrov’s dismissal could have been done with much smaller special effects. And do not wait until he leaves the DNI, in order to impute to him and Purgin an attempt to disrupt the meeting. To which they could not arrive precisely because the MGB, on someone's orders, made every effort to prevent Purgin and Alexandrov from getting on it.

On this, in fact, everything. More to talk about. It is unlikely that Zakharchenko in the evening of September 4 stood under the doors of the voting hall with a pen in order to pave the changes and additions to the National Assembly's work regulations. There was nothing urgent, the meeting was postponed, as you can see easily and simply. Miner's day was more important. So all this fuss, started by Pushilin - no more than an illegal fiction. Very reminiscent of the event in Kiev from the recent past.

Again, refer to the preservation sent to me. It already concerns that part which is called a simple fake. That is, we are dealing in general with informational crime, nothing more.

Look at the documents again. No one finds it strange that on September 8 National Assembly DNR starts to report on the work done? Yes, there is nothing strange. That just begs the question, was it the August 28 meeting, or not? Previous documents say there wasn’t. Canceled. Sheftner says there wasn’t, preparing for the holidays. 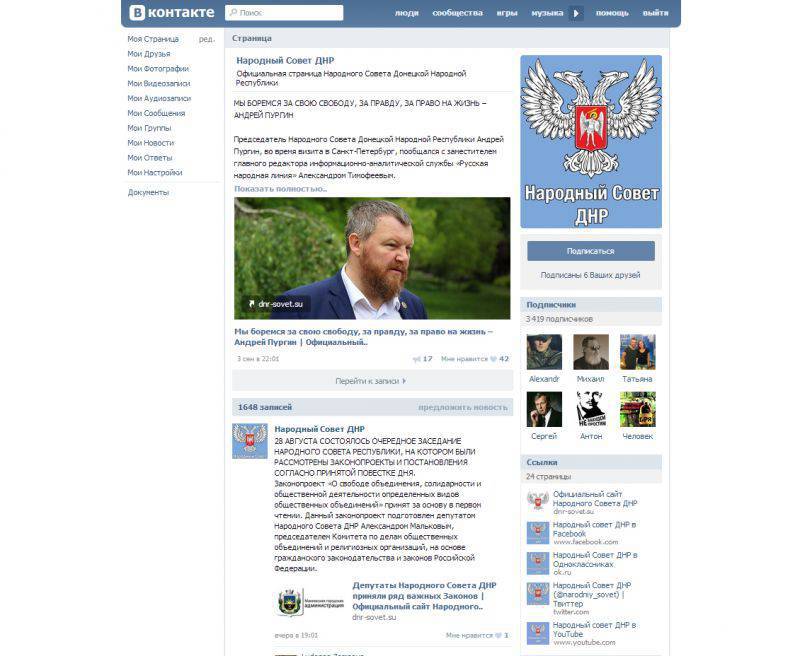 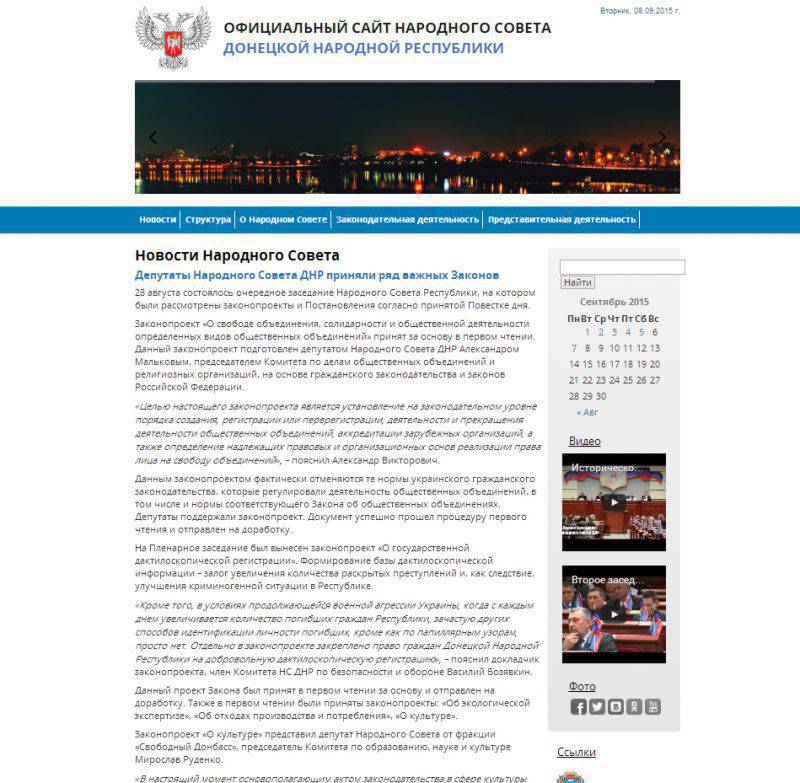 It turns out, was it? Who was present? What did you vote for? Yet the deputies were preparing the upcoming holidays ...

With the facts over. Now allow yourself a little personal.

Mr. Pushilin can be congratulated. By his actions, he caused the DPR such damage, which is probably not comparable with the shelling. Damage in the eyes of Russians who sincerely supported the republic.

For more than a year, we, Russians, personally supported, who with what could, the struggle of the people of Donbass for their future. In our understanding - a bright future. Building people's republics

This is not even the case of Andrei Evgenievich Purgin. The fact is that in this situation, tomorrow this can happen again with another person. The point is no law. The fact is that the law was sacrificed in favor of the interests of a single person. For the good of it, in the name of some higher interests, it doesn't matter.

Having well thought over everything seen and heard, I realized one thing - Mr. Pushilin do not care about the law.

If it were otherwise, there would not be all these lies (and I didn’t bring all the facts of Pushilin’s lies), there would be no arbitrariness in relation to a deputy of the People’s Council, there wouldn’t be all this fussing about.

We absolutely sincerely supported the Donbass. Helped from the heart. We want to see in the end the fraternal PEOPLE republics. Where there is law and order.

For now we see lawlessness and lawlessness. The silence of the first person of the DPR and the blatant lie of the second.

Apparently, Mr. Pushilin has not yet realized that education, for the benefit of which he must work, is a state under construction. Donetsk People's Republic.

And not just another branch of "MMM". 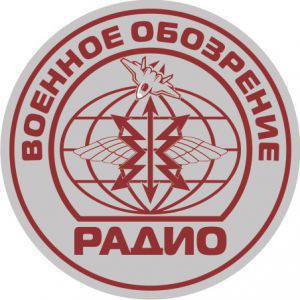 With the end of the summer vacation period, we resume our live broadcasts on Internet radio.

And the first will be devoted to the events taking place in the DPR.

On Thursday, 10 September, Moscow will be broadcast on 19-00 with people who take certain positions in relation to everything that is happening in Ukraine and in the DPR.

These are Yuri / yurasumy and Mikhail / Mikle1, famous columnists.

On the agenda will be issues of the situation in the DPR, Pushilin, Purgin, the struggle for the Russian world.

They will also answer all questions that you have during the transfer.

Questions can be asked in advance in the comments to the topic, marked "question". They will be announced first.

During the broadcast, questions in writing can be asked on Skype radio: topwar_radio.

To hear the broadcast, use the "Radio" button on the top panel.

Ctrl Enter
Noticed oshЫbku Highlight text and press. Ctrl + Enter
We are
Coup in Donetsk. Part of 2. State Emergency Committee in DonetskThe coup in the DNI: who should congratulate? Part of 1
59 comments
Information
Dear reader, to leave comments on the publication, you must to register.