"Half a milli" and the whole life of Pavel Shubin

9 September 2015
4
The lucky man grew up a rural boy Pasha Shubin. He was the smallest in the class in terms of height, and boy friends, constructing a lively pyramid at holidays and sports competitions, sometimes up to the ceiling, always assigned Pashka "top". He never fell. It seemed that luck always went after the boy. Once he fell from the roof of his house - and did not get a single bruise. There was a case, I fell into a well, and here I was lucky, I got off with light bruises. 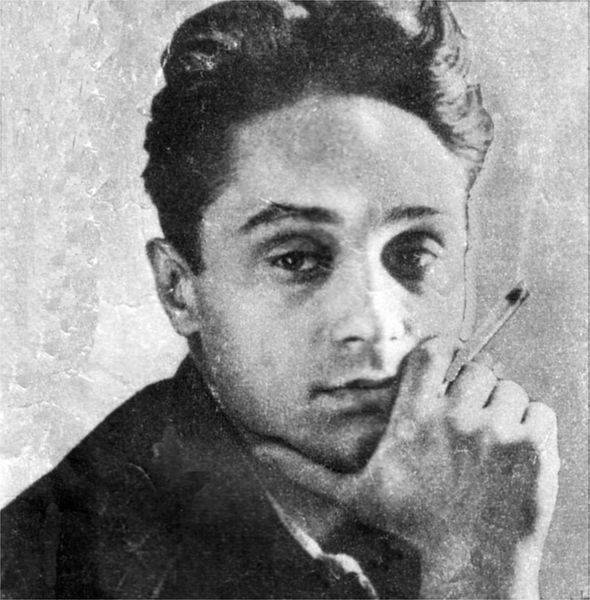 The Shubins family was large - eleven children, Pasha - the youngest, but the most nimble. He and the school, like the hero of the famous story of Leo Tolstoy, left the little one, sneak in from his parents. The teachers, of course, did not want to take a six-year-old. But Pasha boldly began to tell them that he had read and read now. And so struck by the richness of speech of teachers, that he was enrolled immediately in the second class. True, the new student had to be planted at the first desk — he was very small, the head was barely visible above the table.

Shubin studied well in all subjects, but especially he was given literature. I read voraciously everything that came to hand, with the book I spent all my free time.

At the age of fifteen, Pavel moved from his native village of Chernava to Leningrad. He started working as a mechanic, entered the design college. And somehow by themselves, without tension, the verses began to be born to Paul. He realized that his life would now be tied to literature. He became a student of the philological department of the Leningrad Pedagogical Institute named after Herzen.

And then - the Great Patriotic War. Pavel Shubin went to the front in her first days. He became a correspondent of the newspaper "Front Truth" of the Volkhov Front. And although he was prohibited from participating in the fighting, Shubin constantly neglected this prohibition. He participated in all operations of the front: in the winter of the year 1942 with the cavalry corps of General Gusev went through the Germans ’rear to Lyuban, in the spring of 1943 he fought at Meat Bohr, fought for Kirishi and Mgu. He joined the advanced division of General Ovchinnikov, broke through the blockade of Leningrad. In February, 1944 liberated Novgorod, and after the liquidation of the Volkhov Front, participated in all operations of the Karelian Front. And, as in childhood, good luck did not leave Pavel Nikolaevich. One day, wanting to please and treat tortured nurses, Shubin gathered raspberries in a minefield. His horse followed and blew up. In the winter of 1943, Pavel Nikolaevich carried two wounded fellow soldiers on him, taking with them weapon. Moreover, on the way he took the machine guns from several dead Germans and brought in a very good combat reserve.

I must say, for recklessness Shubin often got about the editor of "Front Truth" Alexander Chakovsky.

You were assigned here to write poems, to inspire people with lines, and you play roulette! - Chakovsky was reprimanding the poet. But the state of affairs from these suggestions did not change. Moreover, Shubin decided once and for all to get permission to participate in the battles.

In January 1943, the troops of the Volkhov and Leningrad fronts moved towards each other to begin the operation to break through the blockade ring around Leningrad. These two fronts shared a total of twelve kilometers. However, it was very difficult to pass them. The fascists created powerful defensive structures here: numerous bunkers, trenches, minefields, and bunkers. And all this was covered by artillery and aviation.

However, in spite of all the tricks of the Germans, in the area of ​​the workers' settlement No. XXUMX, at Sinyavino our troops broke through the defenses and finally joined. It was a happy moment, after the attack the fighters rested. And Pavel Shubin went to give an explanation to General Shtykov.

- Who gave you the order to go on the attack? - thundered the general. - I have you under the tribunal! There are no correspondents in the newspaper, everyone is torn into battle!
But Shubin was not embarrassed:
- Comrade General, how could I go back alone when everyone went forward! - he said.
And no one reprimanded Pavel Nikolayevich for unauthorized participation in battles.

And poems, meanwhile, were born almost every day. In the trenches, on stumps, on his knees. In the evenings, he read them to his fellow soldiers. The “Volkhovskaya drinking table” fighters (now considered by many to be folk) and “Half-Hatch” especially liked.

No, not to gray hair, not to glory
I would like to extend my age.
I would only get to that ditch
Half a half, half a step to live.
Snuggle to the ground and in the azure
July clear day
See grin embrasures
And sharp flashes of fire.
I would only have this grenade
Malevolently putting on a platoon
Push it in, cut it right
Four damn bunker.
So that it becomes empty and quiet,
So that the dust he settled in the grass ...
Would I live this half a hm
And there I will live a hundred years!

These lines were born in the autumn of 1943, under the Mga station. Here the Nazis created a defense of numerous bunkers. And Pavel Nikolaevich at this time was in the 165 th infantry division of Lieutenant Sivak and witnessed the feat of three of our fighters: senior sergeants Lyutikov and Smirny and private Zubkov. The three soldiers destroyed several bunkers at once, without spending a single extra grenade.

After the fight, Shubin sat down with him and asked:
- Guys, what did you feel at that time?
The fighters told. And in the morning of the next day a new poem was already written in the notebook of Pavel Nikolaevich. It instantly became a favorite. The fighters memorized the lines by heart, quoted them in their letters.

And Pavel Nikolaevich wrote a lot of letters home. But one история with the letter stands apart in his biography.
In the village of Izmalkovo (not far from this village is located Chernava, where Shubin was born) lived postman Yakov Nikolayevich - unfortunately, his name is now unknown. His fellow villagers called him simply Uncle Jacob.

Uncle Jacob’s postman’s bag was often overloaded. And once in the winter of 1942, the mail had to be delivered almost at night. It was dark around - even if the eye if! That pleased Yakov Nikolaevich in the polynya. And when I got ashore, I found that my bag was wet. I had to go back home and dry the letters.

“Almost everyone has already dried up,” Yakov Nikolayevich recalled, “and here I see: you cannot disassemble one address.” I read: from Shubin. I thought: "Where now to send the letter?" I decided to open and read. Maybe, according to, I guess who it is addressed to? I take the letter and see - poems! I couldn’t make out the words, only a few: "Sleep, far away, there on Kama, I was disturbing you in vain. Sleep!" “Wow! - I thought. - A letter was sent to the wrong address! And there is Kama, there is no such river in our area!” And then I looked carefully at the letters on the envelope ... And there are two whole addresses: Chernava and Leningrad. And nothing more…

In the morning I showed a letter to my friend. Then they read these verses all over the village, they already understood that it was our Pavel who composed it. And then they sent to Leningrad without specifying the street and the house so that all of Leningrad could read too ...

There is a poem in the collection of Shubin with such lines. It is called "This Midnight". But why he did not specify the exact address, now it will remain unknown ...

The war is over. Frontman Shubin, awarded the Order of the Patriotic War 2-th degree and the Red Star and numerous medals, returned home. He would "live another hundred years," but his heart could not stand it. Stopped overnight when 37-year-old Pavel Nikolaevich sat down on a bench ...