The Trans-Pacific Economic Initiative, initiated by the United States, consisting of a dozen countries and territories in the region, excluding Russia and China, in fact implies the creation of a kind of eastern NATO.

Its basis is the military-political bloc ANZUS (Australia, New Zealand, the United States) and a similar alliance ANZUK (with Great Britain instead of the United States). In any case, the number of bilateral and trilateral military exercises in the ANZUS over the years 2013 – 2015 has almost doubled. 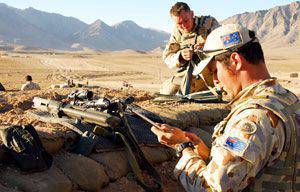 With 2013, representatives of the British Ministry of Defense regularly attend. Since the beginning of 2014, this agency has been conducting increasingly frequent consultations with partners from Canberra and Wellington on the subject of intensifying military cooperation and, accordingly, restoring the ANZYUK block. According to available information, such consultations took place in June in Adamstown, the administrative center of the British islands of Pitcairn, located in the southeastern sector of the Pacific Ocean, near the sea borders of Chile. That is, ANZUK's sphere of interests extends over the vast part of the water area.

Meanwhile, the American media are increasingly saying that Russia and China are “in need” of more active military and political deterrence. According to the same sources, the growing political and economic activity of Beijing in the Pacific countries, including the island countries, represents a real threat to the strategic interests of the United States and its allies in the Pacific basin. The strengthening of China’s positions on the disputed Spratly Islands (South China Sea), where large reserves of oil (up to 55 billion barrels) and natural gas (over 30 trillion cubic meters) are explored in Washington, is similar. For example, American analyst Kate Johnson in Foreign Policy (USA) 23 July noted that “as part of a broad strategy to maintain equilibrium in South Asia, the US is trying to pay special attention to the South China Sea, which provides for a closer military alliance with Australia, Japan and the Philippines . Meanwhile, China’s actions can have enormous implications for international law: reefs, cliffs and islands bring various benefits to their owners, and issues of sovereignty and the division of billions of barrels of oil remain to be resolved. If the Chinese outposts receive the legal status of the islands, it will give Beijing the right to exploit the rich deposits in hundreds of kilometers of water claimed by other countries. ” In a broader context, "geopolitical changes are especially noticeable in the South China Sea, an old hot spot where China is gaining strength, faced with nervous Asian neighbors and worried about the American hegemon."

Over the past two and a half years, PRC investments in the economies of Southeast Asia have increased by more than a third, exceeding 300 billion dollars in total. In the Pacific, including Australia, New Zealand and Papua New Guinea, Beijing’s investments almost doubled over the same period, reaching 70 billions of dollars. Neither the USA, nor Japan, nor the European Union can compete with such amounts.

Meanwhile, the United States in the region, along with ANZUS and bilateral agreements or memorandums on mutual military aid or military-technical cooperation (with Japan, South Korea, Taiwan, Indonesia, the Philippines, Australia, New Zealand, with a number of island countries). In the same basin, we recall, are the Federated States of Micronesia and the Republic of the Marshall Islands, where there are a lot of US military and intelligence facilities that are also located on the US Northern Mariana Islands, Guam and East Samoa. In short, the ground for enhancing the presence of the Pentagon in many sectors of the Pacific Ocean is the most fertile ...

As for the ANZUS block, its creation agreement was signed in San Francisco on September 1 on 1951 and entered into force on April 29 on 1952. It is characteristic that on the same dates a peace treaty was signed with Japan.

At the beginning of 1978, the Indian Ocean basin was included in the scope of the block. In addition, in 1971, Australia and New Zealand jointly established a similar bloc with the UK - ANZUK. True, it was officially dissolved at the end of 1975, but the military cooperation between the participants was preserved. Some Australian and New Zealand media recently reported that in London they are initiating a draft general treaty on military security within the framework of the British Commonwealth of Nations. And the base structure is scheduled ANZUK, which is planned to be recreated.

For geographic reasons, all these plans and structures will already be a military-political support of the Trans-Pacific Partnership (CCI) - a large free-trade zone initiated by the United States. By the end of 2016, it is planned to sign an agreement on the CCI. It involves 14 Pacific countries and territories - without the Russian Federation, China. And also without France, which has almost half of the islands in the central and southern water areas, Indonesia, Thailand, Cambodia, Laos, North Korea, the majority of representatives of Latin America ...

Obviously, the United States will dominate this "partnership." Which, judging by the composition, is intended to counteract the strengthening in the region of political and economic positions, first of all, Russia and China.

Marshall's notorious plan, seemingly economic, was accompanied by the formation of the Western European Military Union, and later the NATO bloc. It seems that the same military-political scheme, judging by the trends in ANZUS and ANZUK, will be repeated by the Trans-Pacific Partnership.