9 September 2015
30
During the construction work of the bridge across the Kerch Strait, a team of hydrologists discovered the attack aircraft Il-2. When the plane was able to lift on board the ship, the remains of the pilot were found in the cockpit. 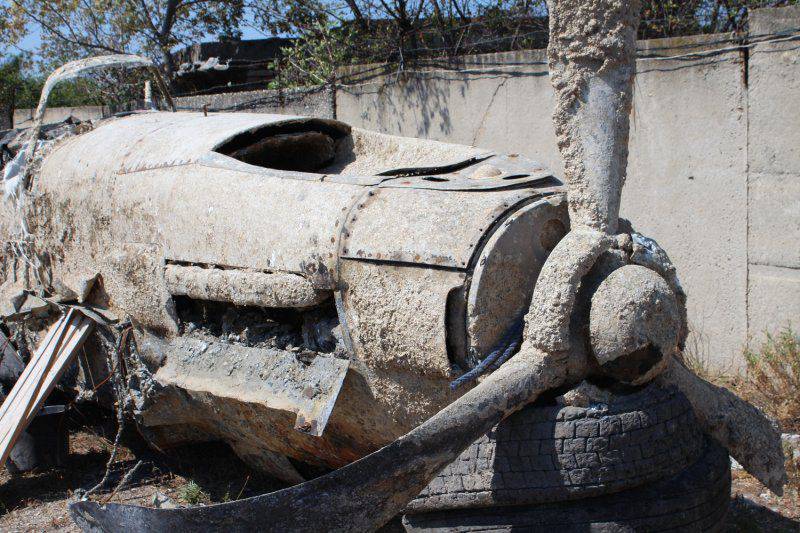 Directly on board the ship called the search engines, the main work on the survey aircraft was given to them. Police officers seized a pistol "TT" - regular weapon the pilots.

Alexander Shimkiv, from Podvig, Gelendzhik military-industrial complex, conducted a preliminary examination of the combat vehicle. The fate of the second crew member - the arrow, is still unknown. The fuselage of the aircraft is broken just around the cockpit shooter.

On August 18, the attack aircraft will be delivered to the base in Gelendzhik, where the search engines will exhume the remains of the pilot from the cockpit, in the presence of the clergyman, with the departure of the Christian rite. Next, work will begin on identifying aircraft and engine numbers. After they are established, specialists in aviation WWII - the search engines of the "Kuban bridgehead." They will carry out documentary and archival work to establish the affiliation of the IL-2 to the aircraft part, to identify the circumstances of the death of the aircraft, to establish the names of crew members. 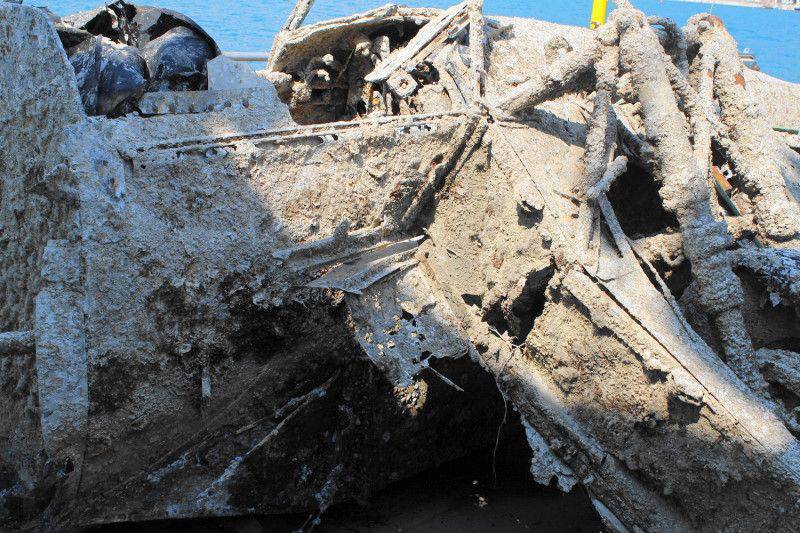 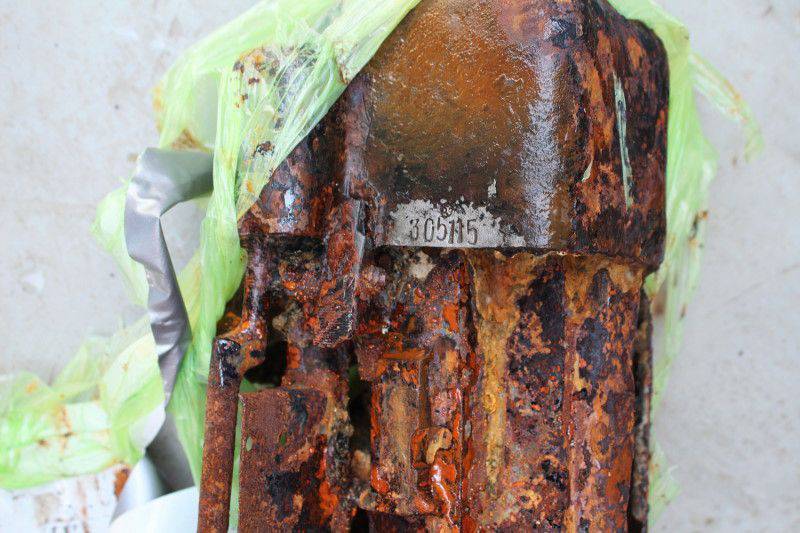 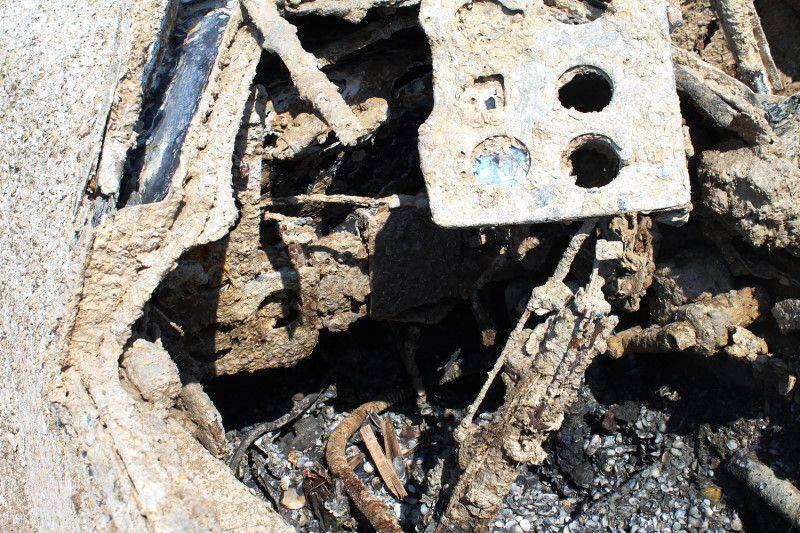 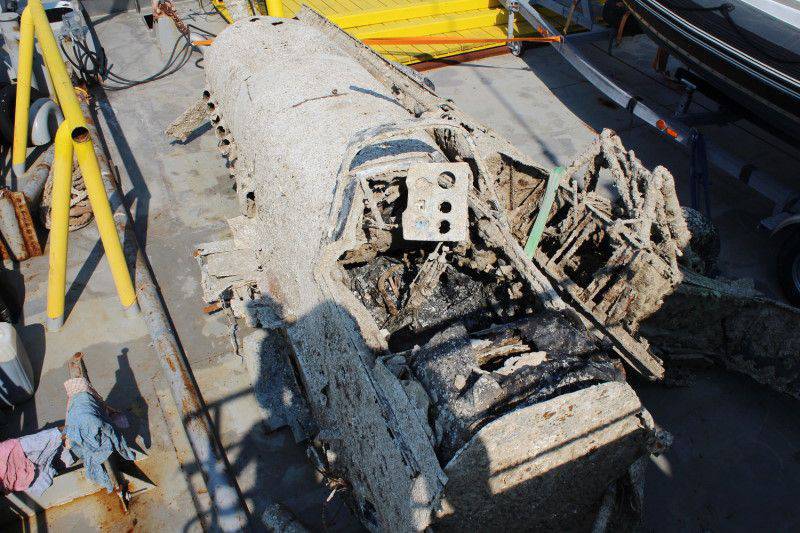 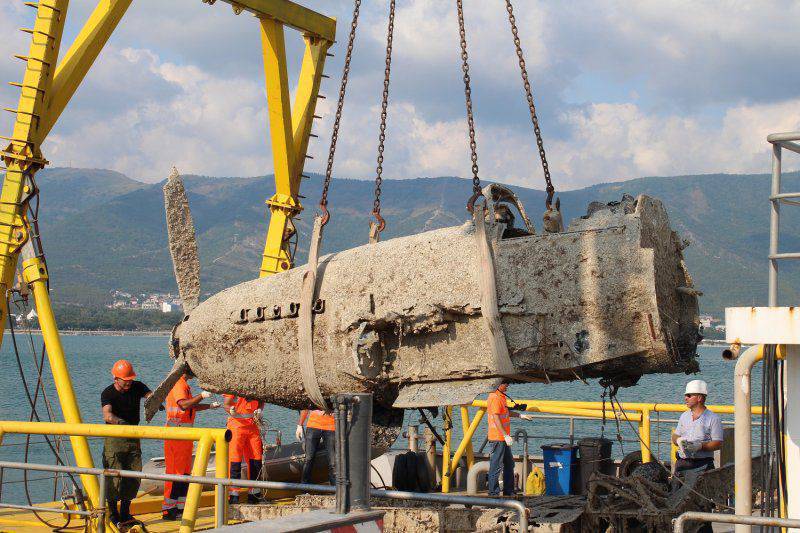 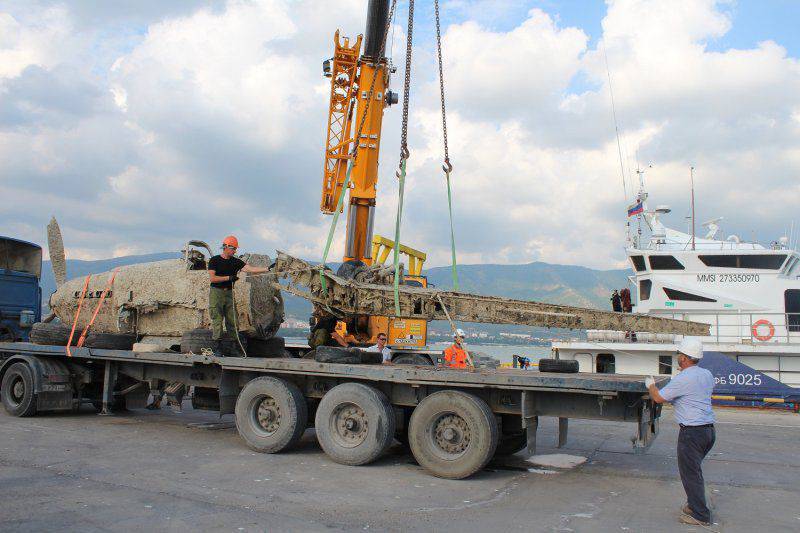 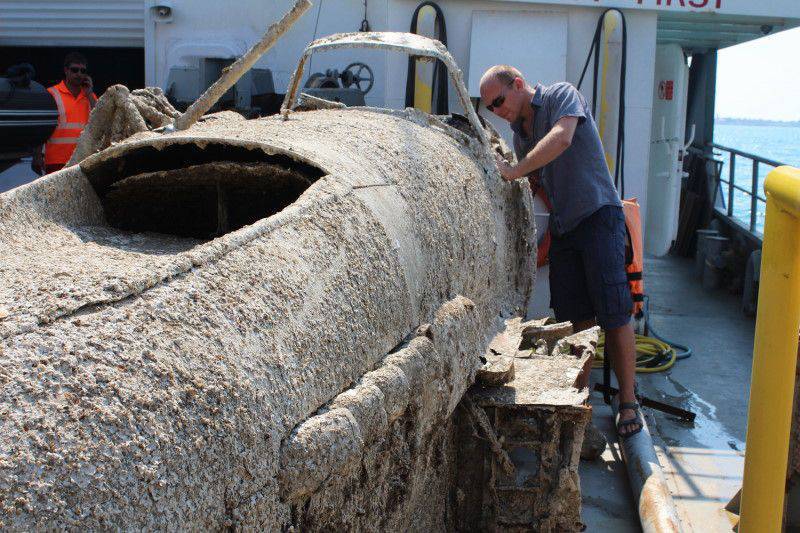 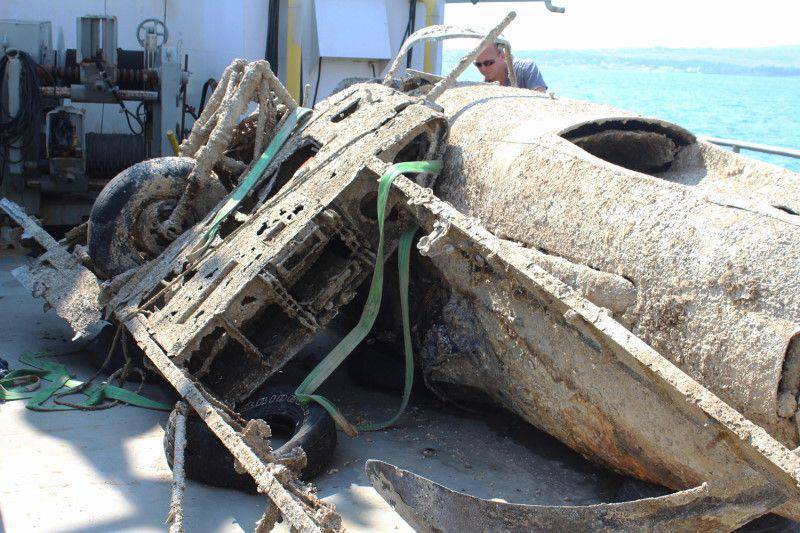 Set the number of aircraft and engine. And in the cockpit, among the remains of the pilot, an important find was waiting for the search engines.

The aircraft was delivered to the base in Gelendzhik, where search engines took up the exhumation of the remains of the pilot and identifying the number of the engine and the aircraft. The engine hood opened easily enough, even though the fighting machine had lain for seven decades at the bottom of the strait. And here it is, the first moment of truth. Engine number attack aircraft. 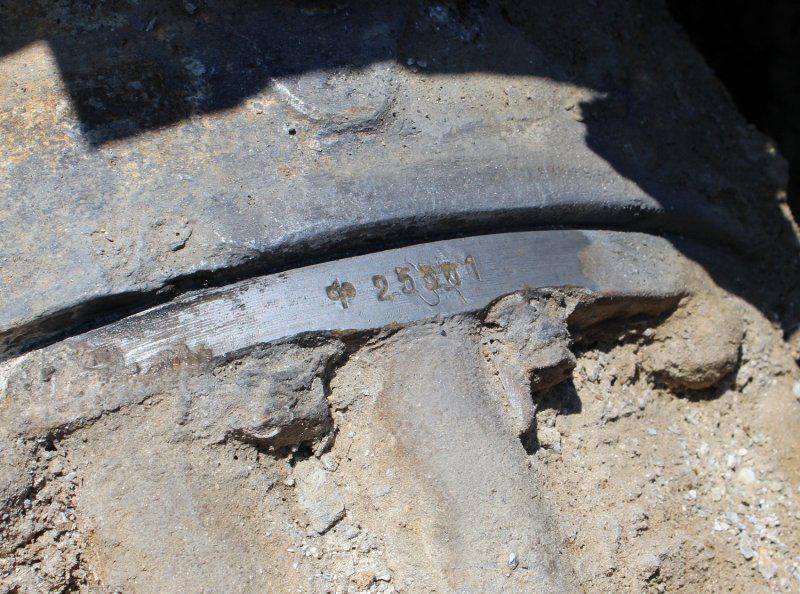 This is already the time of the advance of our troops in the Crimea. The database of aircraft available at the Kuban bridgehead is being checked. It turns out the following. There is no such aircraft in the 4th Air Army, most likely it naval, and on the Black Sea Fleet, the base is very modest. A request is sent to the archive. 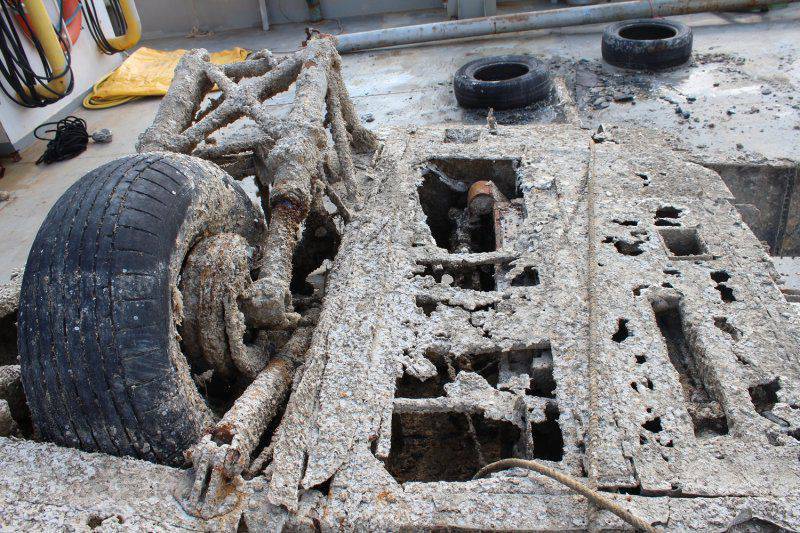 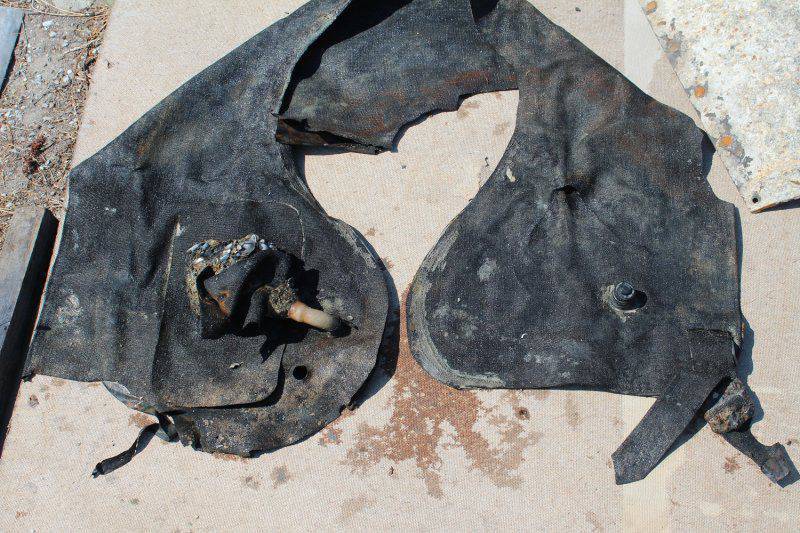 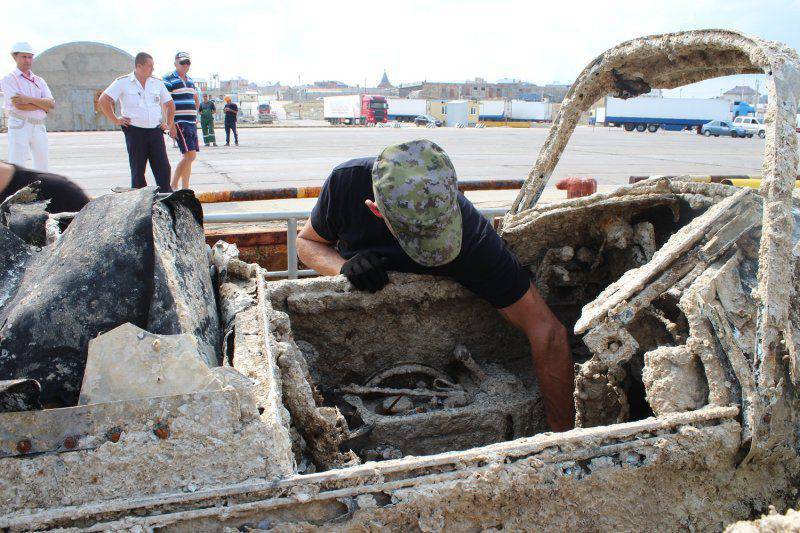 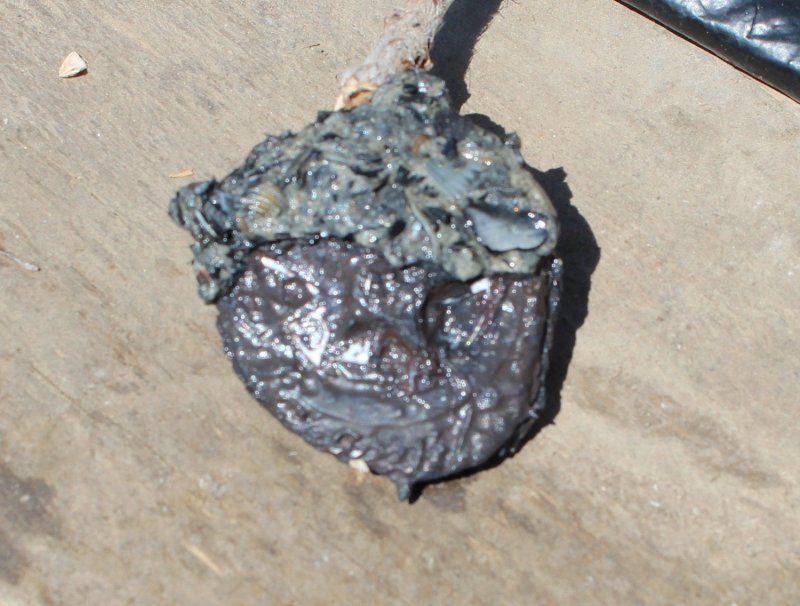 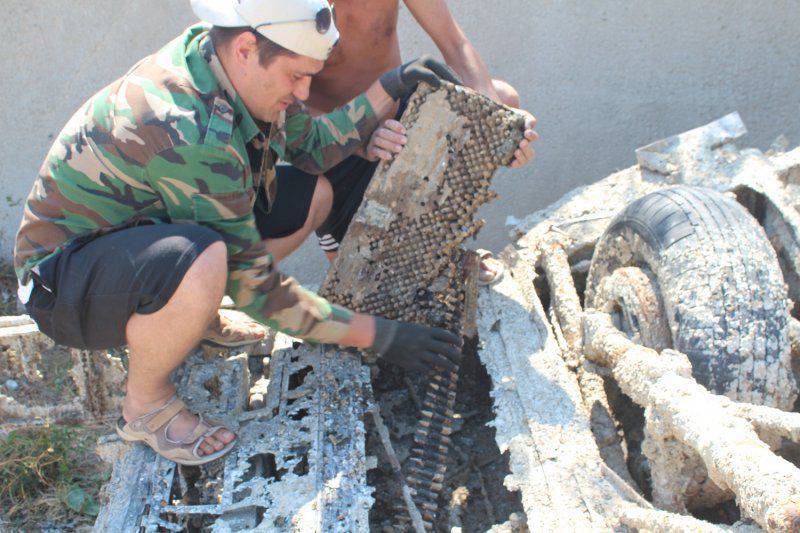 Scrupulous disassembling of a hodgepodge of parts, sediments in the cabin. The pilot's chest was located inside the life jacket in the pedal area. Among the ribs found the Order of the Battle of the Red Banner.

The condition is very bad, when trying to clean it from growths, the edges break off, the number is not readable. Order was temporarily mothballed in fresh water. At the weekend, they will work with him. It is hoped that it will be possible to establish its number. And according to it - already the name of the pilot.

Since this IL-2 of the later editions is already two-fold. Behind the cockpit was a cockpit shooter. The fact that he fought to the last bullet, said completely spent ammunition to the machine gun UBS. Ammunition machineguns, which managed the pilot consumed by half. Obviously, the attack aircraft was attacked by enemy aircraft from the tail, and during the battle, most likely the pilot was killed or mortally wounded. The fate of the arrow is still unknown. Whether he died with the plane, or had time to throw himself out with a parachute, archival documents can tell.

Only a few days passed, and now, by common efforts of the search engines, the names of the Il-2 attack aircraft crew found at the bottom of the Kerch Strait were established.

After just a few days, the names of the deceased crew are set. Let me remind you that in the cockpit were found the remains of the pilot, the Order of the Battle of the Red Banner. Unfortunately, the rear part of the aircraft was missing, therefore, the fate of the second crew member, the gunner-radio operator, remained unknown. The attack engine's engine number was discovered after cleaning the aircraft and the engine.

It all started with information sent by search engines. Aviation specialists of the Great Patriotic War from all over the country joined the documentary search:

But we will continue the documentary search.
For now, having initial information, it was already easier to find documents. 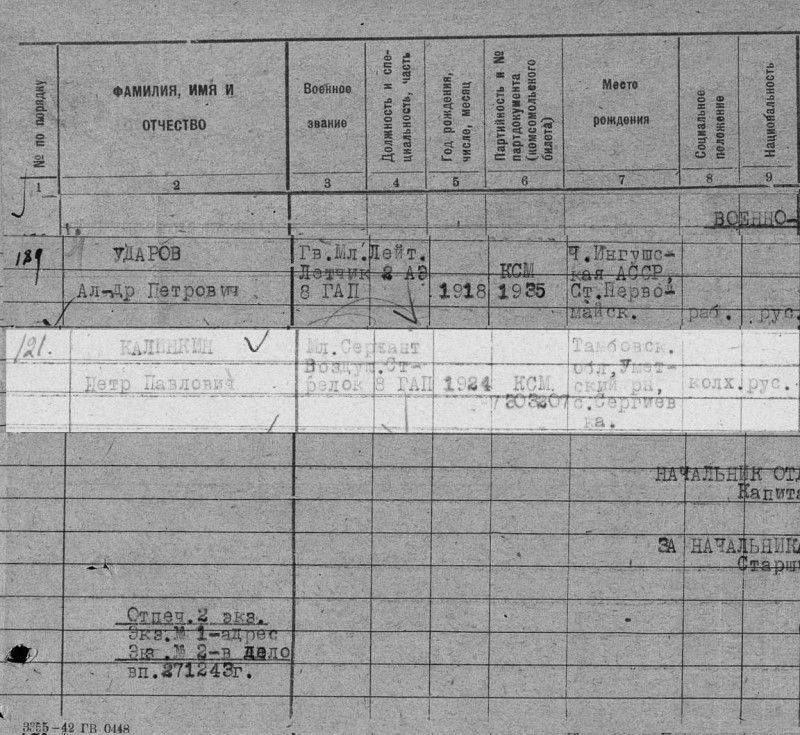 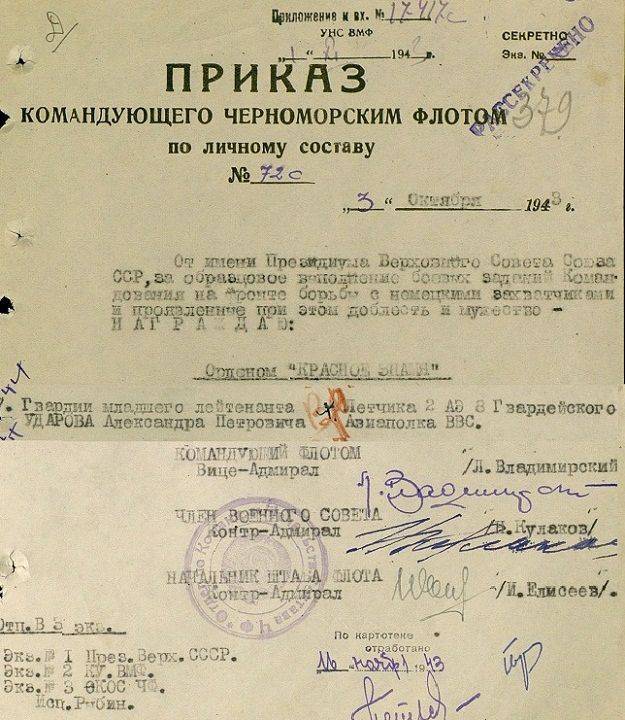 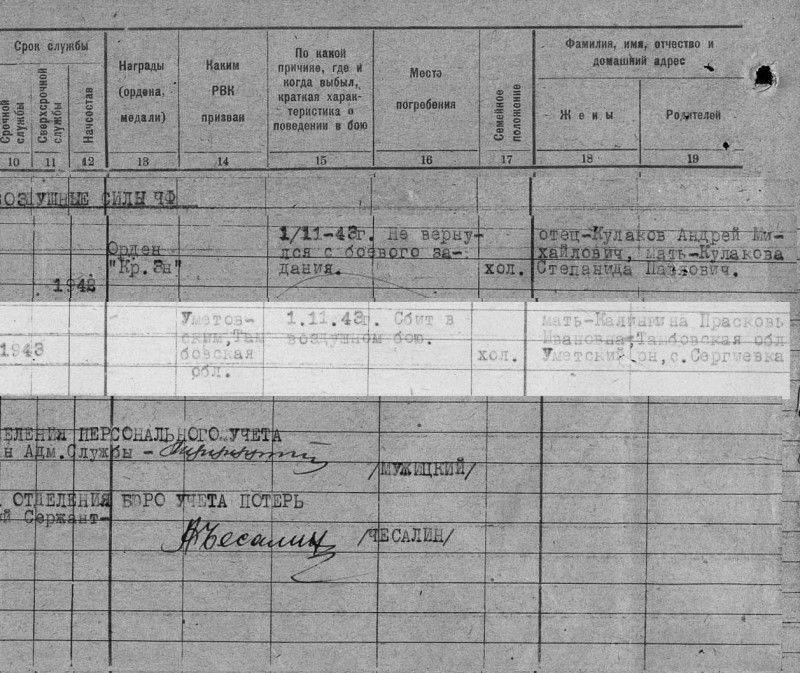 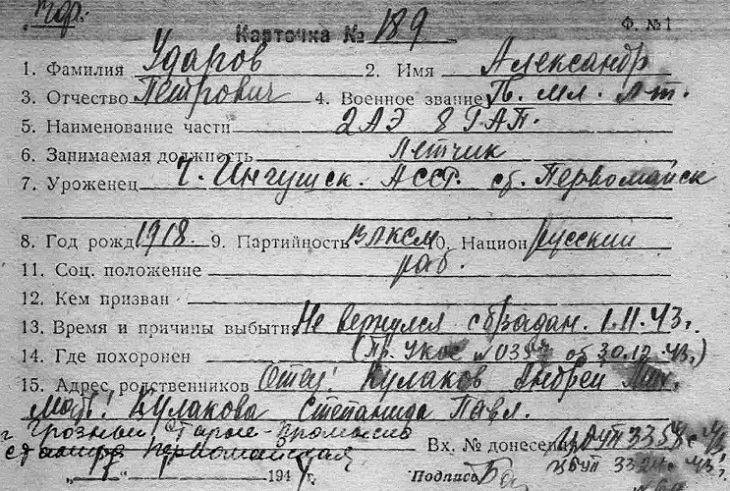 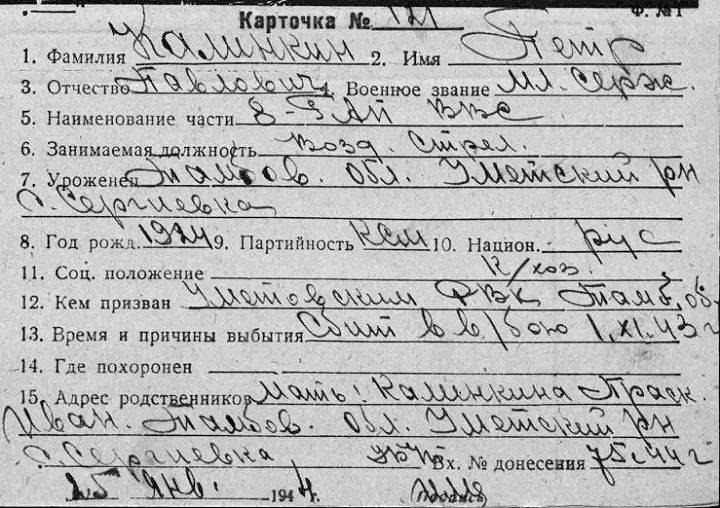 This order was found in the attack cabin, among the remains of the pilot.
About the battle path of Alexander Udarov tell lines from the order of award. 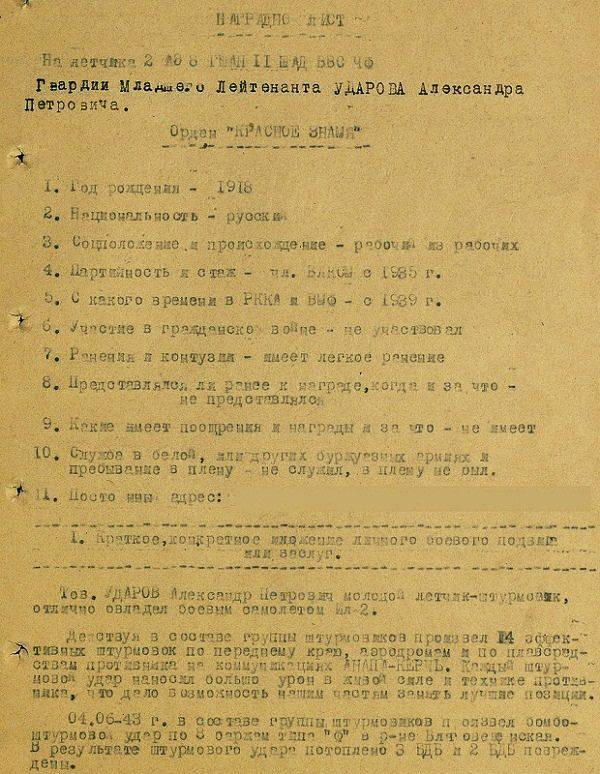 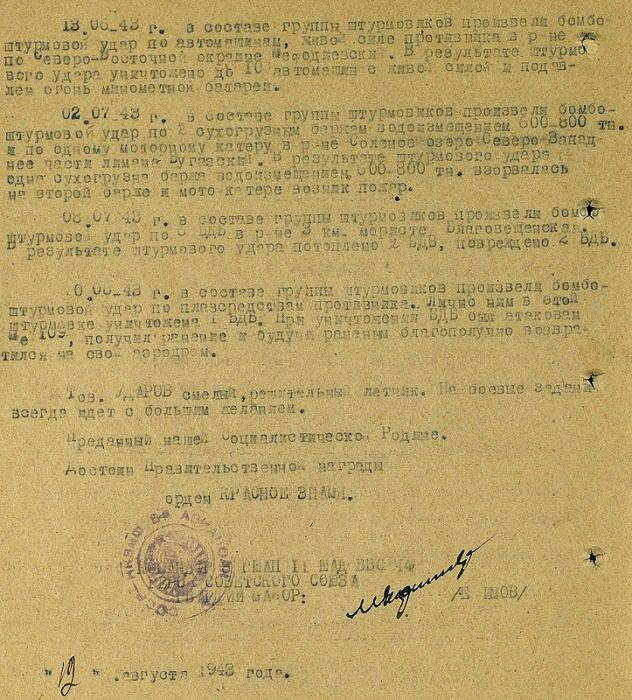 After the award ceremony, Alexander Udarov and his arrow Peter Kalinkin had only one month to live and fight ...
Work has begun on finding the relatives of the deceased crew.

At the time of his death, Alexander Udarov was 25 years old, Peter Kalinkin was 19 ...
Eternal memory to the heroes who died defending their homeland.

Ctrl Enter
Noticed oshЫbku Highlight text and press. Ctrl + Enter
We are
Results of anti-terrorist work on Dagestan in April 2014The remains of 260 soldiers found near Smolensk
Military Reviewin Yandex News
Military Reviewin Google News
30 comments
Information
Dear reader, to leave comments on the publication, you must to register.