9 September 2015
32
Events in Moldova more and more resemble a cheap TV series, where the authors are desperately trying to delay the final, which is already known to everyone in advance. For us, Russians, it does not matter what slogans are the protesters in Chisinau: whether it is the resignation of the president, the return of a stolen billion euros, or the protection of pets from abuse. For us, only a specific goal is important, which is pursued by external forces, leading people to the streets with posters printed in the printing houses. The anti-Russian force of the “color revolution” on the square opposes another anti-Russian force dominated by the republic. For both Transdniestria and the Russian Federation both forces are hostile, and the question is quite natural: if the government in Chisinau is anti-Russian, then why should the Western “supervisors” change it? 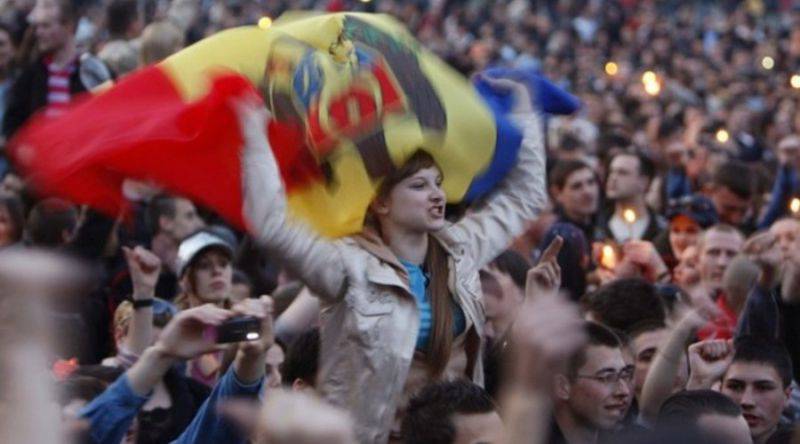 In fact, the answer lies on the surface. The current leadership of Moldova, despite its pro-Western orientation, is not in a hurry to fulfill the directives on escalating the conflict on the Dniester. The elite has accumulated property and capital, accustomed to power. And power and money love peace. Americans, who have a vested interest in a regional conflict, need someone younger, more zealous, and not so attached to his chair. Anyone who can give the army the necessary orders. Ukrainian events have convinced overseas analysts of the simple truth: you can not give puppets to grow rich, because wealth gives the resource to disobedience.

The current ruling class apparently understands everything perfectly and is trying to react in its own way. Not so long ago, Moldovan President Nicolae Timofti proclaimed counterproductive statements that the development of the army is contrary to the principles of democracy and peace.

“Until recently, we have advanced the idea that the development and improvement of the national army is contrary to the principles of peace and democracy in Moldova. Such statements are false and counterproductive, - cite the Moldovan media leader. - We must be prepared to defend our state. First of all, because to this day foreign troops are on the territory of Moldova, and the Russian Federation continues to support the anti-constitutional and anti-state self-proclaimed regime in Transnistria. ”

Translating from political to ordinary language, it can be stated that the current leadership of Moldova is seriously alarmed by the protest events on the streets and desperately notifies the outside world about its readiness to fight with Transnistria and Russia. “We will do everything, but do not overthrow us!” - this is the message that sounds in the words of the Moldovan president. Whether this is really so and whether high patrons are ready to listen to him, we will find out soon.

The ban on the activities of the Russian military attache, as well as the difficulties created for the Russian media, should also be perceived through the letter and spirit of such statements.

The goals of the United States are still seen as follows: a change of leadership in the republic through a violent coup and the creation of revolutionary chaos. Any revolution, as is known, needs to be exported. The direction for exporting a hypothetical Moldovan revolution can be only one - Transnistria. And here we come to what has been repeatedly written over the past year and a half. Before Transnistria, Russia has legal obligations, moreover, there are Russian troops there, an attack on which is considered an attack on the Russian Federation with all the ensuing consequences. We have already mentioned some obvious difficulties that distinguish the possible Transnistrian theater of military operations from the South Ossetian one. The main difference is the lack of common borders, which will force Russia to break through the corridor in one form or another through the openly hostile Ukraine.

What is happening in Moldova almost unambiguously highlights the American intention regarding the Transnistrian conflict. The main shock role in it will be assigned to the Moldovan units, and not at all to the Ukrainian ones, as previously thought. The latter, apparently, will also play their part in the implementation of the blockade and the carrying out of auxiliary operations, but their main purpose is to meet the Russian group, which will be sent to help Transdniestrians. By this time, the people's republics of Donbass, according to the Kiev interpretation of the Minsk agreements, are subject to liquidation.

So the idea is clear. And what about Russia? Having rejected the idea of ​​creating a large Novorossia, the Russian leadership found itself in a difficult position. In the event of a sharp aggravation of the military situation of the Transdnistrian Moldavian Republic, the Russian Armed Forces will have to act in extremely negative strategic conditions against an enemy who is ready to strike and is waiting for him in a particular sector. All this will take place in an atmosphere of the most severe foreign policy blockade and with the glowing points of tension that Russia has scattered throughout the continent. Needless to say, almost at the same time as Moldova, Tajikistan also flared - fortunately, locally and for a short time. But this is also quite a cause for concern, because we are hardly ready to extinguish fires in several directions at once in several directions.

So far, it is sufficient to simply observe the course of the Moldovan confrontation, collecting information about the statements and actions of the main actors. This information can be useful at any time when the period of peaceful standing in the squares comes to an end.

Ctrl Enter
Noticed oshЫbku Highlight text and press. Ctrl + Enter
We are
Moldova may be under the heel of TransnistriaNew US Democratic Approach in Moldova: Unite and Conquer
32 comments
Information
Dear reader, to leave comments on the publication, you must to register.