In Kharkov, desecrated steles dedicated to the memory of Red Army soldiers

8 September 2015
33
Kharkov portal "City Watch" It comes out with a material in which it is said that stelae dedicated to the memory of the executed Red Army men by unknown persons were painted with Nazi symbols and crossed-out images of a sickle and hammer. Apparently, this is another step of the so-called “de-communization” of Ukraine, in which extremist organizations, including neo-Nazi groups, take the most active part.


Stelae in memory of the executed Red Army soldiers in Kharkov are located on Galana Street. 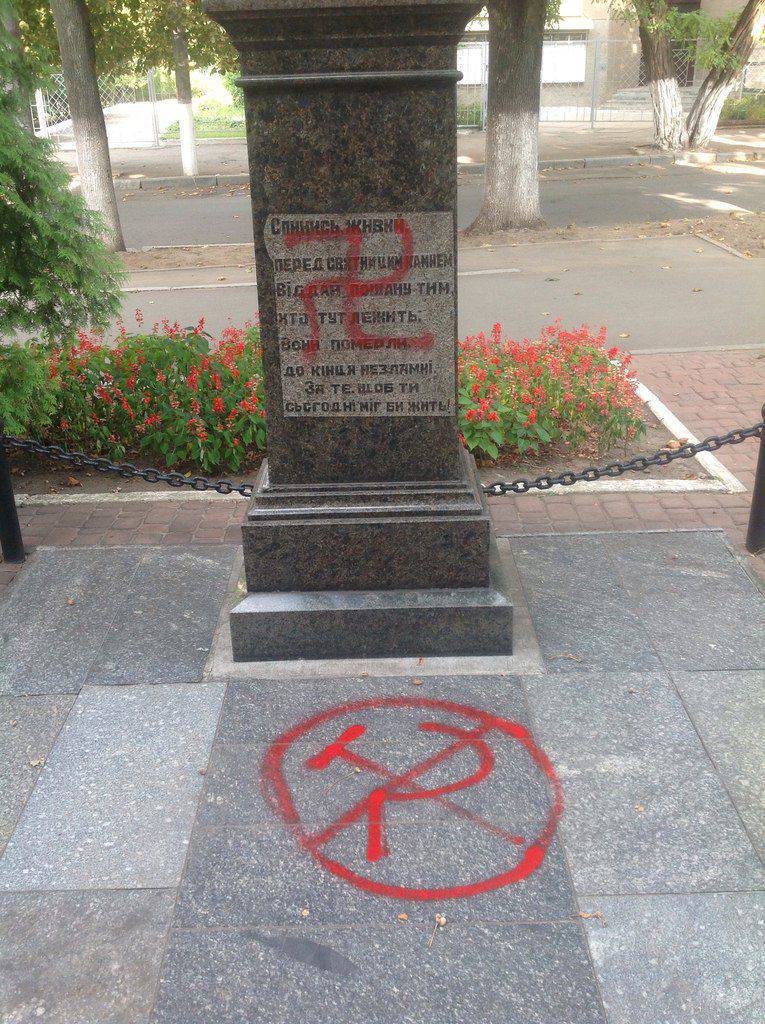 The City Watch portal writes that representatives of local law enforcement agencies so far refuse to comment on the incident, saying that “comments may appear later.”

This is not the first case of desecration of graves and memorials dedicated to the soldiers of the Red Army in Ukraine. Earlier, acts of vandalism were recorded in Zaporizhia, Kiev, Odessa, Lviv, and other “Square” cities. So far, nobody has incurred any responsibility for any such act, as the authorities of the country continue their flirting with the radicals.

Ctrl Enter
Noticed oshЫbku Highlight text and press. Ctrl + Enter
We are
Results of the week. "Who you are lucky, in fact, and will carry a cock, and such a bird as you, I, too, will rush!"
33 comments
Information
Dear reader, to leave comments on the publication, you must to register.