12 September 2015
268
99 years ago, 6 September 1916, the Bulgarian army invaded Romania and attacked Russian troops, who were there in accordance with the Russian-Romanian alliance treaty. Thus, the Bulgarians once again clearly showed that the theses about the "Orthodox brotherhood", "Slavic unity", and indeed about any "brotherly" peoples are only propaganda deception, or - naive and empty dreams.
As soon as the Germans promised Bulgaria for joining the war, solid chunks of the territories of neighboring states were on their side, as Bulgarian “brothers” without remorse attacked their neighbors, and at the same time those who liberated them from the Turkish yoke. And characteristically - attacked together with the Turks. It is equally significant that just four years before, Bulgaria fiercely fought against Turkey, and Russia provided financial, diplomatic and humanitarian assistance to it.

In general, there is no fraternity between nations divided by lines of state borders; they can only have temporary coincidences of interests, or relations characteristic of vassals and overlords. And this also applies to those peoples who previously lived in the same state, but then decided to disperse and dissociate themselves from each other. I think there is no need to cite modern examples. 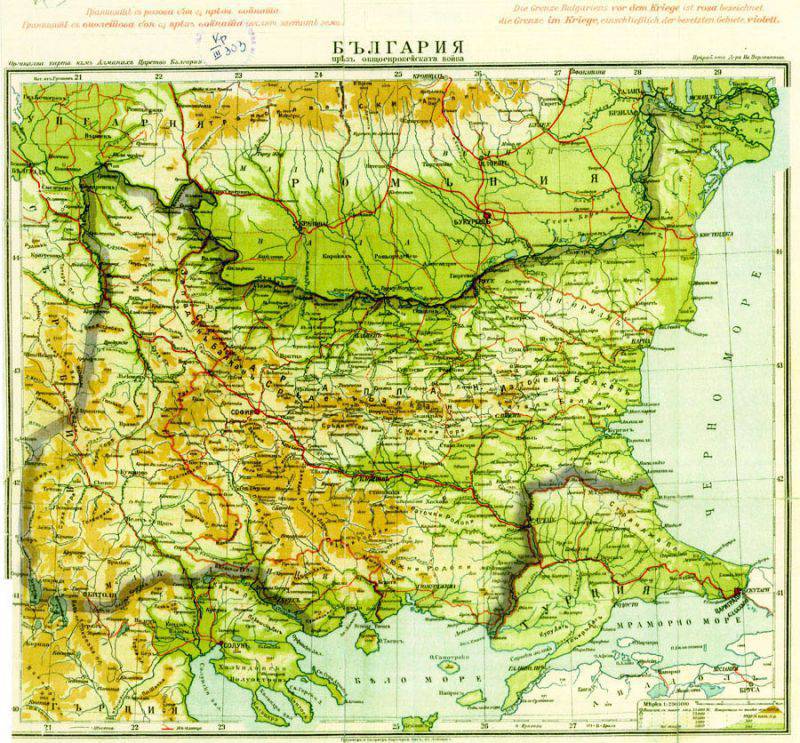 "Great Bulgaria" within the boundaries of 1917 of the year, with territories seized from Serbia, Romania and Greece. True, she owned these territories for less than two years, and then, as a result of defeat in World War I, lost not only them, but also a significant part of her own pre-war possessions. This was not the first time when, in strict accordance with the well-known saying, greed killed the Bulgarian fraer, but not the last. In World War II история repeated 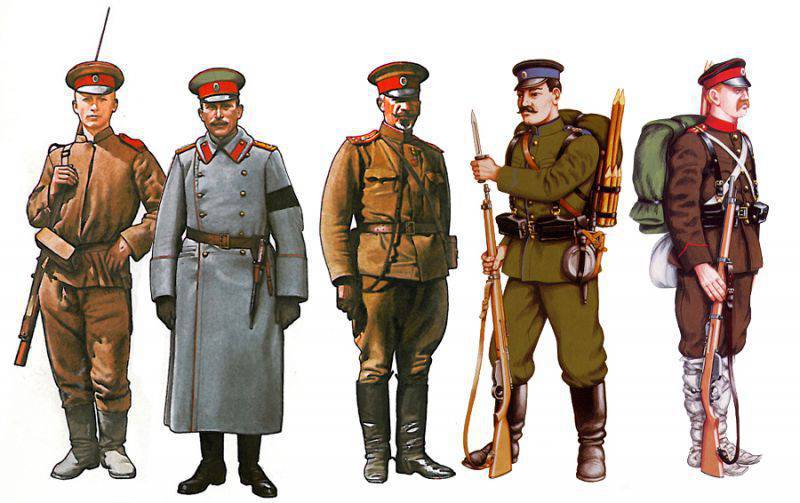 At the beginning of World War I, the Bulgarian army in uniform and equipment was very similar to the Russian one. 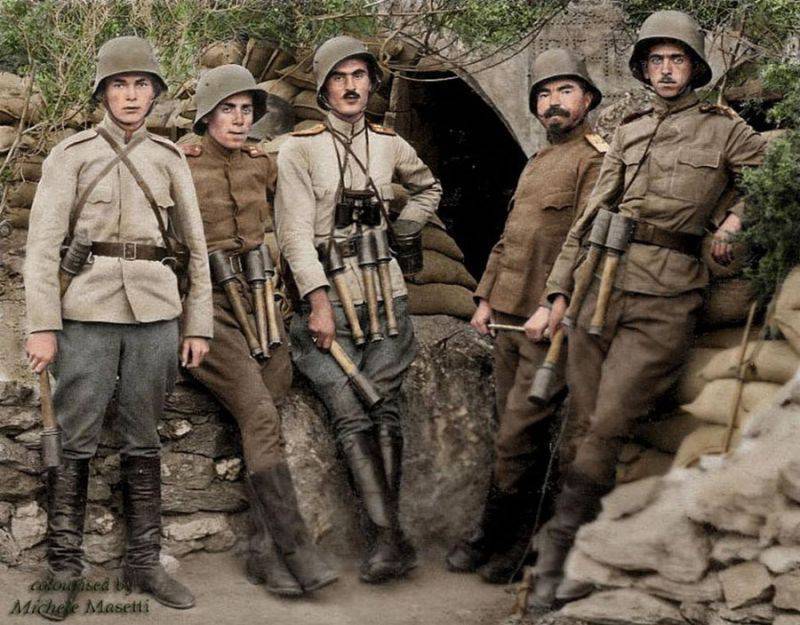 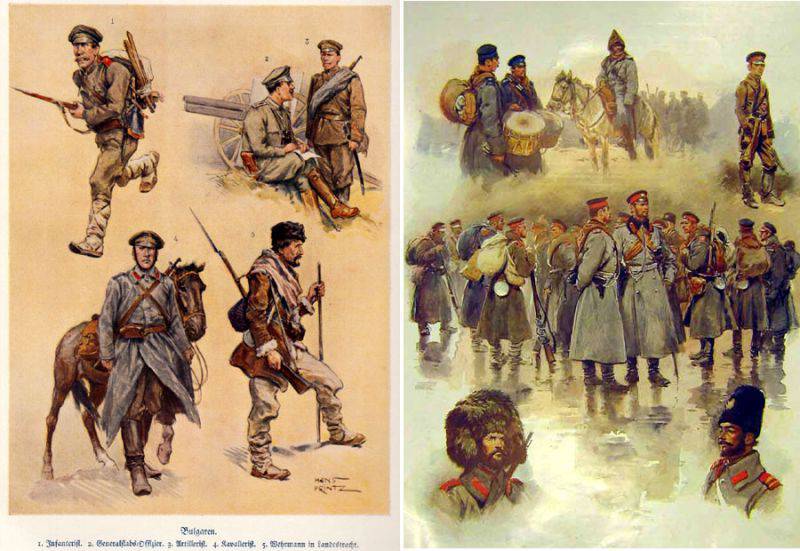 German pictures with images of the latter-day Bulgarian "helpers." 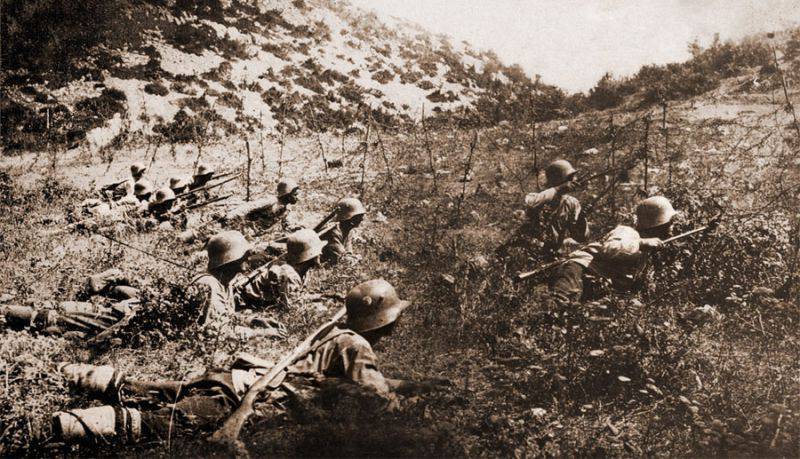 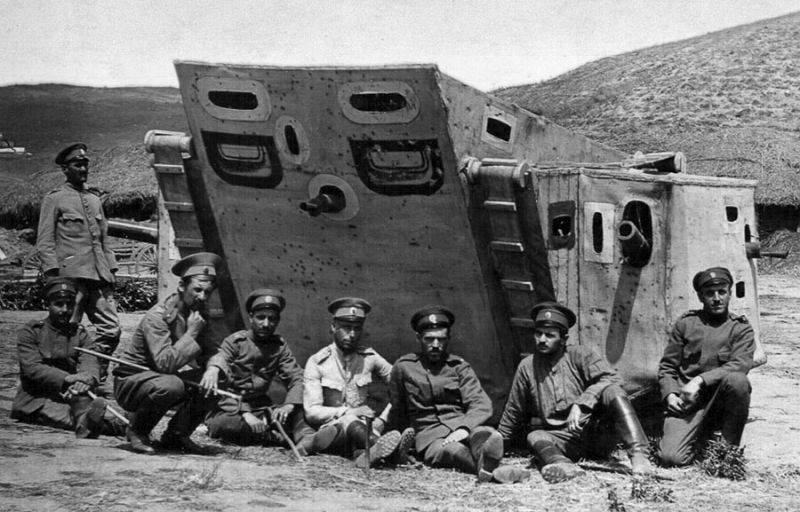 Bulgarian tank crews with a formidable a tank own manufacture.

Bulgarian King Ferdinand and the German Kaiser Wilhelm take the parade of the Bulgarian troops. 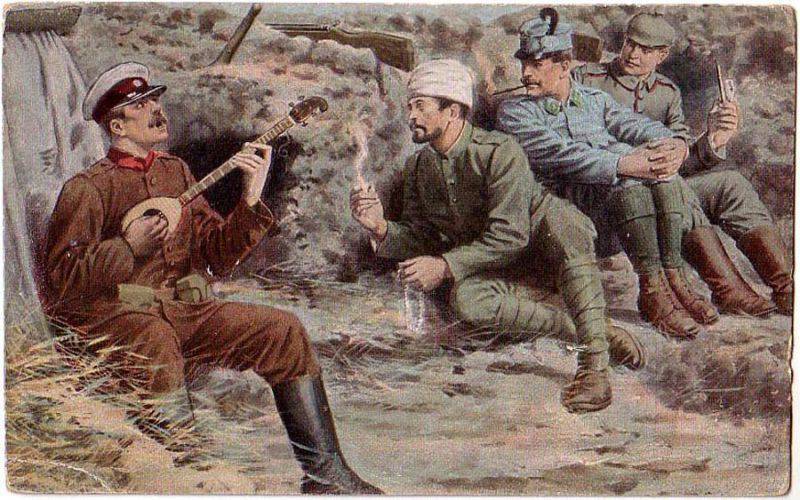 The German postcard with a picture of a Bulgarian, entertaining by singing and playing his "brothers on arms"- Turk, Austrian and German. 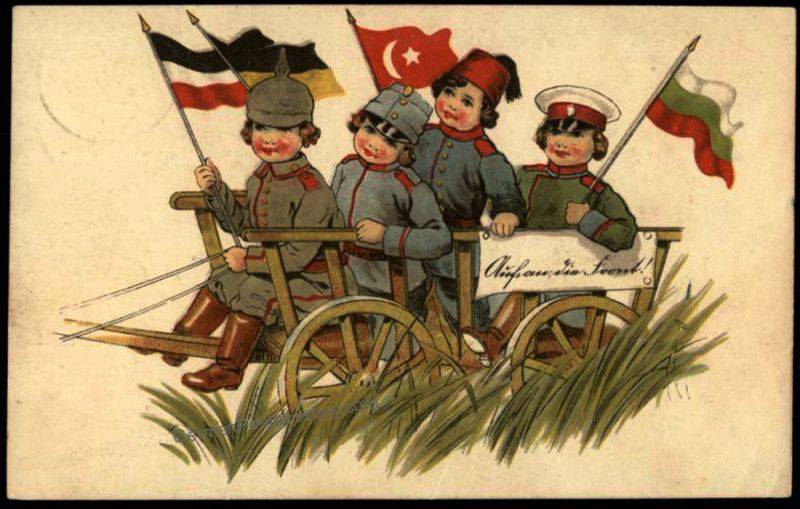 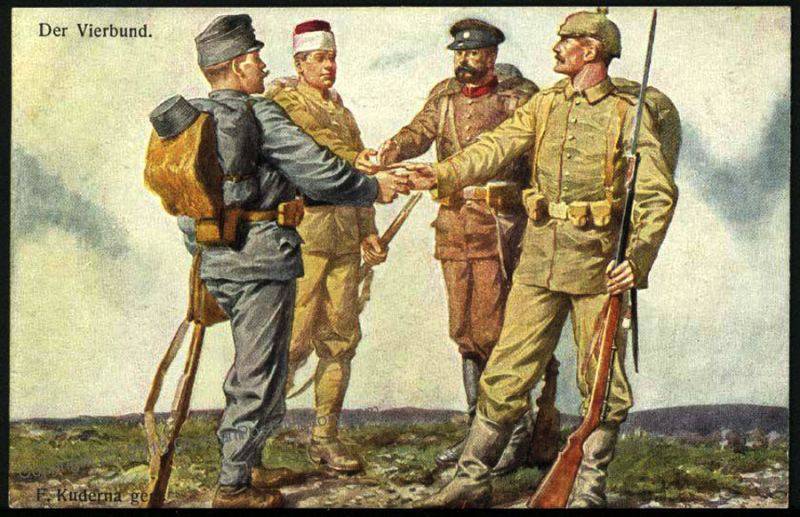 Ctrl Enter
Noticed oshЫbku Highlight text and press. Ctrl + Enter
We are
Bulgarian "bros" enter the warBulgarian armored vehicles. Part of 3. Postwar period and modernity
268 comments
Information
Dear reader, to leave comments on the publication, you must to register.