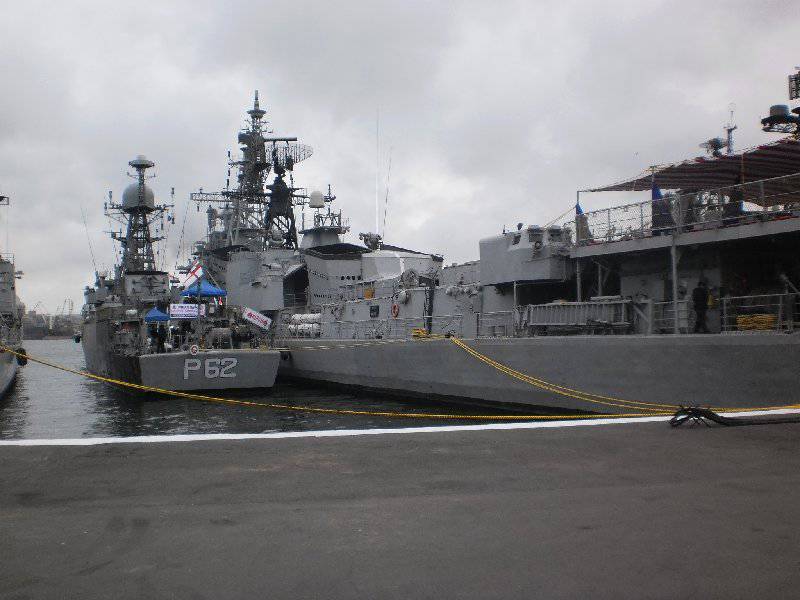 Russia, which occupies a vast territory in Eurasia, cannot but influence the politics and economy of the continent. And although the Russian borders are washed by the waters of three oceans, it is impossible to call it a sea power.

Maritime power can be called a country that has strong military and commercial fleets and controls the sea routes.

To restore Russia's influence in the Pacific region, it is necessary to develop the Russian Far East, build new ports, modernize the existing coastal infrastructure, and strengthen the fleet.

The strategic importance of the Far Eastern region is difficult to overestimate. More than 2 billion people are concentrated on its territory, on the coast and numerous islands there are more than 30 states that differ in the level of social and economic development. The most influential of them are the USA, Canada, Japan, China and Australia. The Americans, realizing the importance of maintaining their influence in this region, are constantly strengthening their presence in the region, supporting the aggressiveness of the military-political blocs of the countries located in this region.

American strategic facilities are located in the Pacific basin, from where a blow to any point of Asia is possible.

The main striking force of Washington in the Far East is 7 (area of ​​responsibility - Primorye of the Far East) and 3 (area of ​​responsibility - Kamchatka) of the US Navy. Britain, France and Japan also maintain military groups in the Pacific with excellent modern equipment, including offensive weapons and weapon general purpose. Constantly improving the base of the naval forces, ports and basing points, as well as their radio navigation support.

The zone of special strategic interests of the United States in the Pacific includes Russia and China.

And now the United States will make every effort to control the situation in the region, which has huge material resources.

In Soviet times, the Pacific Fleet of the Soviet Union with dignity opposed fleets USA in the Pacific and Indian Oceans.

Unfortunately, in the 90-s, the Far East ceased to pay the necessary attention, which led to the rupture of economic ties with the western regions of Russia, as well as the disruption of the livelihoods of distant regions of the country. This was reflected in the configuration and maintenance of military facilities.

Today, the Russian government plans to strengthen the country's Pacific Fleet. For this, the fleet will receive the newest nuclear submarine "Yuri Dolgoruky", purchased in France "Mistral", from the North Sea to the Pacific bases will be transferred missile cruisers "Admiral Nakhimov", "Marshal Ustinov." At the moment, the cruisers are under repair, as a result of which all their main units will be upgraded.

It is planned that Mistrali will be based in Fokino, located at a distance of 130 km from Vladivostok.

So far, the power of the Russian Pacific Fleet exists only on paper: 22 submarines and 49 ships. In reality, most of the surface ships are under repair or officially decommissioned. Since 1991, the fleet has not received a single major ship. In combat status is no more than 20 surface ships.

The condition of the fleet ships does not allow them to perform combat missions, so they are used as a guard when protecting against pirates (the September raid into the Gulf of Aden of the anti-submarine ship Admiral Panteleyev). Currently, due to the lack of necessary weapons, the Pacific Fleet can only protect the water area.

Purchased for fabulous money "Mistral" will not be able to strengthen the potential of the Pacific Fleet, because they are ships that are not intended to protect the lines. Perhaps they will become "scary" for the Japanese.

The missile cruiser Varyag, which is in service, was built in 1989 year, and most likely has worn-out equipment and components.

The fleet leadership will not part with another outdated warship, the Admiral Lazarev.

It is clear to any military expert that in order to solve combat missions at the easternmost line of the Navy, new destroyers and submarines are needed.

Of the Pacific Fleet 22 submarines, six are under repair.

For example, the submarines Omsk and Chelyabinsk (analogs of the Kursk submarine), which are all proudly called “aircraft carrier killers”, require not only repairs, but also upgrades in accordance with modern requirements for combat submarines.

Sailors are eagerly awaiting new Borey-class submarines: the crews for the Alexander Nevsky and Vladimir Monomakh submarines have already been formed.
The only submarine that arrived recently on the Pacific Fleet is leased to the Indian fleet.