8 September 2015
83
There are mysterious rumors about the data of American intelligence on the Internet. They say that the scouts received "from satellites" evidence of the increased participation of the Russians in the Syrian war: both soldiers and heavy weapons were noticed. These rumors reached the highest ears, and now John Kerry removes the phone tube and calls Sergey Lavrov: he expresses “concern”. 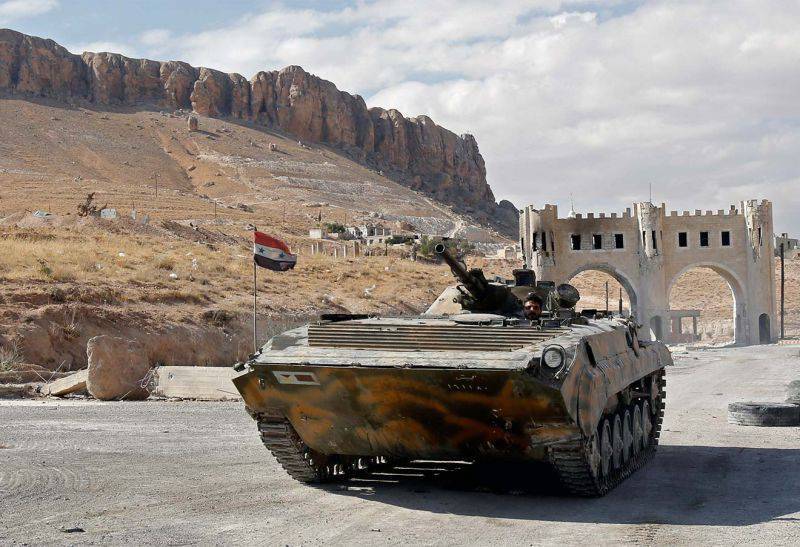 It all started with a statement by White House spokesman Josh Ernest. 3 September, he said: The White House is watching the information that Russia is conducting military operations in Syria, and warns: such operations can be "destabilizing and counterproductive." "We are aware of reports that Russia may have deployed military personnel and aircraft in Syria, and are closely following these reports," - quotes Josh Ernest radio "Freedom".

"Any military support of the Assad regime for any purpose, whether in the deployment of military personnel, the supply of aircraft, weapons or financing, it is both destabilizing and counterproductive, ”Ernest said.

The statements of those who truly destabilized and ruined Iraq and Libya, and did not ignore Syria, of course, are not worth attention. But where did Ernest get the Syrian "reports"?

And the casket just opened: “information” came to the White House directly from “social networks”. There, as noted by "Freedom," "there were reports of participants in the hostilities in Syria, where Russian aircraft and unmanned aerial vehicles were allegedly shown in the Idlib province."

A certain American official confirmed that “Russia requested permission to fly military aviation to Syria, ”however, noted that“ we don’t know what their goals were. ” From other reports it is known that Russia attacked the militants of the Islamic State, who attacked forces loyal to Bashar al-Assad.

В Los Angeles Times There is a large article on this topic. And it's not about social networks.

Reporters W. J. Hennigan and B. Bennett (WJ Hennigan and Brian Bennett) point out that American intelligence has evidence of a significant increase in Russia's participation in the Syrian war: satellite images of the Russian military base designed to house military personnel and heavy equipment. This base is being built near the city, which became the stronghold of President Assad.

About this press secretly told not "Twitter", and said some anonymous officials from the White House. Satellite images of the proposed military base being built near the international airport in the province of Latakia, prove an increase in the participation of Putin’s government in the Syrian civil war, these people assert. According to them, Russia has already appealed to a state bordering Syria, and asked to be allowed to ship military aircraft across Syria to its territory. (The name of the state is also not given.)

US officials fear that the Kremlin has decided to help the Assad forces attack the opponents of the Syrian government. Some of these opponents are supported by the United States. “All this causes serious concern,” noted the nameless official. “When they send people there to help the Syrian government waging its war, this is one thing.” However, when they enter ground forces and drop bombs on populated areas, this is completely different. ”

Correspondents further indicate that the staff of the Russian Embassy in Washington did not respond to requests for comment.

The authors of the materials suggest that the Russians are going to strengthen the positions of Assad in power. Moscow can also assist in the protection of the Alawite territories: President Assad must have a retreat path in case he loses control over Damascus.

September 5 Russian MFA website there was a message about a telephone conversation between Russian Foreign Minister Sergey V. Lavrov and US Secretary of State John Kerry.

The press service of the Ministry of Foreign Affairs informs that the telephone conversation took place on the American initiative. “During the conversation,” the report states, “various aspects of the situation in Syria and around it, the tasks of fighting ISIL and other terrorist groups, as well as interaction issues in support of UN efforts to streamline the political process in the SAR in accordance with the provisions of the Geneva communique were discussed. from 30 June 2012 of the year. "

Some details of the conversation can be found in the Western media.

Speaking with Russian Foreign Minister Sergei Lavrov, US Secretary of State John Kerry said that reports of a strengthening Russian military presence in Syria are causing the United States to be alarmed. Kerry said notes "BBC"that an increase in the number of Russian military and technology in the region could lead to a further escalation of the conflict and even to the "death of a greater number of civilians, an increase in the flow of refugees and the risk of confrontation with the coalition acting against the Islamic State."

So, in general, the picture is clear: Americans have no concrete evidence, the State Department, by its bad habit, operates with rumors, speculation and fantasies, and then builds conclusions about "further escalation" and makes telephone suggestions to Moscow on their basis.

“I trust more than officials of the United States, but of Russia. A spokesman for our president, Dmitry Peskov, has already said that one should not believe the rumors. As a specialist, I understand that the Russian representative is not being cunning, ”said "Free Press" Advisor to the Director of the Russian Institute for Strategic Studies, Middle East specialist Elena Suponina. - Actually, where did the information about the alleged Russian aircraft in Syria come from? On the one hand, Syrian militants report on Russian attack aircraft, some of them even belong to terrorist organizations. It is clear that you should not believe them at all. On the other hand, there were several reports in small Israeli publications that are not trusted in Israel itself. ”

According to the expert, such messages are spread by those who are unprofitable to intensify Russia's diplomatic efforts to resolve the Syrian crisis. Who is "unprofitable"? Militant radicals, as well as, perhaps, Israel: the weaker Syria, the better for Israel, the expert said.

However, for what purpose does the State Department broadcast unconfirmed rumors? Suponina believes that the Americans just take note of the message, but “they do not blame Russia for anything.” “They have to react, as Dmitry Peskov was forced to respond,” the expert notes. “At first, the messages about Russian planes looked like complete nonsense, but they began to be replicated, journalists began to ask questions, and representatives of both Russia and the United States were forced to respond.”

According to Suponon, at present, the Americans are determined to find mutual understanding with Russia on the Syrian issue. Obama understands that his policy in the Middle East does not bring good results. “But the successes that exist in the region,” the expert says, “were achieved thanks to Russian diplomatic assistance”. These successes, according to the adviser to the director of the Russian Institute for Strategic Studies, are the chemical disarmament of Syria and the assistance of Moscow in the negotiations on the Iranian nuclear program.

Begs an interesting conclusion, add from myself. The Syrian conflict against the backdrop of the confrontation of the United States and its allies with the “Islamic State” could serve as a basis for further rapprochement between Moscow and Washington. At least, apparently, this is the reason in Washington. Experts in the West have long noted that the Middle East is a convenient field for geopolitical cooperation between the United States and Russia, leading the fight against terrorism. Call Kerry could mean, for example, new proposals to create a coalition against the "IG". Washington and other NATO members openly plunged into the "democratization" of the region and acquired not only the millions of refugees who had rushed to Europe, but also the "Islamic state" in the form of a local reaction. And now the White House and the State Department really want the Russians to fight against the bearded men.

And the more you want, the harder Putin refuses them. At the same time not giving up the support of Assad.

Russia plans to create another international coalition to combat terrorism, but it’s premature to talk about possible Russian participation in military operations against militants of IG, Vladimir Putin said at a meeting of the Eastern Economic Forum in Vladivostok. According to him, which leads the radio "Freedom", Russia provides Syria with training for military personnel and weapons in accordance with contracts signed by 5-7 years ago.

According to V. Putin, Moscow is holding consultations on the creation of an international coalition to combat terrorism. This issue has already been discussed with Barack Obama and with the governments of Saudi Arabia, Turkey, Jordan and Egypt. The question of Russia's accession to the international coalition led by the United States to combat the "IG" is not on the agenda, the Russian president said.

This is not surprising: Moscow would never begin to dance to the tune of Washington and rake what the United States has done in the region. Especially since Washington and its regional satellites do not leave intentions to overthrow B. Assad in Syria. Therefore, at every opportunity (which is also a stuffing about “destabilizing and counterproductive” operations), the State Department will remind Moscow of its desire to include Russia in the “coalitioners” controlled by the will of Washington.

However, Moscow is now on its way ...

Observed and commented on Oleg Chuvakin
- especially for topwar.ru
Ctrl Enter
Noticed oshЫbku Highlight text and press. Ctrl + Enter
We are
Results of the week. “Now people should be more relaxed, and look at the questions shirse”"Pathological liar" from the State Department
83 comments
Information
Dear reader, to leave comments on the publication, you must to register.