7 September 2015
3
The active phase of the combined air defense system of the CIS "Combat Commonwealth" with the participation of more than 1000 military personnel and 200 units of special and military equipment of the Air Force of Russia began at the Ashuluk training ground in the Astrakhan region, RIA reports "News". 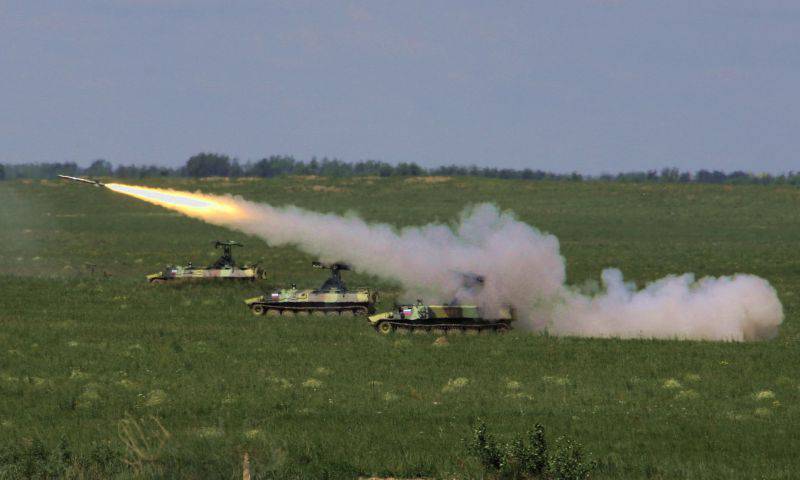 The final stage will last from 7 to September 10. Along with the Russian servicemen, units of the air defense forces of Belarus, Armenia, Kazakhstan, Kyrgyzstan and Tajikistan participate in it. The rest of the member states of the CIS Air Defense System sent observers to the exercises.

The press service of the Ministry of Defense of the Russian Federation reported that calculations of the latest C-400 Triumph anti-aircraft missile systems and C-300 Favorit anti-aircraft missile systems arrived at the Ashuluk test site. In addition, 40 crews of Su-24, MiG-29, Su-34, Su-30, Su-27, MiG-31, Su-25 and Tu-22М3 airplanes are deployed to operational airfields.

In the framework of the exercises, pilots will have to overcome the air defense systems of a conditional enemy, work out close maneuverable combat, firing from aviation guns on ground targets, launches of unguided missiles, bombing and reflection of a massive missile strike.

It is also noted that in the 2015, the “Combat Commonwealth” exercise will take place not only in the territory of the Russian Federation. One of the episodes of the maneuvers will be the training of the coalition group of air defense and aviation troops at the Kazakhstani Sary-Shagan test site.

The joint air defense system of the CIS member states was created over 20 years ago. Its main task is to protect the air borders and jointly repel a possible aerospace attack.

Ctrl Enter
Noticed oshЫbku Highlight text and press. Ctrl + Enter
We are
The action “Military service under the contract is your choice!” In Rostov-on-Don: future contract servicemen, exhibitions and “Russian Knights”Joint exercises of the Air Force "Combat Commonwealth-2013" held at the Ashuluk training ground
3 comments
Information
Dear reader, to leave comments on the publication, you must to register.