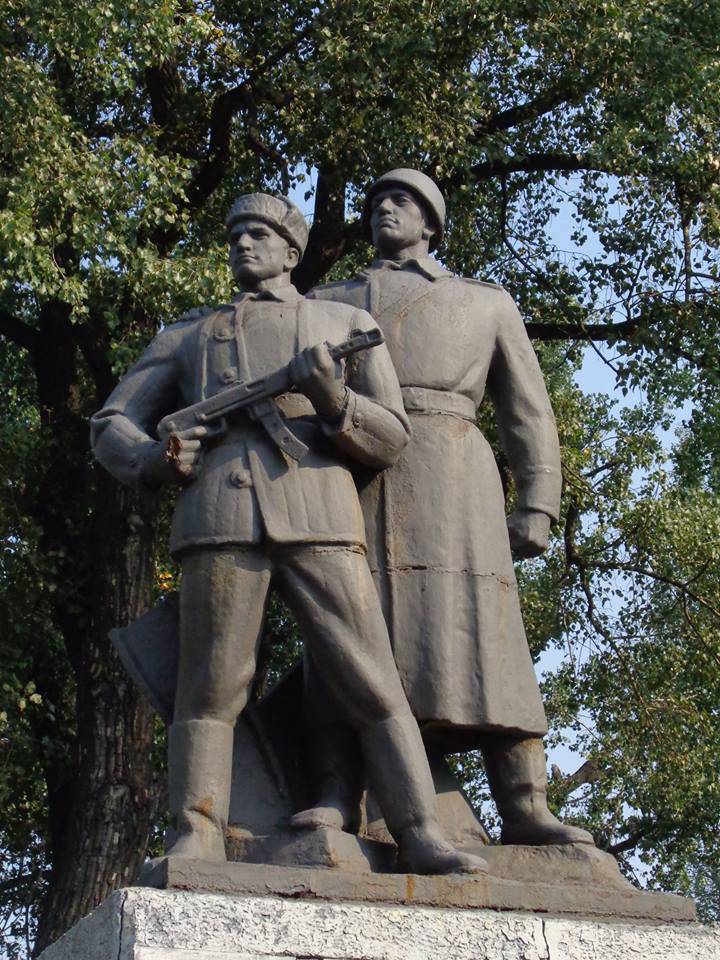 Forgive me, dear readers of the site, but I will not comment on the latest dramatic events in the political arena of the Donetsk People's Republic. For I consider myself not to judge this. I adhere to the "Tolkien" position: "Our feuds are only on the hand of Mordor." In addition, another New Russia, we still do not and never will.

And New Russia is preparing to celebrate one of the most important and glorious holidays - the Day of Liberation of Donbass. Unfortunately, the 72 anniversary of getting rid of the Nazi invaders can solemnly celebrate only part of the Donbass - in fact, many of its territory have not yet been liberated from the Kiev neo-fascist regime. And there, as you know, a completely different, overwhelmed and turned inside out view of the Great Patriotic War, and the whole history at all…

Of course, the liberation of such a huge region was not a matter of one day. Officially, the Day of Liberation of Donbass is 8 September - the day when the Red Army drove the invaders out of the city of Stalino, now known around the world as Donetsk. But the celebrations are already going on these days - various cities celebrate anniversaries of their liberation.

Fascist invaders seized Stalin in October 1941 of the year. They could not help but attract the city, which has long been famous for its powerful industry, which supplied the entire USSR with coal. At that time, more than 500 thousands of people lived in Stalino. After the liberation of the city, about 175 thousand remained in it. Many were either destroyed or hijacked into fascist concentration camps.

In the evening of September 7, the 1943 of the year, the red banner was hoisted triumphantly over the building of the Opera and Ballet Theater. The next day, managed to free the entire city. He was savagely destroyed by the fascists. But by the year 1950 was almost completely restored. Of course, his former appearance will never be the same - wars inflict incurable wounds on cities and people.

Currently, in Donetsk and in adjacent cities, many events are taking place related to this glorious day. I will tell only about one, which took place in the Kievsky district, near the Putilovsky plant, or the precision engineering plant. Many Donetsk residents gave their enterprise to this enterprise. Now it is lonely with broken windows - the new fascism does not spare the famous plant just as it did not spare the new airport, the railway station reconstructed in front of Euro-2012, not to mention the residential sector, kindergartens, hospitals, schools ... 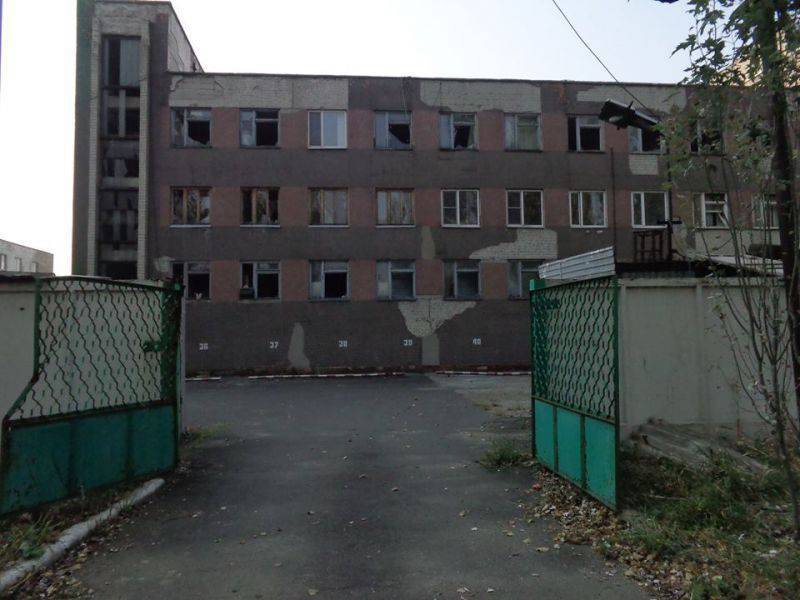 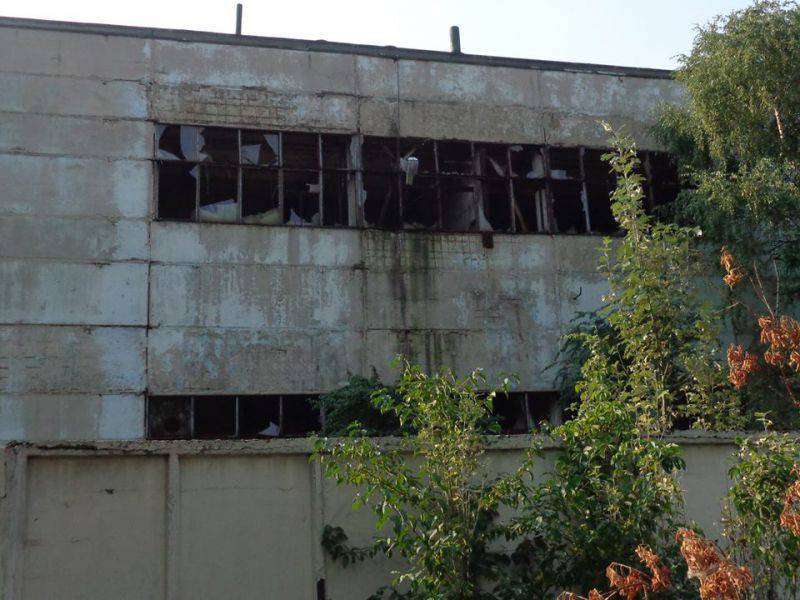 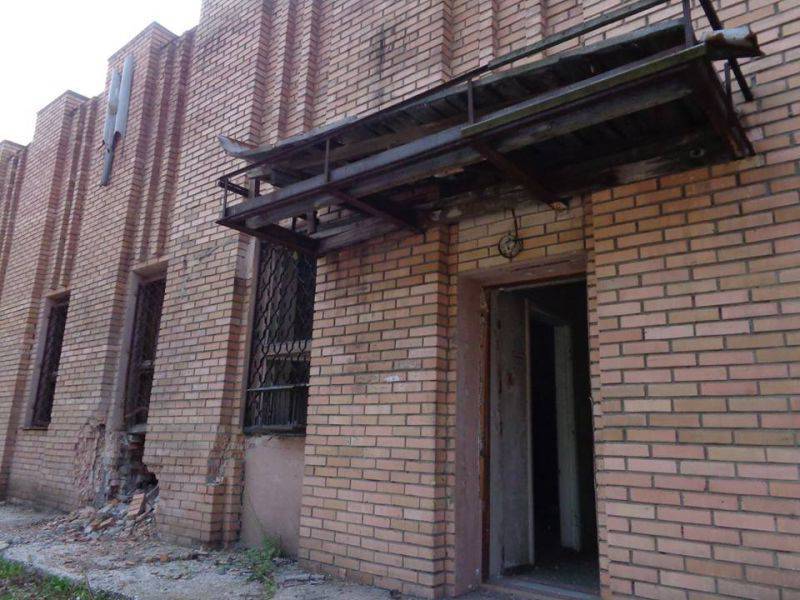 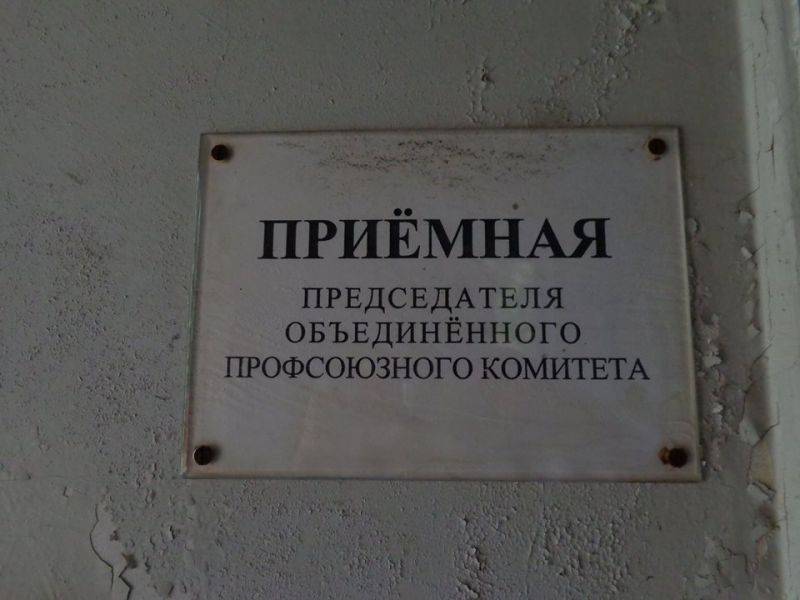 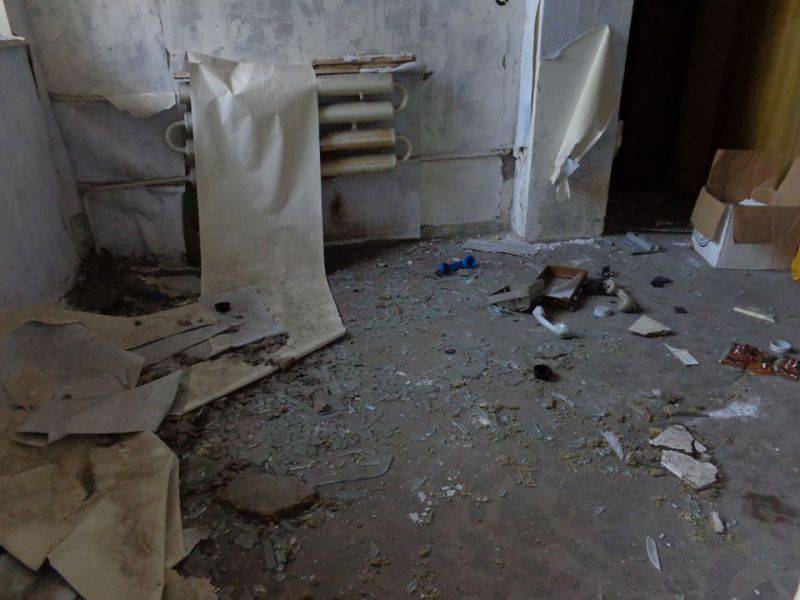 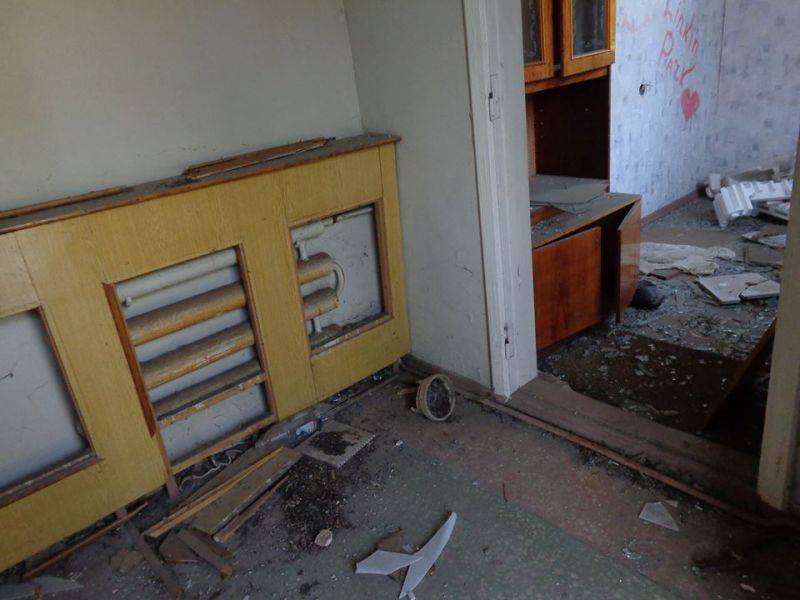 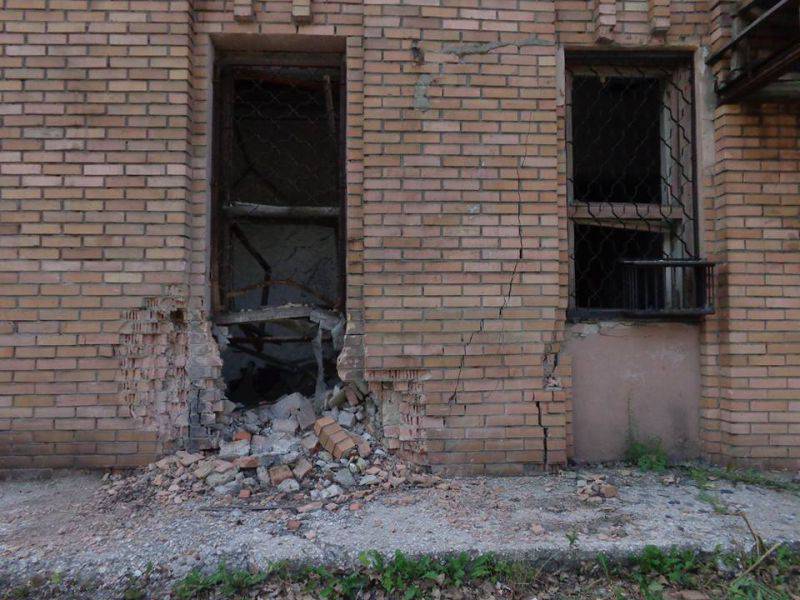 So, the square near the factory, where two mighty soldiers silently stand, was also bent by Ukrainian shells. On both sides of the monument were steles with tablets, on which are carved the names of the heroes of the Great Patriotic War. Now there is only one stela. On the other side of the monument, the surviving granite slabs are just like that - they had to be taken out from under the pile of torn concrete. But the authorities and residents of the Kiev district wounded square was put in order. 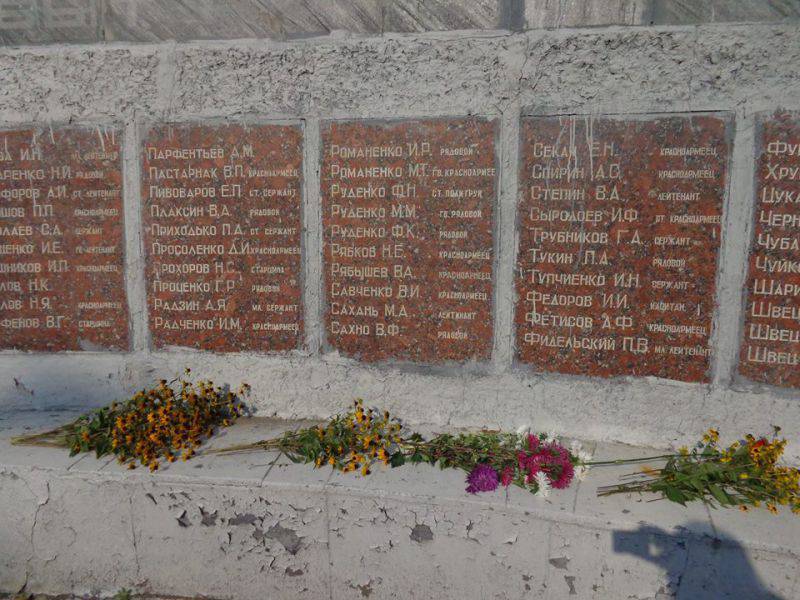 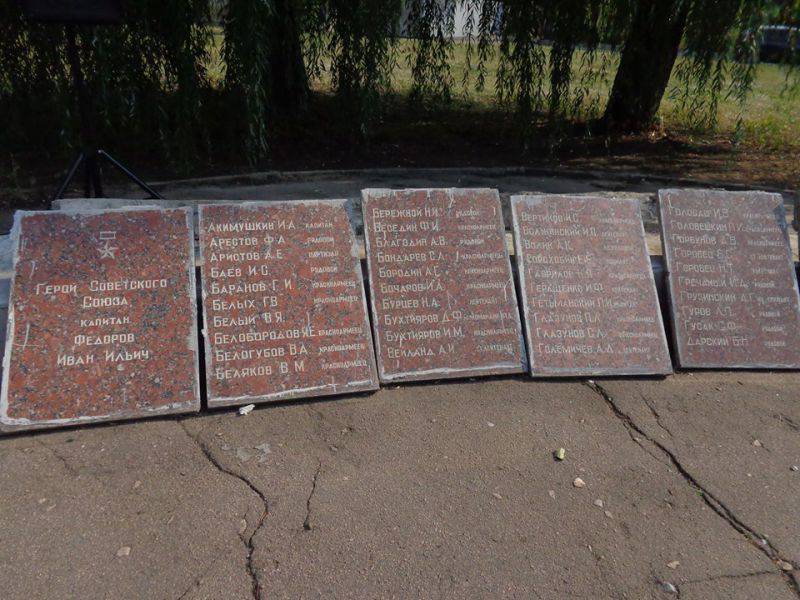 As one of the speakers at the rally-requiem noted, stone soldiers continue their battle today. One of them
the fragments fell into the hand. 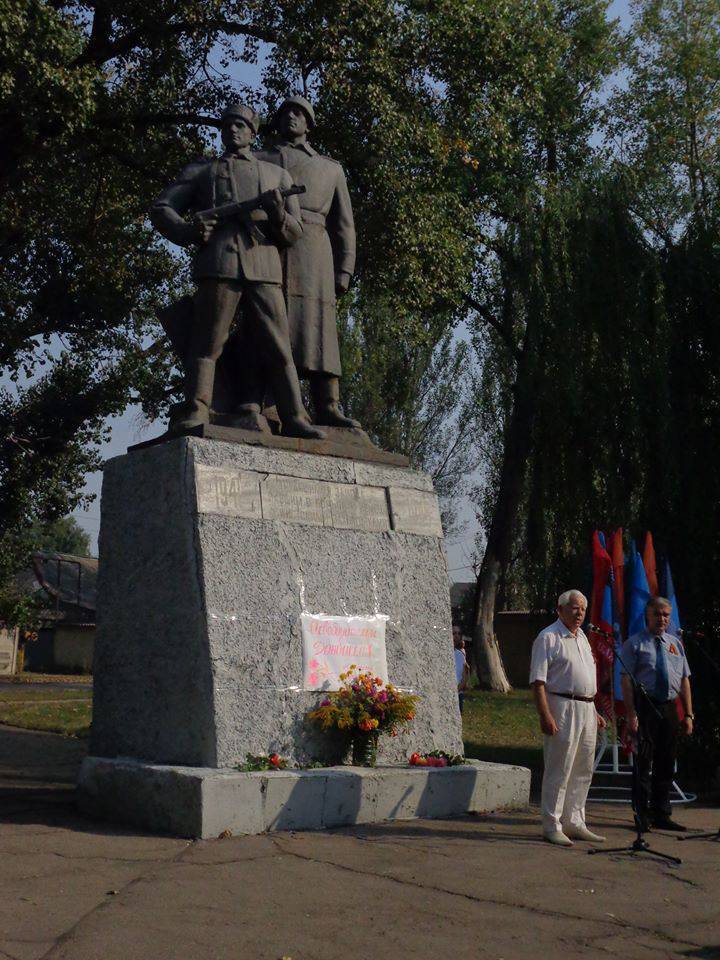 Now in the Kiev district of Donetsk live five veterans who participated in the battles for the Donbass. Not everyone could come ... 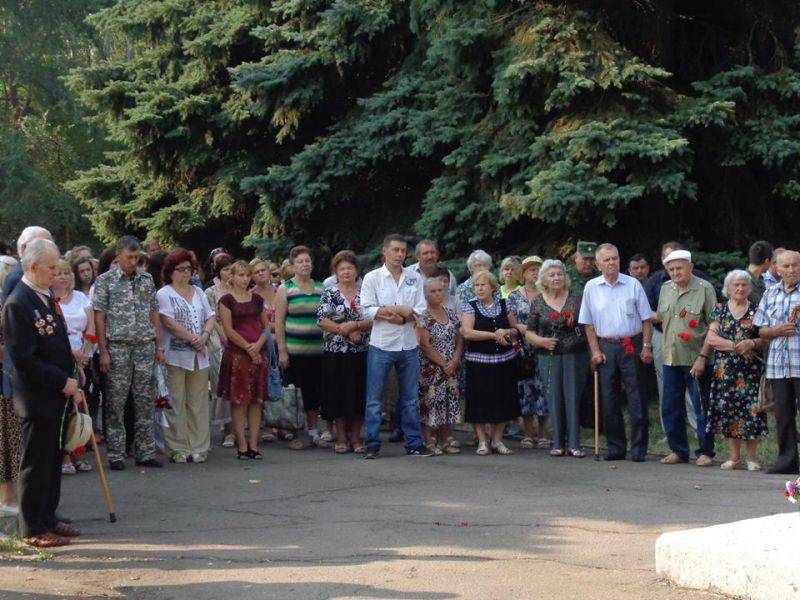 The participants, who were about a hundred people, honored the memory of the fallen heroes with a minute of silence. Flowers were laid at the monument. The young, talented singer performed several war songs. 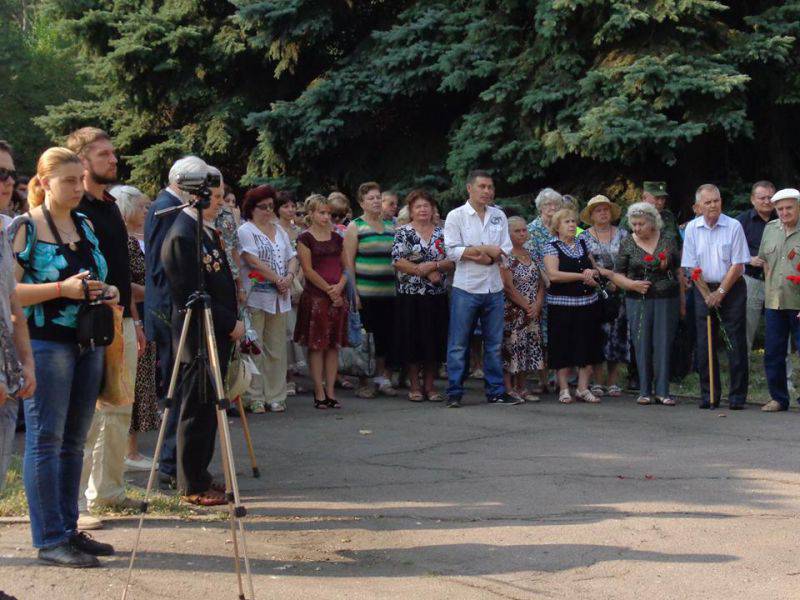 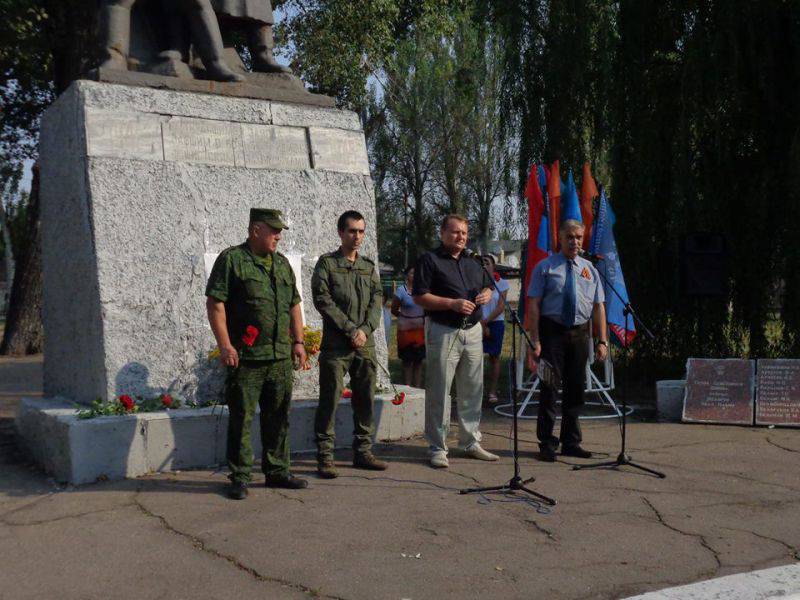 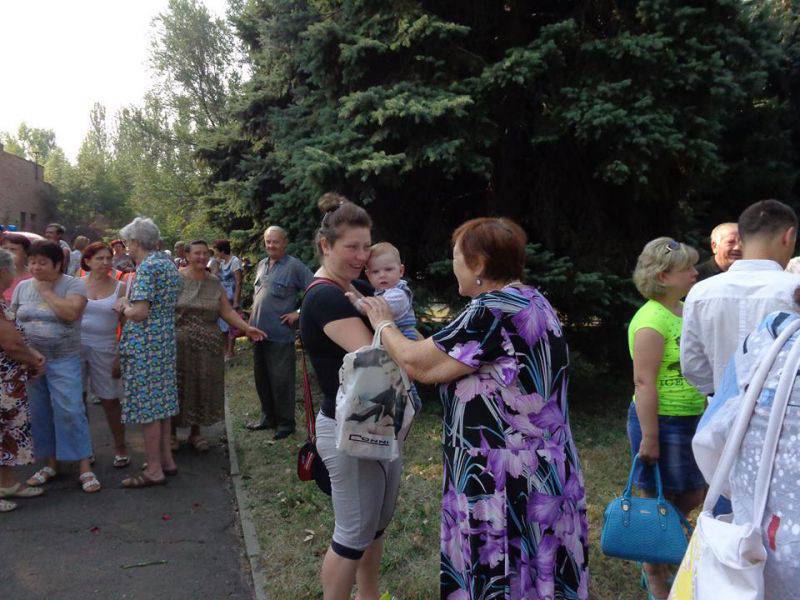 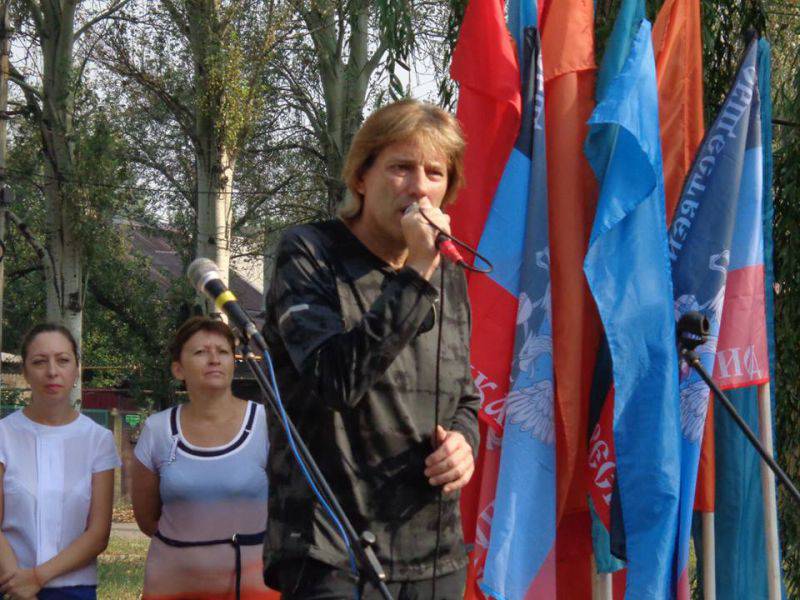 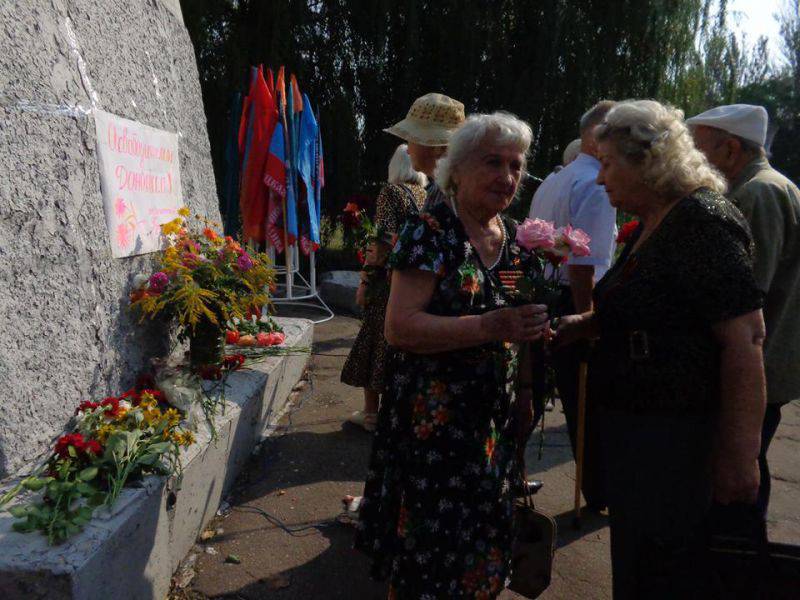 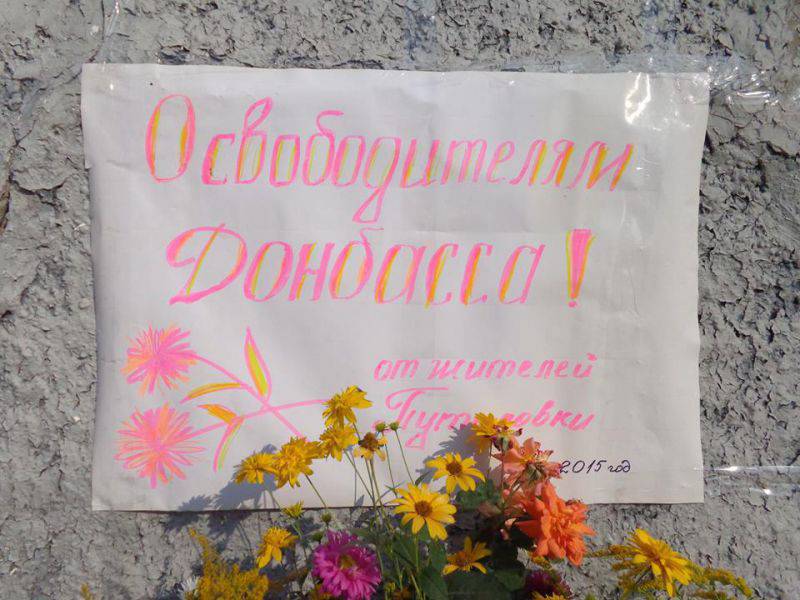 After the rally, a meeting of citizens with officials of the Kiev region. People shared problems, among them - not a good work of transport, destroyed houses and infrastructure ... Front area with all the attendant difficulties ...

I must say that in this troubled, restless area there are not too many people left. All those who did not feel the strength to demolish the constant shelling, have already left. As local residents told, in the area of ​​the Putilov factory there is no long-distance telephone communication and the Internet. Destroyed the hospital, schools and more. Houses and shops in the area are a sad sight — too few surviving windows. There are also more severe damage. 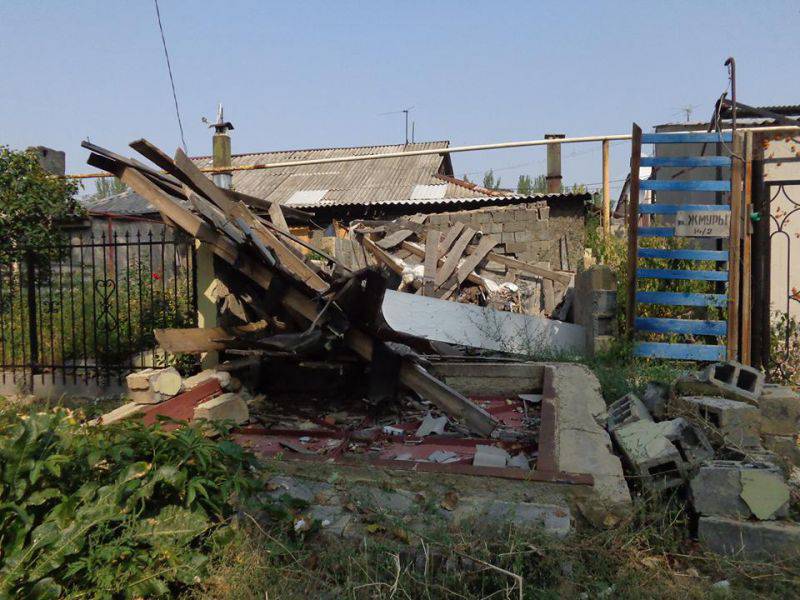 Now, it seems, there is a lull on the fronts. But on the night of September 5, the village of Aleksandrovka, which belongs to Donetsk, was shelled by Ukrainian artillery. An elderly man was seriously wounded and died on the way to the hospital. Two residents of the Petrovsky district also suffered from the shelling of punishers. The war continues to take lives. And the Donbass continues to wait for complete liberation.

Ctrl Enter
Noticed oshЫbku Highlight text and press. Ctrl + Enter
We are
Results of the week. “I respect you, and you respect me, we are dear people”Artillery of the Korean People’s Army. Part of 3. Reactive systems
6 comments
Information
Dear reader, to leave comments on the publication, you must to register.