In the regiment "Azov" developed a "new" model of armored vehicles 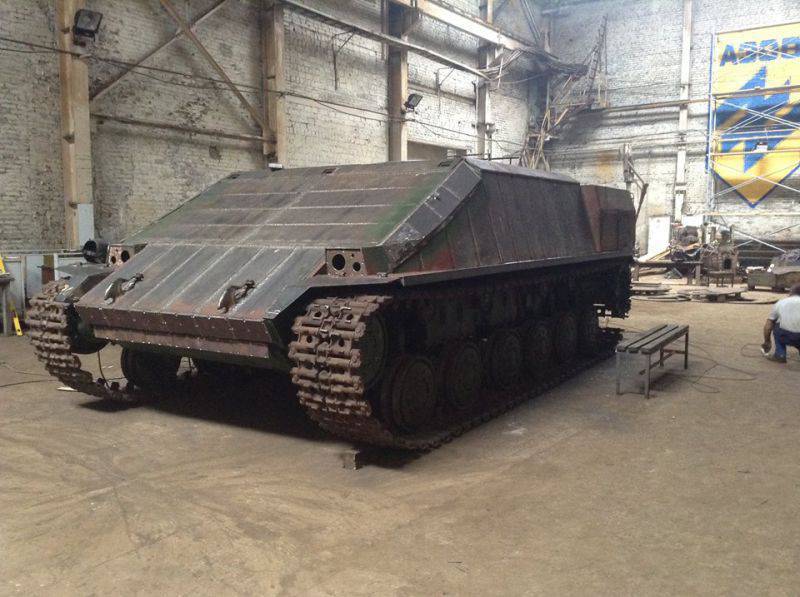 The regiment "Azov" over the past year engaged in the development of "new" samples of armored vehicles. The first development was called the “Azovets” and is already positioned as “the best tank for fighting in the city”.

Its main developer was the chief (in the past) designer of the 115 BTRZ, Nikolay Stepanov. He is known for having worked on such projects of armored vehicles with a high level of protection, as the BMPT-64 (armored vehicle based on T-64, T-66).

According to experts, the design of the support combat vehicle tanks quite original. In the aft of the cabin there is a hatch for the crew. The crew is 4 people. Hatches are also installed on the towers (there are two of them). The location of the hatches makes it possible to get inside the machine as quickly as possible. Other weakened areas, according to the designers, are not provided. The mass of the new development is 40 tons.

The developers claim that the armor everywhere on the new machine is equally “thick”, and even more, all of it is lined with active protection in several layers. So, according to available information, the machine has a doublet tandem protection. Total set 500 eDZ (the cost of each such element is 200 US dollars).

Also, according to the designers' assurances, thanks to the special design of the armor, the crew of the car will be reliably protected. Even in the case of falling into the side of the sabot projectile, the machine will not receive much damage.

In the tank, as already mentioned above, there are two towers (these are modified T-64 commander's turrets) with remote control. Each tower is equipped with a double-barreled installation GSHNUMX, which is capable of producing more than three thousand shots in one minute and turning light concrete fortifications into a pile of construction waste. In addition, it is also planned to install large-caliber machine guns, “Stugna” complexes and four guns for mortar firing.

Experts had time to evaluate the new development. According to them, the statement about the superiority of the new machine over all the tanks that existed until that time cannot be taken seriously. But at the same time, the car looks quite powerful and interesting. In particular, an interesting solution with the chassis (not Toyota, and MBT). In addition, the designers identified the main priorities in the concept of an armored vehicle for melee: a good overview is not at the expense of security, all-high security, as well as multi-channel weapons.

According to experts, the capabilities of the armored vehicle will be reduced due to its unprofessional origin and low consumption of resources. According to their characteristics, the outdoor camera cameras are much inferior to the all-day specialized tank sights with a night channel. To say that the car will be installed several thermal imagers, it is not necessary, because the cost of the machine will increase significantly. However, the developers claim that they have abandoned triplexes, because the enemy is hitting them, trying to blind the tank. Therefore, cameras with all-round visibility are the best option. In addition, it is supposed to install several fake cameras along the hull in order to mislead the enemy snipers.

Experts also note that the load capacity of the T-64 chassis is not so high as to protect the bottom and the roof of the car as reliably as the sides.

At the same time, the armored vehicle was created for quite specific conditions - for use in the zone of the antiterrorist operation in the Donbas, where the use of “roof-covering” anti-tank systems was not observed. Those artillery munitions that have anti-splice cluster elements do not have sufficiently strong penetrability.

Experts also note that the rear-engine layout will cause certain inconveniences in the dismounting of the crew. But at the same time, the developers said "Azovets" as a combat vehicle supporting tanks, and not an infantry fighting vehicle or armored personnel carrier, therefore, apparently, the transportation of the landing force is not expected.

At first glance it may seem that the new development is a pure adventure, because powerful enterprises should be engaged in the production of equipment. And one more interesting aspect: “Azovets” is called a tank. In fact, to give any definition of a new car is simply impossible. Rather, you can call it a combat armored vehicle for fighting in the city.

However, the definition, in the same way as the evaluation of the effectiveness, the new machine will be able to receive only after practical application. 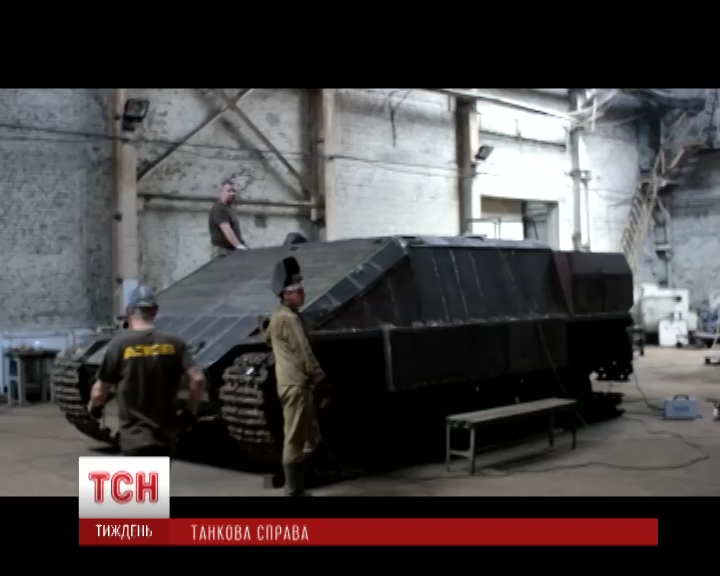 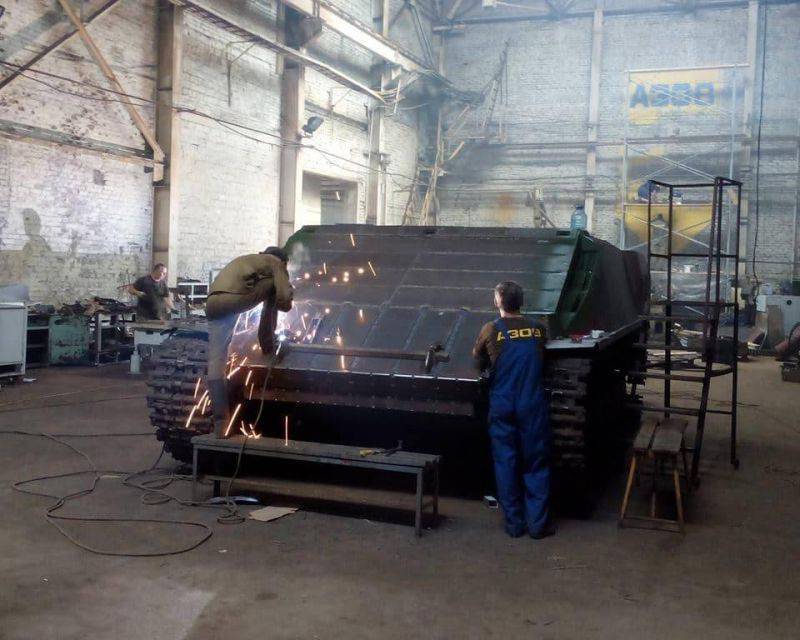 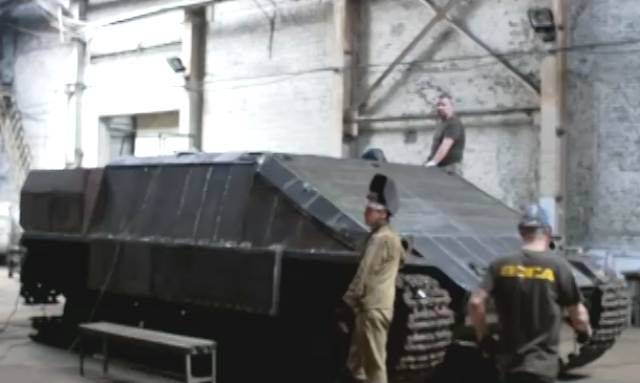 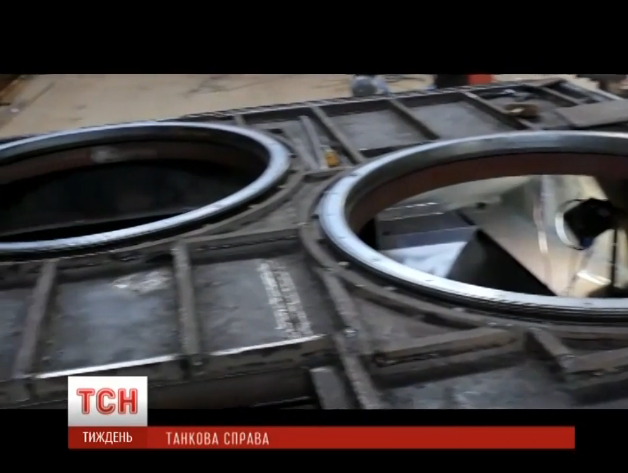 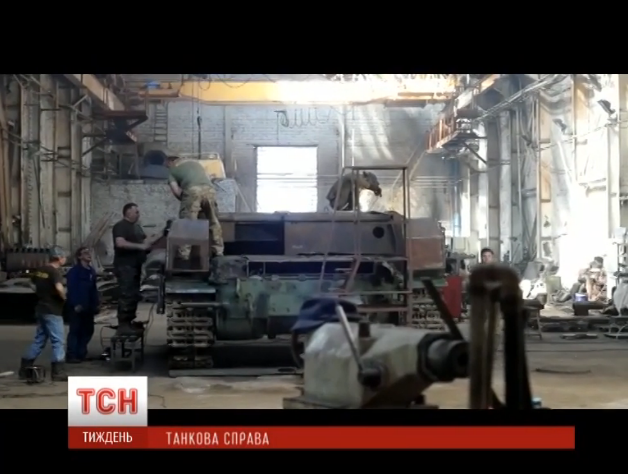 Ctrl Enter
Noticed oshЫbku Highlight text and press. Ctrl + Enter
We are
Is the old well forgotten to become the new? Part-2. By call of honor and duty10 best armored vehicles from the Discovery Channel
87 comments
Information
Dear reader, to leave comments on the publication, you must to register.