Expert opinion: about the situation in the DPR and its prospects 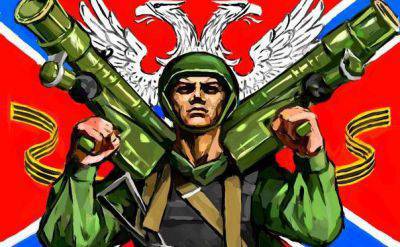 At the moment, the situation in the DPR is about the same as it was on the eve of the sudden retreat of the Strelkov army from Slavyansk.


1. All that is happening in the Donetsk People’s Republic is an attempt by Vladislav Surkov (who has been given exclusive powers to solve the “Ukrainian problem”) to optimize its controllability. Less controlled (in the person of Purgin, Aleksandrov and others) are replaced by more controlled (Pushilin and K˚). I think that for the same purpose, a series of well-known field commanders of Donbass were shot down consecutively.

2. All optimization of the controllability of the DPR is sharpened by the implementation of the so-called. "Minsk agreements".

3. Zakharchenko's prospects are foggy. Taking into account the fact that not so long ago, in one of his conversations with Surkov, he publicly sent him, I would not be surprised if the head of the DPR resigned soon.

Pushing through the Verkhovna Rada amendments to the Ukrainian constitution and attempts to clear out the ardent Nazis, who are the main driving force for the continuation of the war, from the same series as Purgin’s isolation, mass arrests in Donetsk and the likely elimination of Zakharchenko.

These are parallel processes originating from the same source.

6. This source is one of the Kremlin "towers", on top of which is Vladislav Surkov, with the monopoly right to solve the "Ukrainian problem". For him, now almost everything is at stake. If the “Minsk agreements” are not implemented, this person’s public career will end. And forever.

7. It can be assumed that if the Surkov project does not work and the “Minsk agreements” are not implemented, the blank check for the solution of the “Ukrainian problem” will be given to its competitors.

8. The “Minsk Agreements” is an attempt to reanimate the Ukrainian oligarchic republic of a home-made type. At their core, they are a reversion to the past, an attempt to restore what has long been outlived and is now dying in convulsions.

The Donbass, in accordance with the “Minsk agreements”, is a kind of autonomous oligarchic principality, with the old regional “princes” who returned there, their attendants and the old orders. Formally, the Donbass will be Ukrainian. In reality, it will be a financial-economic and military-political enclave belonging to several rich and influential oligarchic clans possessing unlimited power on its territory. On the one hand, they will depend on Moscow, and on the other, they will play the main role in Ukrainian politics.

As far as I understand, the “Minsk agreements” should solve two main tasks.

First, create a kind of “control chip” in the form of Ukrainian autonomies from the DPR-LPR.

And, secondly, to implant this “management chip” into the state body of Ukraine in order to “steer” the whole country with its help.

In addition, the mechanism for the implementation of the "Minsk agreements" automatically starts a gradual return to power of the oligarchic clans that are now expelled from the country. The vanguard of this return is the Opposition Bloc. Rearguard - Azarov and K˚. The political reanimation of the defeated "regionals" can be a guarantee of the re-creation of the old, but modernized state system in Ukraine.

In theory, it all looks beautiful. But from the practical side - extremely "dumb." It is not clear where the creators of this plan are going to put together tens of thousands of ideologically motivated supporters of the independence of Donbass and no less motivated Ukrainian Nazis. The “Minsk agreements” are not inserted into the worldview of those and others. For them, they are a betrayal. To convince them of something else is impossible. Kill too.

To drive in the "stall" for the implementation of the "Minsk agreements" a huge mass of these people there is nobody. There is no third force capable of doing this in Ukraine.

Due to objective reasons, the “Ukrainian problem” can be solved only in two ways.

Either by proclaiming the complete independence of the DPR-LPR with their subsequent entry into the Russian Federation, or by the continuation of the war, as a result of which one of the warring parties will be completely defeated.

However, both real solutions to the “Ukrainian problem” are blocked by external forces. The final withdrawal of the DNR-LC is not beneficial to the United States. The war is not beneficial to the EU. And since the “Minsk agreements” are unrealizable, the solution to the “Ukrainian problem” is doomed to hang for an indefinite time. Until such time as a certain factor manifests itself, which will substantially change the stalemate situation.

We are in Yandex Zen
What you didn't want to know about England
Chechen trace of Mr. Surkov
52 comments
Information
Dear reader, to leave comments on the publication, you must to register.