Riyadh and Moscow: nothing in common?

7 September 2015
53
During the summer visit to Russia of the Crown Prince of Saudi Arabia, the parties signed several agreements, including an agreement that provides for the creation of a working group to develop joint energy projects. But Saudi Arabia and Russia are competing in the oil market, and their rivalry will have a negative impact on bilateral relations. 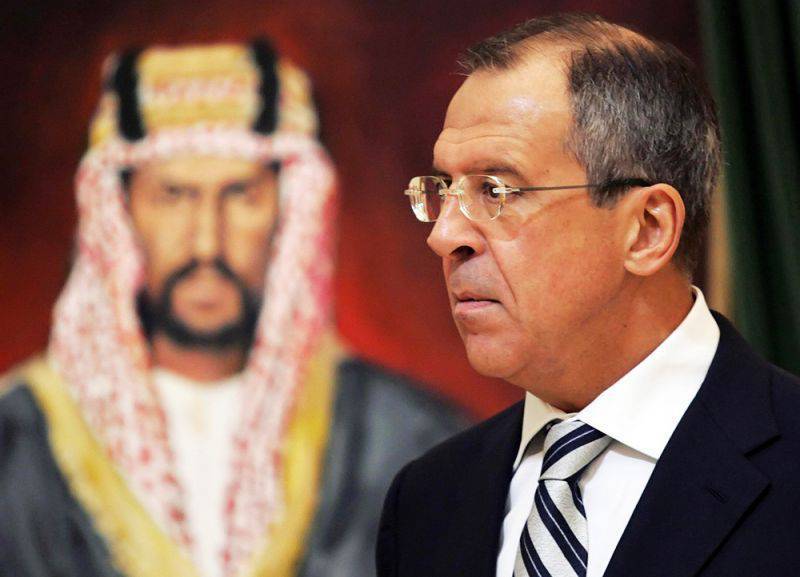 According to Salman Rafi, a Pakistani freelance journalist who writes for Asia Times on the topic of international relations, Saudi Arabia and Russia are unlikely to be able to create an alliance. It seemed that the June visit of the crown prince of Saudi Arabia, Mohammed bin Salman to Russia, would change the policy of Saudi Arabia. At least some analysts were convinced of this, referring to the signing of Riyadh’s six agreements with Moscow, including a document on the peaceful use of nuclear technologies and the creation of a working group to develop joint energy projects. But the two countries are certainly far from creating an alliance, the analyst believes: after all, they are competing in the global oil market. And their rivalry is likely to continue to complicate bilateral relations.

The author considers that the question of how the parties will be able to reconcile the “mutually contradictory positions” becomes more and more important when you come to the question of analyzing the “Sunni bloc” headed by Saudi Arabia. In fact, despite the agreements signed, the visit of the crown prince was for Saudi Arabia only a way to put pressure on the United States: Riyadh thus insists on concluding a number of defense deals with the Americans. In addition, the Saudis wanted to push the Americans to "revise" the policy towards Iran.

It may seem that the Saudis have partially achieved their goal, especially in the field of military contracts, but they have lost something: their former position in the Middle East as the main ally of the United States. Far from being a "coincidence" in time, the analyst considers those events that unfolded after the prince's visit to Russia. As a basic example, he calls "drawing in" the White House of Turkey into the war against the "Islamic State", which is now allowed to "do whatever it pleases with the Kurds." And since then, Turkish participation in the Middle East conflict has "increased many times over." But Saudi Arabia, it seems, continues to “engage” in Iran, using any means that it has at its disposal.

If you take a closer look at the "union" of Saudi Arabia and Russia, it will become clear: these two countries have remained rivals. Allies of them did not work. Russia and Saudi Arabia continue to "fiercely" compete.

In May, the 2015 of the year oil production in Russia reached record levels - 10,78 million barrels per day. This is close to that of the Soviet Union 1987, and this is a lot compared to the May indicator of 2014 of the year, when Russian production was 10,08 million barrels per day. The acceleration of oil production by Russia will undoubtedly continue to put pressure on world markets. And in the near future Russia, it seems, is not going to slow down, the journalist believes.

On the other hand, Saudi Arabia is the world's leading exporter of crude oil, and it is also increasing production rates.

There are other examples of opposition.

For China, both Russia and Saudi Arabia look “attractive” as raw material suppliers. The Chinese take oil from both the first and second. And this is what happens: due to Russia's increased oil production, Saudi oil exports to China fell by almost 42% (June 2015). An additional factor affecting the drop in oil purchases from the Saudis was the signing of an agreement between Russia and China (in 2013, Rosneft signed a deal worth $ 85 billion with the Chinese company Sinopec to supply 100 million tons of oil during 10 years ; later, the same Rosneft signed an 25-year contract worth $ 270 billion with the Chinese state oil company CNPC for the supply of 365 million tons of oil). As a result, in June 2015, Russia overtook Saudi Arabia and became the largest supplier of crude oil to China. China imported record 3,92 million tons from its northern neighbor in May, 2015 (data from the General Administration of Customs in Beijing). This is equivalent to 927.000 barrels per day (20% increase over the previous month), the analyst notes.

Finally, there is also the Syrian question between Russia and the Saudis.

Based on the opinion of the President of Venezuela, Nicolas Maduro, the author claims that Saudi Arabia, playing on the side of its ally, the United States, participated in bringing down oil prices in order to create even more problems for the Russian economy. In fact, there is a real “oil war” between Saudi Arabia and Russia. The journalist sees its reason in the Syrian conflict.

For Russia, Syria is a very important ally: it provides Moscow with access to Latakia (a strategic seaport). Syria also serves as a gateway for Russian interests in the Middle East.

As a result, the Saudis and Russians are fighting not only for dominance in global oil markets, but also for political priorities in the Middle East. And despite the agreements signed during the visit of the crown prince to Russia, it is extremely unlikely that the parties will be able to overcome their differences. There are also ideological contradictions about Syria: Russia, thinking about rapprochement with the Saudis, “simplifies the situation, ignoring the deeply ideological character” of Riyadh’s struggle with Syria. Russia supports Assad from geostrategic necessity, and for Saudi Arabia, the main causes of the conflict with Assad are ideological differences and Saudi adherence to Wahhabism, emphasizing the "purity" of faith by destroying "rogue".

So, the Russians and the Saudis are unlikely to find a common basis for reaching a compromise solution. How will Saudi Arabia and Russia overcome competing positions in world politics to form a strong alliance? Yes, nothing.

But for the formation of a strong union, countries must have long-term common interests, the author notes. Otherwise, they will only be able to cooperate for the short term. For example, Saudi Arabia could get nuclear technologies from Russia. Saudi Arabia, in turn, could provide Russia with modern oil production technologies. That's all. Relations between Riyadh and Moscow have nothing more to do.

of the latter, News it’s known that we add from ourselves that the king of Saudi Arabia, Salman bin Abdel Aziz al-Saud, plans to pay a visit to Russia. “We sent an invitation to the Saudi side, we are waiting for proposals from Riyadh in order to combine the working schedules of the heads of state,” a source at the Russian Ministry of Foreign Affairs quoted Gazeta.ru. October or November are called the likely dates of the visit.

Obviously, in the late autumn, the short-term interests of Russia and Saudi Arabia, about which the independent analyst Salman Rafi writes, can either become more concrete or remain “agreements” that have no prospects.

We are in Yandex Zen
Saudi bloc: can Riyadh strengthen the coalition and why was the Pakistani general appointed chief of the alliance headquarters?
Saudi Arabia is preparing for a big war
53 comments
Information
Dear reader, to leave comments on the publication, you must to register.