James Foggo: I was always impressed by the immediate response of Russians to our maneuvers

4 September 2015
101
The Russian fleet is closely watching the US Navy ships, which "continue to wave the flag from Russia on the threshold" in the Black Sea, the article says in the pages of the Navy Times. 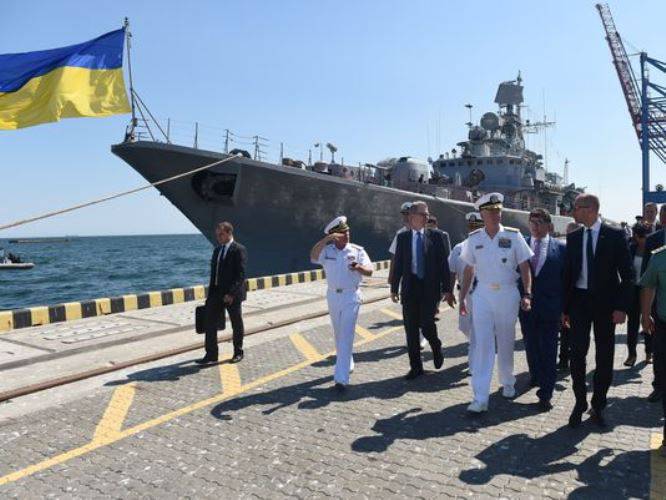 In an interview with the commander of the 6th fleet James Foggo noted that American ships, regularly entering the Black Sea, "in nine out of ten cases awaits a Russian warship."

And this time the ship of the Russian Navy was greeted by the destroyer Donald Cook, who arrived at the Sea Breeze exercise. “When we are in close proximity to each other, we watch them, and they follow us. It has always been a professional interaction, and I hope that this will be so. ”- quotes the admiral RIA News.

According to him, “quite often Russia responds to NATO’s naval maneuvers with sudden exercises and uses a large number of ships.” “This is a strategic message, it always impresses me. Sending ships to the sea immediately is not so easy, ”Foggo said.

Ctrl Enter
Noticed oshЫbku Highlight text and press. Ctrl + Enter
We are
Sea Shadow - ship invisible for scrap
101 comment
Information
Dear reader, to leave comments on the publication, you must to register.