Russia is a fantastic country. Or not? 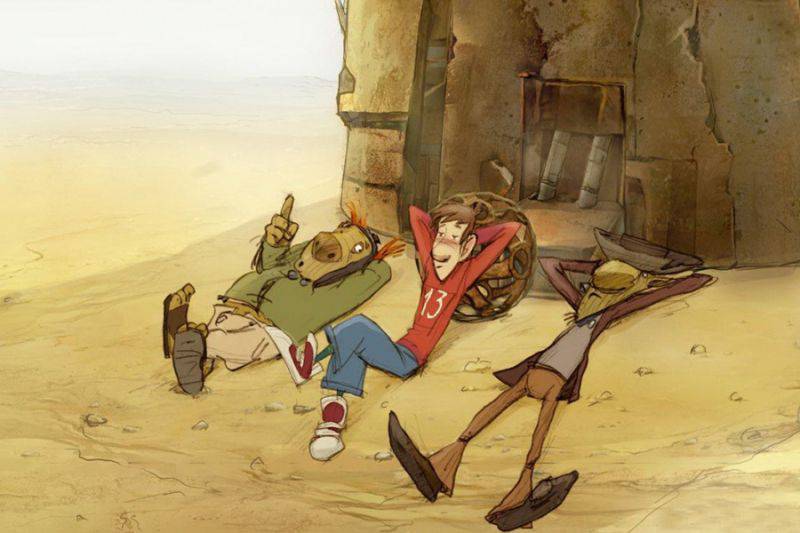 The writing of this article was caused by the forum’s reaction to some of my comments and the sudden release of citizen Vasilyeva from prison, who successfully completed her tasks to “optimize” the armed forces of the Russian state.

- Now I would change my wording a bit. I think she might try to become an empire. But it will be a failure. An empire will only succeed if Russia succeeds in subjugating Ukraine. But it is very difficult to achieve.

... I will repeat it again - it all depends on the Ukrainians. Especially from the new generation of Ukrainians who were born citizens of Ukraine, and not citizens of the Soviet Union.

Russia will have to go through the same process if it wants to become a modern society. "

It would seem that everything is concrete. Brzezinski is an enemy of Russia, but in this case is right. Without Ukraine, Russia can not be an empire. There were no attempts at rapprochement. Time is over. The worst scenario for the West (the unification of Russia) did not take place. The split and mutual hatred, fueled by the media in Ukraine and Russia, is intensifying.

Do we need an empire?

Comment Fin: “Cho-you in the jungle suffered. Empire you need? "

Yes, I need it! How it was needed by my ancestors, who protected the borders of Holy Russia. For the faith, the king and the fatherland, they smashed any adversary.

What served as their unifying principle and great power?

My grandfather Fyodor Semenovich, who had fought back in 1, and did not part with the prayer-book before his death, to my attempts to explain that all the miracles of Christ are refuted by elementary physical laws and other scientific achievements, having carefully looked at me, said: “Well, you all are fools!”

Next comment. Holy righteous about. John of Kronstadt (1906): “Our intellectuals are insane and pitiful, who in their frivolity and thoughtlessness have lost the faith of their fathers, faith is this firm support of our life in all sorrows and troubles, this anchor is firm and true, on which our life stands firmly among the storms of everyday life and our fatherland! ”

(1907): "... because of the godlessness and the dishonesty of many Russians, so-called intellectuals who have gone astray, have fallen away from the faith and are vilifying her in every way, who have redeemed all the commandments of the Gospel and admitted every depravity in their life, not the Lord’s kingdom, but the wide and detached kingdom of Satan, which penetrated deep into the minds and hearts of Russians, falsely learned and half-educated, and all who live extensively in the attraction of their passions and in false, perverse concepts of their striking mind. ".

Is the righteous holy Fr. John of Kronstadt? Is my grandfather right about us or not?

Did the director G. Danelia have an outstanding gift of foresight, having shot the film “Kin-dza-dza”, which was not understood by contemporaries? He put an end to the magnificent cartoon with the same name in name and plot, a parody of our modern times.

Is not the current Russia in the truncated boundaries of the planet Pflug with a flourishing color differentiation of pants? Where the owners of crimson pants, that is, those who have a lot of KC and chatlov, etsilop (read on the contrary - the policeman) has no right to touch. Where patsaks (read the opposite - katsaps, in Ukrainian slang - Russians), must have tolerant bells in their noses and chatlans, "respected" people who have a lot of chatls, should also be squatted and "Ku" do. Where fuel "Lutz" - the main source of the budget of the planet. Where are the elements of the highest technology from classical music "We are sick!" Where the degree of respect for a person depends on the presence of a clever "pepelats".

I do not malice. I fully support all positive undertakings and movements associated with the strengthening of the economy, the army, the development of patriotism, even if this is sometimes done in advertising, organized forms, when the number of slogans and statements many times exceeds the real deal.

But in what soil will the seed of patriotism fall? In order for the grain to sprout, the soil must have fertilizer with the appropriate idea. The idea of ​​achieving maximum comfort, in my opinion, gives the opposite effect and serves as a tool for separation and destruction.

Russia is not the West. And this confirms all its centuries-old история confrontation.

St. Ignatius (Bryanchaninov): “And here European enlightenment penetrated with its fornication. Officials finished the course in different universities, they seem to believe in the same money; at the root of evil grows all the branches of evil. What will be of this? "

Metropolitan Anthony (Vadkovsky, 1846-1912), St. Petersburg and Ladoga (1905): “It is not the first time that Holy Russia is visited by severe disasters. She survived the times of imposture, with honor and triumph out of the age-old struggle with the Swedes and the terrible Napoleonic wars. But not that Russia was then what it has become now. In those days she was strong in love and her holy faith, unshakable in her devotion to the King and Fatherland. And now what we see? The native sons of Russia, under the influence of the pernicious teachings unknown in the old days, are tearing apart its maternal heart with hostility. There is no love for the Church; reverence for power (the Tsar) has disappeared. Everything turned upside down, holy everything is trampled. From the side even terribly look at our moral profligacy. And for that, in all truth, we have become despicable to all ... "

Russian spiritual philosopher G. P. Fedotov (1886-1951) wrote (1926): “We did not want to bow to Russia — the queen who was crowned with the royal crown. He hypnotized the political face of Russia - the autocratic oppressor of nations. Together with Vladimir Pechorin we cursed Russia, with Marx hated her. And she did not endure this hatred ... The Russian State, which has always frightened us with its cruel weight, now does not exist. We helped break it with our hatred or indifference. The redemption of this guilt will be hard. ”

What is the people, this is the state!

"It is impossible to live in society and be free from society." So we were taught the classics of Marxism-Leninism. Or it is possible that the great Russian saints showed by example. So which one is right?

Denying both those and others, offering to withdraw from ourselves and our family, we come to the third variant, which corresponds to the philosophical theories of Nietzsche and Freud's egocentrism. These theories are the basis and foundation of a liberal-democratic society. Thus, while berating the liberals in the Russian government, are we not their breeding ground?

For Marxists, Stalinists, who can say that they won the Great Patriotic War without any saints, I, also considering Stalin to be an outstanding political figure, whose genius is indisputable, will give one example.

The order of the Mother of God, given to Stalin through the Metropolitan of the Lebanese Elias Mountains in 1941, was carried out without fail, right down to the last paragraph about inviting the Metropolitan to Russia after the war, in order to tell how Russia was saved.

In October 1947, Mr. Stalin invited Metropolitan Elijah to Russia. The Kazan Icon of the Mother of God, the cross and panagia, decorated with gems and stones from all regions of the country, were given to the dear guest as a gift, so that all of Russia participated in this gift. By Stalin's order, the most skilled jewelers made panagia and a cross. At the same time, the government awarded him the Stalin Prize for helping our country during the Great Patriotic War. Vladyka refused the prize, saying that the monk did not need money. “Let them go to the needs of your country. We ourselves decided to transfer 200000 dollars to your country to help orphans whose parents died in the war, ”said Metropolitan Elias. Vladyka visited Moscow, Leningrad, Kiev, Odessa. The materials on the stay of Metropolitan Elijah in the USSR, published in the Journal of the Moscow Patriarchate (1948. No. 1), were never completed. The precipice occurred on the visit of Vladyka to Leningrad, where, with an enormous gathering of people, his story about the appearance of the Mother of God was heard in the Prince Vladimir Cathedral.

Alexander Peresvet, in a duel with the bogatyr Chelubey, took off his armor and remained only in one great schema (a monastic robe with the image of a cross). He did this so that the longer spear of the enemy, passing through the soft tissues of the body at high speed, did not have time to knock him out of the saddle, and then he would be able to strike himself, having struck Chelubey, which happened in battle. After receiving a mortal wound, he continued to remain in the saddle, was able to get to the building himself, and only died there.

“Godlessness absorbs states and sovereigns, faith, law and morals. See the hell over which madness reigns even more strongly in the end of the age ", - said A.V. Suvorov.

Or maybe he is wrong?

Ctrl Enter
Noticed oshЫbku Highlight text and press. Ctrl + Enter
We are
Zbigniew Brzezinski as a mirror of American devolutionWhy the West needs Russia
52 comments
Information
Dear reader, to leave comments on the publication, you must to register.