Kremlin looking for a foothold 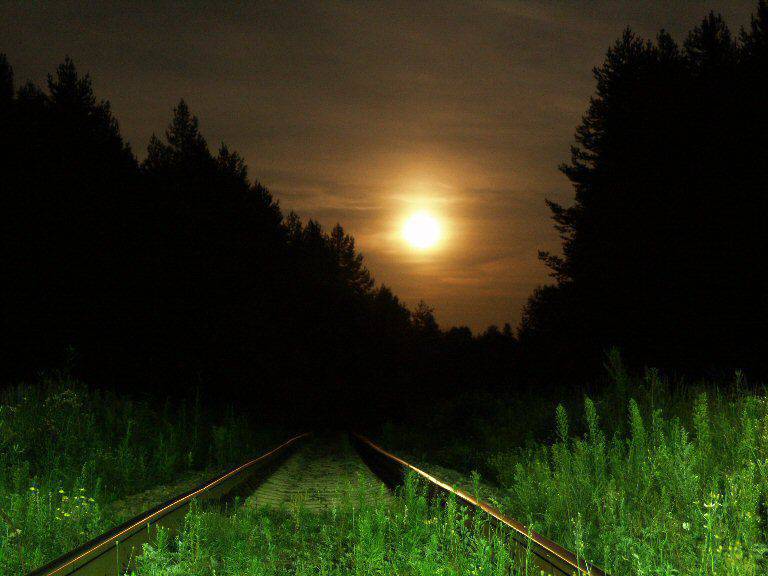 Noticed how recently the Russian authorities are pressing on all sorts of bond historical and spiritual plan?

About the defense of Sevastopol remembered. About the first and about the second. About the liberation of Kiev, they remembered less, but about Sevastopol - many times - on the stage, on motorcycles, even in the bathyscaphe.

The last event is the visit of Prince Dmitry Romanov to the Crimea. Moreover, the prince not only visited historical places, but also stated that he would like to move to the Crimea for permanent residence.

But not the Crimea alone.

They also recalled the millennium of the death of Prince Vladimir. Even decided to erect a monument. Not yet built, but already decided.

And they did not forget about Victory Day - they noted it in the way they never did in the Soviet Union, except in 1945. So noted, as if yesterday won. It was as if all those living today had passed through this war, were starving and getting enough sleep on 4 for the year in a row, bringing the same day in every way.

By the way, in recent years, the Victory Parade in Moscow is held even more often than in Soviet times. In the USSR, the parade was not held every year. Although the USSR was the winner, the current government, on the contrary, was the liquidators of the USSR. But the victory is celebrated with special excitement, as if they had won. The truth is not without incidents - in 2011, for example, the Russian leadership took a military parade while sitting, for the first time in the history of the country. But they just tried very hard, tired and crouched.

And you can still give many different examples.

But let's better think about why this is happening.

Why did the Kremlin begin to actively seek out various “claps” and recall distant events, iconic places, various victories, including Soviet ones, which looks somewhat curious after the deliberate elimination of the USSR.

You say that in all countries so?

State and historical holidays - yes, there is. But very few are widely celebrated, and the leadership of other countries pushes no speeches on every historical date.

So you can imagine Obama driving around the country and telling the American people where he was baptized, died, resurrected or defeated the enemy in the distant past?

Or Merkel? Or Oland?

There are holidays, festivals, anniversaries all over the world, but nowhere does the head of state focus his attention on various historical dates and iconic places, as has been done recently in Russia.

I repeat - a few years ago for some reason they did not recall either Korsun or much more. About the Crimea before 2014, none of the authorities said at all that he should return to Russia. And then suddenly realized it ...

We can assume that the whole thing in Ukrainian Maidan. After the Maidan, the issue of uniting Russian society in the face of anti-Russian rhetoric on the part of Ukraine and Western countries was actualized.

Yes, there is such a moment.

But it seems to me that this is not the only thing.

The main reason is the lack of ideology in post-Soviet Russia.

The Soviet ideology was canceled, but no other people were introduced. And when there is no idea in society, it either falls apart, stratifies, which is very dangerous for the state, or it finds a new idea from among the most understandable and simple ones.

Russian society, being in an ideological vacuum, jumped at the idea of ​​enrichment and consumer well-being. And for zero it worked. But, as it turned out, the idea of ​​consumption is not for long.

The idea of ​​arranging private life only worked well as long as income grew, loans became more accessible, and the range of goods in stores expanded.

But in 2008, the Russian economy was confronted with a crisis that it could not really overcome. The economy of the pipe rested against the ceiling of oil prices and could not grow further.

The idea, or rather a surrogate of the idea, consumer well-being began to slip noticeably.

Gradually, Russian society began to realize that “they were pampered and that's enough,” there would no longer be eternal consumption, you need to think about something else.

And so, whether the Kremlin wanted to or not, a new idea was found.
And this idea became the so-called "Russian world".

The idea of ​​reuniting the people and returning Russia to the status of an empire, a superpower, quickly took the place of the idea of ​​consumerism, which noticeably stalled and lost its former attractiveness.

That is why the return of the Crimea met such broad support in Russia. And for the same reason immediately after the Crimea, all of Russia paid attention to the Donbass.

But here the Kremlin is faced with the fact that it cannot ensure the implementation of a new idea - the idea of ​​reuniting the people and returning Russia the status of an empire.

Purely theoretically, this is possible, because the Bolsheviks did it at one time, but the fact is that in the 1991 year, the Kremlin just exchanged superpower status and people's unity for access to foreign loans, assets, real estate and other Western goods for the post-Soviet elite, for the new Russian bourgeoisie. And the consumption that was granted to the people in zero, was also the result of the rejection of the unity and status of a superpower in 1991.

And now, in order to reassemble the country and return its status, it is necessary not only to verbally declare 1991 events a mistake, but also to practice revising privatization, nationalize many enterprises, move to a mobilization economy, re-industrialize and go on the list.

And the Kremlin is just not ready for this.

The Kremlin is at an impasse:

The Soviet ideology was betrayed, the surrogate idea of ​​consumption exhausted itself because the raw materials economy had rested on the ceiling of oil prices, and the emerging idea of ​​the Russian world and the reunification of the people, returning superpower status to Russia - in the paradigm of cooperation between the Russian bourgeois elite and the West is simply impossible and disastrous for this elite.

Roughly speaking, the compradors confrontation with the West (which is inevitable in the framework of the idea of ​​the Russian world and the restoration of Russia's superpower status) is similar to death.

That is why the Kremlin began to slip various festivals, symbolic places and events from the past to society.

The Kremlin is trying to shift the attention of Russian society from the present to the past, looking for points of support in the past.

So that the people think less about the current not very decent position of Russia in the world, when Russian politicians are dragged behind the ears at the UN and PACE, and in the territory of Donbass, the former Russian province, there is an internecine war, in which Russia also acts in a far from best way, to put it mildly .

“Let's not think about the ugly present, let's take all the best from the past and live with it,” is the logic of the Kremlin.

And nothing, that the power in Russia belongs to the successors of Yeltsin and his team, who in 1991, just broke up the winners, and the CPSU was banned altogether, declaring it to be a criminal organization.

The main thing is to make a kind of mosaic from past victories, events and iconic places in order to fill this mosaic with the space that the national idea should occupy in society.

Because if you don’t fill the “place of the idea” with anything, if you don’t offer any idea to the society, or at least its surrogate, the society will either turn to the old Soviet theses or demand a “continuation of the banquet” (that is, the extension of consumption for at least ten years), either it will start demanding "the Russian world and the Russian empire", or it will find something else.

And what is most dangerous is that if society is not offered some uniform holistic ideology from above, then it will begin to split, because in the course of searching for ideas from below, some will turn to Soviet theses, others will demand a banquet, others will speak for the Russian world, the fourth for something else .

By the way, there are already signs of such a split, just as long as they are not very strong.

And what is bad is that you cannot close the ideological breach only with memories of the past.

With all the desire you can not.

Memories of the past, devoid of ideas about the future and the development program of the country - it's just a distraction and reflection.

Society can not engage in continuous reflection and live forever victories.

Memories of great victories and glorious pages in the history of Russia and the Soviet Union necessarily lead to ideas of repetition, reproduction of the best in the future.

Is the Kremlin ready to reproduce all this?

And if you play, then what?

Prince Dmitry Romanov arrived in Crimea - the question arises: will we restore the monarchy, or did he just come to visit?

They celebrated the Great Victory, as widely as the Soviet Union did not celebrate - the question arises: will we again liberate Kiev and drive the fascists further, or is it just like that, celebrated and forgotten?

They remembered Korsun - a question arises: what, is Kiev a less significant place for the Russian people than the Crimea?

Therefore, the Kremlin, trying to plug the ideological breach with memories of the great past, and very different, from different historical eras, itself pushes society to questions about the future.

To questions pushes, but does not give an answer.

And the Kremlin will not do anything good until it abandons the dead-end and treacherous paradigm of enriching the elite in cooperation with the West and offers the society a program and idea aimed at the development of Russia — an idea that will fit the great past of Russia and the Soviet Union.

And until this happens, questions will accumulate in the society and the demand for answers will constantly grow.

A growing demand will necessarily lead to the fact that there will be a proposal.

And if the current government does not give an answer to questions about the future of Russia, it will not offer a worthy idea (and it is most likely not able to offer it) - this answer and this idea will be offered by someone else.

Ctrl Enter
Noticed oshЫbku Highlight text and press. Ctrl + Enter
We are
About Stalin and KhrushchevWhat you didn't want to know about England
173 comments
Information
Dear reader, to leave comments on the publication, you must to register.