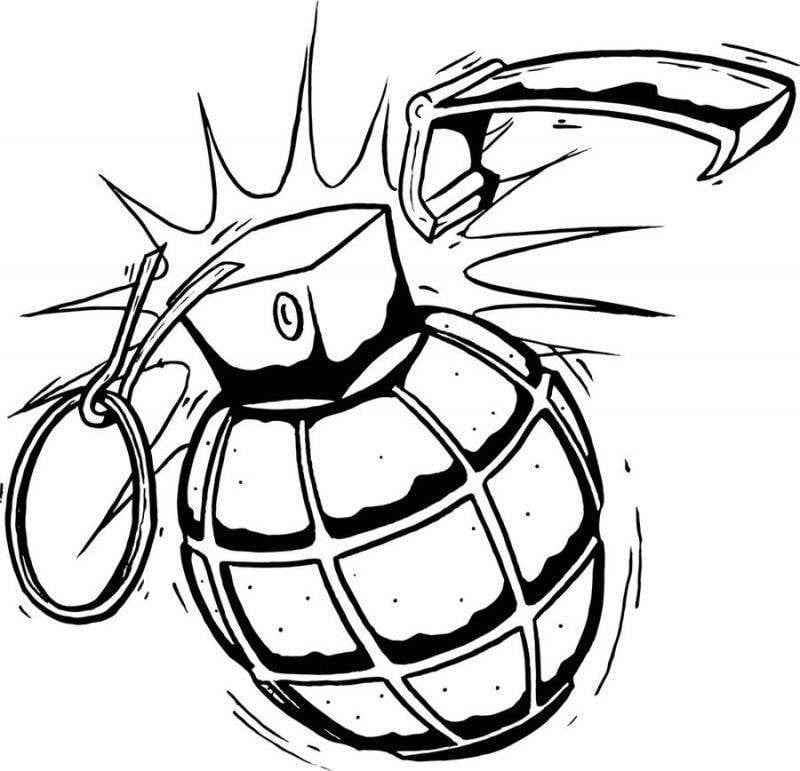 In Ukraine, the era of Maidan gone. And forever. And it is natural. Independence is no surprise. And you will not scare anyone. This Yanukovych at the sight of the crowd nervously shook and strove to bang into a swoon. And the current rulers of Ukraine are just quietly packing into Maidans, entangled under their feet Maidan, and then somewhere they are taken out. And no gu-gu. "Democratic public" is silent. And this is understandable. Democracy requires sacrifice.

In general, scooped themselves Maidan. To the very bottom. The Ukrainian authorities are accustomed to them as a drug addict. They do not "torch" it more.

Yes, and difficult to organize all these Maidan. It is no secret that the civil society of barricade type in conditions of chronic lack of money is like a mad paralytic. Only can hysterically moo. And twitching convulsively. Where there is no "bucks", there is no Maidan. And the embassy of the USA no longer delivers notes with the faces of dead American presidents to Kiev by diplomatic containers.

Therefore, the objective prerequisites for the new Maidan seem to be as they are, but the Maidan is not observed. And will not be observed. For what is permitted by Jupiter, it is impossible for the bull.

However, this does not mean that Ukrainian bykovatost, devoid of independence, will find peace in the quiet, inconspicuous life of the vegetable beds. As the Petro Poroshenko and Arseniy Yatsenyuk want now.

Ukrainian Pandora's Box is already open. And this means that it is replaced by something else that has lost its effectiveness, or the virginity of the Maidan. Already, Ukraine is struggling in creative torment, giving rise to new forms of struggle for people's happiness, optimally responding to the new conditions prevailing in the country.

Now in Ukraine, only fools are waiting for the new Maidan. The smart ones have either already left or are packing their bags, realizing that revolutionary creativity does not involve repetition of the old forms of collective suicide. And new forms suggest more effective ways of self-nulling. In Ukraine, the times of a man with a stick are over. The long era of man with a grenade is approaching.

I think that of those literate people who still remained in Ukraine, some have heard something about Vera Zasulich. No, this is not a Ukrainian Nazi from the battalion "Azov", famous for the execution of "Colorado". This is just a socialist and populist from the last century. However, what is the socialist and populist of those times now, essentially different from the current social-nationalists? Right. Nothing.

So here. In those days, the young Vera Zasulich came to the office of the St. Petersburg mayor Trepova and selflessly fired at him from a revolver. The cavalry general was naturally sent to intensive care. Zasulich - to court. But the young terrorist has so deeply sunk into the soul of the public with her heroic act that the court, under the weight of the opinion of this public, who saw the Russian Nemesis in the former binder, let her go. The heroine was free. The audience applauded standing with glee.

And after that it began ... In all the major cities of the country, a mass hunt for high-ranking officials, the “bloody regime dogs,” began. They were stabbed with knives, shot from revolvers, exploded with bombs. Even Alexander II became a victim of terror. At the same time, the progressive-minded society continued to applaud this in unison. Then, as now, the idea prevailed that if someone was killed “in the name of justice,” then those for whom “fair” murder was committed will live long, happy and rich.

Therefore, it is possible that Igor Gumenyuk, who threw a hand grenade into a line of Ukrainian national guardsmen near the Verkhovna Rada, is the social-nationalist Vera Zasulich of our days, which opens the hunting season for Ukraine's zradnykiv. In psychopathized societies, actions that have found a response in the souls of a significant number of people are doomed to repeat. And here even their zomboyaschik will not help the authorities. Ratings of famous Ukrainian politicians do not go beyond statistical errors. The people once again hate the next power with all the fibers of their soul. And this hatred, sooner or later, will find for itself the optimal form of objectification. And it will not maidan.

In a country where a machine gun can be easily exchanged for a bottle of vodka, and after firing at the police with machine guns and grenade launchers, they completely dissolve into the forest, the Maidan is a vestige of the past. In such a country, the miraculous hatred of power will naturally cast bullets, grenades and mines.

I think that the people of Ukraine noticed how they were running around, how fussing about, how frightened the big Ukrainian chiefs of the exploding grenade “Svobodovets” were. They say that the deputies in a panic left the Verkhovna Rada through underground tunnels. They have no conscience and honor, but they have fear. They fear in the most banal way the people they rule. No wonder that armored personnel carriers instantly appeared on the streets of Kiev.

And this stormy effect caused only one grenade. True, abandoned, in general, not in the National Guard, and in the parliamentary coalition. Most likely it was marked in it.

Now imagine what will happen if the grenades begin to throw, not only on request, but also from an excess of feelings? Well, what is not enough now in Ukraine of individuals with "phase shifts" and hand grenades under the bed? Or is there an acute shortage of paranoid political fanatics who are ready to cut, shoot and blow up for the sake of the nation?

Regulars of social networks well remember the photo of a certain Ukrainian patriot who appeared there, he was happy to aim from a grenade launcher to the building of the Verkhovna Rada. People liked this photo. Pereposty. Witty comments. And anything like that ... The police are already looking for cynical hooligans who have invented such an amusing "joke".

But for the sake of Hochma, the Ukrainian patriots will take aim for a time, for the time being. In order to direct the trunks, they have already decided. And the public has approved this direction. And the recent grenade, which caused the inflexible “Achtung” among the post-Maid leaders, could not but inspire Ukrainian golot.

Of course, it’s impossible to get from a rooftop grenade launcher to the dome of the Verkhovna Rada from the roof of the Ukraine Hotel. Too far. it weapon melee. Intended to destroy armored targets. This is me to the fact that Pyotr Alekseevich and Arseny Petrovich did not have enough militia to protect the routes that their armored “members” ride on. If anything, they will have to remove battalions of valiant ATO heroes from the confrontation line in the Donbas. Although in modern times it is better for the Ukrainian president and prime minister to sit all the time, somewhere in a bunker.

In addition, a grenade launcher is not the only weapon of a true Ukrainian patriot. For example, the building of the Verkhovna Rada is extremely vulnerable to mortar shelling. In a small "minivan" several BM-37 mortars with the required ammunition easily fit. At the same time, it is necessary to understand that there are virtuosos who are able to hit a mortar in the window. Now imagine what "Achtung" will begin in Ukraine after a five-minute mortar shelling of the same Verkhovna Rada.

And imagine how many paranoids are there in the country who understood this after a grenade exploded under the walls of the Ukrainian parliament. None of the Maidan is able to influence the “evil nation” as a torn hand grenade and, moreover, the five-minute work of two BM-37. There are no revolutions that would not devour their heroes. It's unavoidable. Because it is impossible to stop the chaos that broke free without destroying the carriers of this chaos. The Great French Revolution ended with Thermidor, the Great October Revolution - with the Stalinist purges of the so-called. "Lenin's Guard", the Nazi revolution in Germany - "The Night of Long Knives".

Now Poroshenko and Kobko are trying to curb famous neo-Nazi organizations. But this is the same as cutting the heads of the Hydra, in which two new ones grow instead of one felled. It makes no sense to fight with the investigation, ignoring the cause. And the reason for the emergence of neo-Nazi gangs in Ukraine is the current political regime there. Therefore, the growing opposition Poroshenko and K˚ with the so-called. Ukrainian patriots of various stripes are Orobos, a snake devouring its tail.

Ctrl Enter
Noticed oshЫbku Highlight text and press. Ctrl + Enter
We are
What you didn't want to know about EnglandRevealed the secret of provocation in the American Boston
26 comments
Information
Dear reader, to leave comments on the publication, you must to register.