Farther from Ukraine, closer to Russia 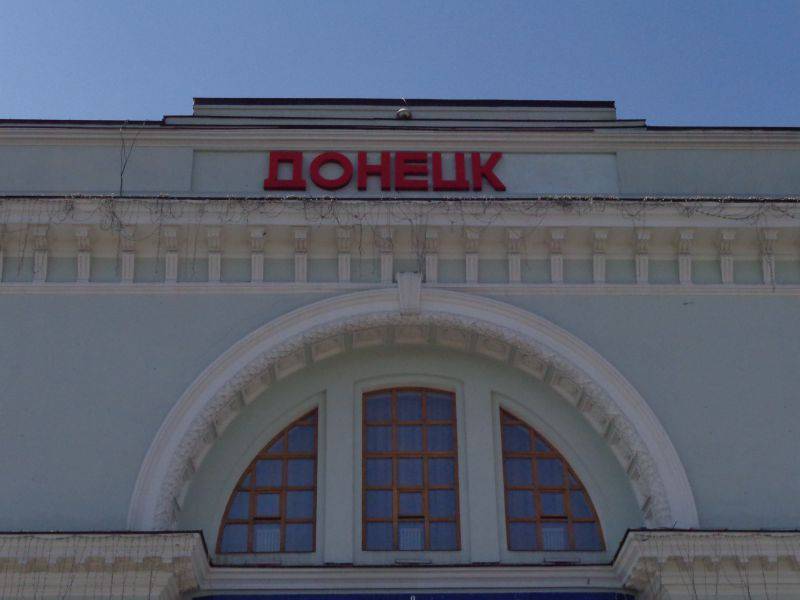 Half a month ago, when I published a report on the state of the railway station in Donetsk on the website, in the comments there was a wish to remove a soft sign from the name of the city on the building. So that it was written not "Donetsk" in Ukrainian, but in accordance with the norms of the Russian language - "Donetsk". I inform you: this wish is fulfilled. Now the city is named in Russian. 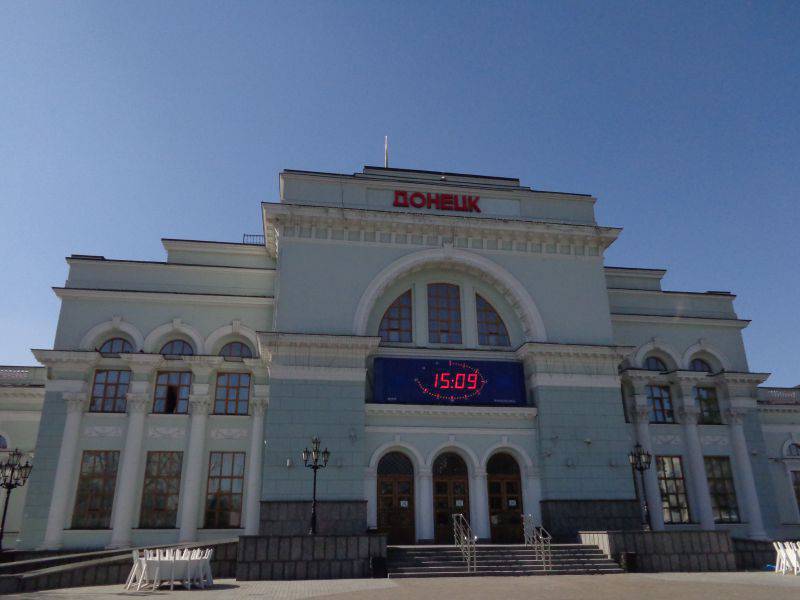 It would seem an ordinary event. But many Donetsk residents took it with enthusiasm. They say: "We have been waiting for this for twenty years." True, they add: there would still be trains to Russia to start up ...

But on the City Day, terrible funnels caused by shelling of ukrokaratels closed up the station. And only a few missing glasses are reminiscent of what happened. 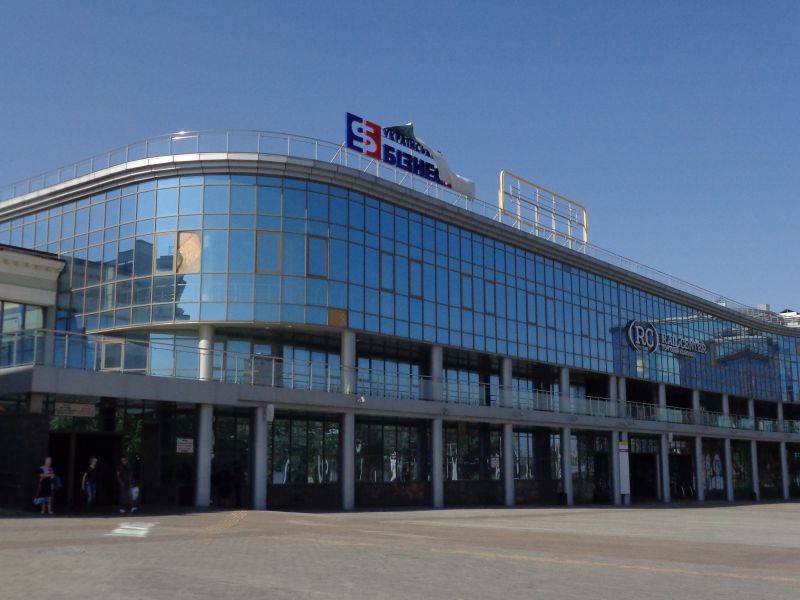 Now in Donetsk, many signs are changing with the name of streets, avenues, boulevards. Basically, this is done by volunteers on holiday dates. But the city is increasingly acquiring Russian signs and Russian features.

In the schools of the Donetsk People's Republic, the time to learn Russian will be doubled. And, accordingly, the time for studying Ukrainian has been reduced. I must say that Russia helped the children of Donbass to prepare for school.

As the Minister of Education of the DPR, Larisa Polyakova, stated, on the Knowledge Day, first-graders were given stationery kits and briefcases. Students also gave textbooks for free, unlike in Ukraine. All this - textbooks and subjects necessary for schoolchildren - was brought by a humanitarian convoy from Russia. According to Polyakova, another convoy is expected soon, in which there will also be textbooks.

The economy of the DPR and the LPR is also getting closer and closer to Russia. In the Luhansk People's Republic, the ruble has already been declared the main currency. By the same prepare and in the NPT. According to the head of the Republic, Alexander Zakharchenko, by mid-September, the Ukrainian hryvnia will become foreign currency.

Of course, the negative consequences of such a move are also expected - price increases. But the people are ready to tolerate even this, especially since there is no other way out - there is too little of the available hryvnia, the trade turnover with Ukraine has decreased too much. Guide DNR promises gradual indexation of wages, pensions and benefits. All these steps speak of one thing - the economy is reoriented towards Russia, although this is not an easy process.

Many children of Donbass have rested in Russia over the summer. And the Russian Federation continues to take children for treatment and rehabilitation. Only 2 of September, four sick children were transported to Rostov, from where they were taken by air transport EMERCOM of the Russian Federation to medical institutions in Moscow. The seriously injured boy from Gorlovka Vladik also left for treatment in Moscow, who as a result of the shelling of the city with ukrokaratels in the night from 29 to 30 in July, lost his mother. I recall that in those days they found him dead, but he miraculously survived.

Currently in Russia - and specifically in St. Petersburg - a delegation of the People’s Council of the DPR is visiting. It is headed by the Speaker of the People’s Council Andrei Purgin. Various meetings with politicians and public figures take place. Purgin appealed to the deputies of St. Petersburg with a request to share experience. Delegates also took part in a memorial service for ten volunteers from St. Petersburg who died defending the Donbass. This memorial service took place in the Alexander Nevsky Monastery.

Someone will say: what about the Minsk agreements, according to which the Donetsk and Lugansk Republics are parts of Ukraine? Well, the Ukrainian side is not fulfilling its obligations. The DPR leadership notes that the Verkhovna Rada of Ukraine, considering the draft law on decentralization in the second reading, does not take into account the views of Donbass. Andrei Purgin said that the proposals of Donetsk and Lugansk are not taken into account by Ukraine, despite the Minsk agreements. Donbass cannot refuse its demands. In particular, the attempt of the Ukrainian side to push its election rules on the territory of the People's Republics is unacceptable. According to these rules, Ukrainian parties responsible for the killing of civilians should also participate in these elections. And in the opinion of Kiev, the same Ukrainian mass media, which incited hatred towards Donbass and called for killing, should cover them.

Most of Donetsk residents, having heard news about the tragic events of the Verkhovna Rada, sympathizes with the dead and wounded as a result of new clashes and the explosion of a grenade. And at the same time, people say: “Thank God, that this is not with us. That we are now far from this. ” Because Ukrainian politics is like a theater of the absurd. Since the beginning of the Maidan, people have been constantly dying - “their own” and “aliens”, in war or in riots.

Kiev itself, did everything possible with its own hands to keep the Donbass away from itself and “throw” it into the arms of Russia. But supporters of the Maidan, those who came to power, are completely lacking a causal link: they do not want to see their guilt, but continue to charge it on other people's heads. But in Donetsk and Lugansk they know the truth. Therefore, they are more and more drawn not to those who kill them, but to those who, on difficult days, extended a helping hand - to Russia.

And finally - the news from the literary world. The collection of civil poetry of Donbass “Hour of Courage”, published with the assistance of the Russkiy Mir Foundation, won the Russian national award “The Best Book of the Year” in the “Poetry” nomination. This again speaks of the closest connection between Russia and the unconquered Donbas.

Ctrl Enter
Noticed oshЫbku Highlight text and press. Ctrl + Enter
We are
"Army games 2015". Opening with our eyes. ReportageReport from TsNIITOCHMASH. Part I. Weapons and ammunition
69 comments
Information
Dear reader, to leave comments on the publication, you must to register.